Loosely based on (i.e. "inspired by") this formula: https://en.wikibooks.org/wiki/Cookbook:Scottish_Wheat_Bannock_Bread

The iron griddle and this oven tends to scorch the bottom of breads, so I place the griddle on a circle of aluminum foil, shiny side up.  I tried shiny side down, but then the bottom doesn't brown enough. The foil was in place during pre-heat.

Worked in the olive oil into the dry ingredients. Original recipe called for butter.

Added milk/water. Mixed. Could tell it was going to need more water. Probably had too much flour, as I merely used measuring cup to scoop directly from bag.

Worked/kneaded in small amounts of water until it felt like a nice dough. Forgot to measure additional water.

Pressed out dough by hand to about 8" diameter disk.

Reduced toaster oven temp to 350 F.  Oiled the griddle. Loaded the dough. Docked it a little. Placed in toaster oven. After a 10 minutes or so flipped  the bannock. After a few minutes, flipped again. Last half of bake was at 325 F.   This oven runs a bit hot.

Total bake time was about 25 minutes. I just went by looks and didn't keep exact track.

My cheapy probe thermometer broke so I could not take temp.

Top: (Note: top was browned by baking it upside down for a bit.) 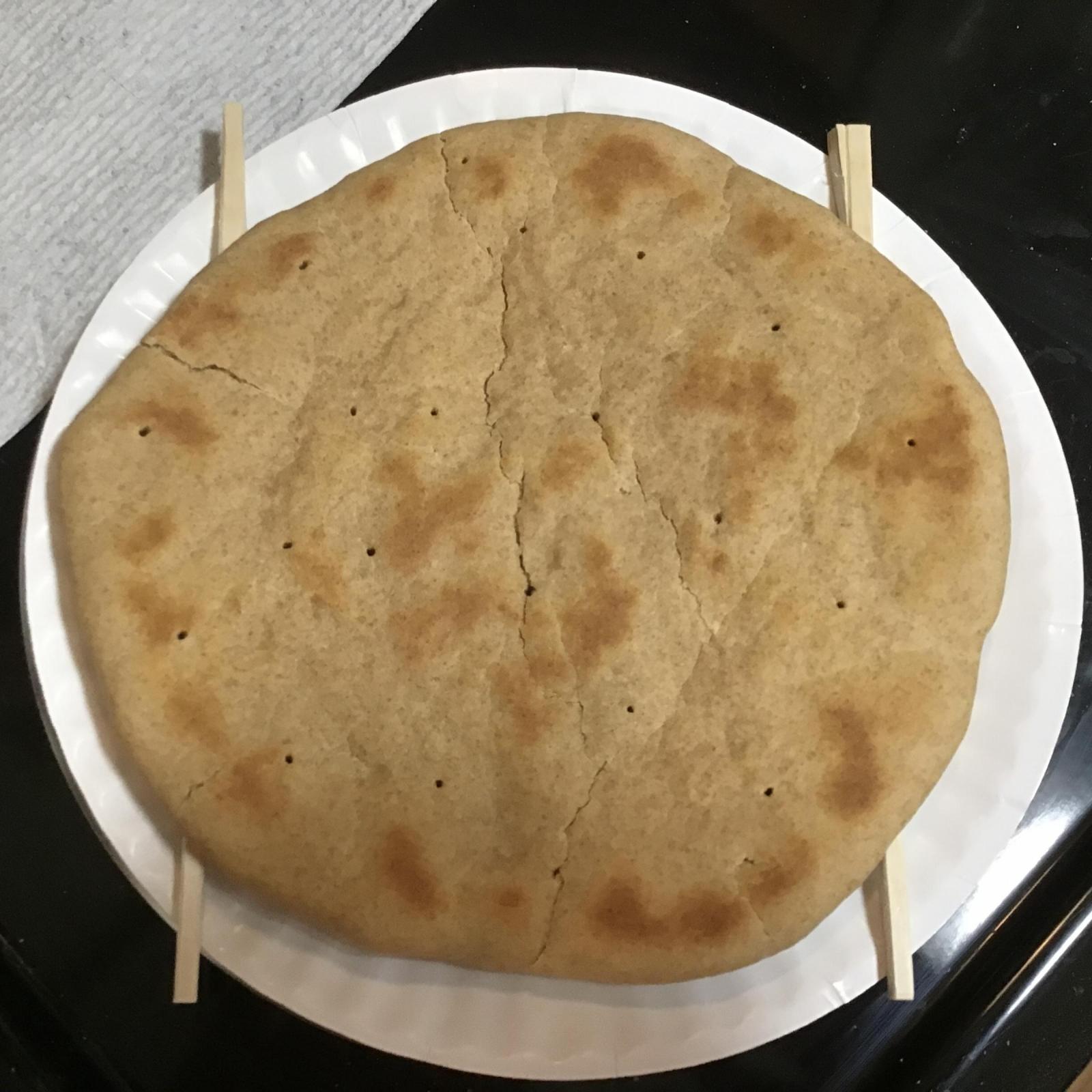 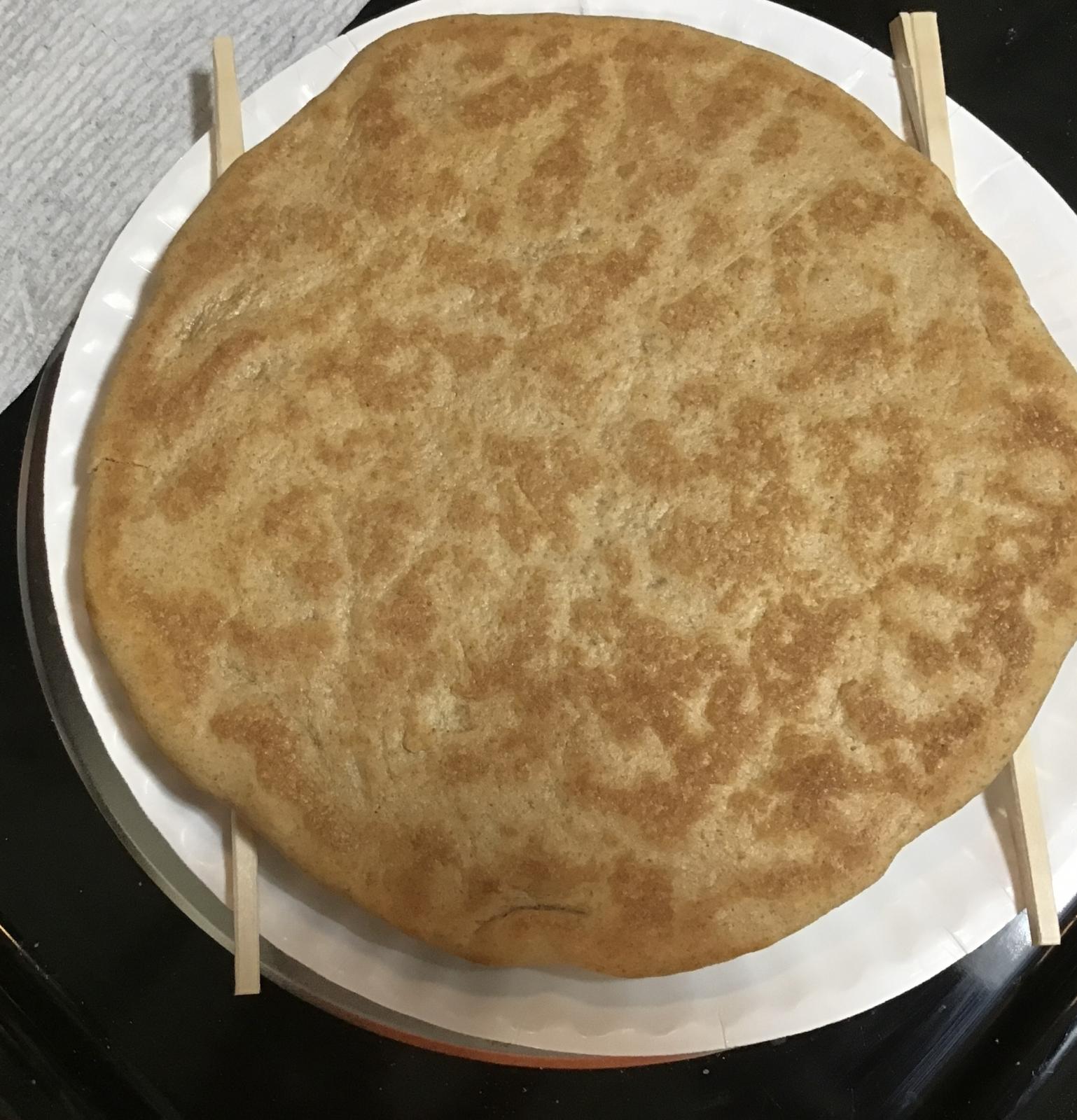 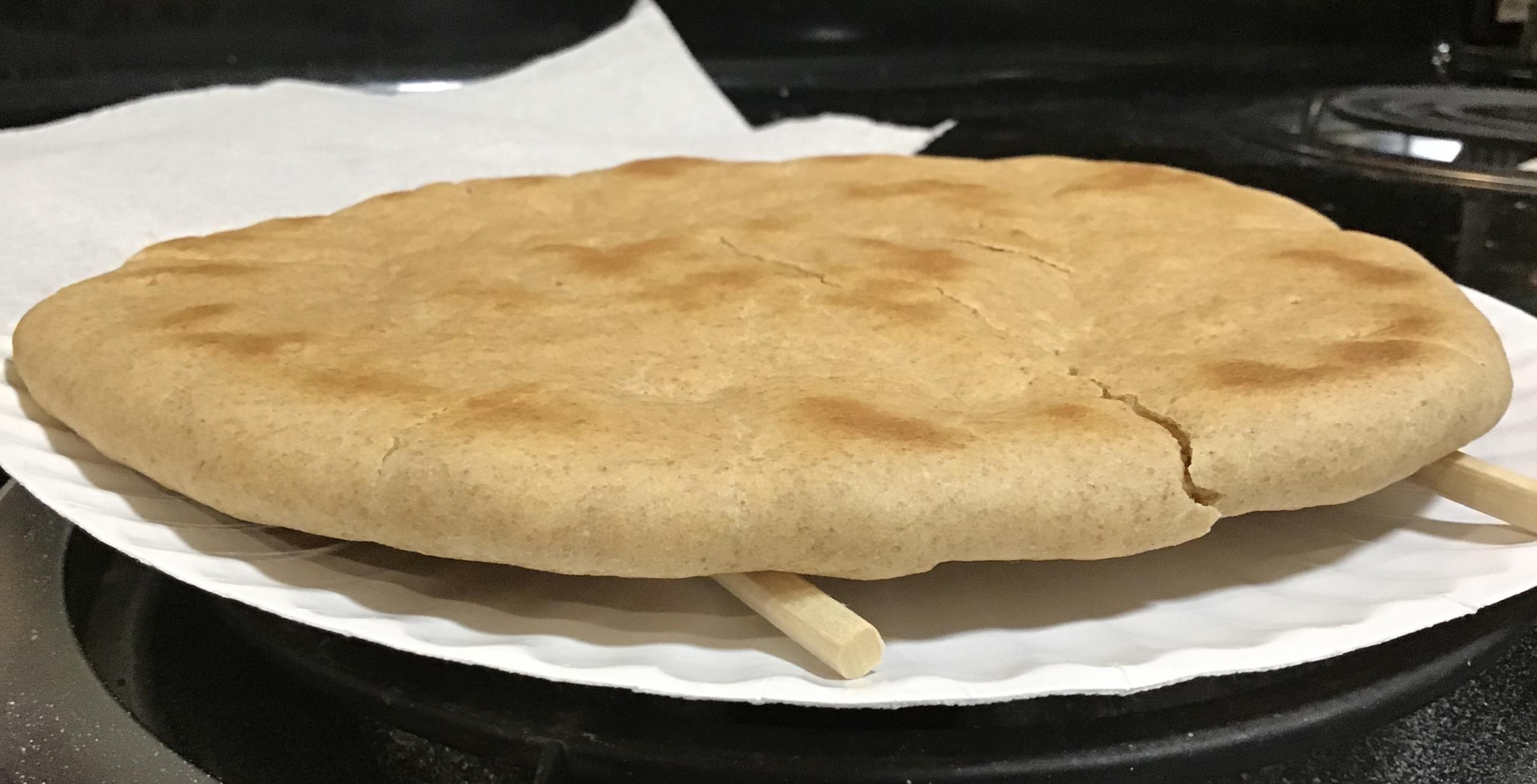 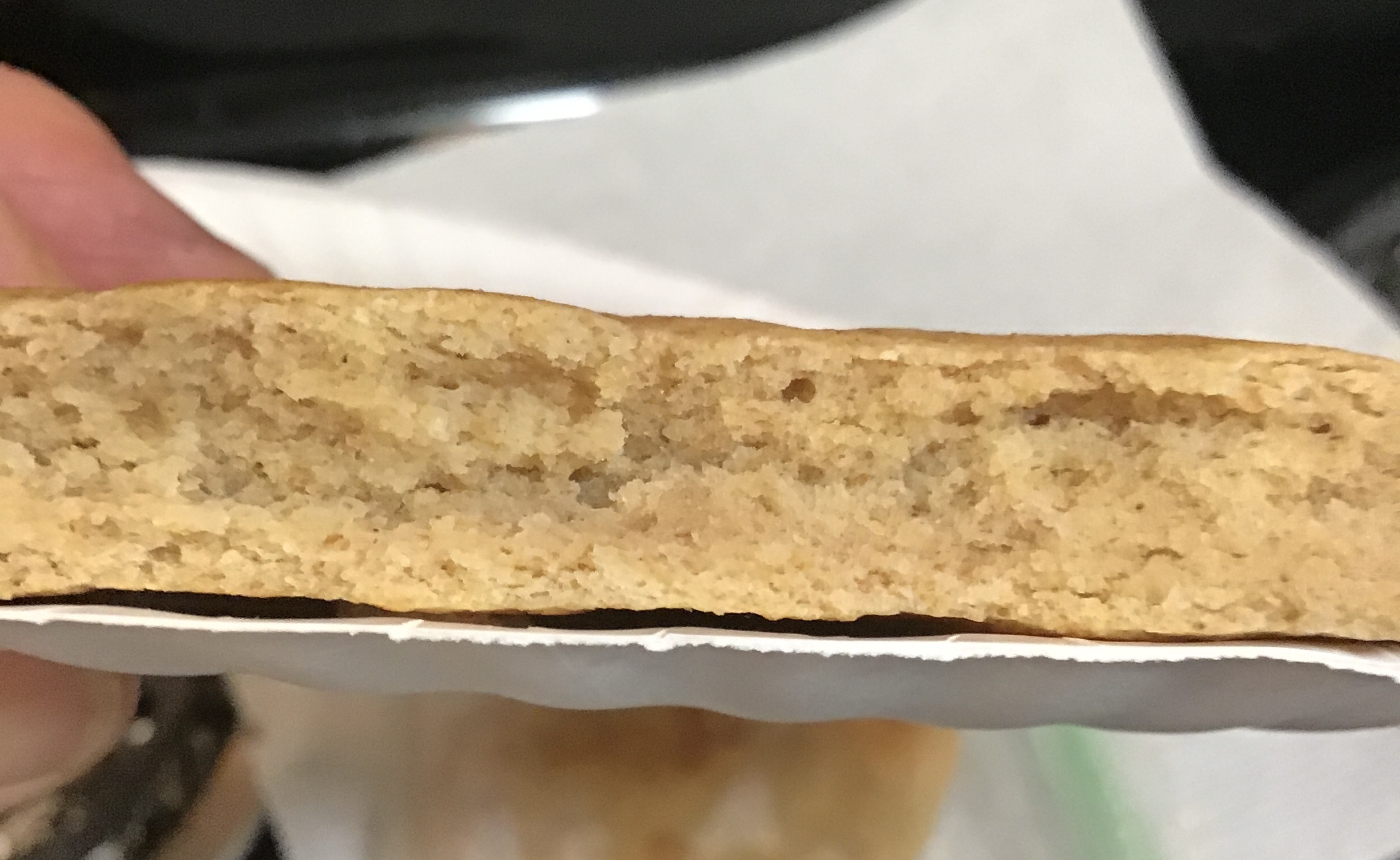 On pictures alone, I would guess that semolina (not semola!) had been used for that crumb. I am assuming that is the Sharbati atta at work, along with rubbing the fat into the flour first - as we do with scones (of the British/Australian style) in order to coat the flour and reduce gluten development, achieving a looser and more tender crumb.

In fact, both the result and the process seem scone-inspired, which is perhaps not so strange given a common providence.

Thanks for your comment, and the tie-in to scones.

I think the Bob's Red Mill WW darkens it somewhat, being a red wheat. And the Sharbati is indeed yellowish/golden, but a lighter tint than durum.

(And for those who are unfamiliar with it, Sharbati wheat comes from India. For all the transport involved, it was still only $5 for a 4 pound bag.)

As you noted elsewhere on TFL, the default wheat in North America is red, as opposed to white.  So our retail bags of "whole wheat" are red wheat by default. The WW here is only white when the bag specifically says "white whole wheat" or "whole white wheat."

It's confusing to our new bakers and home-millers because "white" has that dual meaning:

1) white, as in refined (AP flour, bread flour, etc.), by having the germ and bran removed. Regardless of whether the whole berry was red or white in appearance.

2) white, as opposed to red, being the color of the berry. Regardless of whether the bran/germ have been removed.

On the Shabrati, I was thinking more along the line of grain size and the way semolina, when used for a cake*, gives that open crumb perfect for accepting a drench of sweet syrup. Think namoura/revani/basbousa or the various similar Italian and Greek cakes made with yoghurt or ricotta or whathaveyou.

* - Which is why I always keep a healthy supply of it on hand - I'm not one for cake but a semolina cake with some syrup is pretty hard to resist!

This definitely looks finely roller milled.  I suppose it was just the baking powder that gave it that effect.

As an Aussie, I do love a 'quickbread'; damper being our version.

I would expect that rubbing the fat in would also contribute by stopping any long chains of gluten forming. (Which is kind of the point!)

Thanks for the clarification!