I've been on this site before but it's been a while, so I set up a new account. Hi!

I pretty much always have good success with this recipe.

On this occasion I was trying to film the whole process so I could share with a family member who is interested in baking. Easier said than done, what with all the small subtle things you barely think about when you've been baking a while, and the spread-out, slightly unpredictable schedule. 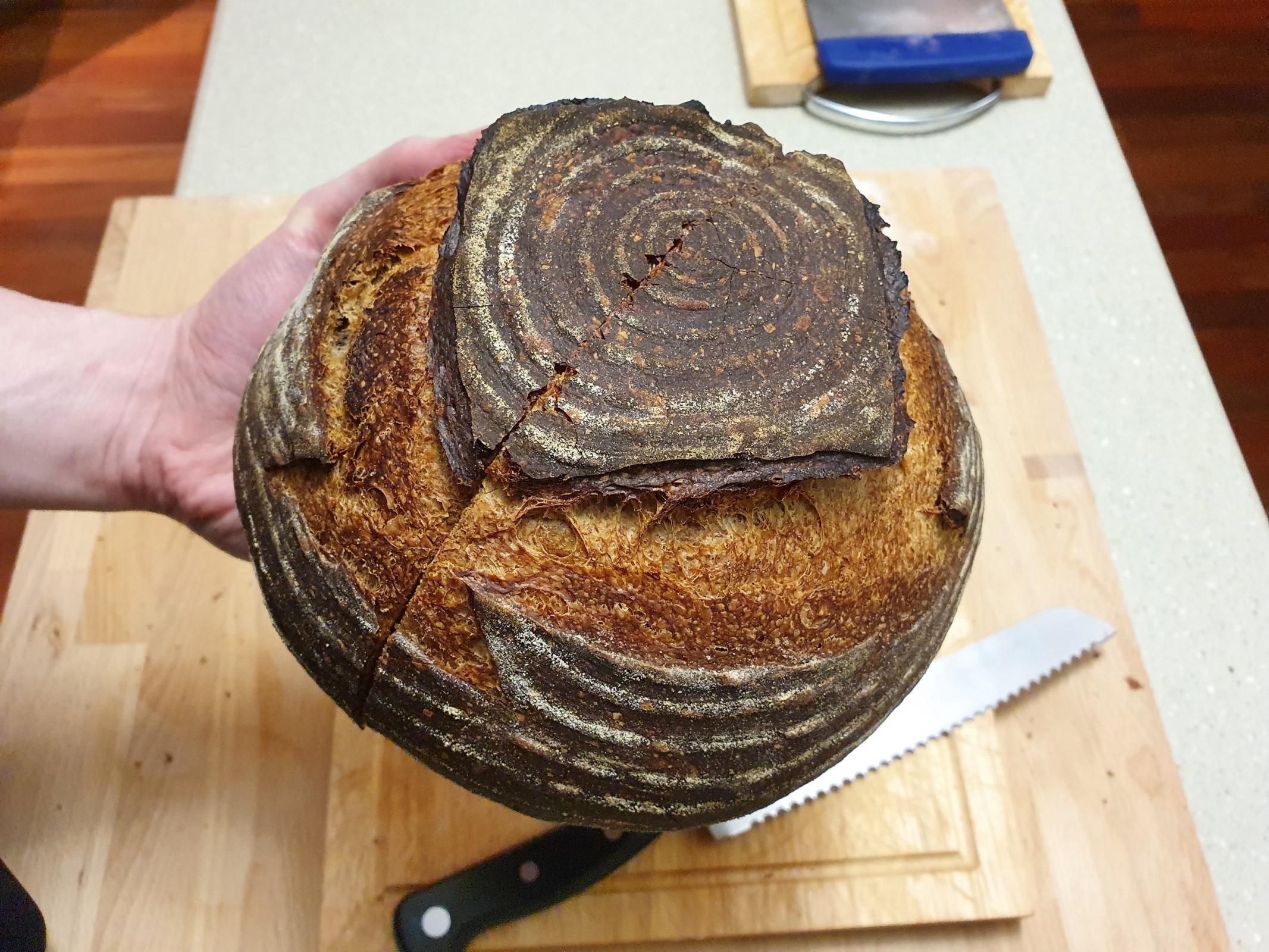 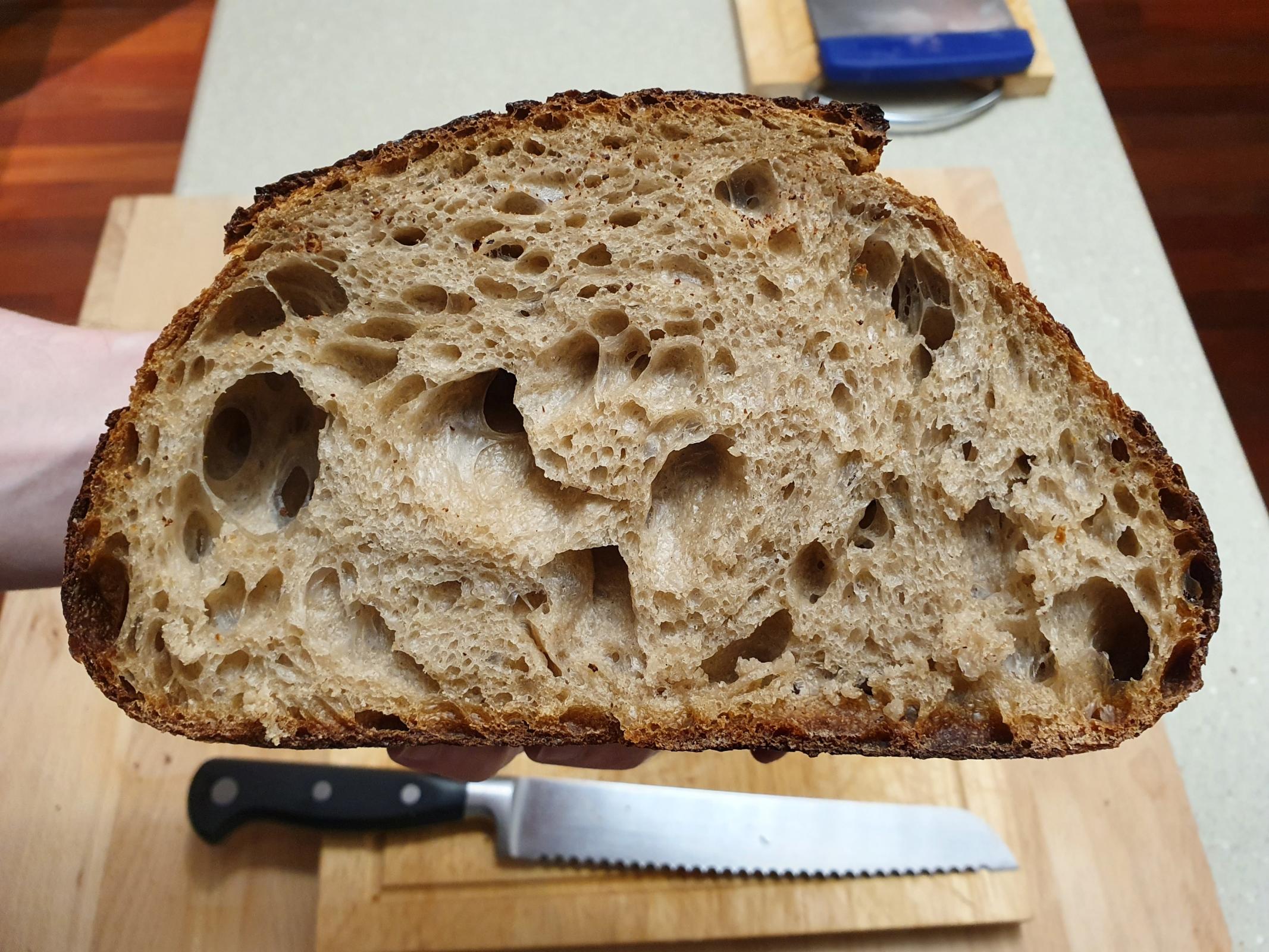 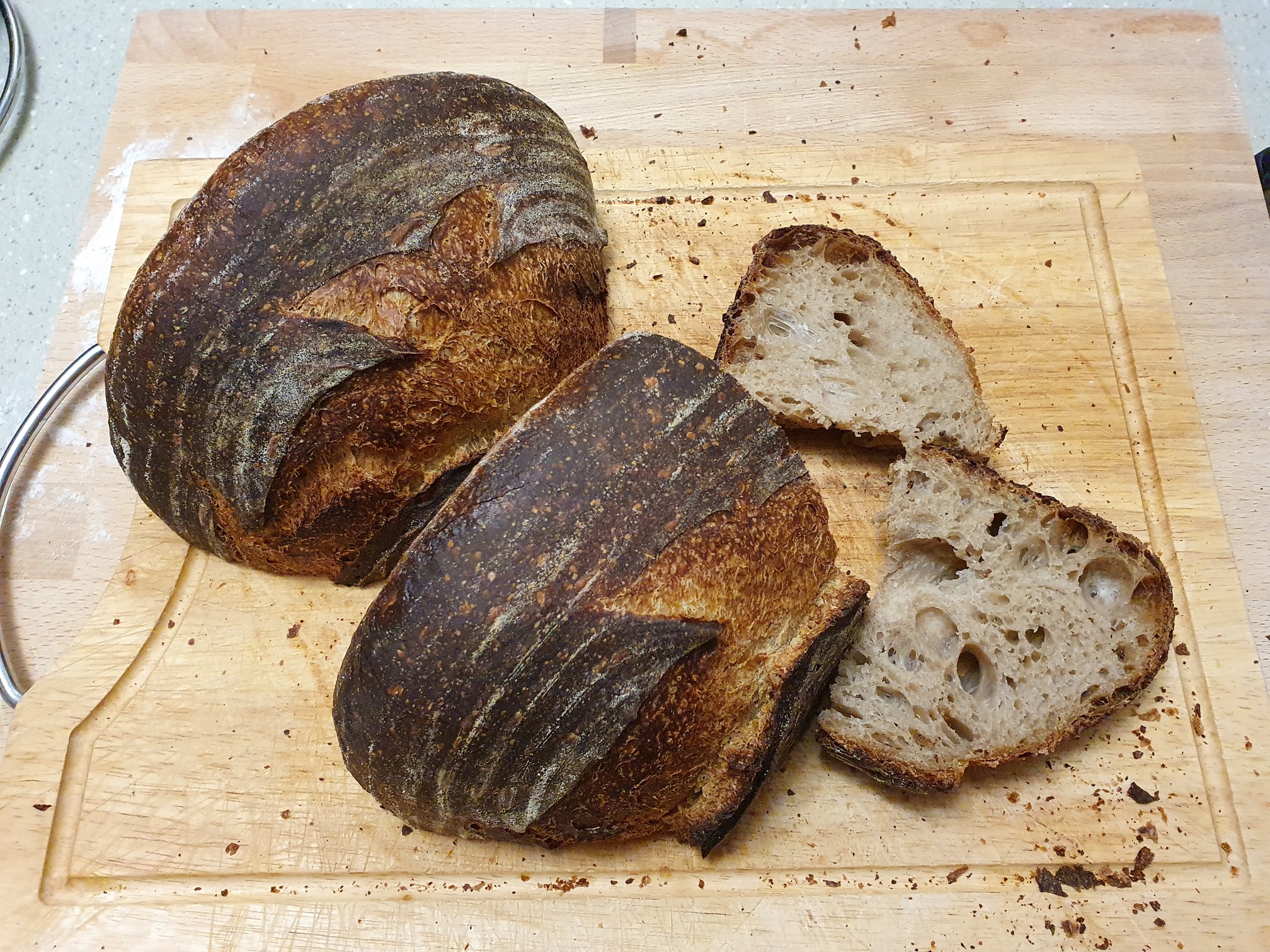 Pretty much this is just Hamelman's recipe as is. I just had to extend the bulk a bit because it was quite cold. I aimed for a 50% rise before shaping. Also I had about 8g of water left over, so I believe this was just about 64% hydration with 10% whole rye - given that, I'm pretty impressed by how open it turned out.

This loaf was proofed at room temp for a couple of hours, the other (not pictured) went into the fridge after an hour (and got a bit stuck to the banneton because I forgot to add any rice flour to the top of that loaf, still turned out ok)

The taste was good, as usual - great flavour and crunch in the crust, and a nice subtle sour flavour in the crumb, but mostly just wheaty and earthy. Like Hamelman says, a great everyday bread.

I've linked directly to the cutting part of the video, but feel free to check out the rest of it of course. (I advise using an ad blocker as I can't manually disable them) (also youtube's compression kind of butchers my attempted demonstration of the finger-poke test...)