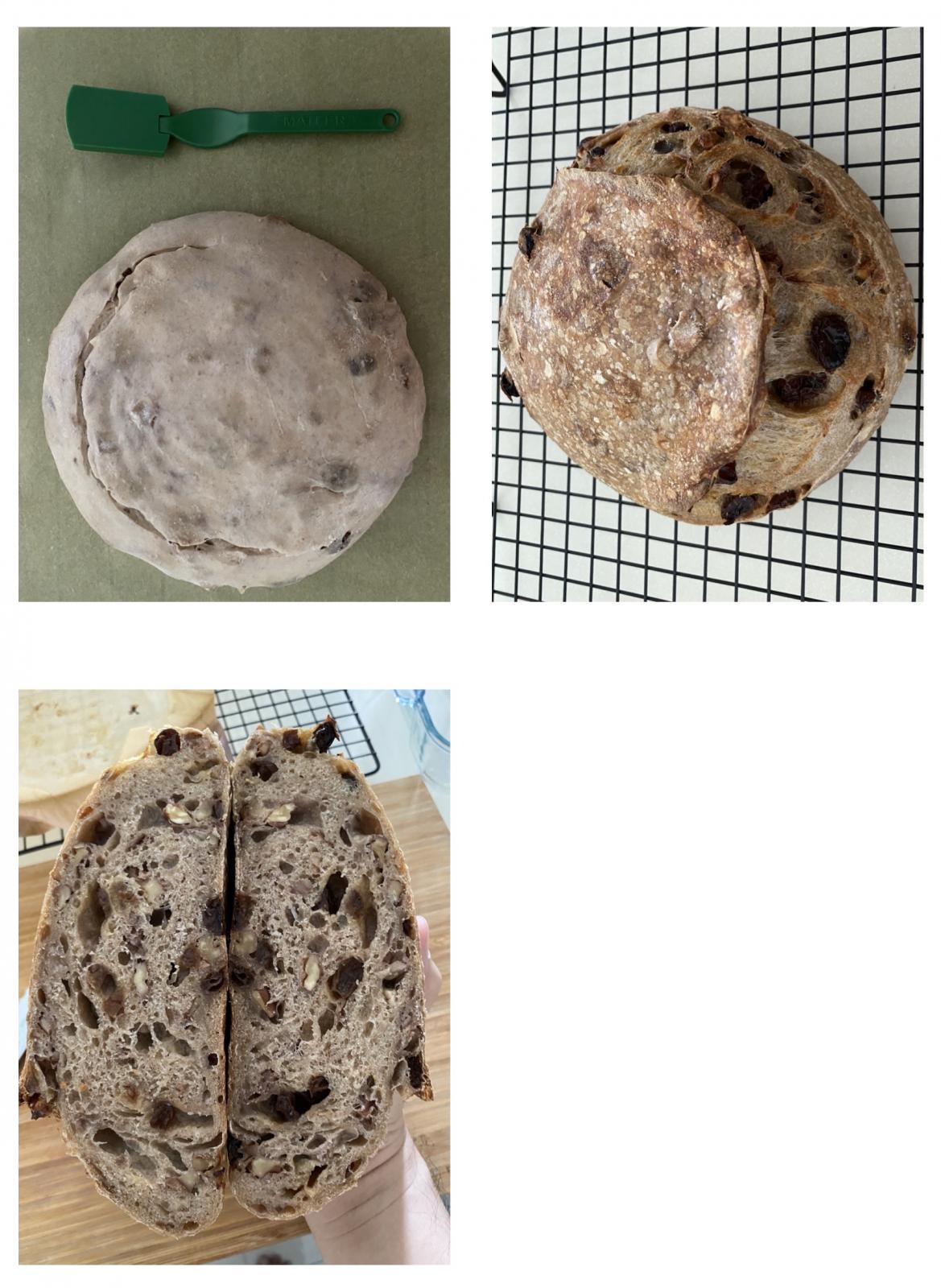 Hi guys, need your comments on the crumbs of this sourdough which I made it last weekend. The details of the sourdough are as follows:

1) As cinnamon (1%) inhibits the yeast activity, i increased the levain to 20% and lengthen the bulk fermentation to 4hrs at the ambient temperature of around 82F.

2) The hydration of the bread is 72%. The raisins (15%) that I used were soaked in dark rum since last Christmas. I pat dry them using kitchen towels before i add them during the lamination stage. The amount of walnut is also 15% of the total flour used.

3) The dough did reach the pillowy and supple state.

4) During the bulk fermentation, the dough did increase by roughly 30% but after i did the final shaping and send it to the fridge overnight. The dough didn't grow overnight and it looks the same when i took it out for scoring (see photo).

5) After the baking, the final product did increase in size (see photo).

The question I have is that the texture of the bread doesn't seem right, especially the area around the wet raisins which doesn't seem cooked enough. Why is this so? Is it becos the raisins are too plumb with rum or i should have let the bulk fermentation runs even longer or is it becos the dough was underproof? But on the second thought, if the dough is underproof, it would not have cracked open.

Thank you in advance for your frank opinion. KL

A little longer bake would most likely answer most of your questions.  Crumb looks good but the crust is a bit pale.  To quote a famous "Tifler,"  "When you think it's done, give it another five minutes."    :)

(maybe another ten or fifteen) :)

Great! Thank you so much for the comments. At least now i know my technique now is still viable. Honestly, sometimes the more i bake the more self doubt i have. its all good now.

I agree with Mini that a longer bake time is in order.  I would also say that you could ferment longer in bulk and or add some bench time after shaping before cold retard.

Thanks Benito! I would think so. I will give it a try again. Need to tame the yeast inhibitor!