I really find that it is easy to get rusty when you don’t make baguettes regularly.  The dough knows when you are anxious and fearful when it comes to preshaping and shaping.  You must not feel fear.

This is an increase in hydration from the previous bake of this same recipe that was posted by Martin Philips of KA. I didn’t use IDY either time because my levain is so active I cannot imagine making it go even faster. 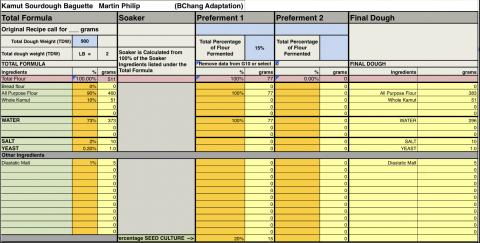 I did a fermentolyse of the all the levain used just past peak and dissolved the levain, diastatic malt and salt in the water.  The added both flours and mixed until no dry bits are present.

Allowed to rest 78ºF for 20 mins, then I did slap and folds until the dough was smooth, about 200.  I think I’ll use Rubaud next time to develop the gluten less or increase hydration or both.

Bulk ends when the aliquot jar shows 20% rise, at this point the pH of the dough was 4.87 dropping from 5.19 at the time of the first coil fold.

The dough was placed at 3ºC and left for a total of 29 hours (I had to work).  At this time the dough was divided and preshaped into three rolls. pH at this time was 4.53.  After a brief rest of only 10 mins (the aliquot jar was rising fast) I shaped the rather elastic resistant to stretching dough into baguettes where are shorter than I would prefer.  The shaped baguettes are placed in a Kamut floured couche.  About 10 mins after shaping the aliquot jar was already just past 30% rise, the pH at this time was 4.48.

At this point the oven is preheated without convection at 500ºF and the shaped baguettes en couche are placed in a bag and put back in the fridge to firm up the dough to make scoring easier.  30 mins later boiling water is poured into the pan with the Sylvia towel to pre-steam the oven. 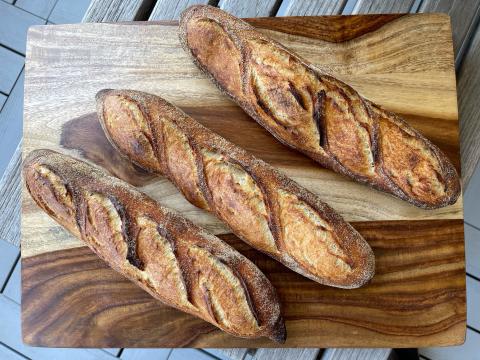 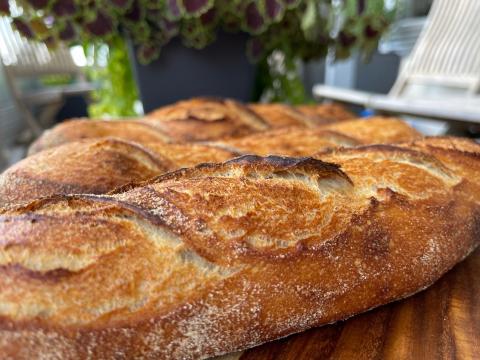 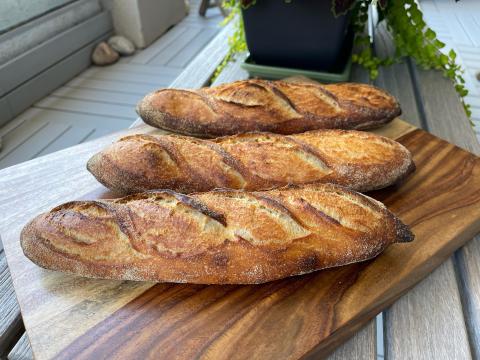 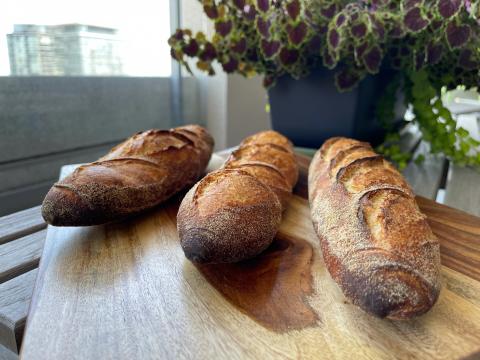 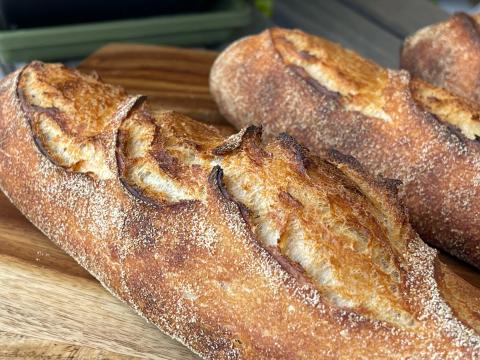 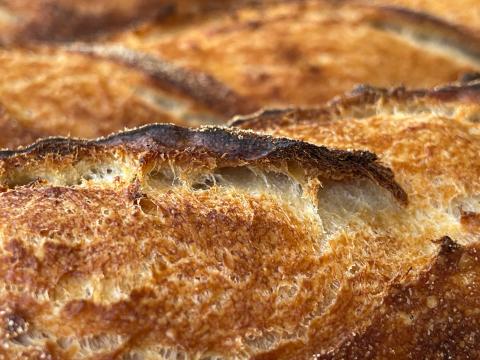 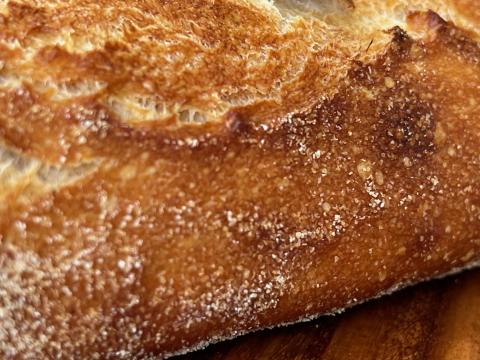 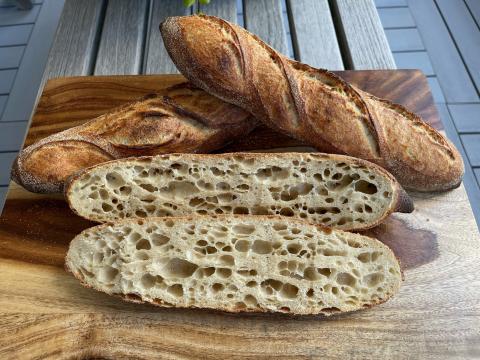 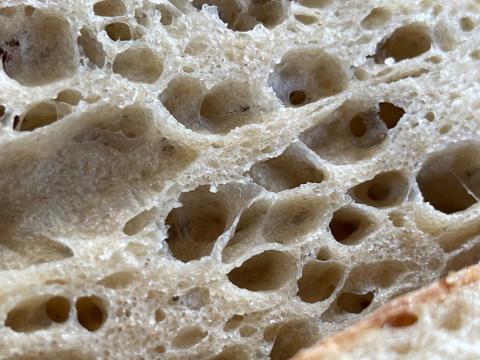 Benny, nice work. The baguettes finished up looking good with the golden-brown crust. I've never made sourdough baguettes, or with Kamut. A marathon undertaking with the long cold bulk fermentation. I guess the strong rise was due to the diastatic malt? The crumb looks like they have a good texture.

I’m hoping that my shaping giving these more tension circumferentially is what gave them a good rise and ears.  The diastatic malt was to help with browning.  I always find it a challenge to get the crust evenly browned with baguettes so I always add much more diastatic malt than I would for other breads.  Your baguettes are awesome Gavin, you should try making them with sourdough.  With so little proofing they really don’t turn out sour at all as my pH measurement confirms.  Kamut is a pretty milk tasting grain, I’m not sure at 10% that I taste it very much at all, but I don’t have the best palate.

although they seem a little shorter than in the past.  One never really forgets how to ride a bicycle.  Once on and upright, the bike knows what you want from it.

I've yet to bake with kamut, but someday...

I’m playing around with the idea that I need to develop the gluten a bit more to get better rise and ears.  More gluten development then increases the elasticity of the dough and results in challenges in elongation.  Also these fermented so quickly, I wasn’t able to give them enough time to rest after preshaping, the aliquot jar was rapidly rising so after a too short rest of only 10 mins I had to shape.  So along with more gluten development, I was dealing with gluten that hadn’t relaxed yet as well while shaping.  I’m going to increase the hydration in the hopes of increasing extensibility of this dough.  The preshape will need to be a longer roll to start.  Finally, during shaping with each fold I’ll have to give the dough more of a stretch to lengthen after each fold so when rolling them out I don’t have to roll out as much to get to a length that I’m happy with.  I’m constantly tinkering LOL.

I haven’t been a fan of adding much wholegrain to my baguettes, but whole Kamut is mild tasting enough that I do like this recipe.

Just stunning! You are giving Alfanso a run for his money!

You’re too kind Danni, I’m only nipping at his heels.  He’s still the baguette king around these parts.

has me beat by a country mile when it comes to open crumb!

Nah I’ve seen your crumb it is easily the equal of mine.  I’m just happy to be able to make a good baguette now, something I couldn’t have said a year ago.  I still have work to do to lengthen them with this particular recipe, I may have to go back to less gluten development and also maybe a higher hydration for this as well because of the whole grain.

Oh they are so perfect!! Amazing crumb Benito :-)

What flour did you use??

Thank you Benito.As I know you are in Canada, it's very useful for me to know the brands that you use

Sorry the flours were both from Anita's organic lineup and they are great flours.  I keep forgetting who lives in Canada.