I just took a very crude hardness sample from our 10-stage water filter water, which corresponds roughly to that a professional lab gave a few years ago, when I wanted to know its capability for brewing water.  Our water hardness is way too high for brewing purposes at 310-370+, as well as too alkaline, 320-326. (Note this is an average of city supply from 3 wells; weirdly, my hardness sampling just gave me 281 ppm, even though our rented unit is served with a (sodium) water softener.  It didn't really matter as I know Na is very likely through the roof, in any event.

I know overly hard water can tighten up glutens (certainly haven't experienced this!) and depress fermentation rates.  Thoughts?  Leave it?  Treat it?  Start from DI and build by additions?  Buy bottled water?

That's about the same as our tap water. The water is from our own well and is some of the best tasting water I've had. I've used it for breads for the last nine months and haven't noticed any issues. I'm not an expert baker so I don't know if the water is "good" or "bad" for baking bread. I don't remember what the total alkalinity of our tap water, but I suspect it is the same range as yours.

Did you use Burton salts for your brewing? I used these salts and others to attempt to improve the flavor of reverse osmosis water that was available at my workplace. It's hard to match naturally occurring water composition in DI or RO water because of dissolved CO2 (magnesium and calcium bicarbonates are not stable as solids). I did find that the the Burton salts and Epsom salts were a little off in flavor because most water does not contain much sulfate salts.

I would be nervous about the build method using sulfates because of flavor. One interesting way to reproduce mineral waters is to use oxides or hydroxides of calcium and magnesium and use a SodaStream to add CO2. This is an interesting website:

This method could be used to produce the mineral water and allow it to degas until it is a "still" water.

Another option is to dilute the hard water with DI water to achieve the desired hardness or total dissolved solids. Inexpensive TDS meters are available. I used one to create a tap-DI water blend for brewing coffee so my brewers don't crust up with salts. Using DI alone is not recommended for flavor in coffee brewing as it leads to over-extraction. According to the Specialty Coffee Association of America (SCAA) the ideal TDS range for the water used to brew coffee is 75-250 ppm. The target TDS is 150 ppm. I suppose that would be good for bread as well.

Thanks - good stuff.  I have never heard of the oxides thing!  Though I no longer brew, I do love the bit of science I do know and your cites look really interesting.

On Burton salts, no, never did.  So many brewers I find try to go crazy replicating a given city's profile and really lose the forest for the trees.  Agree with you - not easy, even if that's the goal.  The only issue I really see with such levels is final runnings can get truly nasty for tannin pickup, one of the reasons I believe the buffering capacity of darker malts and grains can be useful. That, and alkaline water can just really flatten out a beer.  A "blecch" quality.

I do believe sulfates in general accentuate hop bitterness and brightness to some extent (like chloride can punch up a bit of malt sweetness) but yeah, agree with you completely, not a fan of drinking hot springs.  Too many people forget that brewers often monkey with their regional waters to deal with excessive hardness (Burton), or add in ions to aid where water is so soft (Pilsen).

It's really interesting what you say about your well water - we used to rent a farm and the water there was much like yours.  Beer was great - only beer I ever entered into competition was a strong scotch ale (nothing like using up what's left in the pantry and declaring the style only after you brew it, no genius involved), and it placed 2nd in the Midwest AHA competition (it was slated to compete nationally, but my in-laws downed the samples.  The less said on that, the better).

Yet here, for whatever reason, similar profile made for lousy brewing, and lousy beer.

I mentioned acid.  Because I brewed along very traditional British lines, I made a lot of British brewing friends and it was they who introduced me to using - gulp - sulfuric and hydrochloric acids to deal with our water.  Worked great (lookup Murphy & Sons, out of England).  At the end of the day, usually, it was a combination of gypsum and HCL that worked well for me, with our water.

Never really got good results with RO dilution, no idea why.  Beer gremlins.

Best brewing water I ever used, I got from a British friend.  DI, gypsum, CaCl, HCL.  Keeping in mind my brewing was 90% strong bitters, mostly in the Northern English ("malty" Yorkshire over Southern hoppiness), it worked fantastically well.  Arguably the best beer I ever made, and it was my last - my son's graduation party.  He told me the taste profile he was after (basically, an American-Brit hybrid IPA), I put it together and he and I brewed it together.  We had a very happy neighborhood that fine summer's day. 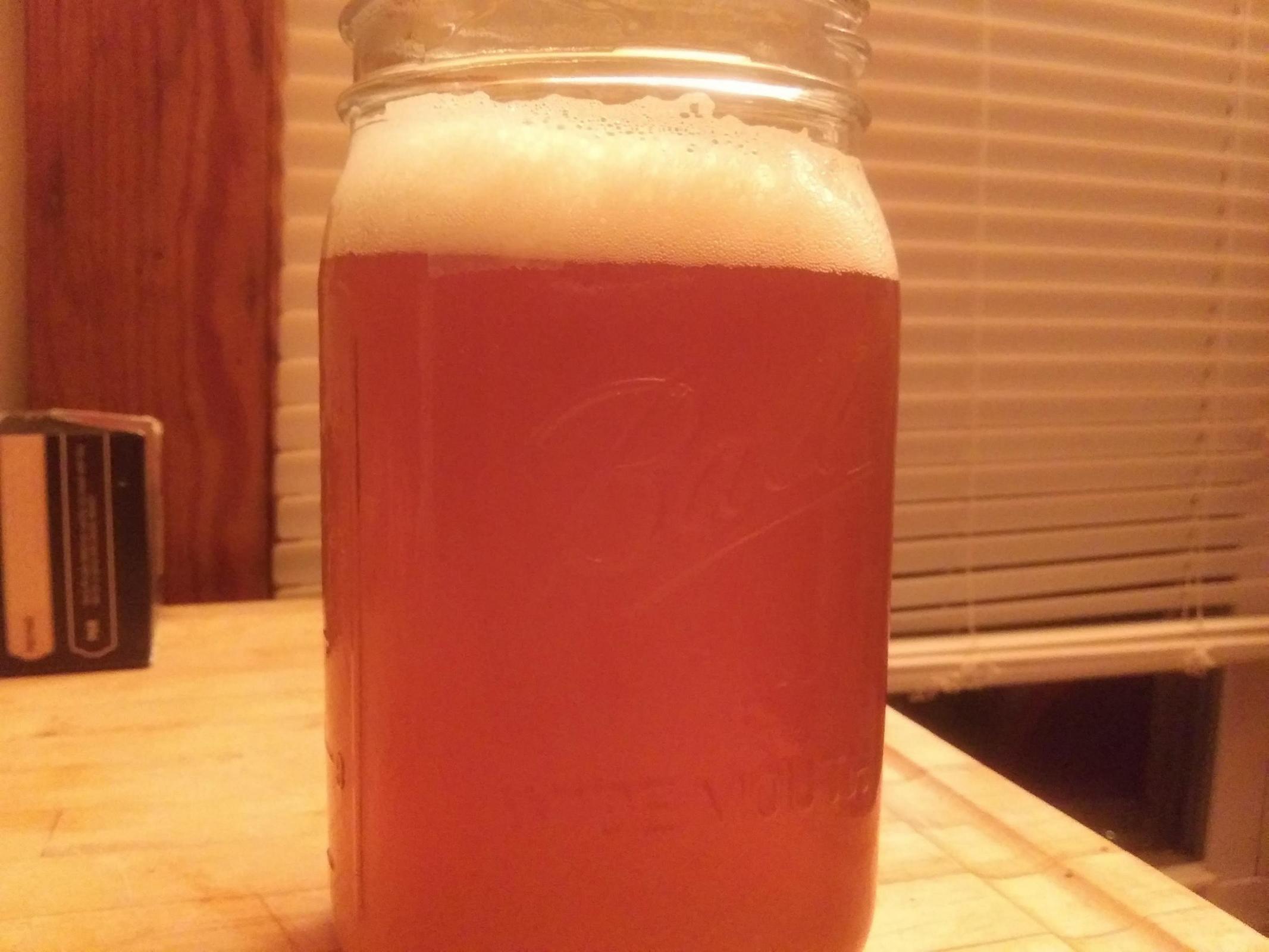 That liquid bread looks delicious! The description as a Brit-American hybrid IPA sounds ideal. But then I like so many styles of beer, except maybe some of the sours and goses. The only sour I do like is Berliner Weisse rot (with raspberry syrup); I have never had a grün (sweet woodruff syrup). Homebrewing would be fun but I have too many hobbies as it is and the quantities per batch are a little large to store and consume. Bread baking will have to fulfill the fermentation urge.

I have not tried making my own mineral water as I do not have a SodaStream. It looks interesting though, and the chemist in me really wants to try it.

Alcophile, I lost a much needed 60 or so pounds over the last several months.  I'll give you, well, one guess what I gave up to make the lion's share of the loss.  And good lord - my wife's fault - sometime in the early '90's she bought me an extract IPA kit and I was so blown away I went utterly crazy....at one point had 6 carboys in our little Chicago apt. above our landlord, the sweetest Chinese traditional physician.  And...well, 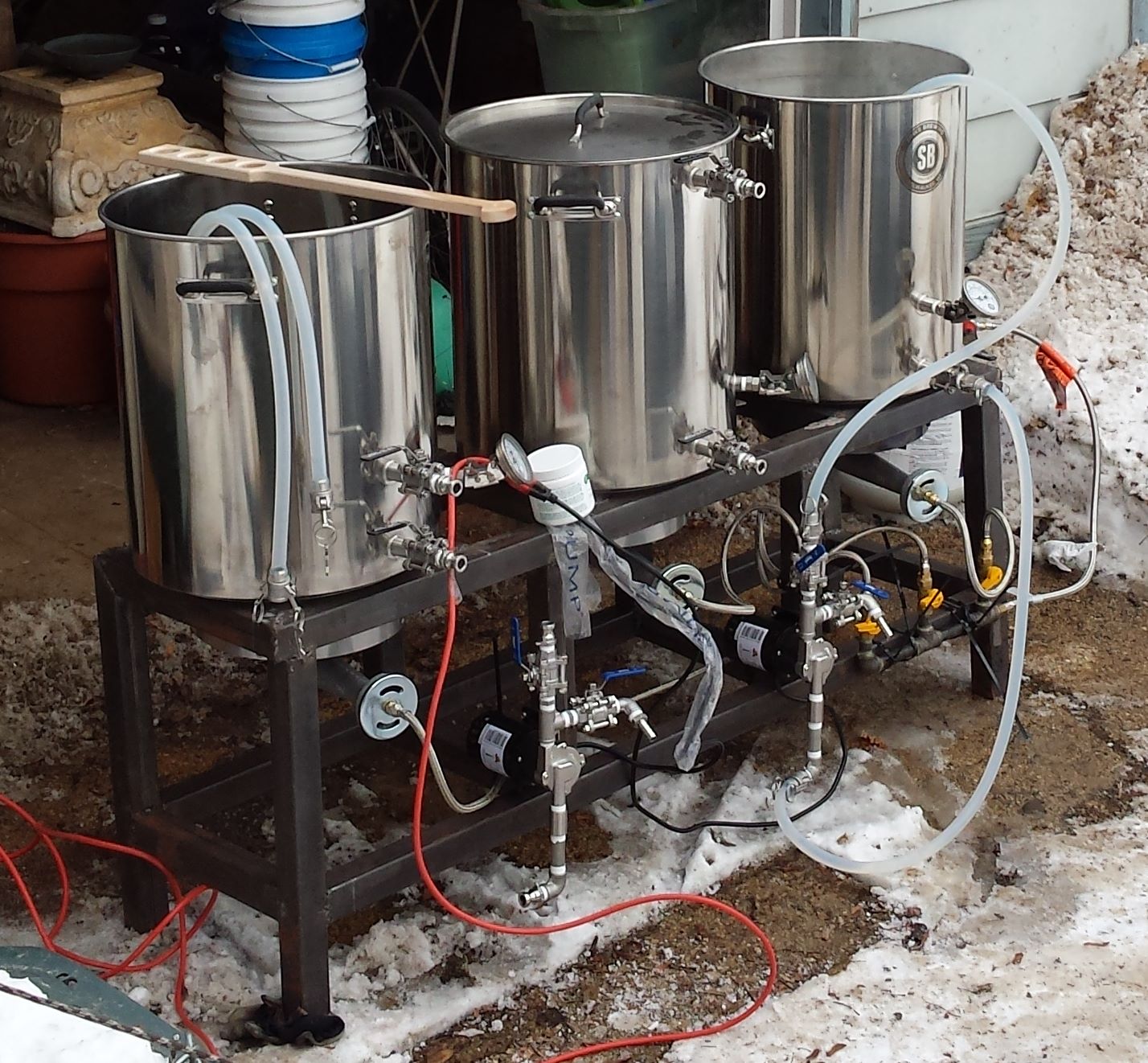 So yeah, I got out.  I like saisons well enough, but yeah, I'm much like you, hard to sell me on a lot of gueuzes (we actually have a local brewpub - that's all they do - courageous!).  That said, I love Belgian ales and respect the heck out of Belgian brewers.

We have a local German joint, Essen Haus, that's pretty much the real deal - you can get the weisses with woodruff and other delectable syrups.

FWIW, lots of people, I know, brew literally one gallon batches.  I might try to come back again doing 5 gallon brews (resisting the urge for 20 gallons of gleaming steel and roaring btu's).  More than anything, I miss the process.  Man, nothing like the smell of malt as it saccharifies, of hops at their best and as they convert in the kettle to isomerized a-- and b-acids.  I used to make fresh slurries that shot fresh aroma in the finishing tank....

I could go on.  Process, I miss the heck out of it.

BTW - I was working for Goose Island when my wife and I won a trip of all things for a brewery and leisure swing through England, starting with a multi-course beer dinner at the White Horse, in Parson's Green, London.  We dined with the late, inimitable Michael Jackson....who knew my wife's great uncle.  He ran the Tartu, Estonia, brewery under the Soviet through early post-Soviet era.  Heino, her great uncle, is mentioned in one of Jackson's books.  Jackson gave us a signed copy of his awesome book on single malt scotches at the end of the night.

BTW - it goes without saying I'm very sketchy on brewing science, particularly any longer.  This despite studying through Heriot-Watt while working at Goose Island, and reading voraciously among the scientific and technological literature.  Bums me out as I truly loved it, but them's the breaks.

If you'd like to comb over a guy who really knows his stuff, check out Kai Troester.