Made a couple of sandwich breads this week. I'm quite new to this style (mostly or all white flour with light enrichment with milk, a little butter and sugar). It seemed like an easy style to figure out, but interestingly both breads came out with (rather minor, but still) defects.

Made one following the recipe from here: https://www.bakewithpaws.com/2019/05/soft-sourdough-bread-with-yudane-method.html - with yudane, and also some whole wheat flour in there. It was nice, but somehow I felt too much acidity coming through (that must be the whole grain?), and the flavour of brown sugar was a little unbalanced, maybe I would use honey instead next time. Also, it got torn a bit on the sides on top - wonder what that means? Was it a little underproofed? 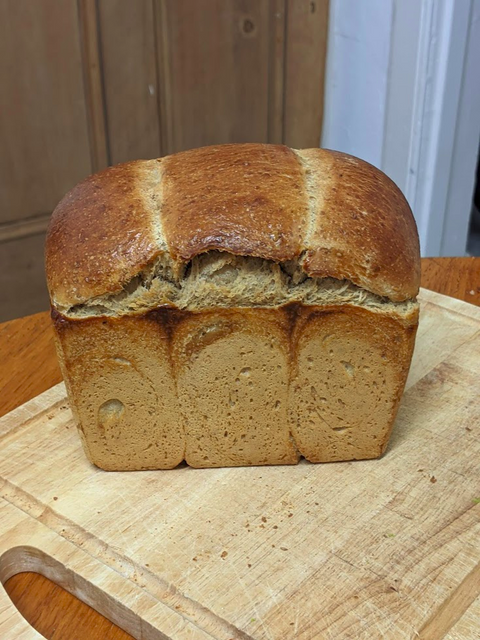 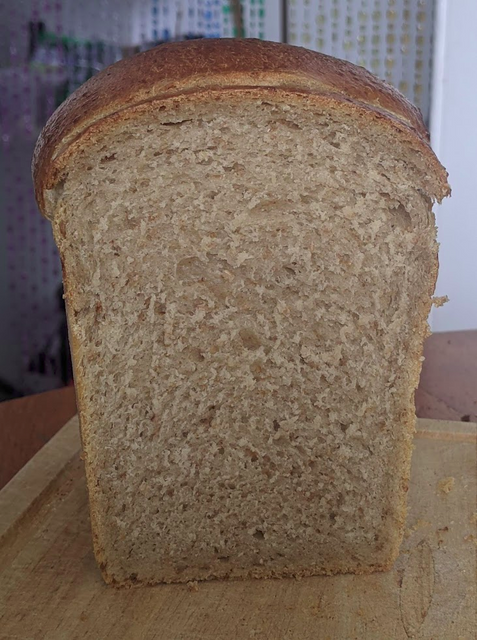 Then I followed Benny's formula - except when mixing the dough I realized we were out of eggs! So I just used extra 50 g milk instead, and another splash for good measure to hydrate the flour. I didn't do any fancy colours this time, but sure liked the look of the black sesame/matcha combo, and might try that next time. Since I didn't plan it properly, I made the levain in the morning and mixed the dough in the evening, let it proof up a little, and then put in the fridge overnight. Then in the morning let it rise a lot more. It certainly doubled in volume, if not more.

Annoyingly, when baked it formed a weird tunnel/cavern just below the top crust. I think I've seen similar pictures before, but it never happened to me (I almost never made wheat breads in a tin) - does it mean it was overproofed? 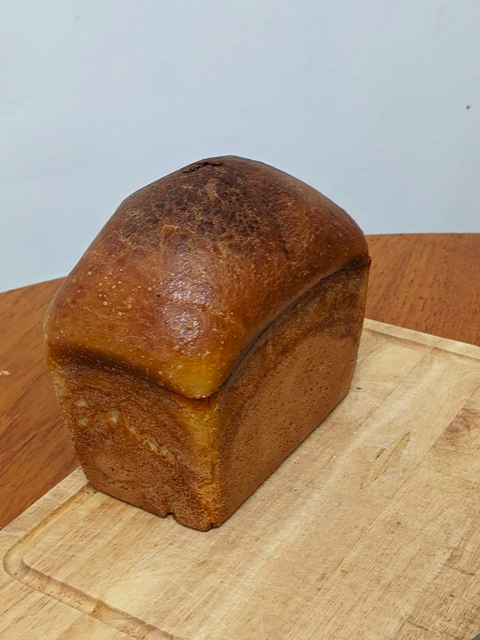 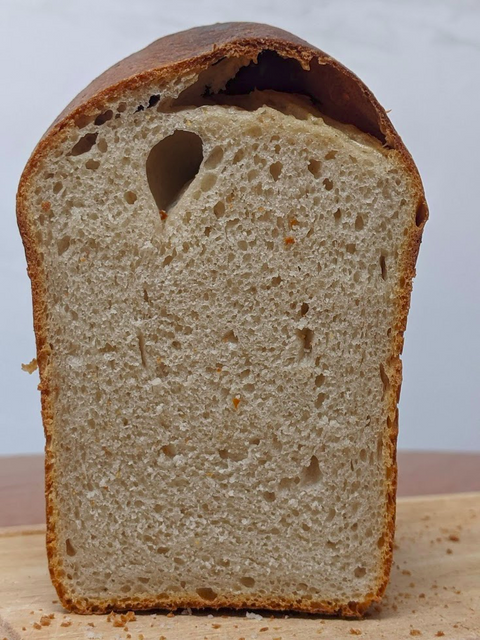 Despite the hole, I really like the flavour: tasted more balanced than the previous one, and I preferred the texture too I think. Just had one PBJ sandwich, was really enjoyable.

So, was the first one a little under- and the second a little overproofed?

Also, this is the first time, I think, that I am making bread with a single rise. Overall it works really well, but I think the crumb structure cold benefit from two rises... It's hard to see in the picture, but the density of the crumb is a little uneven throughout the slice somehow, with some denser areas, and probably letting it rise and then knocking down and shaping would redistribute the dough a bit to avoid that. Does anyone know what I mean? Am I making this up?

Ilya, I know what you mean, by doing two rises you will get a more even crumb for sure.  I do think these were a bit underproofed leading to the tearing as well as the tunnel and dense crumb.  Your loaves are super tall, I wonder if you need to reduce the mass of dough for your tin and then allow a greater rise proportionally to the starting amount of dough, that would allow it to proof more completely.  I’ve been doing these milk breads using only one rise and haven’t had the issues of dense uneven crumb.  Just a thought.  I do love the look of those tall loaves though, very nice.

Thank you Benny! I am going to post my latest sandwich breads this morning, they turned out perfectly, and indeed I made them much smaller and with a double rise, among other things - I changed a lot of variables. Watch out for the post soon :) I have a feeling you'll like the idea there.