Thoughts on crumb and crust?

Thoughts on crumb and crust? 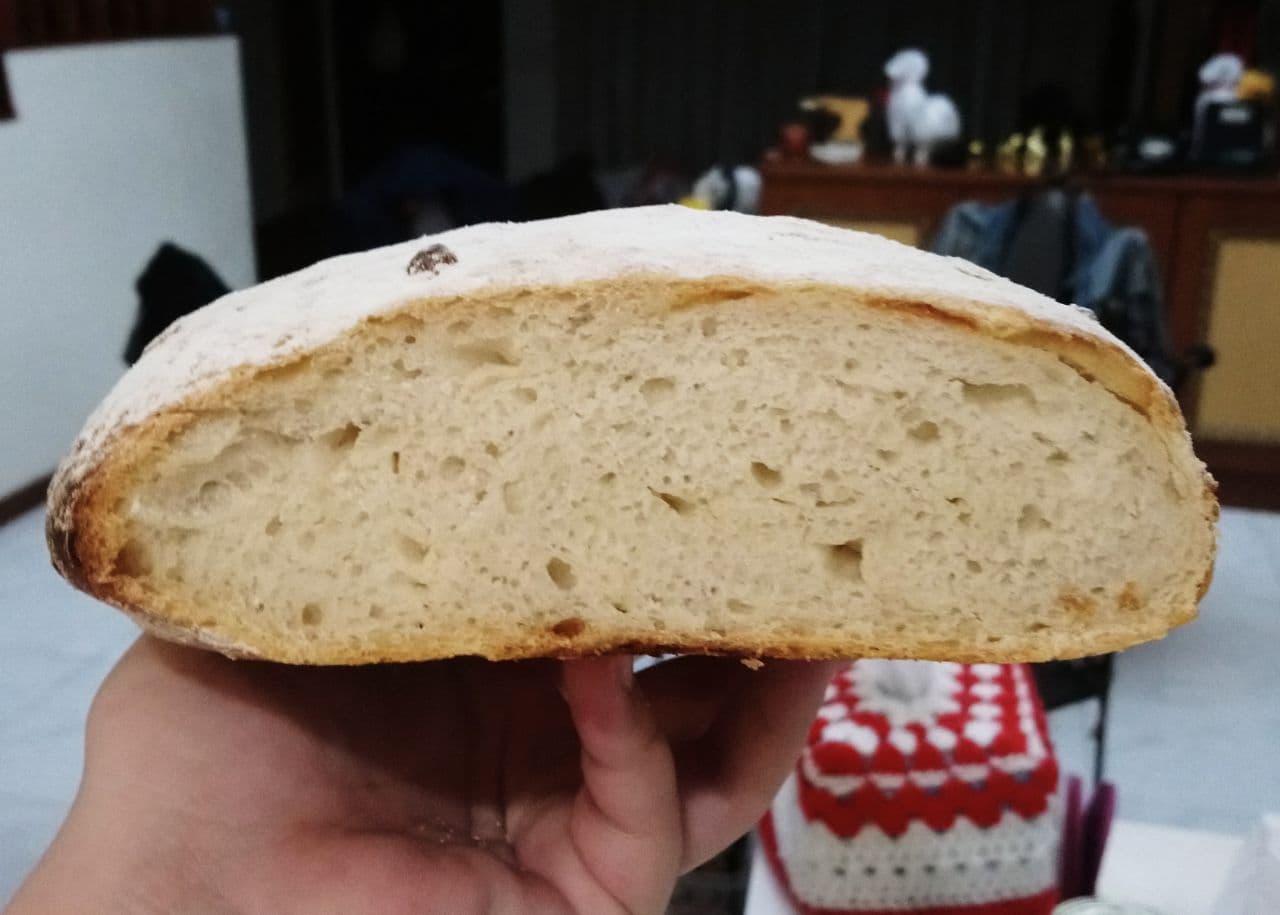 Hi, would like to get some views on the crumb, crumb colour, crust, and maybe smell of my recent bake.

Thoughts about the bread:

I was aiming for 80% hydration but I couldn't handle the dough so added a lot more flour in during kneading and folding. So I'm estimating it's a 75% hydration instead. Also, I did give up at the end because I didn't have time left and I didn't want the dough to be sitting in the fridge for a week.

Anyway, the recipe and steps are listed below:

Recipe: [ Yeast refers to Fleischmann's ActiveDry Yeast and I used 1 1/4 tsp in total; % isn't my strongest suit so I might have gotten the values wrong :') ]

Steps: [ All kneaded by hand. I live in SEA so the weather is hot and humid. ]

Notes about the preferment:

Notes about the main dough:

I use the word "dense" for the crumb in the photo.

I see far too much time in the second table showing the procedure.  The dough is overproofed, as shown by the photo, the fact it didn't give oven spring, it didn't rise much during proofing and the very, very long time to mix, ferment, retard, shape and proof the dough.

Bread is incredibly forgiving once you get "in the zone".  You need to get in the zone first.  With much kindness and encouragement, this bread isn't there.

Thanks for the feedback!! ?

I was trying to get the flavour to develop hence the long cold retard. But ya... It was definitely longer than I had initially intended. ? But what do you mean by overproofed? What are the telltale signs of overproofed dough?

Dense crumb, little to no oven spring are indicators.  You also said you used "alot more flour" in the kneading step, and estimated the hydration at 75%.  I think you may be generous with your estimate, and you might have ended up in the low 70s or into the 60s with hydration.  Lower hydration is also related to dense crumb.   Time to try again, using a known reliable recipe, and sticking to it precisely in every respect.

Converting a "barley" mill for brewing...
Bakers Percentage
The Last Sourdough bread recipe you’ll ever need...
Happy Mother's Day to all the moms!
Can dough survive if temp during bulk reaches 37°...
END_OF_DOCUMENT_TOKEN_TO_BE_REPLACED