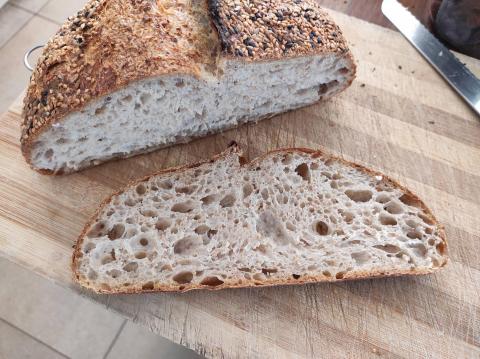 I'm loving making breads with this interesting wholemeal - Eureka Wholemeal. It has bits of whole kernels, or I guess you would say cracked kernels, in addition to the usual bran (and germ!). I think it behaves more like a white bread flour in my baking, the dough has nice strength and doesn't seem to be hampered by the bran and tastes very nice.

Paul has previously written about his visit to the mill here - from his review I suspect "wholemeal flour is made by recombining all of the bran" means that in this case the bran is combined back into the flour and this could be why it behaves more like a regular bread flour. Although, as Paul says "I can't imagine how a split-then-recombined WW flour would taste different than a milled-all-together WW flour when using the same wheat."

It might be a South African miller thing to make flours like this - here is another one that has some cracked kernels in it (even though it is a bleached flour) - Snowflake Nutty Wheat - "18% coarse wheat bran is added for high-fibre content". Or am I wrong and this is something that is made by millers everywhere?

This bread was made using Full Proof's method for combining two doughs via lamination. The one dough was this wholemeal and the other was a bread flour dough. Both flours are fairly low in protein, around 11%. The hydration of the doughs was the same at 75% (or 77% if you include the levain in the calc).  The boule was shaped at 50% volume growth and left to prove further until 80% growth and then into the fridge for an overnight cold retard before baking the next day. 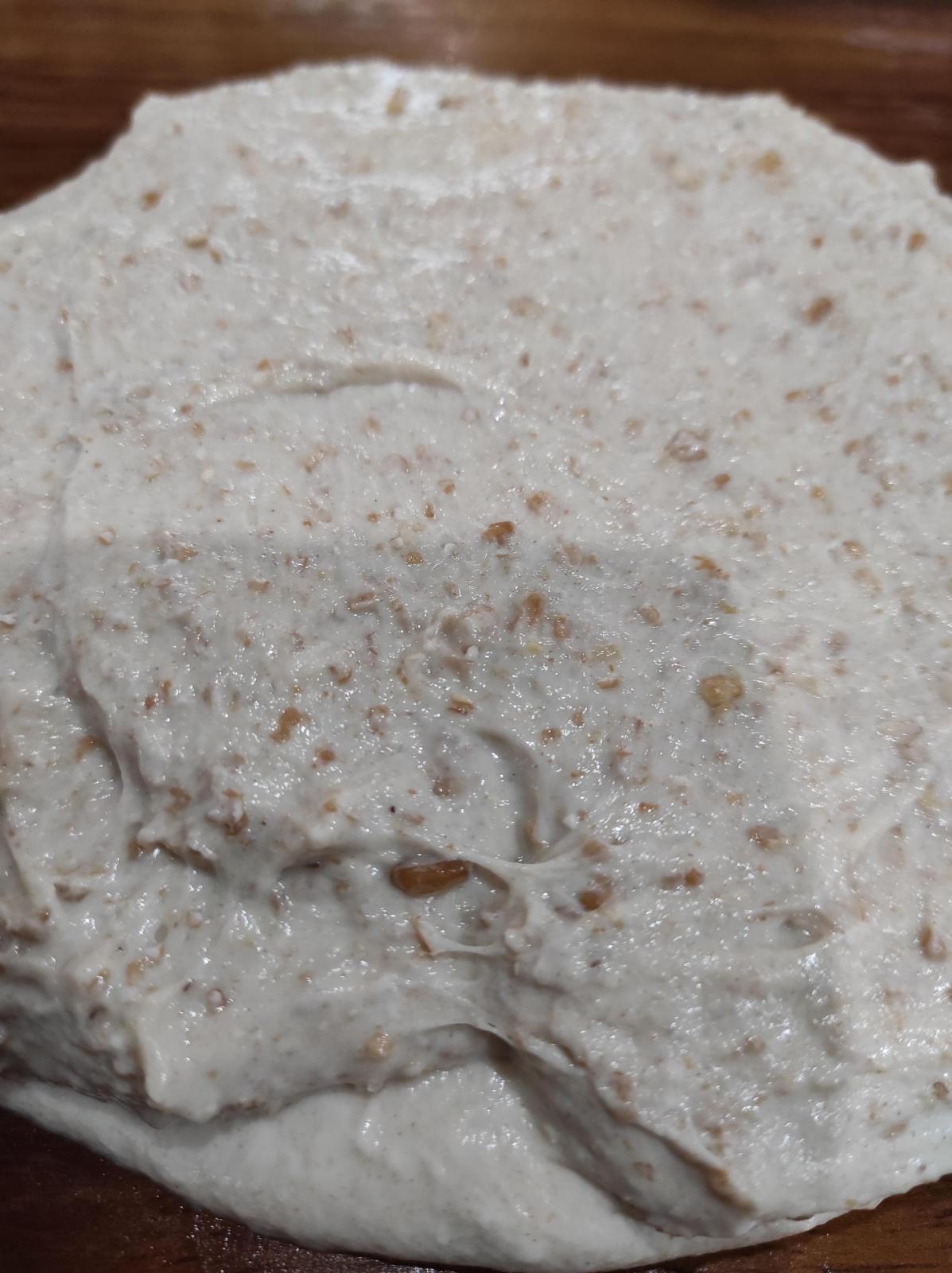 The wholemeal dough is on top of the bread flour dough here, prior to laminating them together. You can see some cracked kernels in this zoomed in photo.

The crumb looks great and the flour sounds interesting. I have never seen cracked grain in a bag of flour before but I like the idea.

That’s a good looking loaf of bread Jon, I particularly like the seeded crust but the crumb is beautiful as well.  It must taste really great.