Helllo! I am trying out this recipe: https://www.thefreshloaf.com/node/14432/banana-pain-au-levain but realized I started the recipe at an awkward time to allow for a 10 hour cold proof in the fridge without having to stay up very late or wake up in the middle of the night. Since a large portion of the dough is starter, I'm thinking I have a good chance of overproofing the bread if I leave it refrigerated for more than 10 hours.

Could I do a shorter cold proof in the fridge? Maybe 6-8 hours? Or am I better off going over 10 hours? Or maybe I need to proof at room temp instead for a shorter time? It's winter where I am so room temp for me is about 65 degrees F (I am currently doing bulk fermentation in an off oven with the light on). I've never done a dough with this high of a percentage of starter/levain in it, which is why I'm not quite sure how to treat it. I think I have overproofed sourdough before in my fridge (though I am not a very experienced baker so it could've been a different problem for sure) and have found that, at least for my usual recipe (which mostly follows the Tartine Country Loaf recipe as written in the NYT), 10-12 hours in the fridge is the sweet spot.

Grateful for any advice/opinions you have!

Didn't receive any responses in time, so thought I'd just share what I did.

My intention was to follow the recipe fairly closely, but I made a few tweaks. The recipe didn't say what kind of starter was used, so I used my 100% rye starter. (when I try this again, I think I'll make a levain with AP or bread flour instead, and I will probably do a lower hydration like the recipe calls for.) I was using frozen bananas, and a commenter on the original post said they don't add extra liquid with frozen bananas since they release a lot of liquid as they defrost. So, I weighed out how much frozen banana I had, which was ~270g, so I used ~15g of extra water mixed with the salt.

The written process in the original post was not incredibly clear to me as a newer baker, so here's what I did. 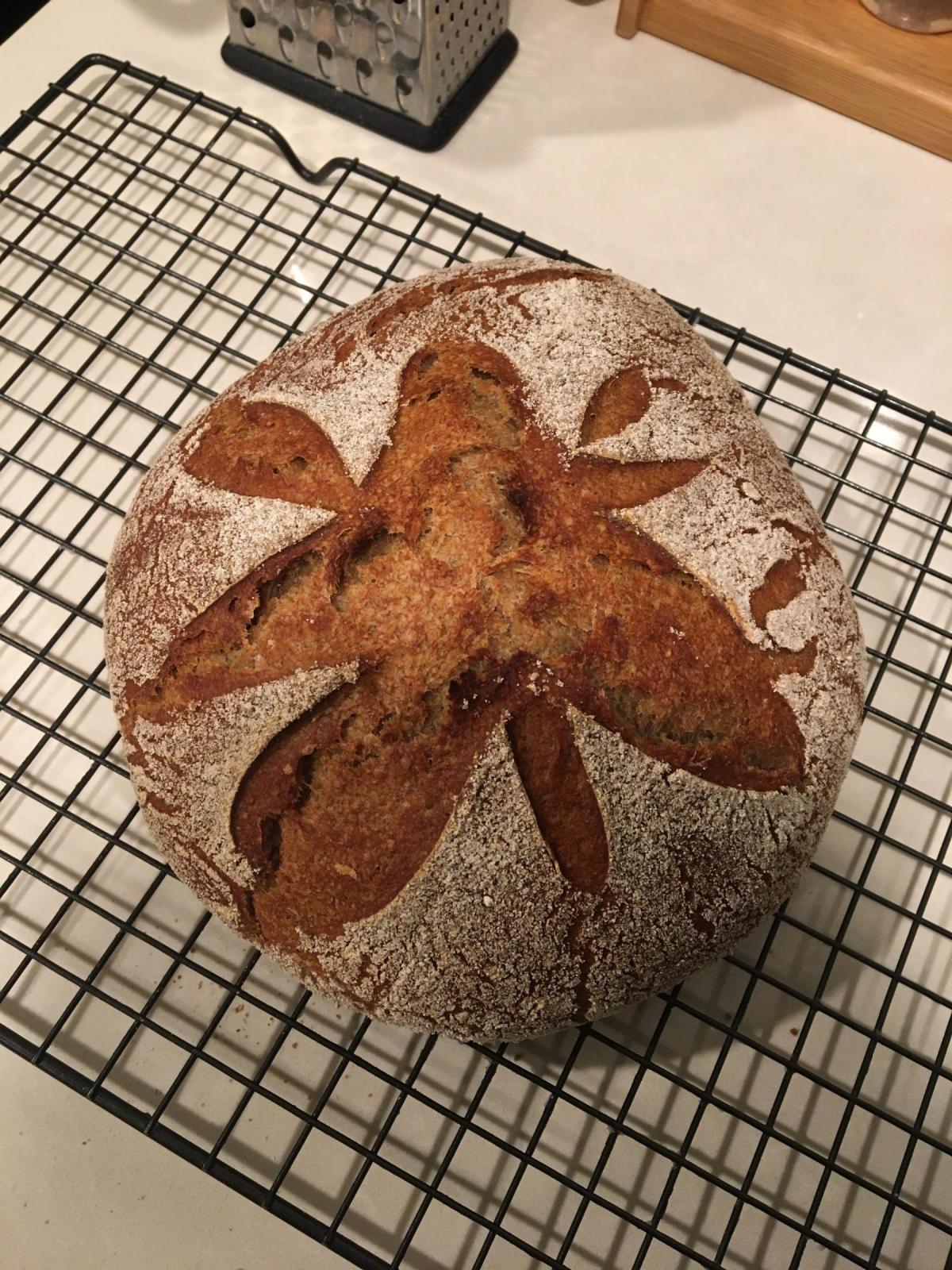 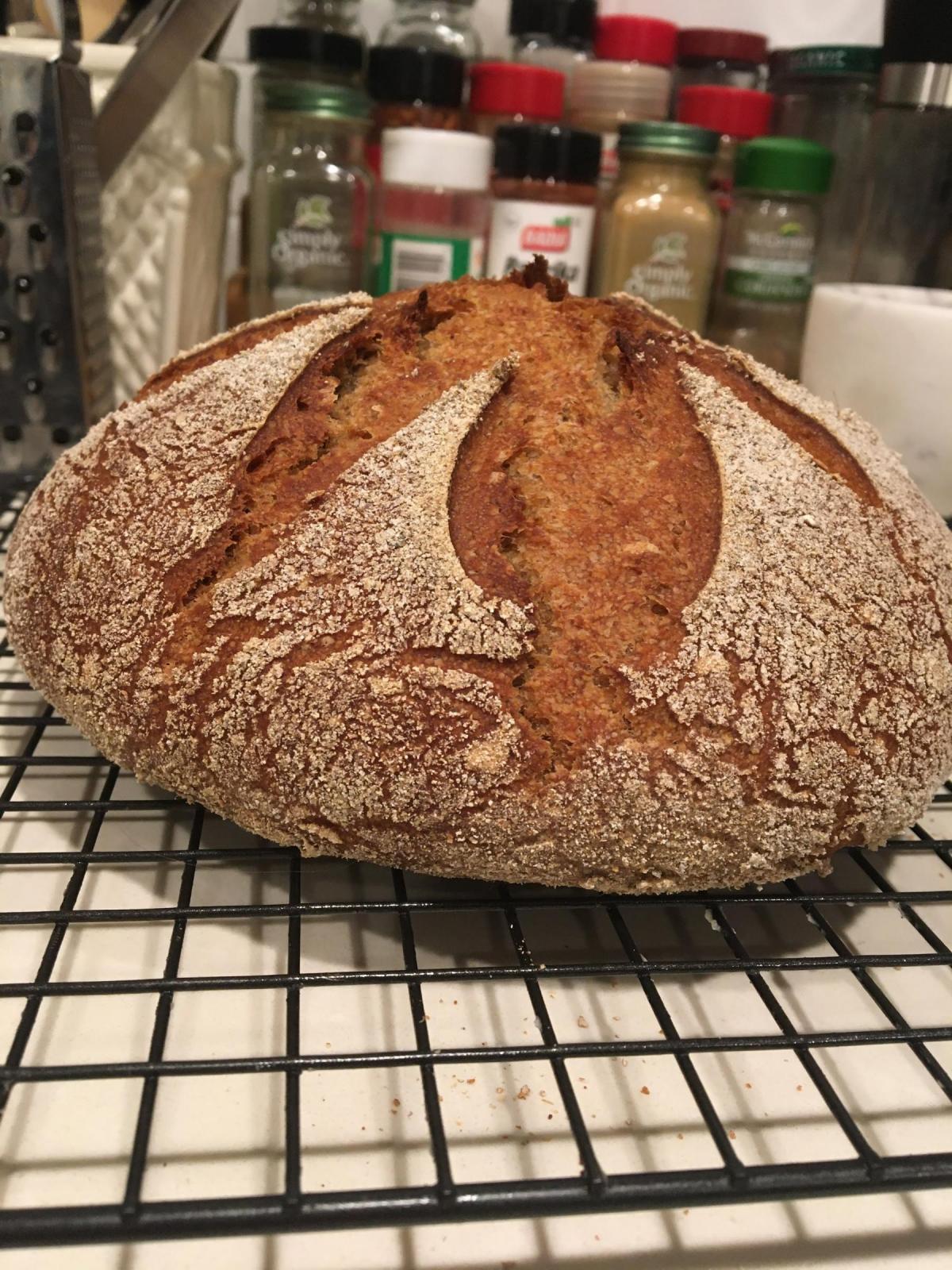 Smells great, love the color, unhappy with the rise. It is almost certainly underproofed. Next time I will time my baking better to allow this bread to reach its full potential!

Let me know how it tastes.  I love regular banana bread, and this sounds pretty interesting.  BTW,  banana bread french toast is the bomb.

Grr, sometimes my images flip and I have no idea how to fix them. If anyone can tell me how, please do! 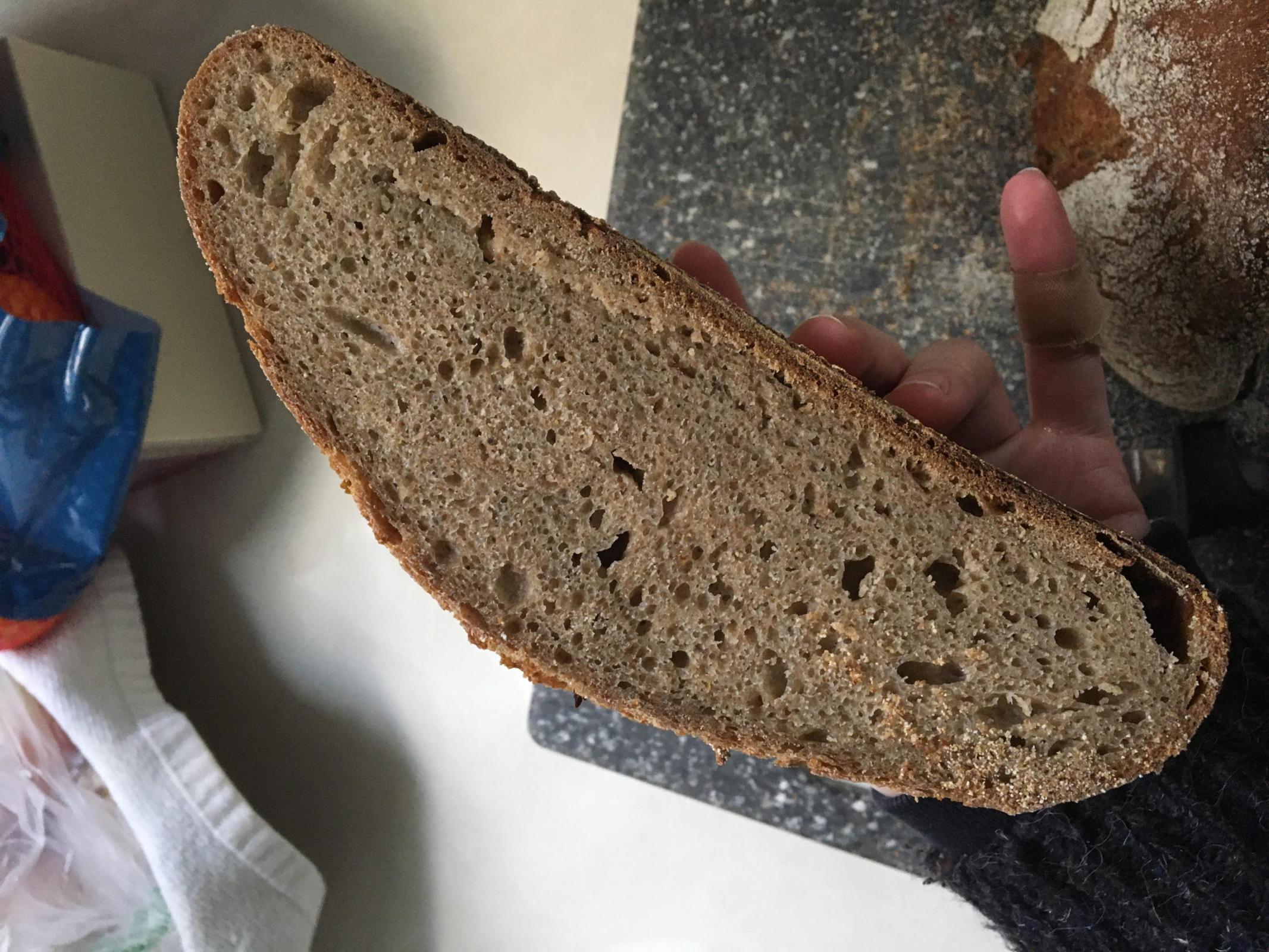 It tastes really good. You can definitely taste the banana, but it's not sweet - it's actually pretty sour. I don't mind the texture - the bread is a little dense/heavy and a little bit of an open crumb would've been nice, but this isn't bad at all for my purposes (using it for toast). I recommend you try out the recipe! I think this would make a pretty awesome french toast.