GingerBREAD, Hey it is my blog, I can post what I want

GingerBREAD, Hey it is my blog, I can post what I want 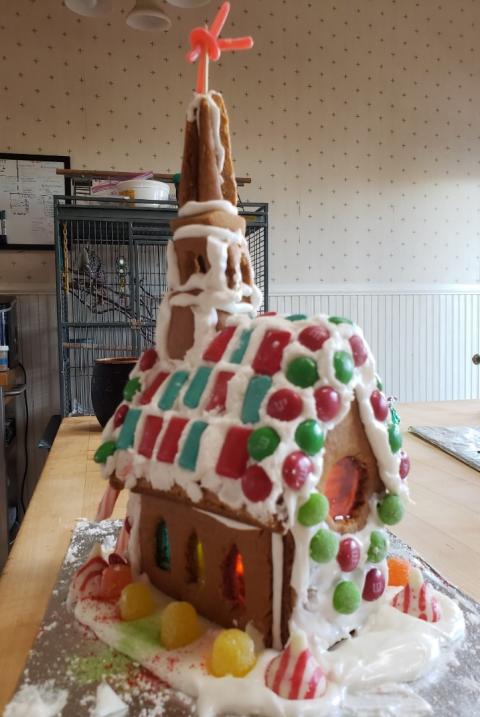 We made gingerbread from scratch. Cutting the design by hand for 9 people was a PAIN IN THE BUTT! I cut two fancy Church style houses and it took forever, so I decided for the other 7 houses I would simplify things, but it still took forever.

Unfortunately, everyone had so much fun making the houses, I am sure we will be doing the same thing next year, so I want to take some notes to hopefully make the process less painful next year. My wife says I will forget how much work it was a year from now, she is right.

Ok, first, I need to give credit to the source of my recipe, I pretty much did exactly what they recommended. Main difference in the recipe, I used butter instead of lard:

The gingerbread that was cooked properly (which was difficult for me), tasted better than any gingerbread I have ever had before, soft and chewy, but still plenty strong enough to build a house with. Really really good. The only problem was that I had difficult rolling the dough out to a consistent thickness, and as the dough was baked, the thinner dough was cooked too much. 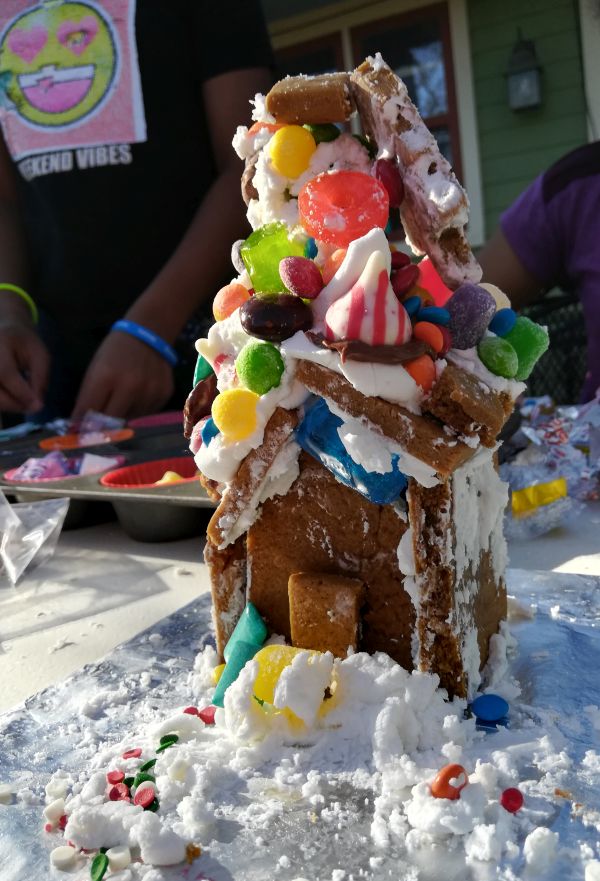 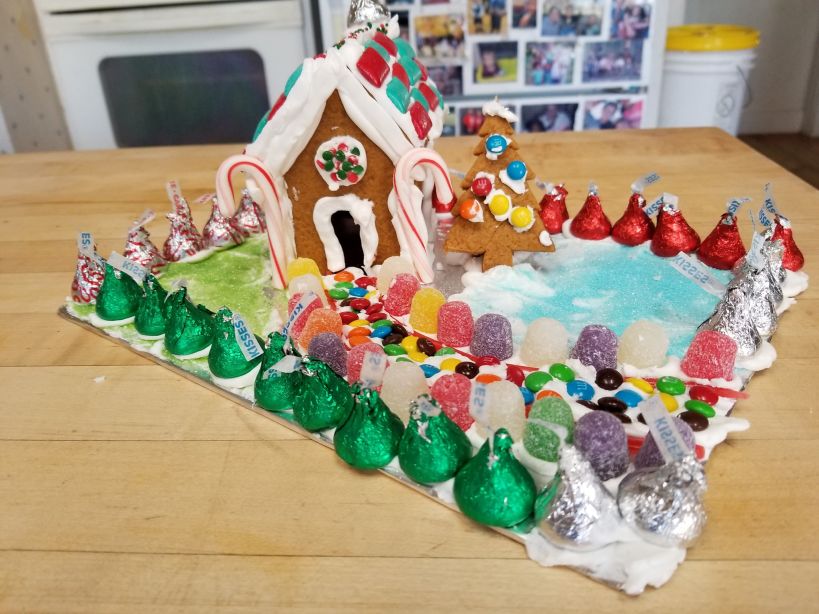 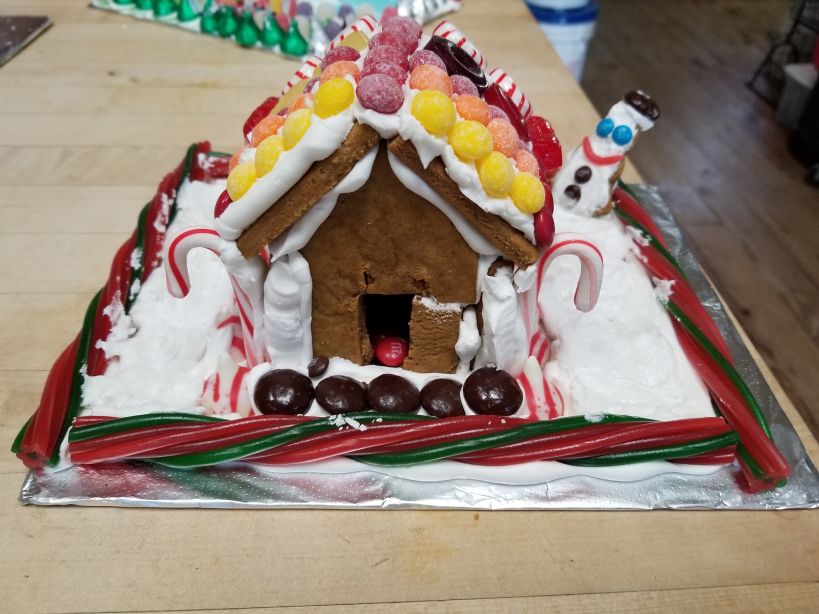 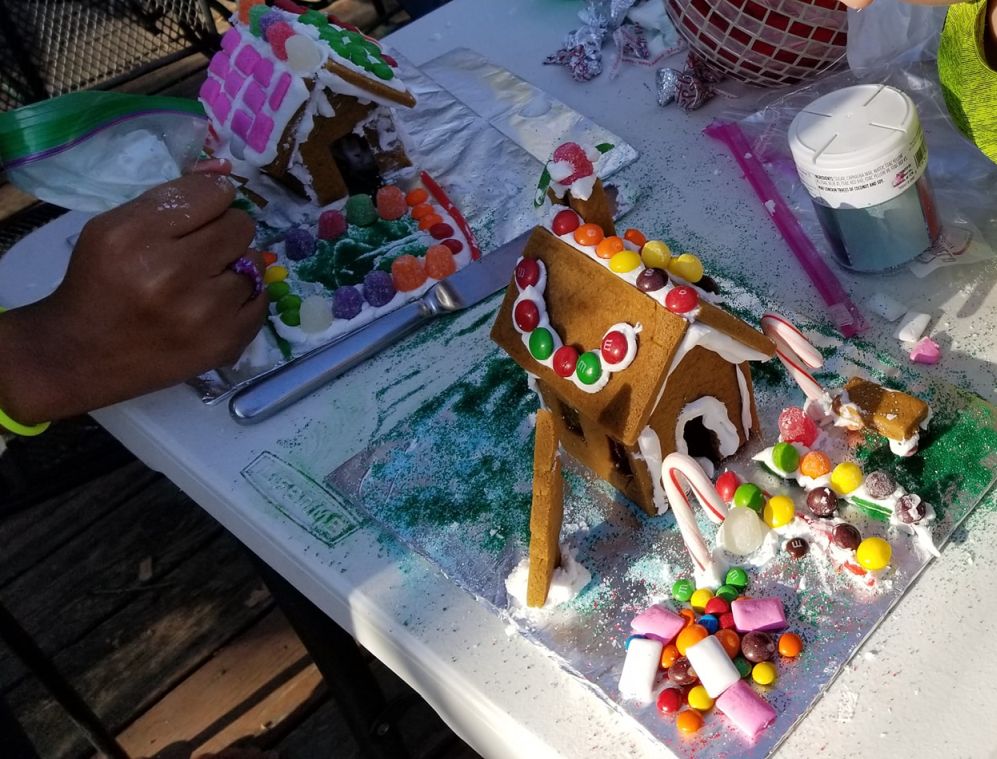 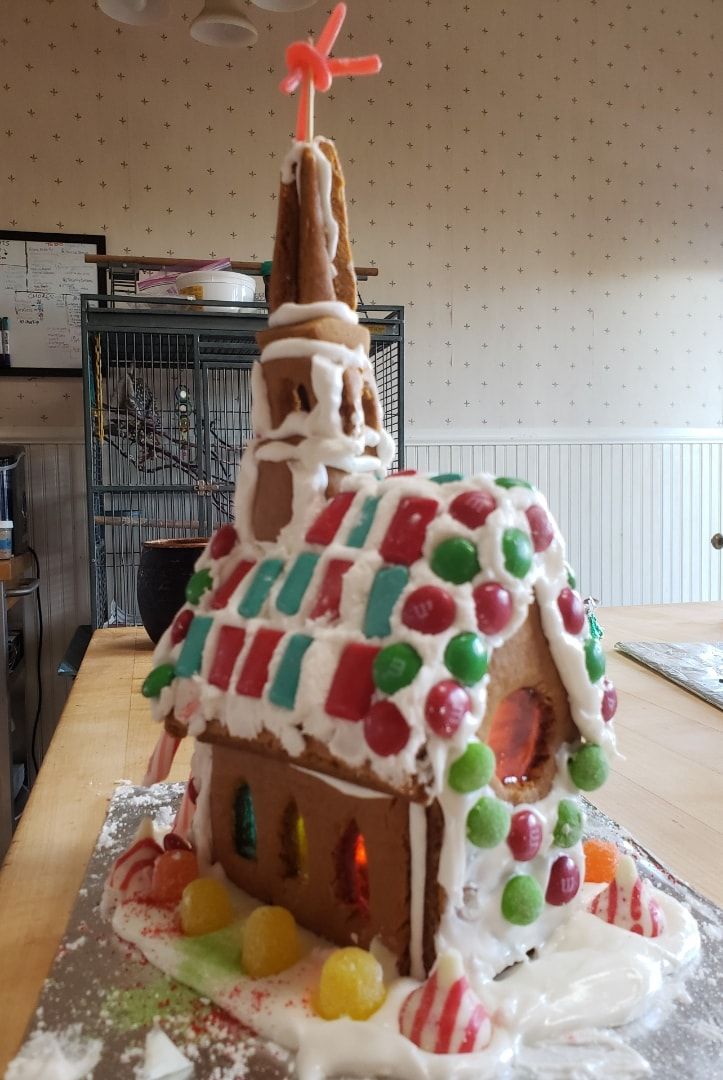 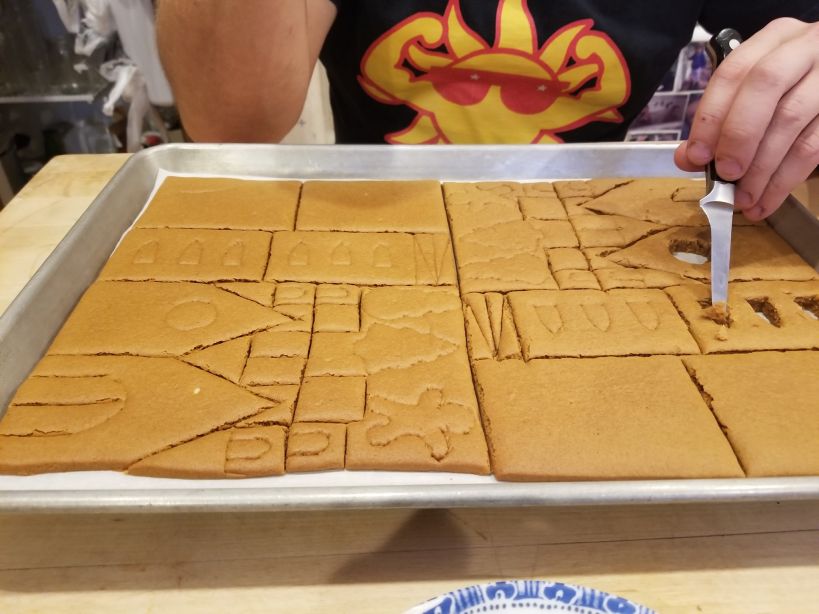 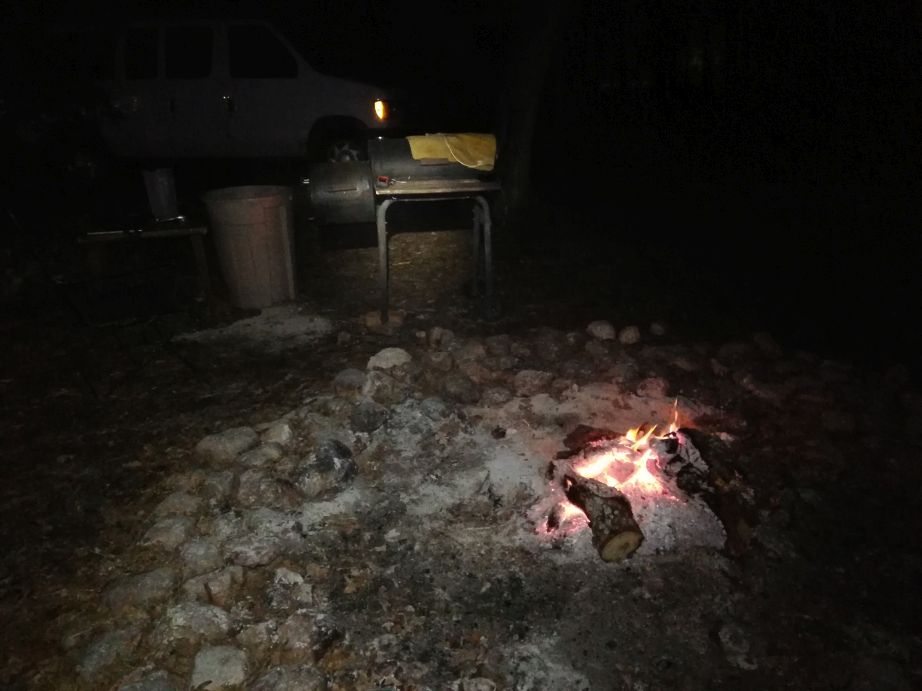 Santa up at 2am starting the brisket for Christmas Day 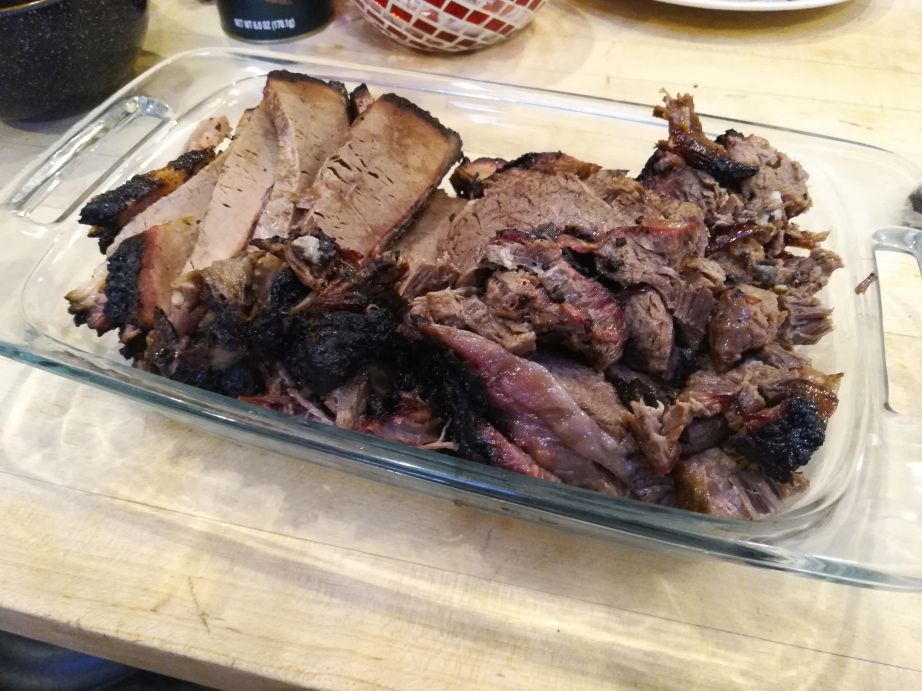 My second time to smoke a brisket. All of it tasted great, some of it could have used a little more time on the smoker... smoking on my tiny offset smoker is hard, very uneven temperatures makes it hard to evenly cook the brisket. 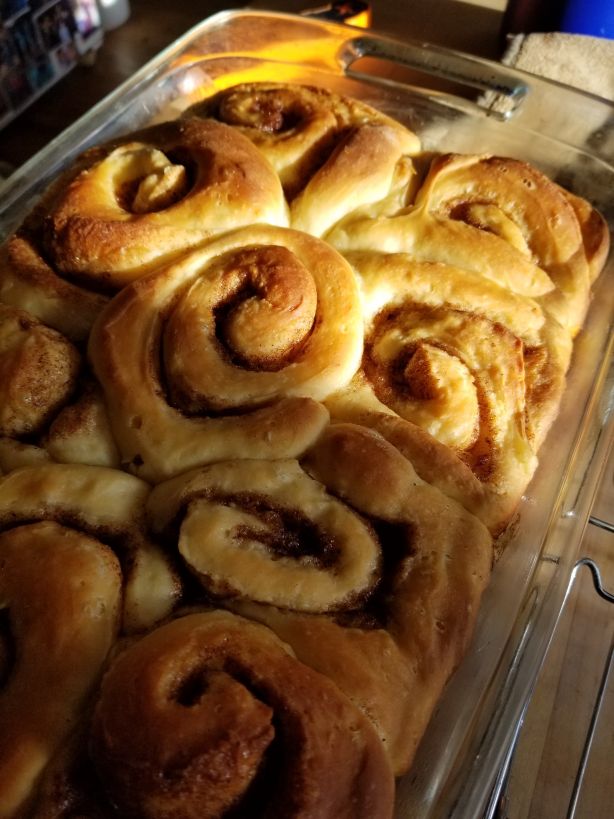 Cinnamon rolls, I think we made something everyday for 7 days straight, I was exhausted... I didn't take any photos of the sourdough bagels. 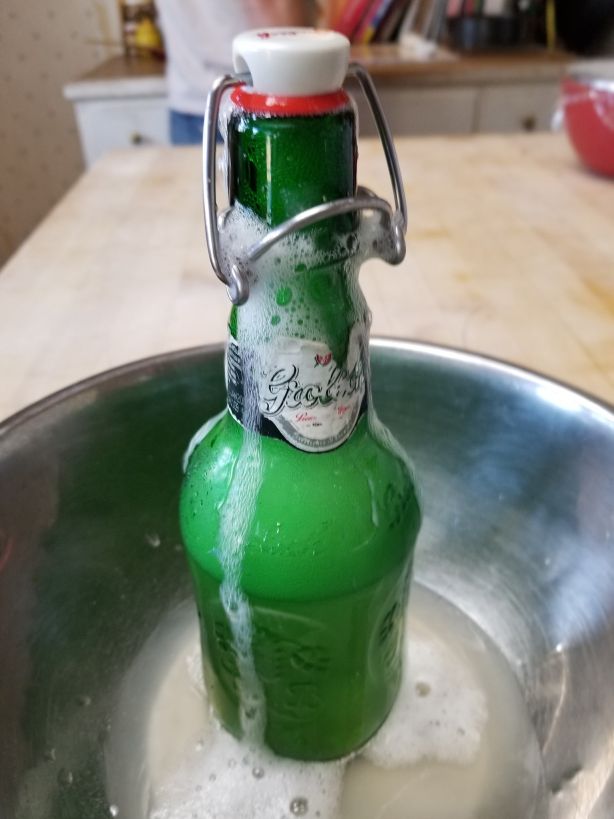 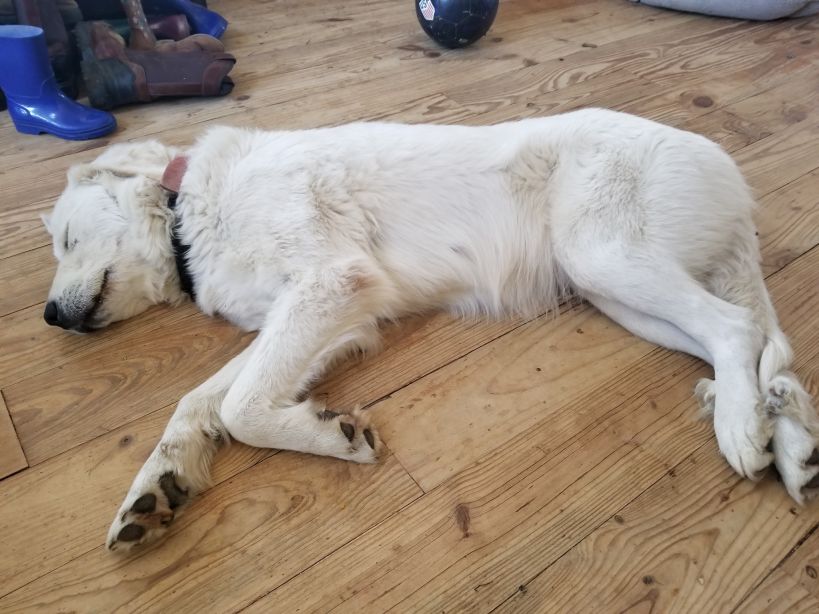 Our livestock guardian slacking on the job. 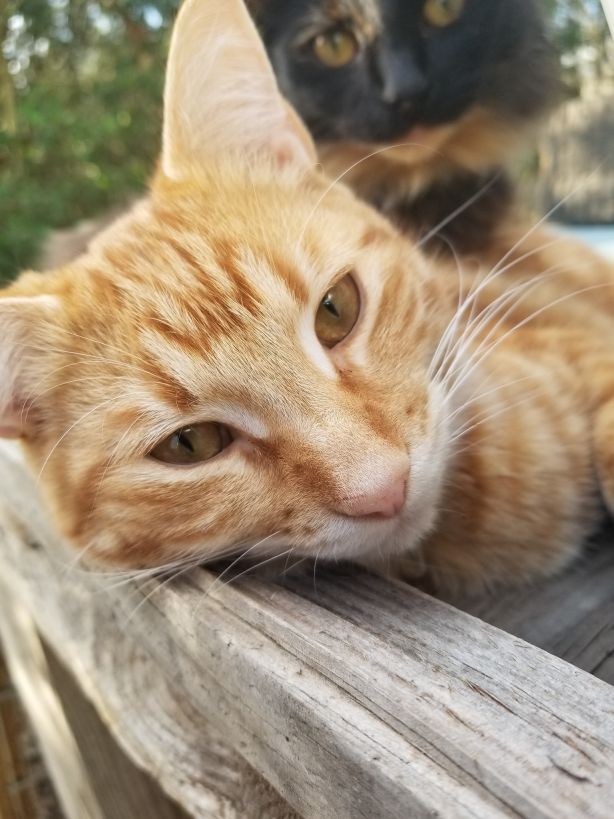 A lovely account of your creative food festivities there. I remember being enchanted by gingerbread houses as a kid but never did we make one 🙁.

Yours look great, what a fun and tasty treat for you and your family. Thanks for sharing it with us.

Oh and your cats and dog are very handsome, adorable pictures!

Wow it sounds like a lot of baking and work over your holidays, but I’m sure your family appreciated the effort you put into it for them.  The variety of gingerbread houses is super, it is like a neighborhood built by multiple builders rather than just one, I like it.  I assume the one with the tall steeple was the one you built.

The smoked brisket looks particularly delicious, awesome that you have a smoker.  My parents used to smoke chickens for us as kids, it is such a great food memory.

Good guess, I built it, but my mother in law decorated it. She was having a very difficult time building it herself. I only had to help 2 of the 6 kids get theirs built, the rest pulled it off themselves.

Wow, you all created quite a memorable Christmas! You didn't just make a gingerbread house, you created a whole gingerbread village! Well done, on all your creations.

Thankyou for all of the nice comments! Like I said above, it was a lot of work, not very much fun for me, but my wife and mother in law really appreciated it, and the kids had fun, but I think being kids, they won't realize how special those types of things are until they are adults themselves.

That looks so fun for everybody, but a lot of work for you as you mentioned. They are very decked out! I made gingerbread houses for my daughter's preschool (13 kids total) and I regretted volunteering myself. I hadn't made them before didn't realize the annoyance of all that cutting. Will do it next year just for the family though.