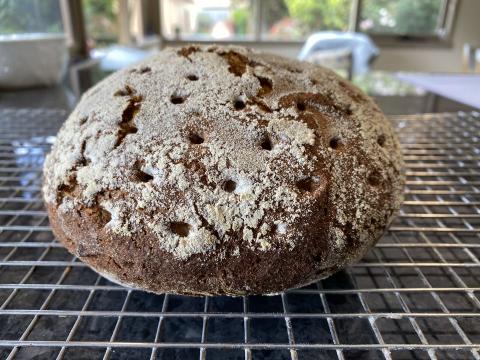 This last weekend I did a test run of a 3-stage fermentation rye sourdough. I know a little about how rye behaves, so I thought “What could go wrong?”. I chose Hamelman’s Three Stage 70 Percent Sourdough Rye. I recalculated for a 750-gram boule.

The first issue was that the recipe called for medium rye flour. I only have home-milled whole rye. Lance advised getting a 40# mesh to get something close to medium rye. I was keen to proceed anyway and went ahead using whole rye.

The 3-stage process requires various temperatures at each stage. My homemade proofer is quite hard to change the temperature, so I finished up using a 25C fermentation for stages 1 and 2. I used the inbuilt oven proof function for stage 3, which was slightly higher than the 29C required. The final proof was completed in 25C instead of 29C. While all this was happening, I read about the Brod and Taylor proofer some of you guys use. It would have taken all the anxiety away.

I was happy with the result. The baked loaf has a few cracks (apparently good) and had a good sound when I tapped the bottom of the baked loaf. I am now waiting for 24 hours for the crumb to stabilise. I will add a crumb picture tomorrow.

I am looking forward to repeating this after I get my new gear. 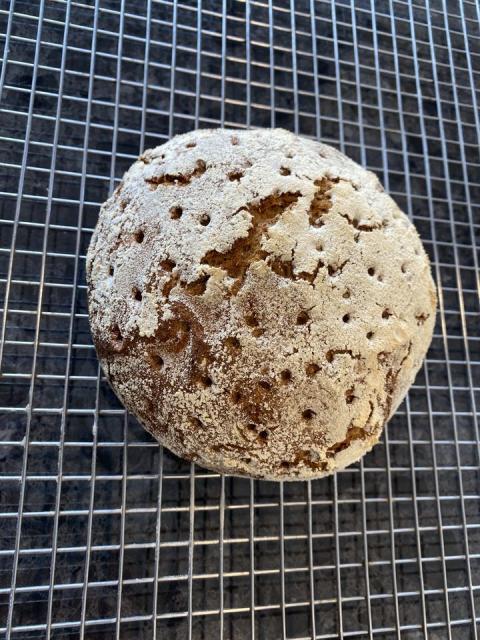 Very good looking loaf there Gavin.  I have never even looked into baking a rye loaf like this and didn’t realize the complexity with respect to temperature.  You will really appreciate the proofing box when you get it since these temperature changes will be made very simple.  Hopefully you’ll be pleased with the crumb when you finally slice this good looking loaf open.

After letting the crumb stabilise for 24 hours, I sliced the loaf and shared some with friends. Cream cheese and cold smoked salmon was the order of the day. The rye was very pleasant and seemed to have a sweet flavour. The crumb was not overly dense as I was expecting but could be described as medium. Overall I am very pleased with the result, but I don't have a perfect sample to compare this to 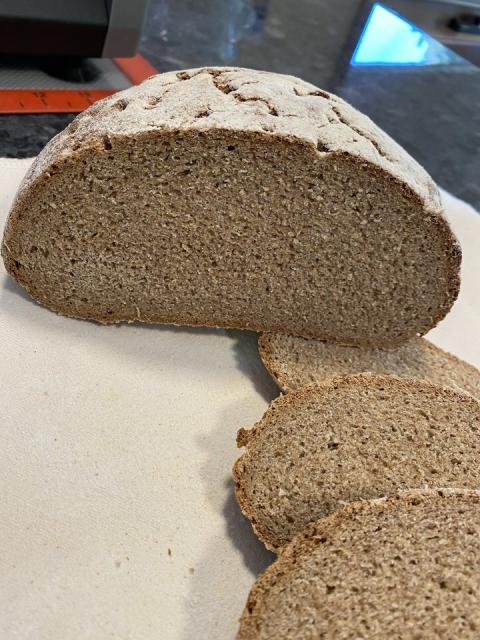 Looks like a fine rye loaf to me not that I have any experience with rye loafs like this.  I bet it was perfect with your smoke salmon and cream cheese Gavin.