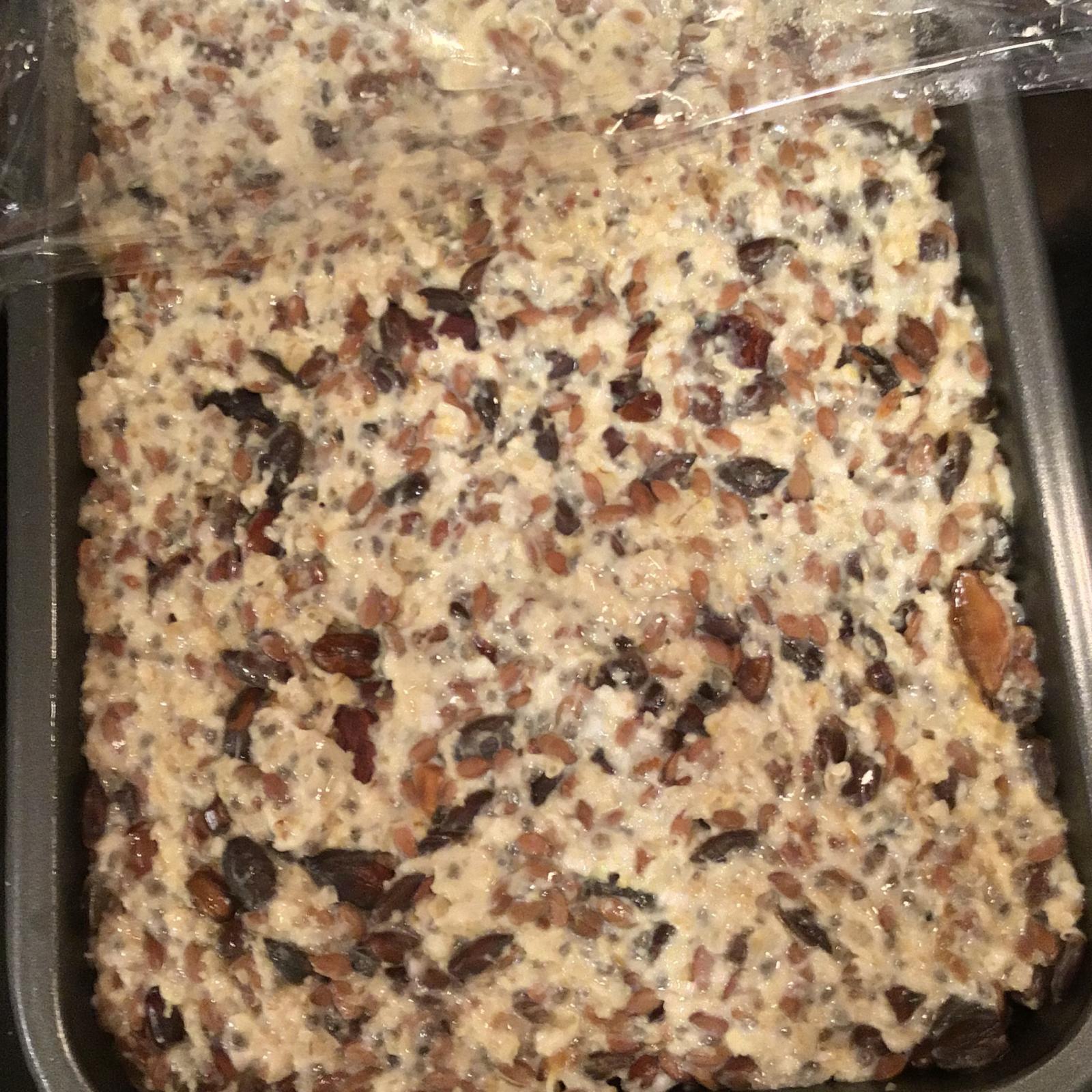 (Above image is pre-cooked, shortly after mixing.)

This is the rolled oats and seed loaf, called "Adventure Bread", from "Josey Baker Bread."

I needed to make at least one substitution: I don't like the effect that psyllium husk (aka Metamucil) has on my system, so I used some extra chia seed, and added some orange-flavored sugar-free "Citrucel" which is a competing product to Metamucil, and doesn't give me the side-effect that Metamucil does.  I figure the orange flavor won't be too far out of place.

I also used agave syrup instead of maple syrup.

I bought this book in Kindle format when it was recently on sale for US $2.99.

No leavening, no yeast, no sourdough.

I put it in an oiled  loaf pan, and it's waiting in the fridge for a few hours and will bake tonight, 1 hour at 400 F.

So... it ends up being gluten-free too.

And how did it taste?

It's scheduled to be baked tonight, Tuesday, and cut open tomorrow, Wednesday, morning. 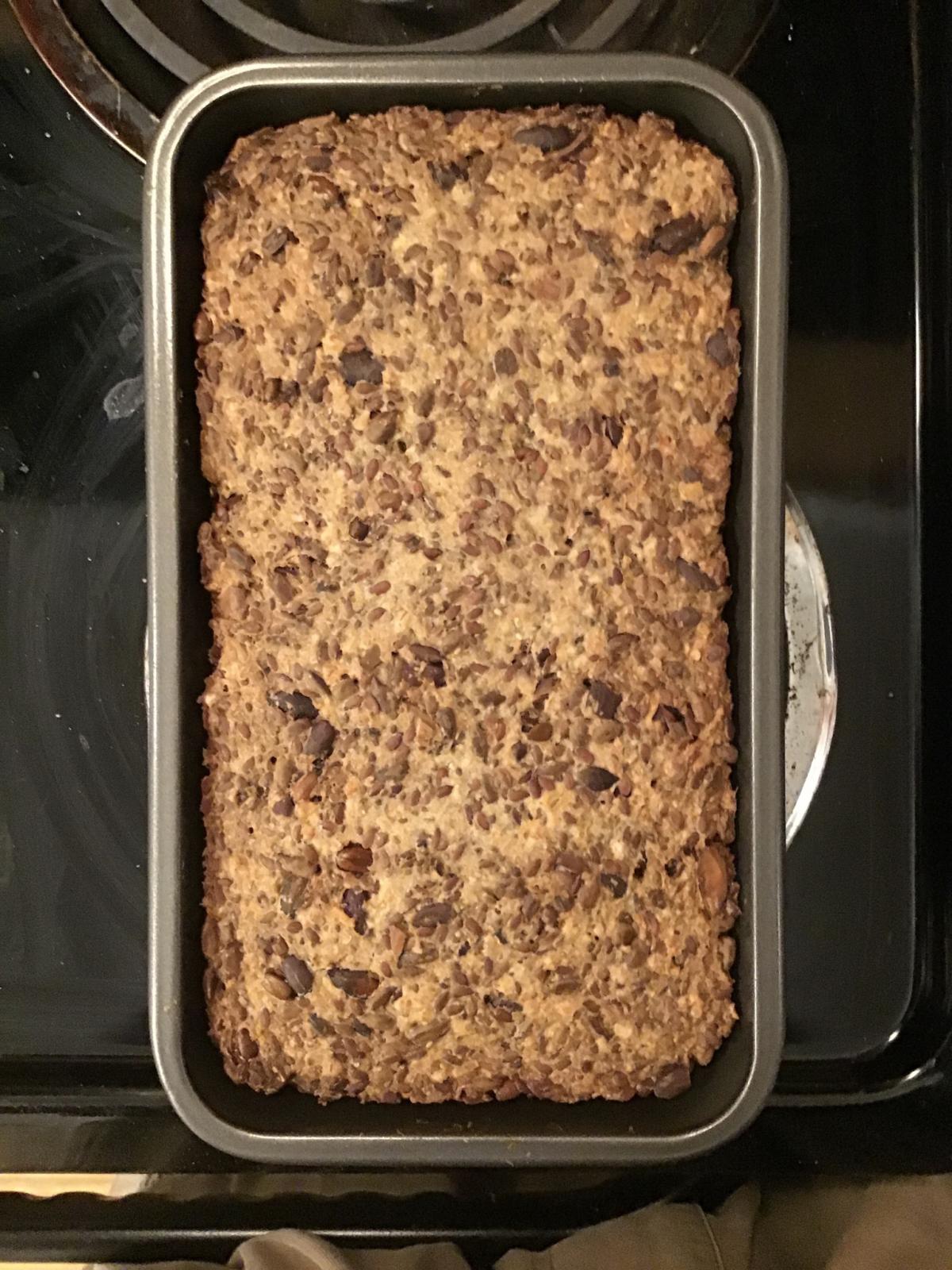 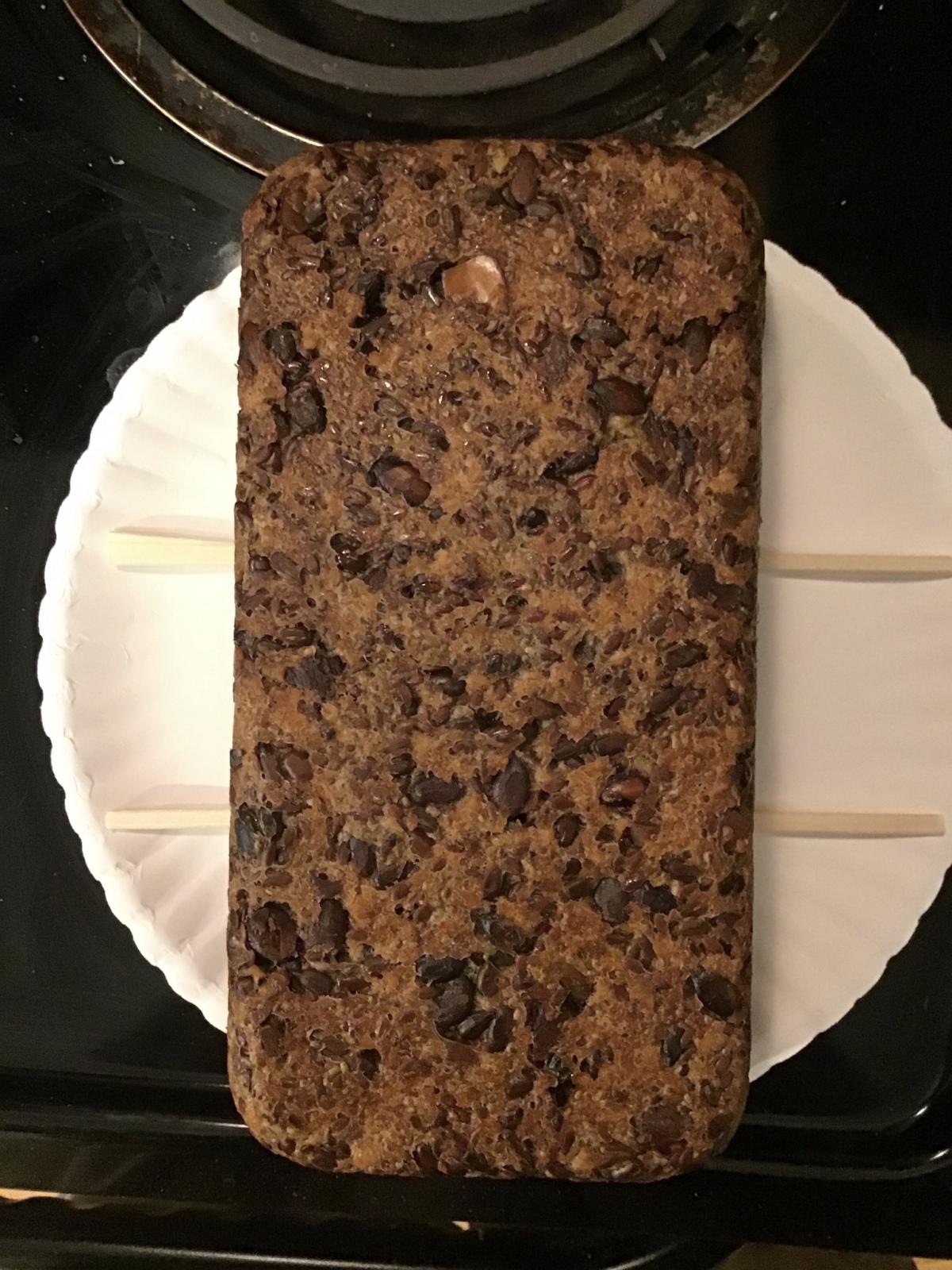 Gonna (try to) wait until tomorrow before cutting open.

Cut slice, not toasted yet: 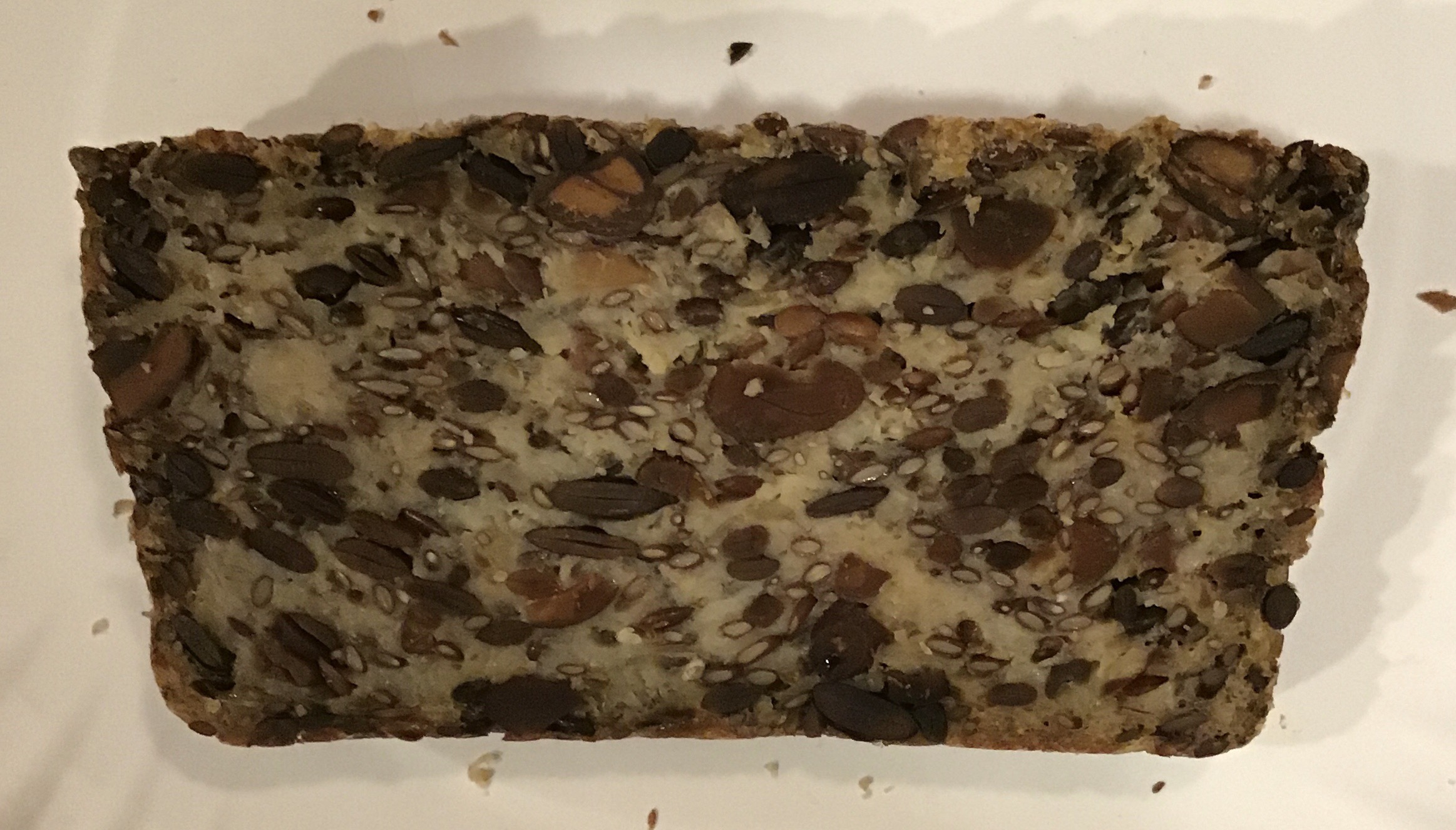 I ate one slice un-toasted. Not bad.  The thick rolled oats had pretty much dissolved and formed a homogenous gel. It's a bit moist, so I may not have compensated enough for taking out the psyllium husks.

One big mistake I made was toasting (in the oven) the sunflower seeds and pumpkin seeds before adding them to the mix. They tasted a bit burned.

The directions say to toast the sunflower seeds and pumpkin seeds, but I could only find roasted ones, not raw.  So I think the author meant toasting raw ones.

I used UNsalted sunflower and pumpkin seeds, and with the added salt in the recipe, the saltiness was just right for me.

I did buy raw whole almonds (unsalted), and by toasting them, they came out good.

After cutting off a slice and toasting the slice, the sunflower and pumpkin seeds tasted even more over done, burned even.

So, bottom line on the seeds/nuts (sunflower, pumpkin, almonds): don't toast them yourself if you buy them already roasted.

The flax and chia are added raw according to the recipe, and those came out fine.

The baked, but untoasted slices, hold together well. But, after toasting a slice, it tends to fall apart. This makes me wonder if the binding qualities of the psyllium husks would have helped.

2. Do a better job replacing the psyllium binder. Perhaps use ground chia and some guar gum. .

I have some guesses, but I haven't figured out how to replace the psyllium yet.

Based on how the book's pictures of the baked slices show intact oat flakes, I conclude that the psyllium husks are key for water absorption and binding.

Here's a public formula for this which is very close to Josey Baker's: