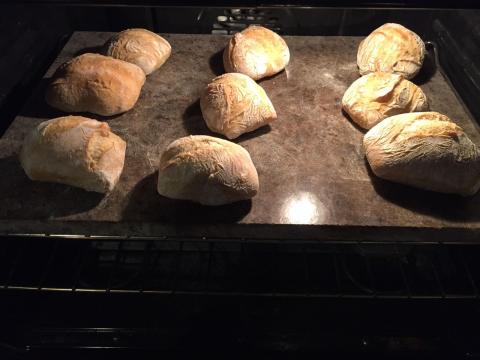 Another back burner bread I'd wanted to get around to.  I've made the Weekend Bakery version a few times, but never in the "true" rustique spirit of things - basically a simple nearly unshaped AP bread.  Dump the BF dough on the counter, square it off nice and neat, and divide into rectangles or squares.  Nothing more.

The Hamelman version also uses a 50% fermented flour poolish but is a few clicks wetter at 69% hydration.  After the second of two folds during the 70 minute BF, it's time to ensure that the oven is fired up and preheating as things move fast. A final 20 minute rest after the second fold, then divide and another mere ~25 minutes before bake time.

I made this yesterday, but was: 1) learning the error of my ways, and 2) underwhelmed by the basic blandness of the bread.  In fairness, this is a pretty unsophisticated dough as the name and description suggests.

Time to do a reset and a V2.0.  Last night, in an effort to drive up the flavor, I dosed the poolish with all 10% of the swapped in rye flour.  Divided into "dinner / small hamburger roll" sized portions, rather than the suggested big rectangles in the Hamelman formula,  I ensured that they had a good roll in the flour to ward off yesterday's problems with sticking.  The dough at this point is so soft and fragile that the quick diagonal score across the surface looked good going in, but only allowed for the dough to expand a little.

Baked at 460dF with 13 minutes of steam and an additional 10 minutes, they plump up nicely with a crisp crust and opened well for an under 70% hydration dough.  The added rye gave the anticipated boost to the flavor.  Although they have a distinctly ciabatta-like appearance, they are definitely not the same bread.

The kids nestled in for their short nap. 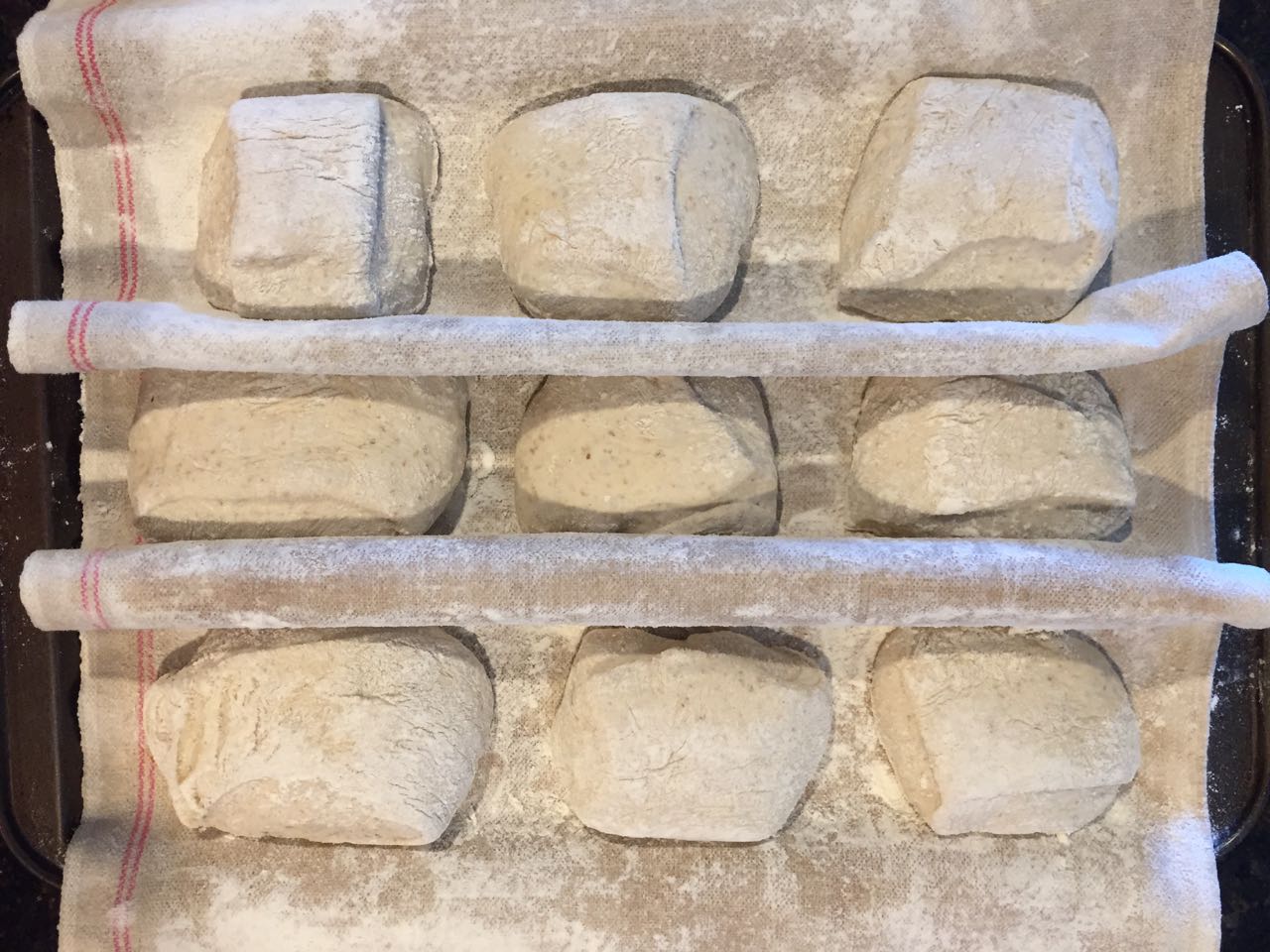 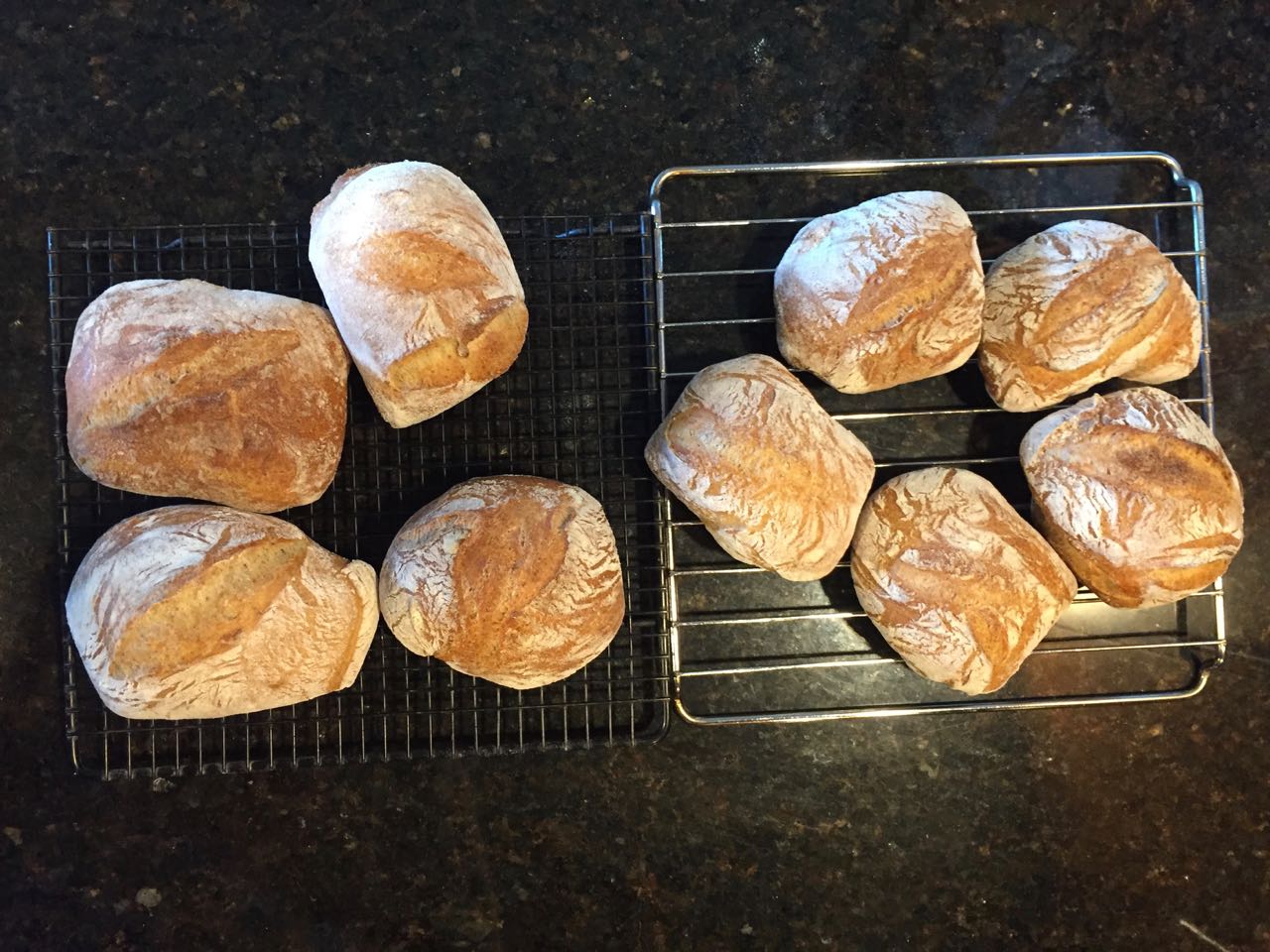 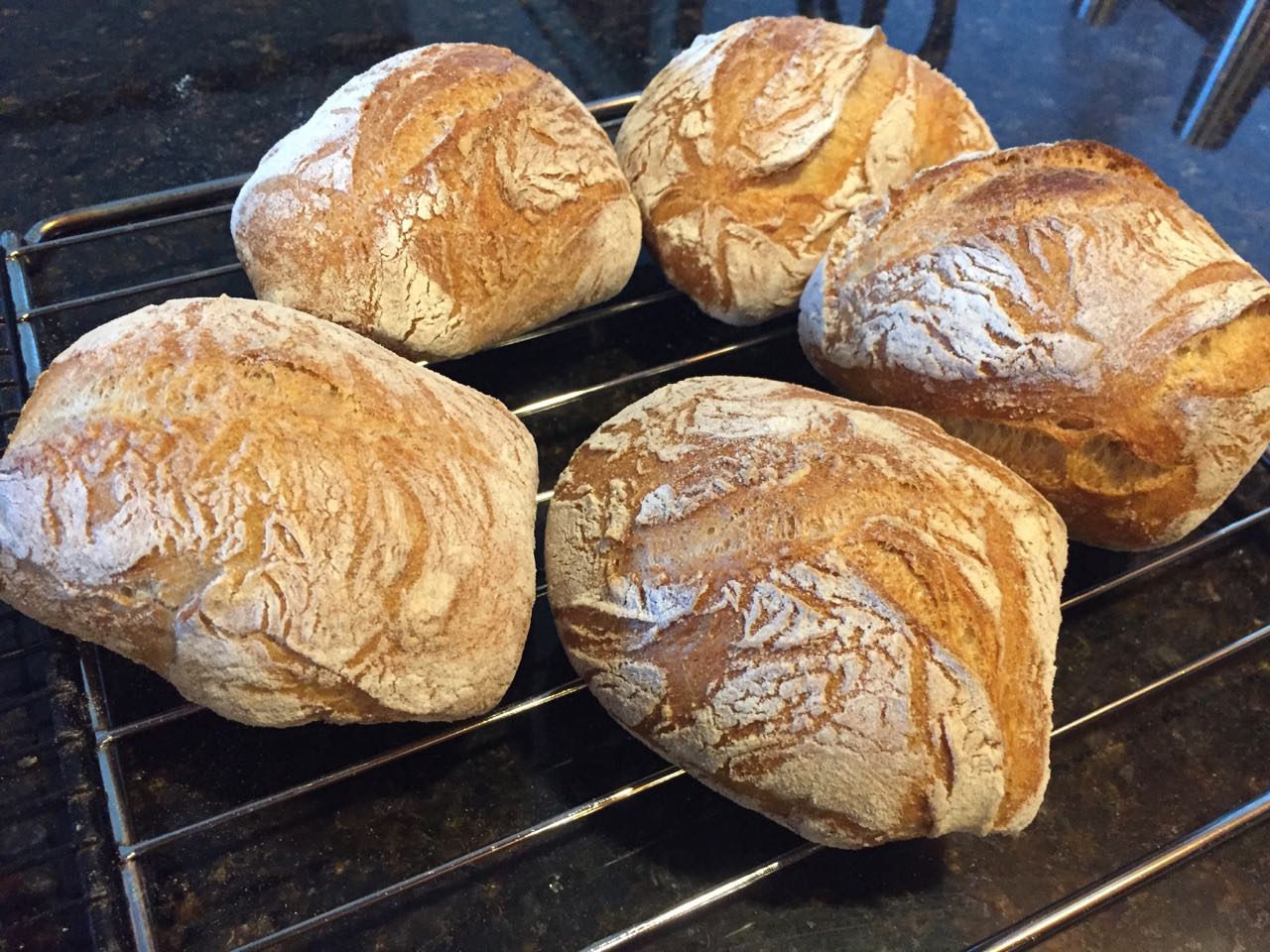 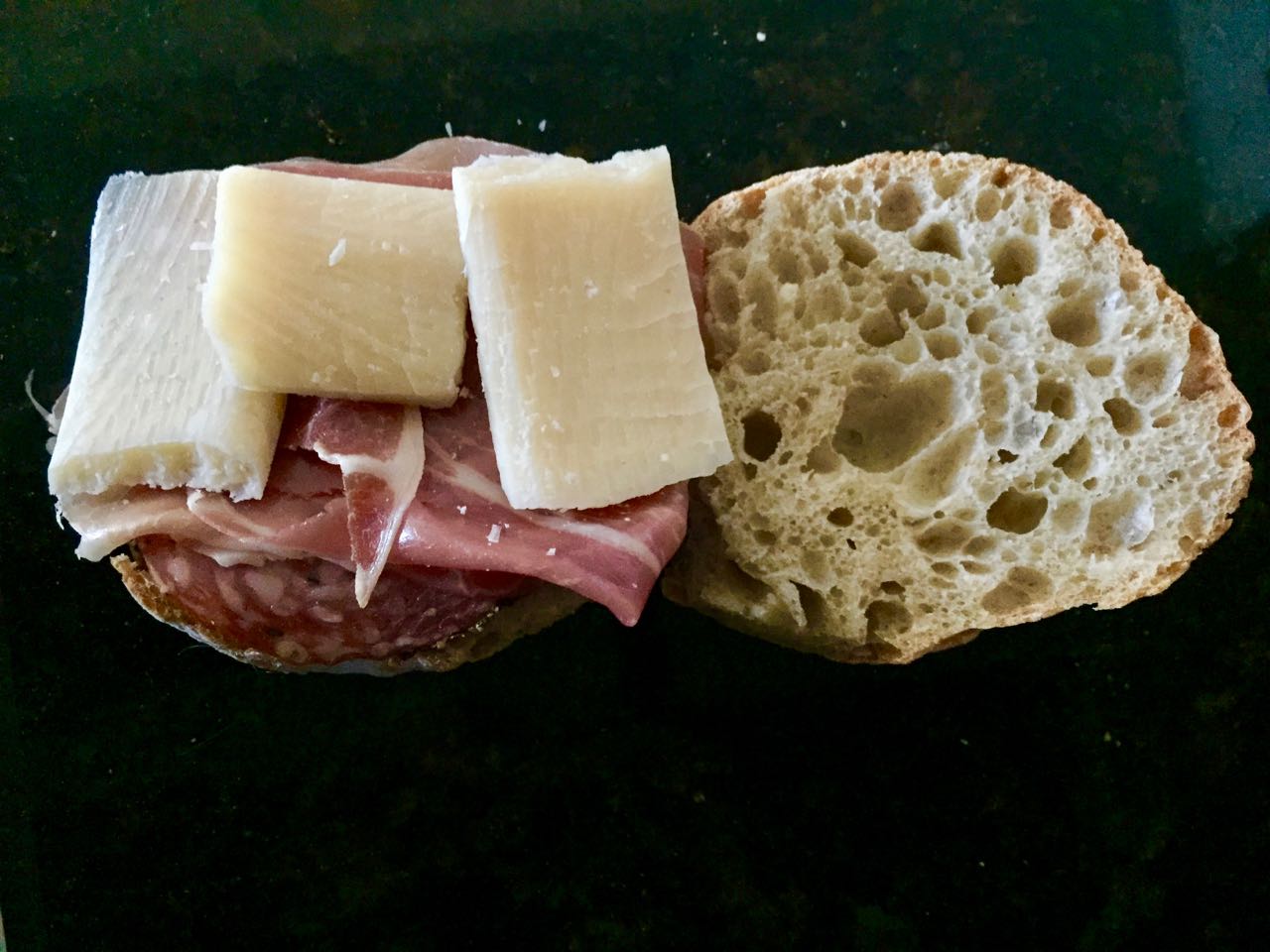 Super nice looking sandwich breads. Since there wasn’t a super long fermentation, did you find the bread had a good flavor? We’re pretty much accustomed to 24 hour breads.

Made the dough just a little stickier to work with but no problems.  The rye definitely added some flavor, because the standard formula buns were pretty bland.  I suppose that I cold sent these into retard with a shorter BF cycle and see what gives.  Maybe next time!

Very nice rustic baguettes! Only you, could make a blob of dough turn out so ecstatically perfect!

share the throne with.  I'm happy to just be another member of the Royal Palace.

Well, my mother dropped a blob of flesh ~70 years ago, and I came out kinda okay, but not ecstatically perfect - just ask the wife.  Just passing on the tradition!

They have the outward appearance of ciabatta, very nice.

that they are quite different.  Way lower hydration, just barely open crumb and not as sweet.  But not intended to be.  A simple application.

I prefer less or no raw flour on breads in general, but with the amount of exposed sides after dividing, they needed to be dosed with flour to avoid some nasty sticking problems.  It does help me practice a really gentle touch as they are so fragile between the couche and the oven peel.  A work in progress...

Alfanso, those make me hungry!  Pulled out Bread to look up something else and remembered I wanted to compare your version.  I like your addition of rye.  Hamelman uses bread flour instead of AP.  What are the benefits of all AP in this recipe? In the years I've had this book, somehow I haven't made this bread, and will now try both versions.

Mont Bay, when Hamelman mentions Bread Flour he is referring to a flour with approximately 11.5% protein. That is in accordance with the BBGA guidelines. King Arthur All Purpose is 11.7% so it would be correct. This stands true for all of his formulas.

I was originally using "Bread Flour" for baking these types of breads from his book.  And then I noticed where Mr. Hamelman states just what Dan mentioned.  KA AP is right there.  And so I went back to using the "weaker" AP flours.

how perfect for sandwiches

Looking forward to the next bake