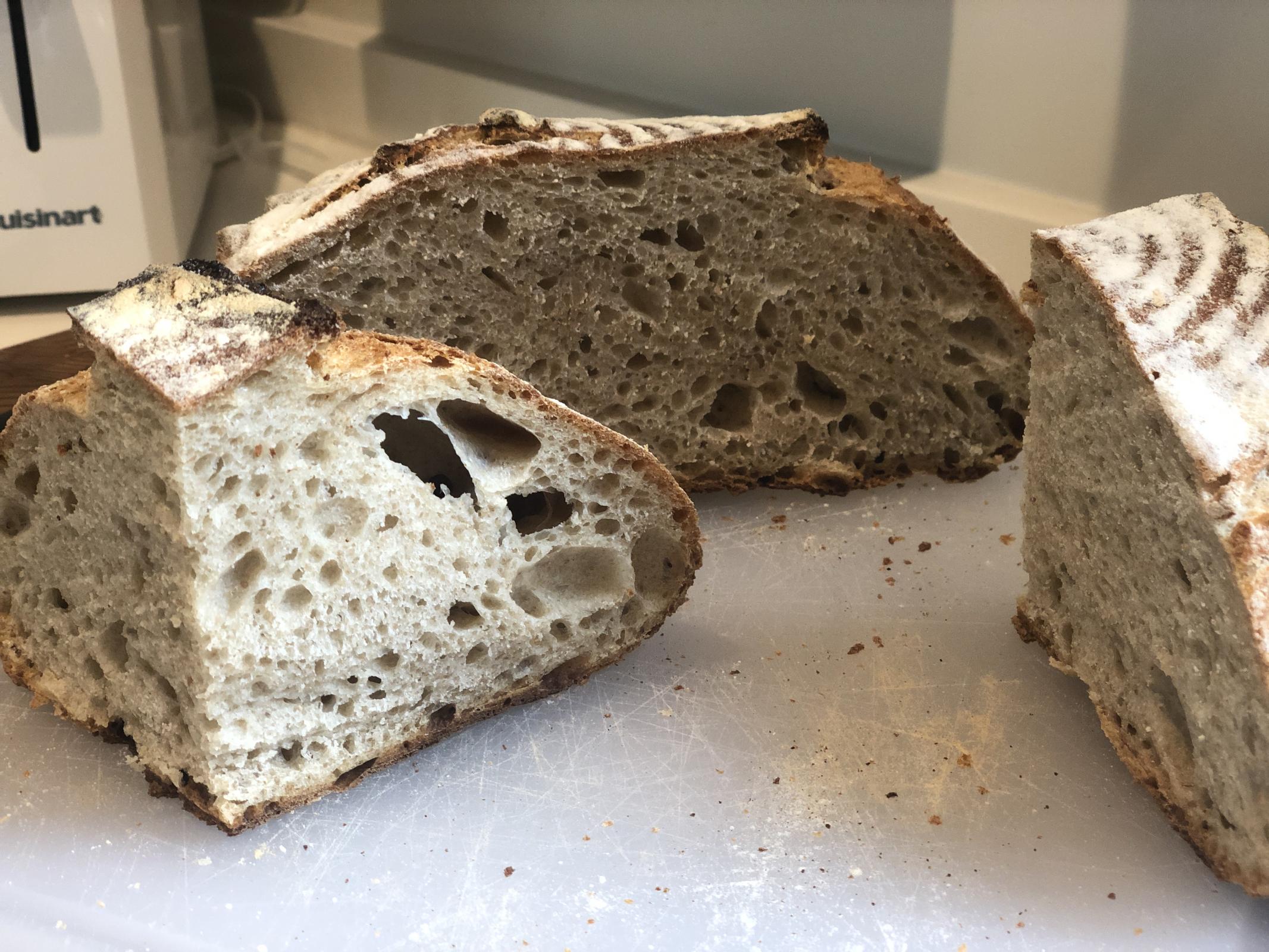 I thought I'd share my first experiences with Chad Robertson's Tartine basic loaf - the one all the recipes in the book are based on.

For context, I've been baking out of FWSY for the past few months, with generally good results though my loaves do tend towards overproofing and inadequate oven spring, likely due to my warm kitchen.

So, with respect to the Tartine bread, I made this on Friday and tasted the best loaf on Saturday.

- I used a starter I had made using FWSY technique called "Lionel". I fed him for about five days using Chad's technique of a 50/50 white and wheat flour mix. That seemed to go well, and I will replace Lionel with this new starter, whose name shall be Leon.

- I fed Leon at bedtime Thursday and tried to make bread with him on Friday morning. But the starter was overripe and sunk in a bowl. So I fed again and started at noon. I had bread by 8pm.

- Followed the recipe and instructions faithfully. It was not very difficult.

- Because the kitchen is warm, I did a 3.5 hour bulk ferment. When I put the loaves in the proofing baskets, it was notable that they already passed the "poke" test.

- I moved to bake after about 2 hours, maybe less, of proofing. The dough really looked ready. The first loaf I handled roughly and had difficulty going directly from basket to Dutch oven (don't do this - just get it on the counter and place it in).

- I baked the first loaf for 20 minutes before removing the lid. I baked the second for 25 minutes. Second loaf (in pics) had much better oven spring.

- I kept them pretty blonde, per Chad's preference.

Overall, the procedures were straightforward and created a good result. But how did it taste? Honestly, I was a little disappointed. I found it lacked complexity and it didn't have the dimensionality of a Forkish bread. I am trying to figure out why, though, given the recipes are so similar. It reminded me of Maurizio's perfect loaf.

So, I'm going to try this again but next time, I will bake for a little longer to get a more rich crust and maybe push my luck a little bit on the bulk fermentation or proofing to get some more complexity.