So I attempted my first loaf pretty confident with my researching. The formula was as follows

I fed my starter two nights before and placed it in the fridge after it had almost doubled in size which took around three hours. The morning of baking I took it out of the fridge and it had decreased in size a bit but puffed right back up after two hours at room temperature. So I concluded it was ready to bake with. I’ll also note here that I’m working in a very hot and humid Caribbean climate with a very active and hungry starter. My kitchen was around 27-29 degrees Celsius ( 80-85 F).

I mixed all of the dry ingredients together. (including the salt ?) I’m rebellious and Decided through the research I’d done that the difference would be minimal if at all. Then added the water and starter until the flour was fully hydrated and let it sit for 30 minutes. I did three stretch and folds 30 minutes apart it tore slightly during the second round but after the third it passed a window pane test. I then let it proof until I’d found the dough to be puffed up to about 25%. Which took around an hour to an hour and a half. I was very cautious of my dough over proofing due to how active my starter is. It also smelled quite vinegary so I assumed it to be pretty acidic, and my climate. I then let it proof in the fridge for a further 7 hours before baking. Here’s where disaster struck ?. It bursted at the bottom! I never even thought of this happening. 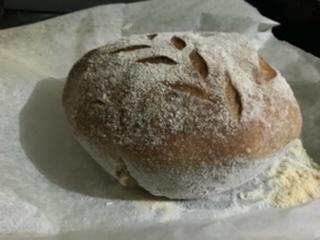 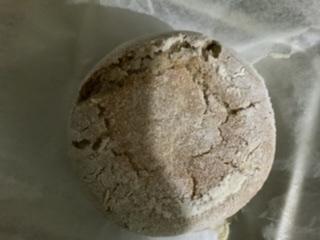 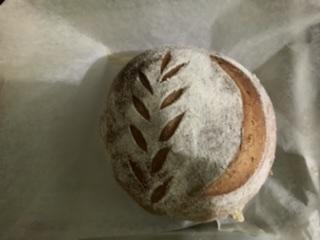 Perhaps I was too cautious about overpoofing so I ended up underproofing it a bit? I don’t have a crumb shot of it yet. It’s still fresh out of the oven

My pre-shaping was also not the best ? but I’d say my final shaping wasn’t too shabby as I had some practice then. Or my scoring was not deep enough. I also was veryyy liberal with the rice flour during proofing as my dough was a bit sticky I’ve heard rye can do this to a dough. So maybe I dried the top out too much?
any suggestions would be muchhh appreciated as I plan to give it another go in the morning.