This is my first post on the site so, "Hello!" I have been baking pan loaves for some time, and just a couple of years ago I began adding some sourdough recipes to my repertoire –mostly with success. This winter I felt the call to try something harder so I bought a dutch oven and Ken Forkish's Flour, Water, Salt, Yeast. Since then I have been a weekend warrior conquering recipes in order through the book. That is until I made it to the Boss Level: full-levain doughs. Disaster, alas. So I turn to you TFL community for help. And from all my pouring over this site, I know that there are more than a few bread champions out here to ride to my aid. !!

I've attempted the Overnight Country Blonde a couple of times now, and both times the proofed dough has come out of the banneton a shaggy mess. I try to reshape the dough, but as soon as I start working with it, it melts into a sticky puddle. Minutes of stretching, folding, and turning helped not a bit. In fact, the more I stretched it, the more liquidy it got. My latest failure tonight left me in such frustration that I committed the sin of adding about a cup more flour until I could get the dough to begin stiffening up. Then, as I had knocked all the air out (rather, the air came out as it puddled), I turned it back into the banneton and let it proof at RT for another hour. Then, straight into the pre-heated oven!

The result was a flat brick, yum! Here is a pic: 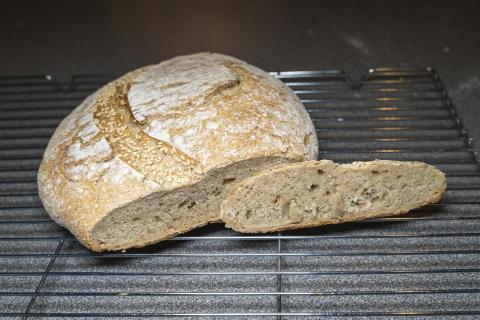 I am nearly at a loss. The ratios (before the last-ditch addition of flour) were all double-checked. The dough bulk-fermented in the fridge for no more than 15hrs. It was shaped and proofed at RT for 5hrs. And before you censure me on the longer proof time, let me say that I was hoping that the dough would rise more since it rose hardly at  all overnight. And it appeared to pass the finger-dent test. Oh and never did it smell alcohol-like–not over-fermented is it?

If it's not over-fermented, then what is destroying the gluten network? Acid from the LAB? And what should I do? At this point, I hope you all can understand, I need a real crackerjack of an idea before I will attempt this again.

Thanks in advance for all of your help,

It has been a while since I have used that recipe, but what I found was that Ken's kitchen temperature must be on the very cool side as everything seems to happen quite a bit faster for me than it does for him. A breakdown of the gluten structure like that can happen from over kneading (not likely with this recipe) or over proofing. Also, there is a possibility of over active protease enzyme activity. I've only had this happen once and it was using a recipe that used a large percentage of starter that was maybe a little too mature. I would suggest building a levain using a low percentage of starter, maybe 1:10:10? Do this a couple of times to encourage a healthy, balanced starter. And when using it in the recipe, try using the levain when it is fairly young.

Maybe it’s too late for this post to be of help to you but here go my two cents worth of advice.

I had exactly the same problem as you the first 2 times I attempted that recipe, after being very happy with other ones from his book which is still my very favorite.

Today I made the Ov. Country Brown which is exactly the same except it uses WW Flour in the mix. I’m attaching a photo of the loaves here, which I think rose quite good for a pure levain dough.

This is what I did different this time:

1) When I took the dough out of the fridge in the morning it was as flat as when it went in the night before, after the 12 hours. So I put the tub in the oven for another 4 hrs, my oven has a Proof setting and that’s what I used but probably leaving the light on would have the same effect. After the 4 hrs the dough had risen the 21/2 times.

2) This time I ignored the 3 hrs as proofing time from the recipe and after shaping it (which was not hard at all), I put them in the bannetons, covered them and started doing the finger testing after just 30 min, at 45 min the test came out right and I put them in the preheated Dutch ovens. 500F. 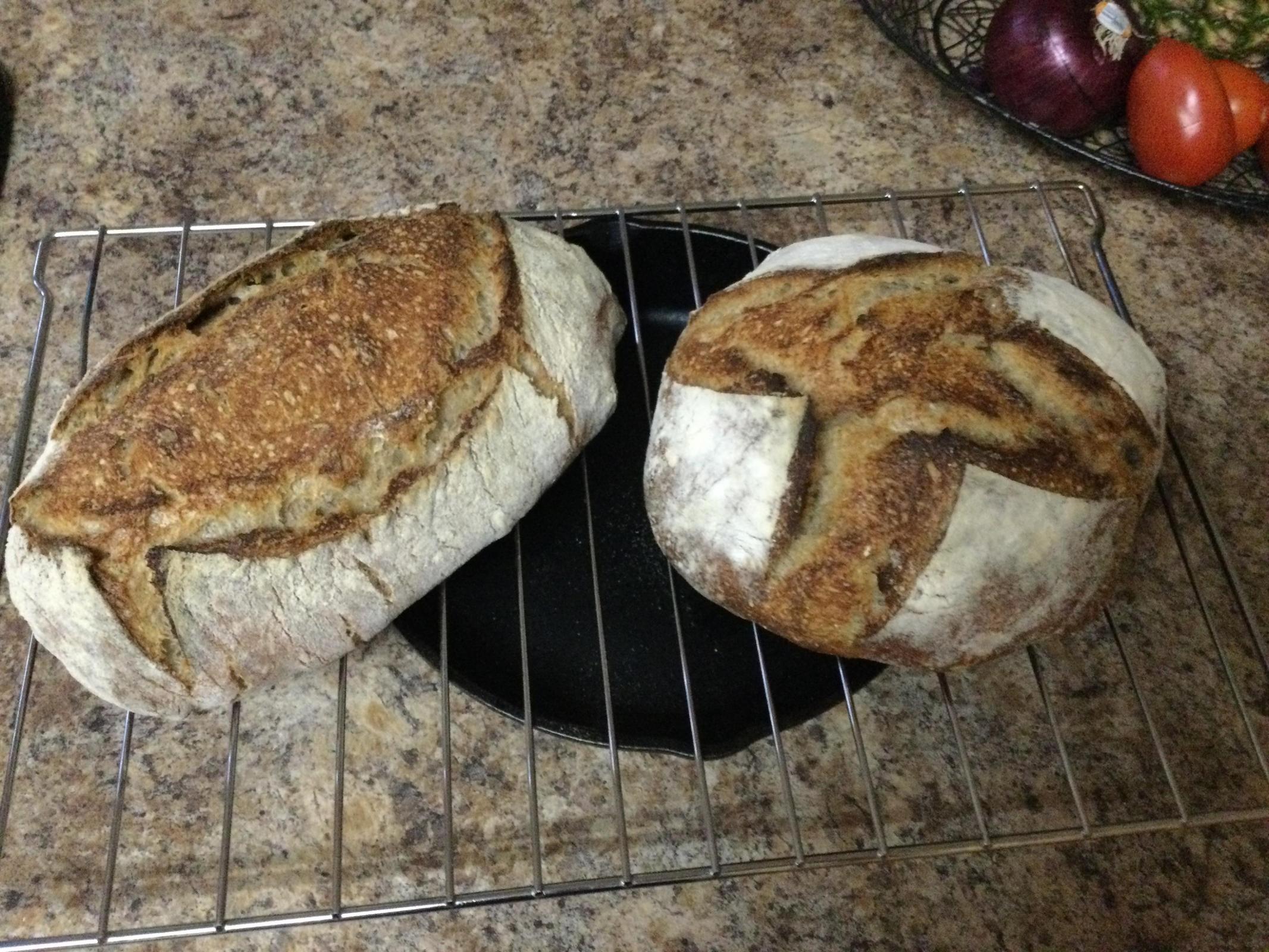