Forkish's "White Flour Warm-Spot Levain," but not as white

Forkish's "White Flour Warm-Spot Levain," but not as white 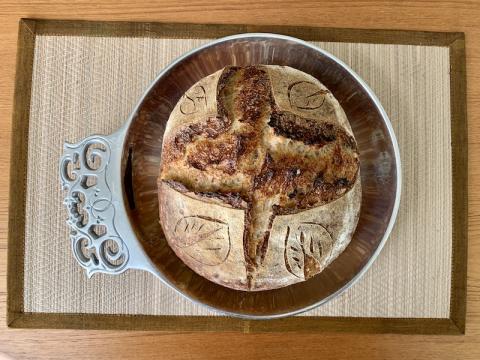 It has been a while since I have posted on The Fresh Loaf. I have been baking just as much as usual, but I have settled on favorite breads that I have shared at least once already. I decided I would post again only when I baked something new, at least new to me, that I thought was really good and worth recommending to other bakers for them to also try.

A few weeks ago, I baked a new bread from Ken Forkish's Flour Water Salt Yeast, his “White Flour Warm-Spot Levain.” It uses a slightly firmer and all white flour levain and ferments the dough at a higher temperature than his other breads. I followed the recipe exactly as written, including going through three levain builds, although I didn't waste any “spent fuel.” It made a very nice, mildly sour white pain au levain.

As usual, I watch the behavior of the levain and dough, not the clock. More often than not, the timings Forkish specifies for various fermentation stages are just not accurate for my kitchen.

It seemed to me I would enjoy the bread more with some whole grain flours added, and I didn't see the need for the multiple builds. So, this is what I made this week.

Notes: The starter I used was saved from my last bake about 5 days ago. It was 50% hydration and a 1:3 mix of white and whole wheat flours. I fermented the levain in a Brød and Taylor Proofing Box. If you have a more recently fed starter, you fermentation time for the levain may be shorter. 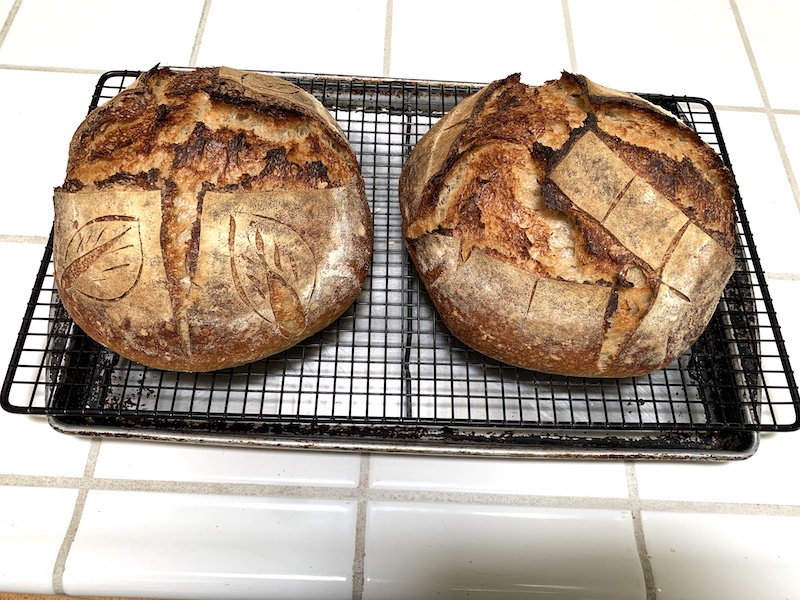 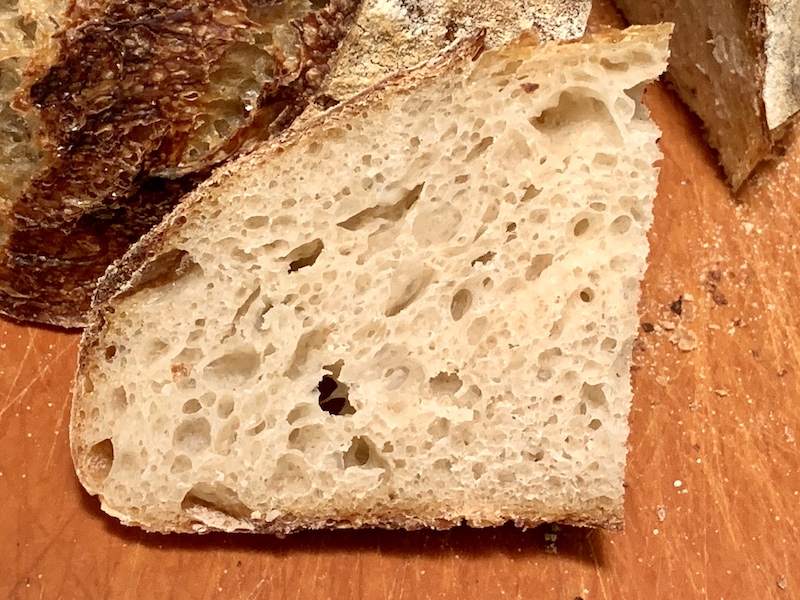 These loaves were cold retarded for about 40 hours. I tasted it when completely cooled. The crust was crunchy-chewy. The crumb was moderately chewy and moderately sour with a nice, wheaty flavor with a little sweetness.

Note that the flour mix used in this bake is very similar to my San Joaquin Sourdough. Of course, the method is very different.

Perhaps like me, you find that posting the same old, same old not your cup of tea either.  Unless there's some new info, twist or change to warrant it.  And I'm usually looking in vain for your next post, so I'm glad your "back", even if you never went away.

As with countless others, the whole "spent fuel" thing is a mystery that is never explained away by Mr. Forkish.  I'll take a guess that it has something to do with bulk levain builds vs. a "measly" build up to 475g  as you use here.  A strength in numbers thing?  In the bigger picture, his formulae are indeed venerable.

Always happy to read your latest.

PS  this year's Mike visit in late April was postponed for some reason or other.

There is a belief among professional bakers that larger levains - somewhere around 500g minimum - results in better bread flavor. This is called the "mass effect." I don't know if this has anything to do with Forkish's crazy-seeming wastefulness.

I had a couple slices of this bread for breakfast with homemade almond butter and apricot conserves. Very yummy all around. It's a keeper. I have to try it as baguettes/epi/fougasse. Something crusty.

I see a lot of recipes using AP instead of Bread flour. Can someone tell me why?

You are a very talented baker!!

I do have a question for you...I started with Chad Robert's Tartine style bread and as you probably know, it's so so good. Do you have a sourdough loaf (or other) that you consistently make as a staple (this I find takes up the time needed to experiment and branch out to try other recipes/methods)...

My "Go To" bread varies from year to year. Tartine's basic country loaf is good. I like Forkish's "Field Blend #2"  lot. I make Jewish Sour Rye often and others. If you go through my blog, there are examples of what I bake - often starting with a recipe in a book, then tweaking to my taste.