I'm pretty new to SD baking so I'm experiencing a learning curve in regards to proofing. I used this recipe (very basic 75% hydration SD) and followed it exactly except for using a pot to bake it in. Instead I baked it directly on my stone, preheated to 500, turned down to 450 when the loaf went in. I thought I got the bottom sealed up nice in final shaping and I scored 1/4" deep, but it still had a butt explosion. I have a pan of water in the bottom of the oven for steam. I did the poke test before putting it in and I poked it, and the dimple slowly returned to shape.

Any help is appreciated! 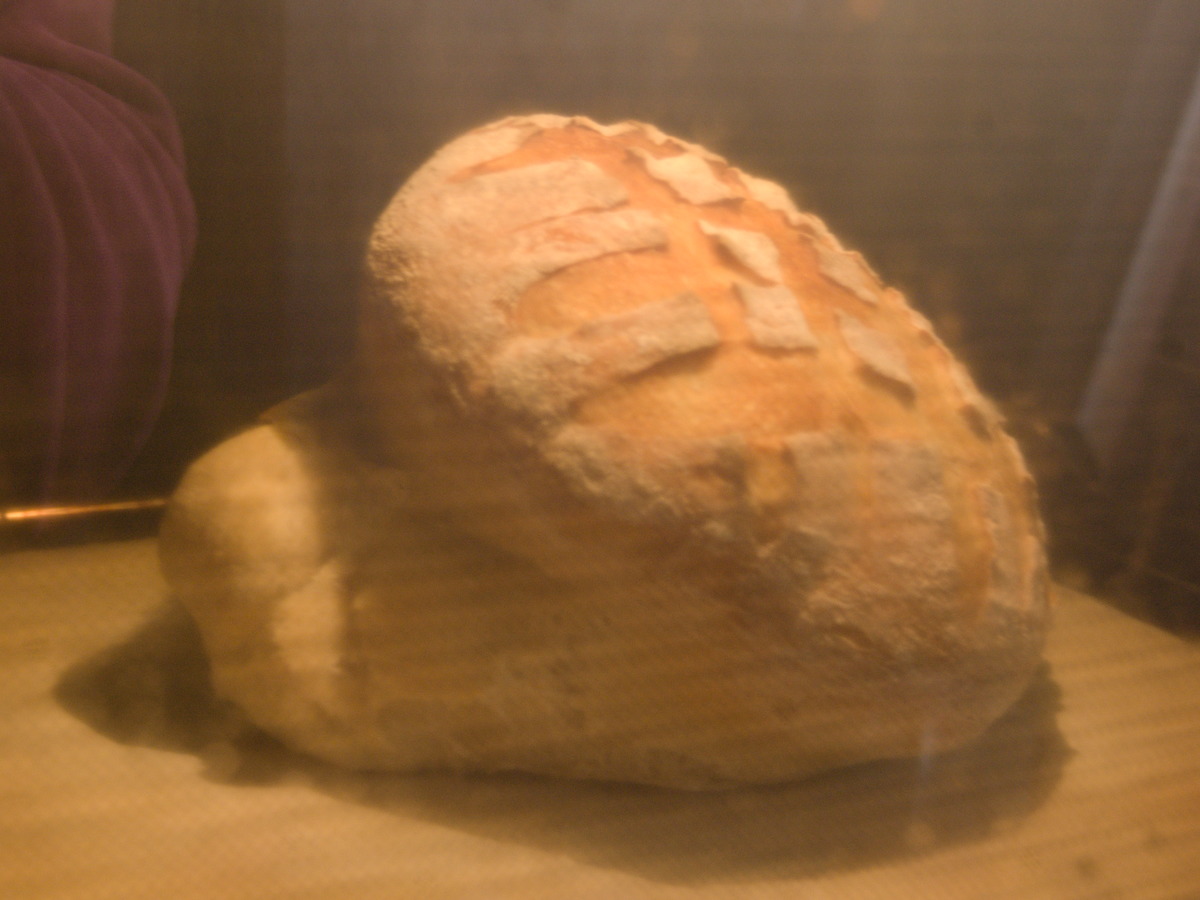 I've seen similar photos where the top of the loaf was set/dried/hardened too fast by the circulating air of a convection oven.  the "skin" got so hard so quickly that the dough expanded out the spot that was the weakest, where the surface/skin had not set/hardened.

Covering the loaf with an inverted stainless steel bowl, or Graniteware roaster, or tenting with aluminum foil might help.

Thanks for your response! So cover in oven for a portion of the bake time?

Yes, at least until the oven spring has sprung.  Rule of thumb, or convention, is 20 or 30 minutes, though oven spring could/should be done well before then.

Is your oven indeed a convection?   Which heating elements does it have, bottom, back side, top/broiler?

The times when the fan comes on in convection ovens vary, based on the oven design, and the settings.

a) If there is an exposed bottom element, then the fan should only come on if you use the convection setting.

c) if there is a covered/hidden bottom element, then I'm unsure what happens with the fan.

New oven so add in a second learning curve. It's a standard gas, bottom burners only. I will invest in a giant stainless mixing bowl.

I'm not sure about lack of steam being an issue. My pan (an old 9x9 brownie pan) was boiling well before I opened the door to put the loaf in. When I opened the door a big old cloud came out, more so than in my sauna :D

I'm thinking I may have underproofed. SD feels different to me...more supple and springy earlier than commercial yeast breads I've done. I know people say yeast is yeast but the SD seems to behave differently for me.

Ok. So I guessed wrong about convection.  _How_ you steamed could be an issue.

That's not the way that the bread-gods (Reinhart, Hertzberg/Francois) say to steam.   The way you did it will tend to keep the oven cooler than normal as the escaping and venting steam takes heat with it.  Maybe  the excess steam kept the stone above it cool, and that may have been a factor.   There is such a thing as too much steam.

It is hard to keep a gas oven steamed because of the way it vents.  So an inverted roaster pan (such as Graniteware) or other inverted oven-safe metal container/bowl may be needed.

What they say you're supposed to do is pre-heat a dry pan on the rack under the rack where the baking stone is, all during the time that you pre-heat the oven. Optionally, put some clean lava rocks in the pan.

There could still be issues with fermentation/proofing.   Can you describe your formula and procedures for the loaf? Be as detailed as you can with flour brands/types, weights, times, temperatures, observations, etc.

It is normal to have confusion when shifting from commercial yeast to sourdough.  Timings change a lot, also the amount you expect it to rise during bulk ferment for sourdough (30 to 50 %, some say 70% in some cases) versus 2x to 2.5x for commercial yeast.

Morning one I made the dough. Let bulk for about 10 hours, stretch and folded, shaped, then fermented over night in the fridge. Woke up at 4 am to go to the bathroom, so I pulled the dough out so it could come up to room temp. Went back to bed.

Woke up and eventually got the loaf in 8...8:30ish. It had easily doubled in size between 4 and 8. I haven't calibrated my new oven yet but I started at 500 and dropped to 450 when the loaf went in.

Since the oven has a window and I'm not used to seeing my food cook...I have been observing food A LOT :D. I watched this loaf like a hockey match. It did a slow spring for the first 10 minutes, the bottom started to round out, lifting the whole loaf. Zero tears at my score marks. I went to pee, came back, and it had exploded on the bottom.

Ya know, looking at the loaf now, the bottom isn't crusty like it gets in my brick oven. I'm betting it was too much steam keeping my stone cold.

Suave:   If she's using a convection oven and tents with aluminum foil (not fully covering/enclosing with an inverted bowl or pan) , should she also steam?

Steam is a gas, if you don't create a reasonbly tight seal it will escape.

It could also been a freak loaf. Something happened along the way??

I would say to make another one with the same proportions, and see if it happen again.

Concerning the steam, I have had great success adding one or two ice cubes into a pan in my oven, from 5mn before baking to adding the ice at time of baking.

Here is a video I made