In praise of Durum flour, from Brar Mills.

In praise of Durum flour, from Brar Mills.

I've gone through at least 30 pounds of this Sher brand high extraction durum flour, from Brar Mills, that I've purchased from a local Patel Brothers grocery store.  It's called "Fiber Wala."  ("Wala" is the Hindi word for "suppIier" or "provider.")  I assume it's at most Indian grocery stores in North America.

It's a true flour, not a coarse semolina.  I've used it for loaf bread, but it's really best for flat breads, such as tortillas, chapatis, and thin pizza crusts.   Durum, a yellow wheat, does not make as good gluten as red or white wheat.  But, if you want a high extraction, high fiber durum for your Altamura/Pugliese bread, this is it.  The label says "whole wheat", but I don't think it is 100% whole grain.

For those who want a more "white" flour (though this is still yellow in color), endosperm only, with a low fiber content similar to All Purpose flour, they make "Desi Style" durum.  But I have not tried it. 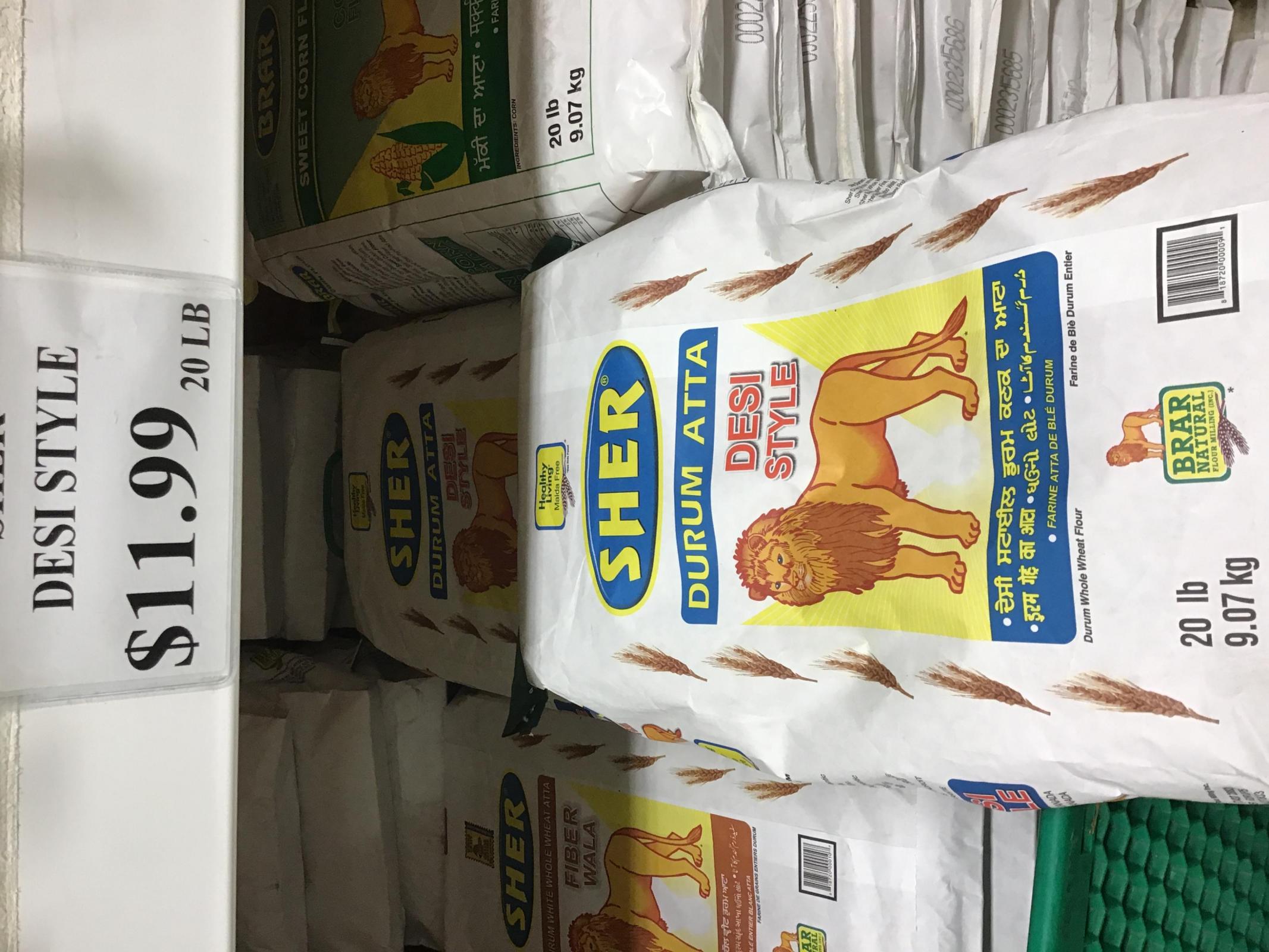 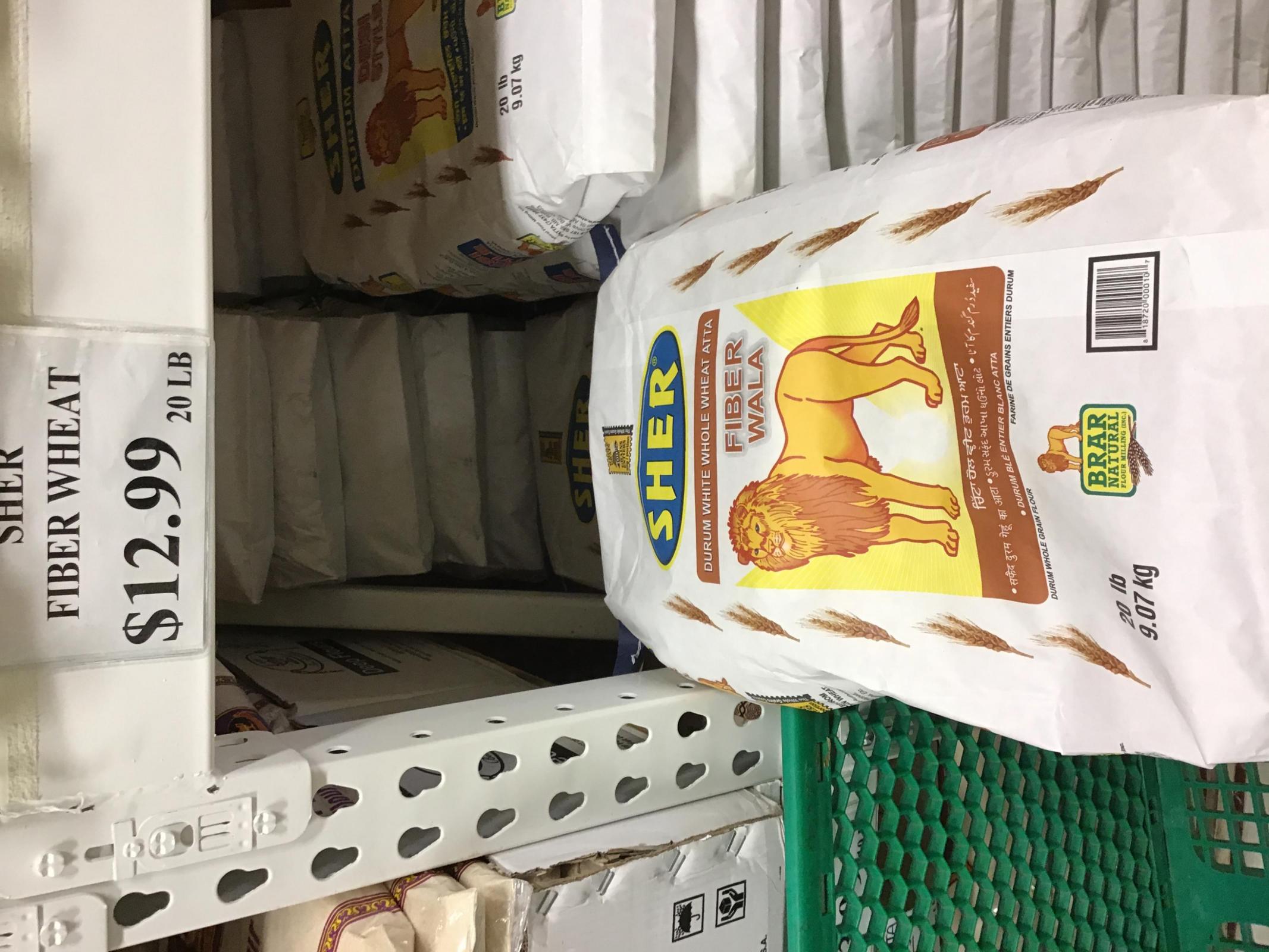 Has more fiber than Desi Style. 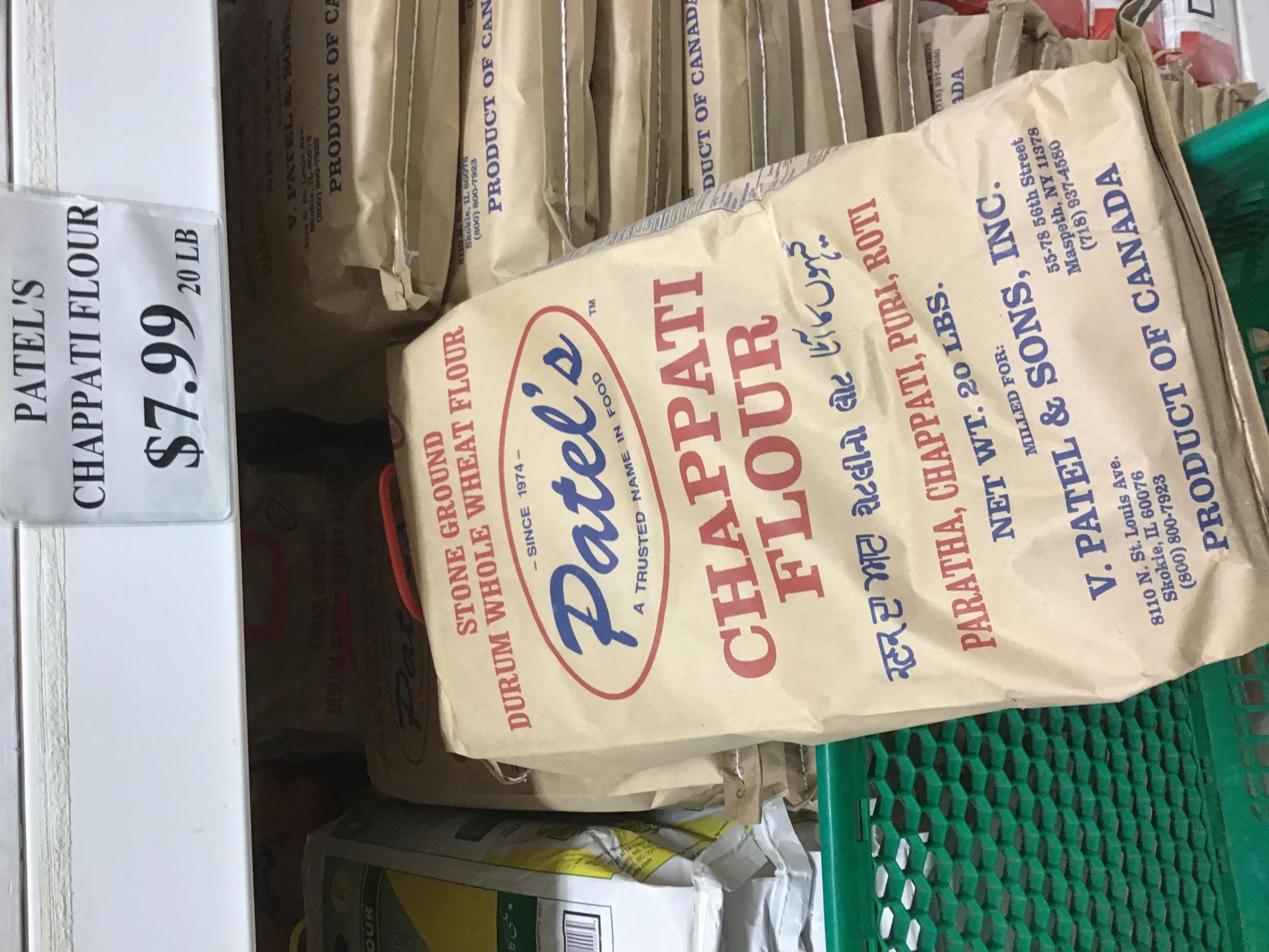 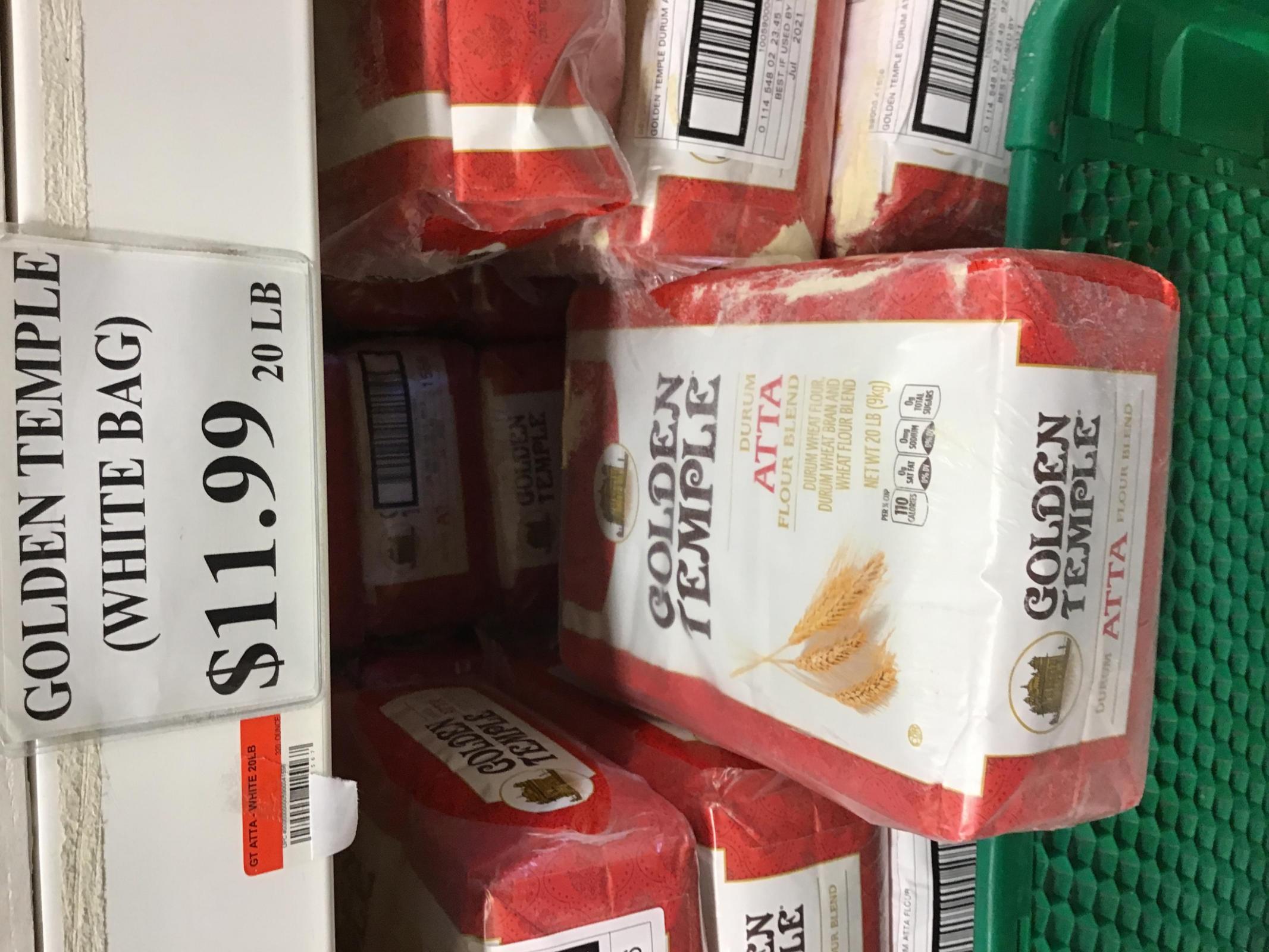 This is a reconstituted flour (some bran has been added back in) and is a blend. Has some fiber, but not 100% whole grain. Has enrichments (vitamins added.)

So Dave, is this the one of the Golden Temple flours that is 100% durum, so similar to Semola rimacinata?

If you can expand the photo, it says "Durum wheat flour, durum wheat bran, and wheat flour blend."  So it's obviously a "reconstituted" type of flour, having bran added back in.

The "and wheat flour blend" makes me think it is not  100% durum.  (I forgot to take a photo of its official ingredient list. Last I looked it had vitamin and folate enrichments.)

Golden Temple has two types of flour. Here's what Alfanso bought (his pic):

The label looks the same.  And he liked it.

I did try some Golden Temple many years ago as a partial ingredient in bread machine bread. It seemed okay, but that was before I was a bread snob.

The only other one I tried, say within the last 2 to 4 years, was Fiber Wala, and I distinctly remember liking it.

I'm going  to have to try the Patel brand now.

All the above four products are true flour,  not the gritty semolina.  Though Patel does sell various semolina.

down here (I'll take you there when you come down on a field trip to a few Int'l grocers, if you wish).  I baked with it once just to test it out and it was just Jim Dandy. 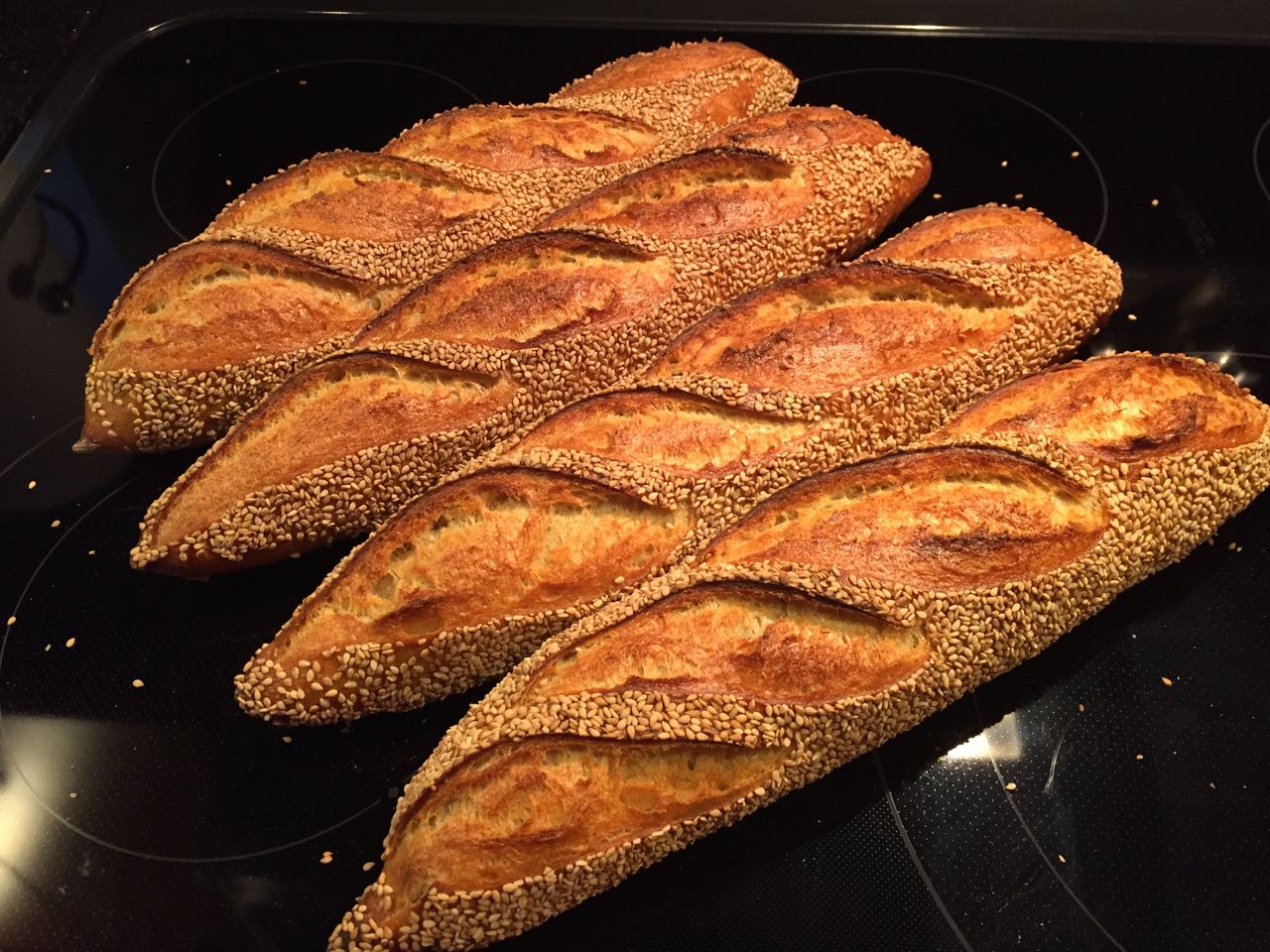 I’m hoping that we can still come down this winter.  I’d really miss getting to Fort Lauderdale if we don’t.  Sure I’d be interested in seeing some of the international markets in Fort Lauderdale Alan, that would be great.

In the meantime, I’ll have to do a bit of research on Semola rimacinata here in Toronto.

Thanks for starting this thread Dave, now that I’ve baked with Semola this interests me greatly.

Benny, you're just going to have to buy a bag of each and try them out. 😜

Maybe give away half of each bag if you have storage limitations.

We see your dining area in most of your photos. You have plenty of room! Just get a 4 shelf wardrobe style cupboard at Ikea.

LOL like my partner would agree to that.  I already have overflow flour in my walk in closet in the bedroom as embarrassing as that is to admit to.

Refers to one particular flour. I've seen the word Atta on bags of flour referring to many different types of grain.

Yes, atta can be interpreted to indicate (though not the literal meaning) "has at least some bran."  Atta does not necessarily mean 100% extraction either. The opposing word in India is "maida", which indicates a refined flour wih a bran content similar to our AP flour. And that is not to say it is equivalent to American AP flour -- I'm just comparing bran content.

Big fan of semolina here.  I prefer semola rimacinata for its mixing and shaping performance.