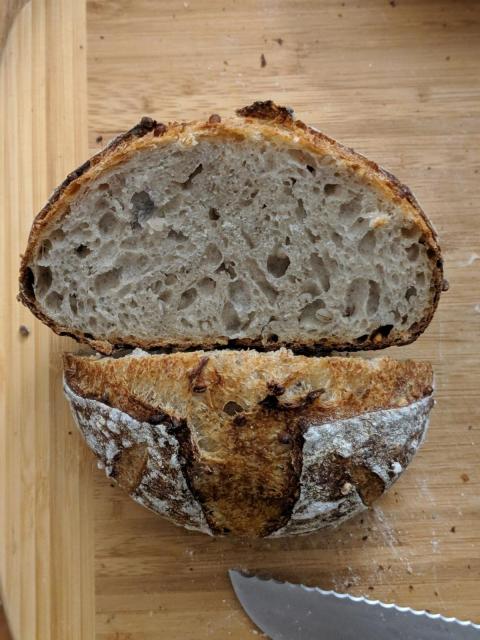 The intention behind this bake was to use enough barley to impart a distinct barley flavor, while having a low enough % to retain a good crumb. I made it 25% barley flour, which I milled from pearled barley from the supermarket (remainder was bread flour, except for some whole wheat in the starter). I also soaked some pearled barley overnight, and added it to the dough at 15%.

My verdict: I could barely taste the barley flour. If I decide to try this again, I would significantly raise the percentage. I did enjoy the soaked barley in the bread, although the grains that were on/in the outside of the loaf became quite hard in the oven, which was not particularly pleasant (they softened by the next day). 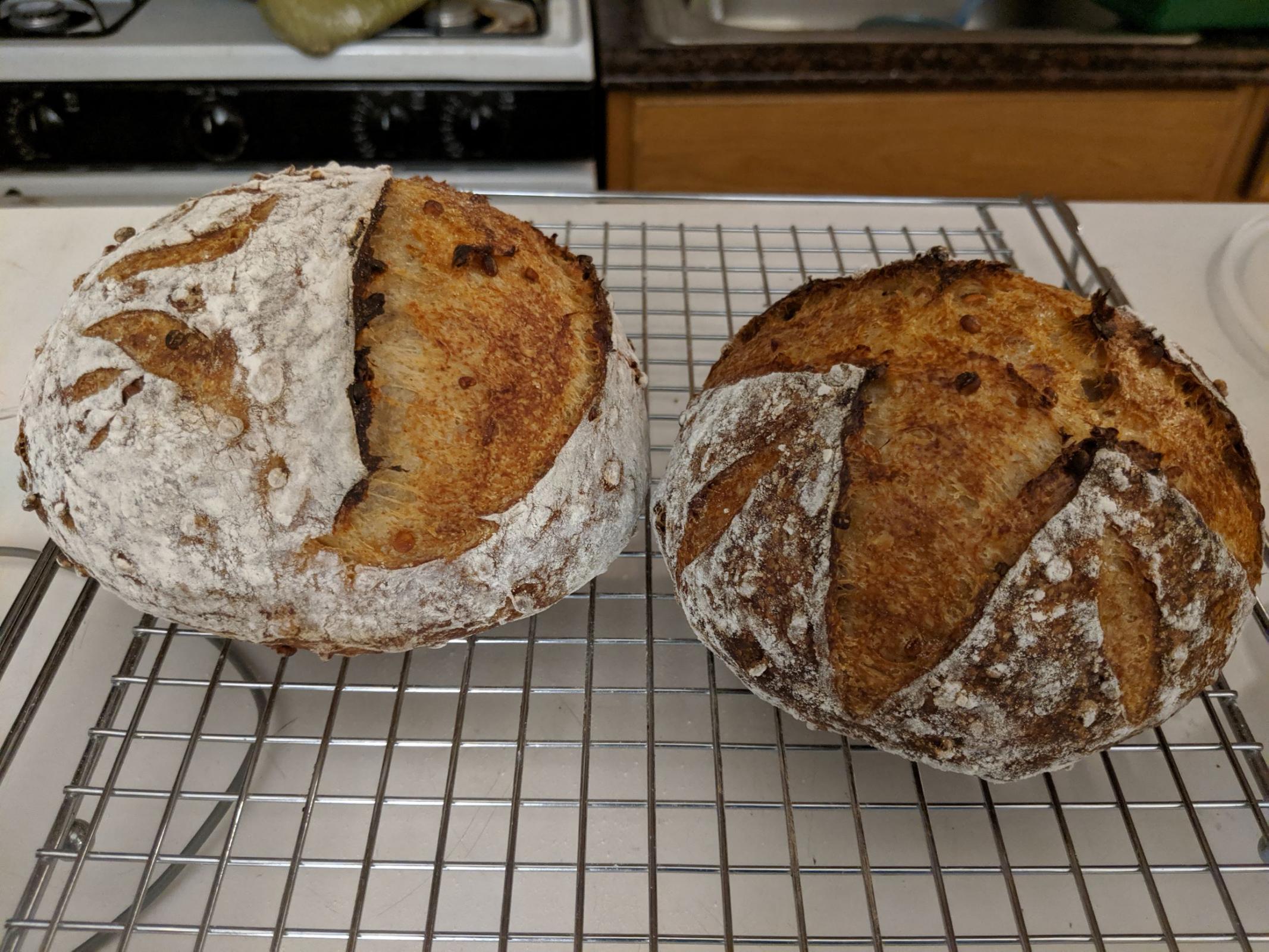 I flaked the barley and then browned the flakes in butter first and then made a porridge with them. It was amazing how fragrant the bread was and how the barley taste came through. It smelled like the malt in a brewery in a sweet good way. I don't know if you have contemplated getting a flaker but you could see about it or else get some flaked barley and toast it then continue with either making a porridge or just add the flakes to the bread. I definitely think it is the toasting that gets the flavor you are searching for.

Its encouraging to hear that you had success with getting lots of barley flavor. I don't think I have room right now for a flaker, but I could still try toasting--either before or after milling. I've been enjoying seeing your breads on the site!

the flaker I have is the Molino and it is quite small. As long as you soak the grains as Tom suggested to me and others and then let them partially dry they get really lovely when they go through the flaker. Anyway the toasting seems to be what brings out the flavor. Thank you for looking at my breads :)  c