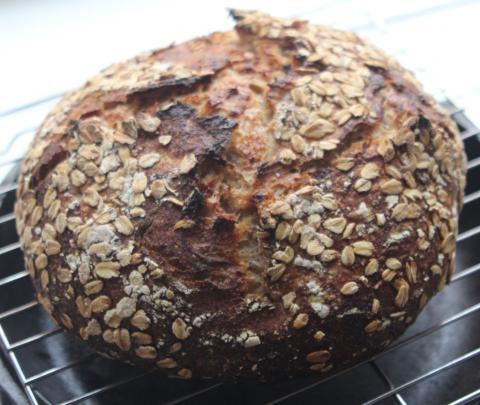 Made last weekend for the current community bake.

Maurizio's recipe was mostly followed as written using KA bread flour (12.5% gluten) and KA whole wheat; bulk fermentation took about 6.5 hours in total at 78F. One deviation is that the porridge was pinched in with the salt rather than folded in. The porridge was also a bit on the dry side. The loaf was allowed to proof in a basket for about 2 hours before being put into the fridge for 8 hours, then baked. The loaf was not exceptionally sour, but it would have gone better with the oats if it had been less so.

Apologies for the blurriness of some of the photos below.

After mixing in porridge: 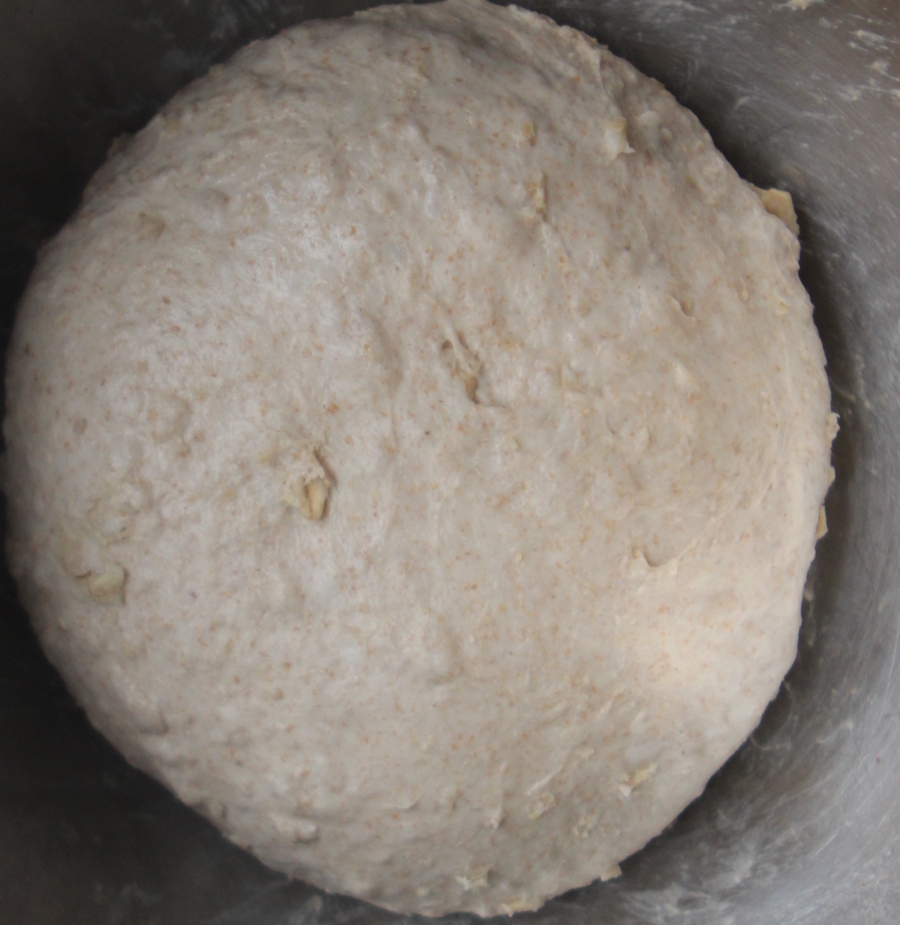 After the 6th fold (so about 3 hours into bulk): 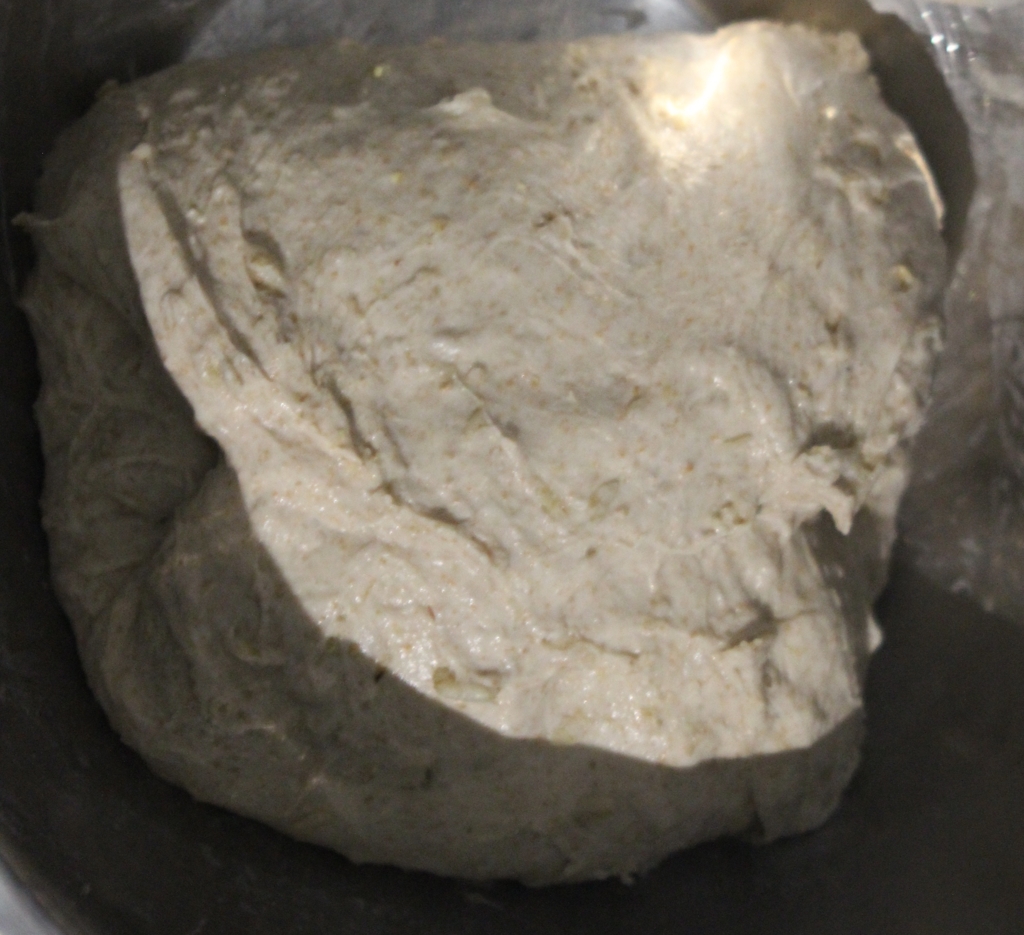 Crumb from a couple of slices near the center (I forgot to document this until I was about to freeze the sliced loaf): 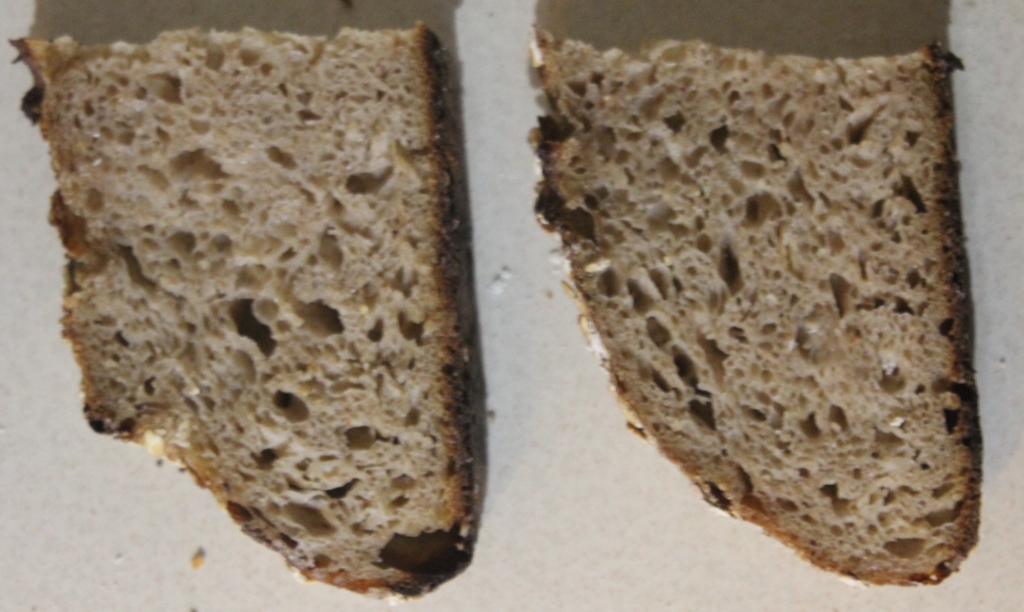 Very nice bread. I know Maurizio would be proud.

A few of my bakes were too sour (even if only slightly) for the oats. I like TrailRunner’s idea of using a Yeast Water starter, since it produces no sour at all. I hope to try that soon.

Thanks for joining the CB.

Thank you for organizing the community bake.

I was just now looking into yeast water because of that comment in the community bake thread. In the meantime, this oat bread was enjoyable enough that another loaf was made yesterday with sourdough and a shorter, warmer fermentation. It was less sour than this one, but probably not as mellow as yeast water would produce.

Beautiful colour inside and out!  That certainly is a success...I keep loosing track but I think you asked about the opening of the scores? I agree, with my porridge loaves and the scissor score they appear to open a bit less but the loaves in baking books look similar. Yours could be a book cover!  Kat

I did ask about the scores; it is good to hear someone else's experience with them.