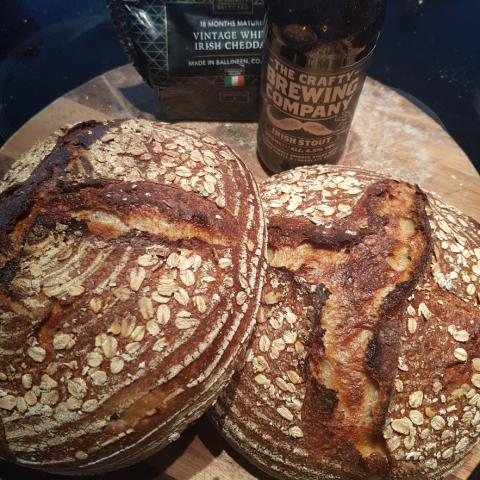 Decided to make my first adventurous sourdough an Irish one and also wanted to bring porridge into it as i haven't tried that yet. So i settled with a strong cheddar + stout/oat soaker. I was thinking the stout soaker would be a good idea as the oats would soak up the stout/alcohol and wouldnt effect my bulk dough performance as much to try make the results a bit more predictable.

My last 2 bakes have been Tartine country bread so i loosely based this recipe and process off that. 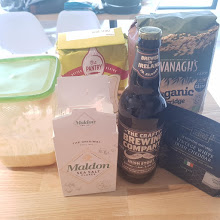 Decided with the crafty brewing company Irish stout over a predictable Guinness as its more malty and sweet. The cheddar is one we normally buy, nice and mature flavoured.

Started autolyse by mixing all the flour (white/ ww / rye) with 500g of water. It was dryer/firmer as i withheld the stout for the soaker.

Made soaker by mixing 150g oats and 250g stout... at 11am in the morning i was tempted to finish off the other half of the bottle!! 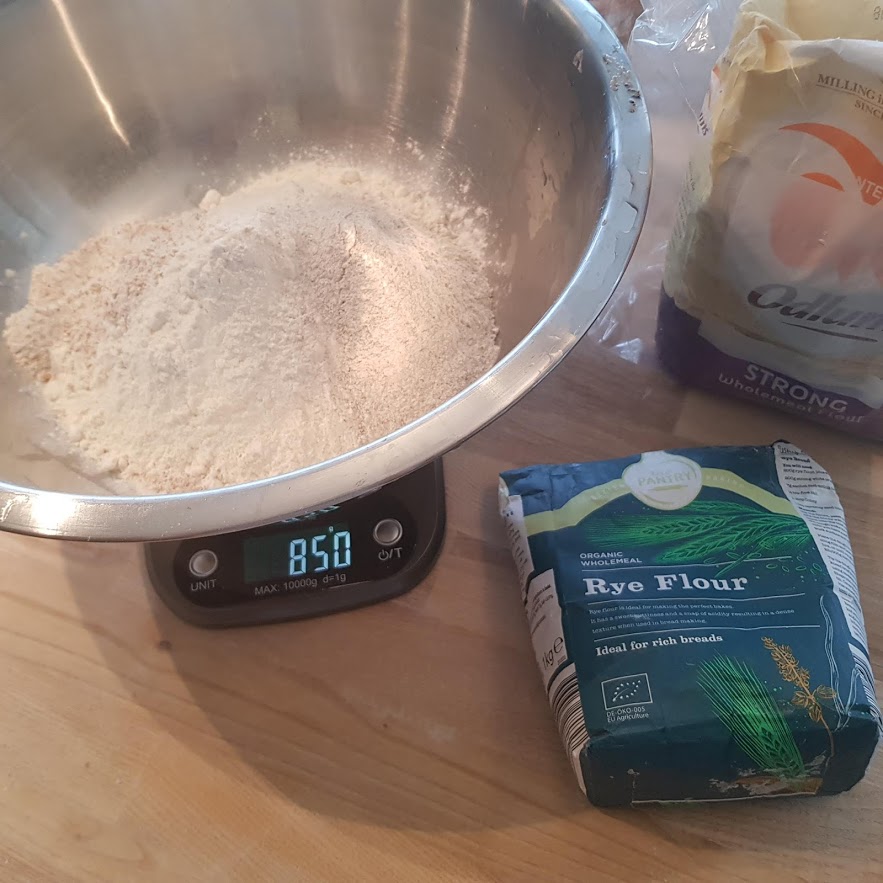 At 12:30 my starter was lovely and bubbly so i added 200g to the dough mix. I withheld the soaker and salt as i wanted to give the dough a head start - i was afraid of possible effects from the alcohol in the stout. 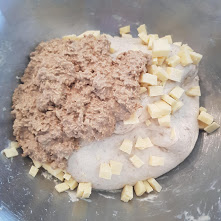 The 100g of cheddar was just a guess amount and i cubed it rather then grate as i wanted it to be found through the bread rather then incorporated/lost.

I S&F every half hour at room temperature 23C.

Arounf 18:45 both loaves went into baskets and into the fridge for overnight proofing.

9:00am next morning i heated oven to max which turns out to be about 230c on the thermometer. Baking stone on the bottom rack with a pyrex bowl preheating. 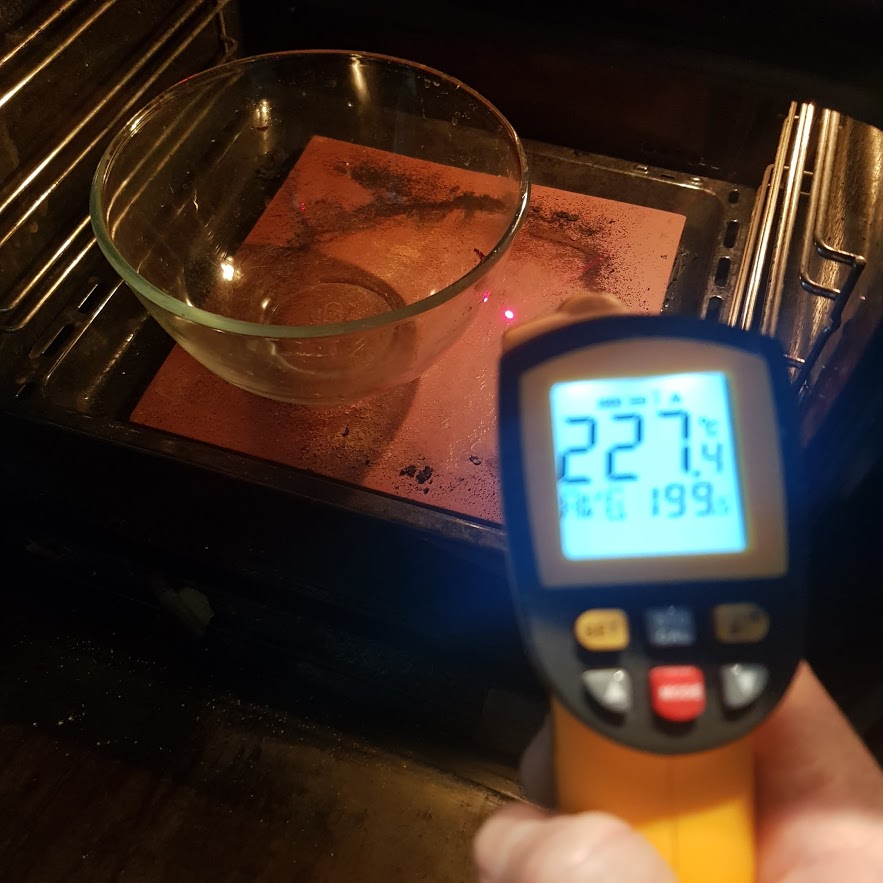 Baked at 250c for 20mins with bowl and a further 25mins uncovered, I also moved the rack up to middle of oven for last 25mins. 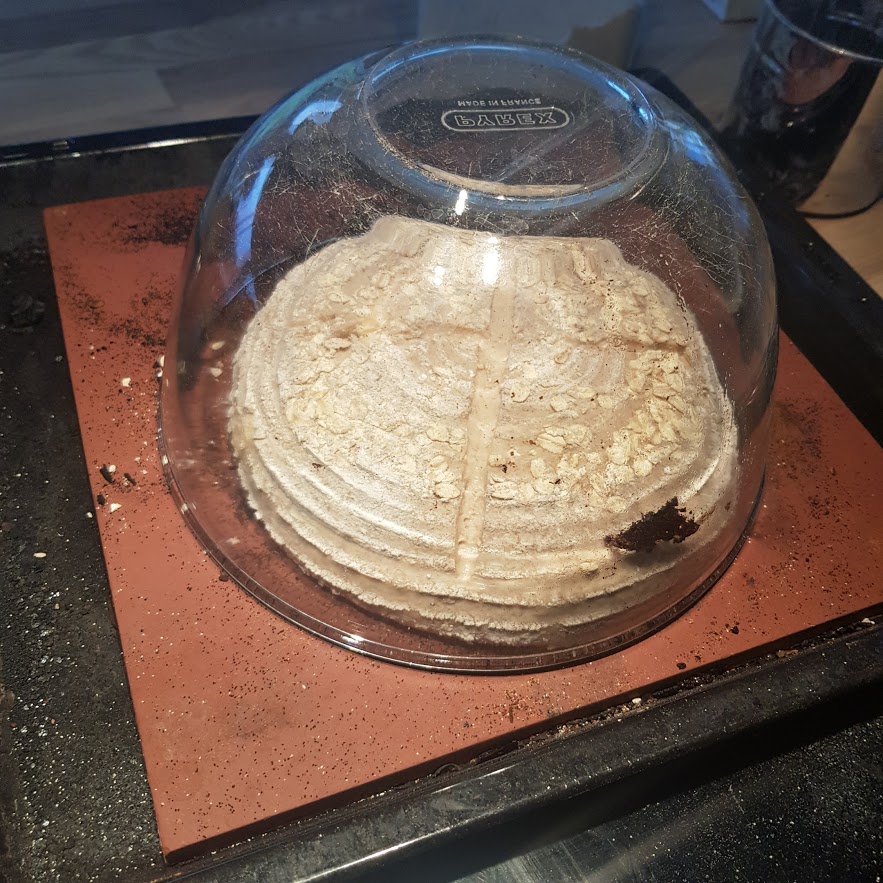 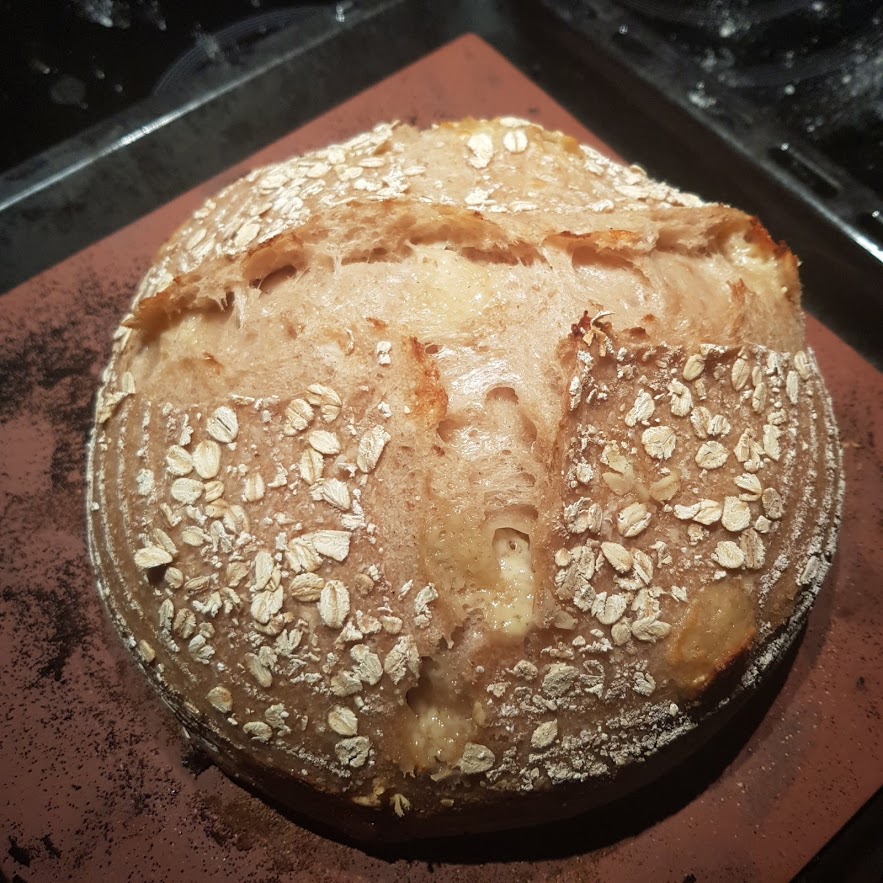 After baking it out: 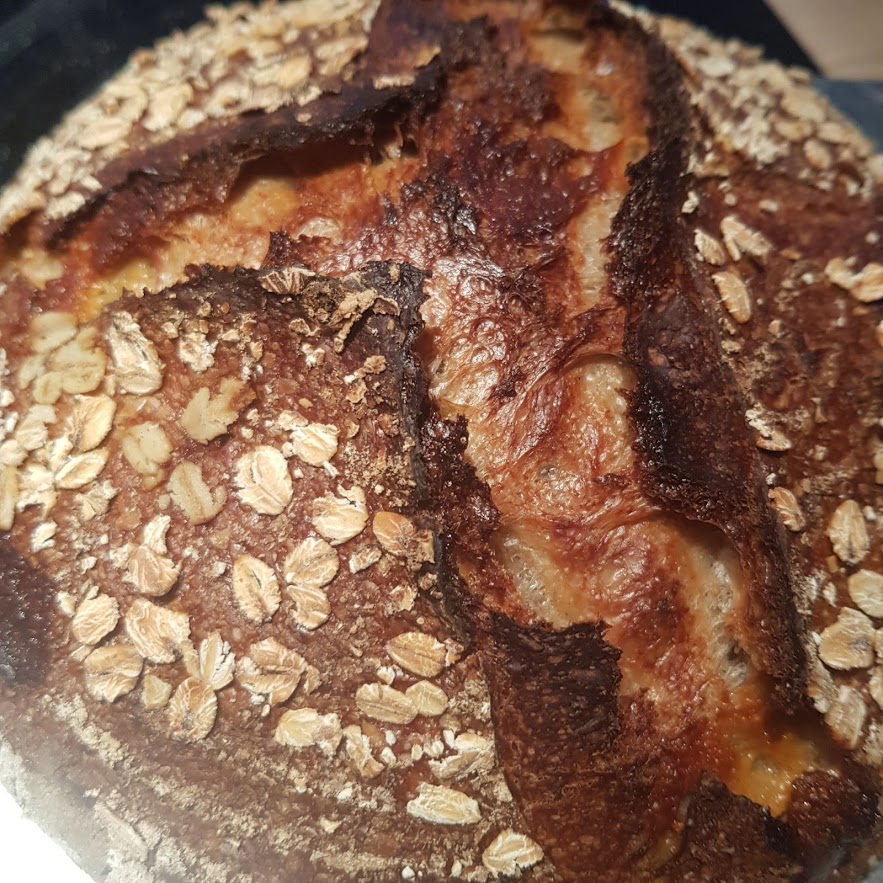 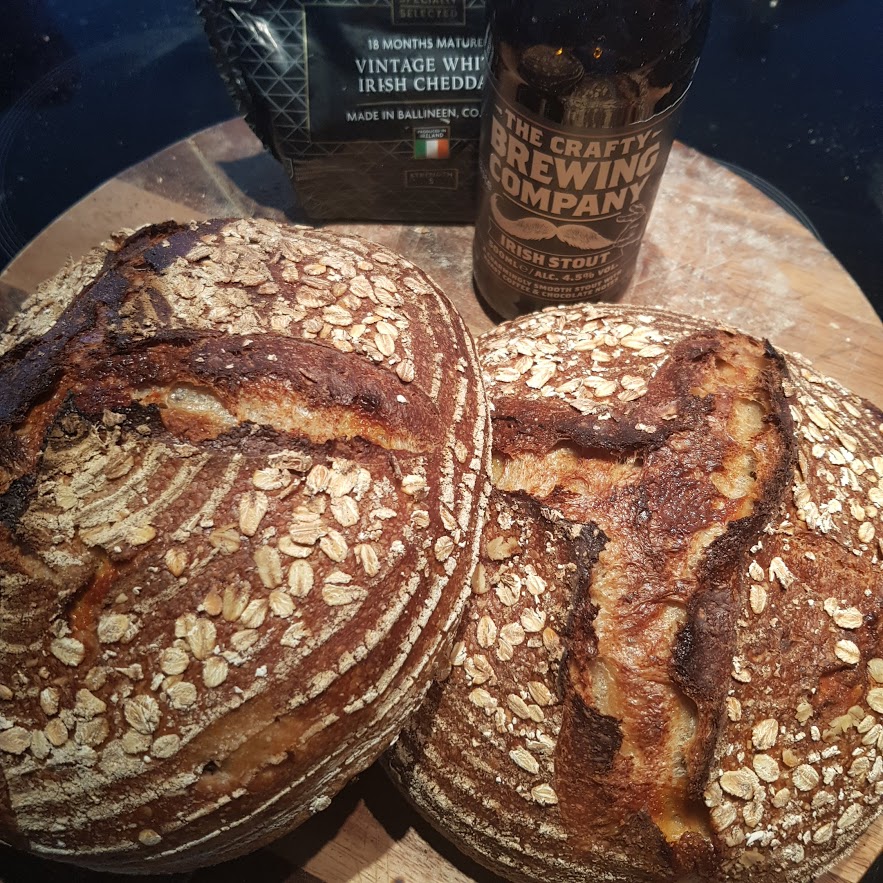 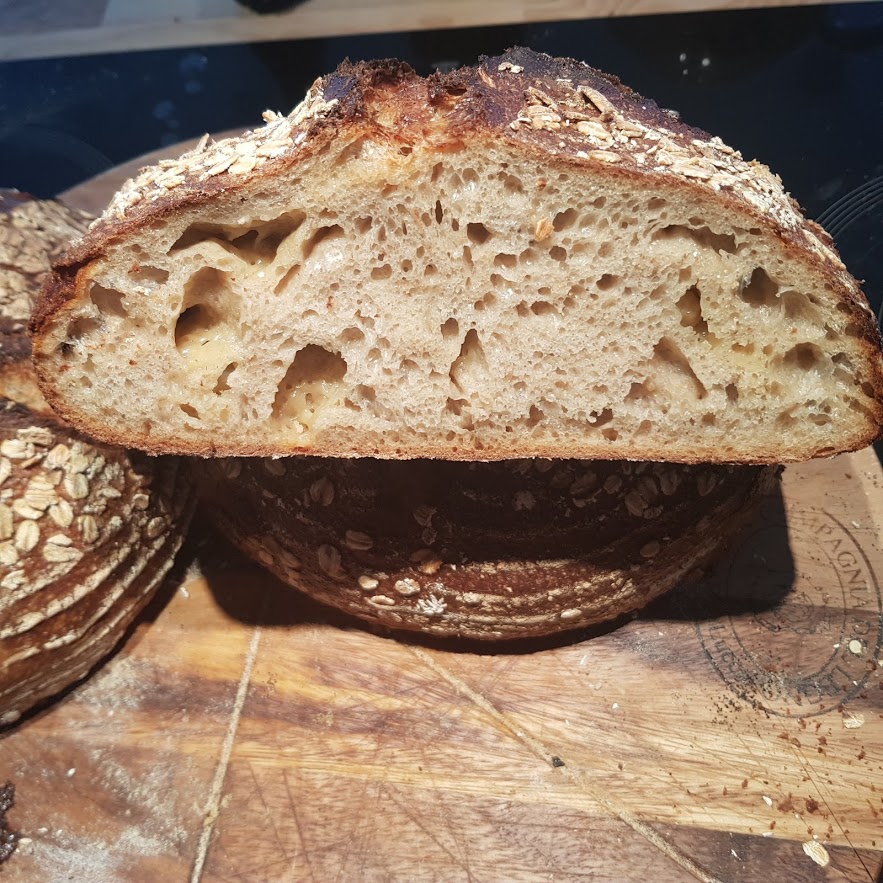 The Cheddar can be found in its own pockets all over :)

Overall im delighted with this one, crust is really stouty/malt flavoured as that flavour was enhanced by the dark bake. Inside has a lovely cheddar flavour throughout. The crumb looks very irregular in the pics but i think the cheddar played its part in that. 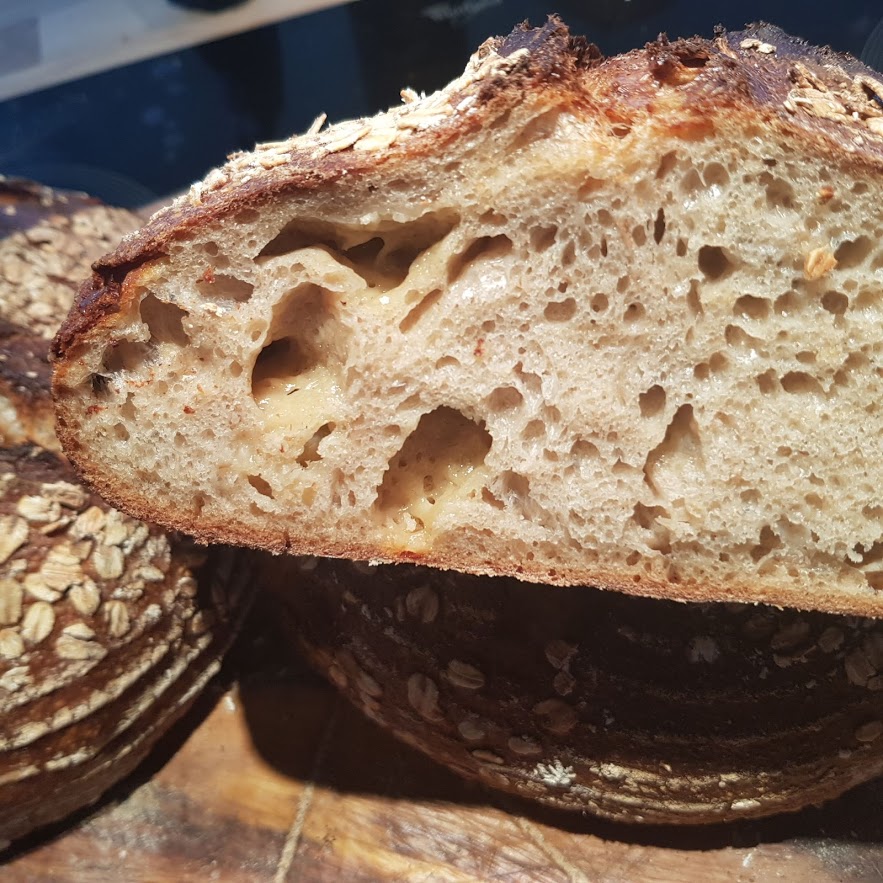 I need to know! Did you follow through on your temptation to finish the bottle? I would have, no matter what time of the day it was. ?

I am bookmarking this. Love the crumb!

Nope, didnt want to cheat on my dry january!

Those are gorgeous ! Love everything the combination of flavors and that gorgeous crust and cheesy crumb.  Very nicely done . c

The combo defo works.. ill be doing it again. Might add some walnuts in next time.

I really like this. Well done, I bet it tastes delicious!

Dry January may be followed by a very wet February! (At least for me anyway)

Thanks man- not bad for my first post - will try keep up the standard!

Really nice work.  I'd love a slice right about now.

It sounds like the perfect combination of flavours. And love the look of the crumb. Bookmarking this one. Enjoy!

For someone who loves Irish: bread, beer and cheese this is the ultimate bread.  This is about as good as it gets.  Well done and happy baking

Thanks! my husband and in-laws love them. I dont have a crumb shot but it was pretty good. I need to work on it but still. I feel like a learned a lot with these loaves.  Here are some pictures :) 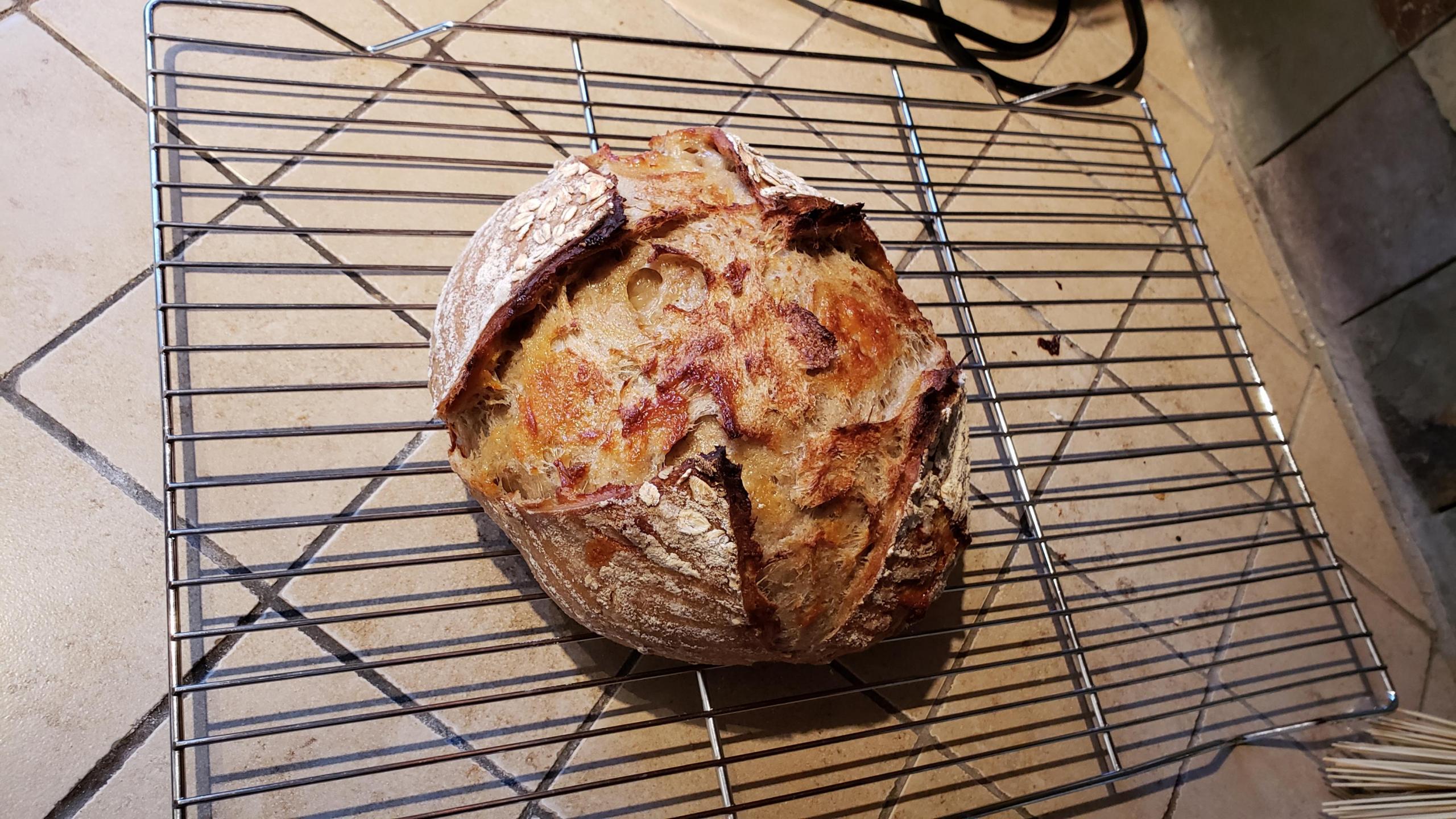 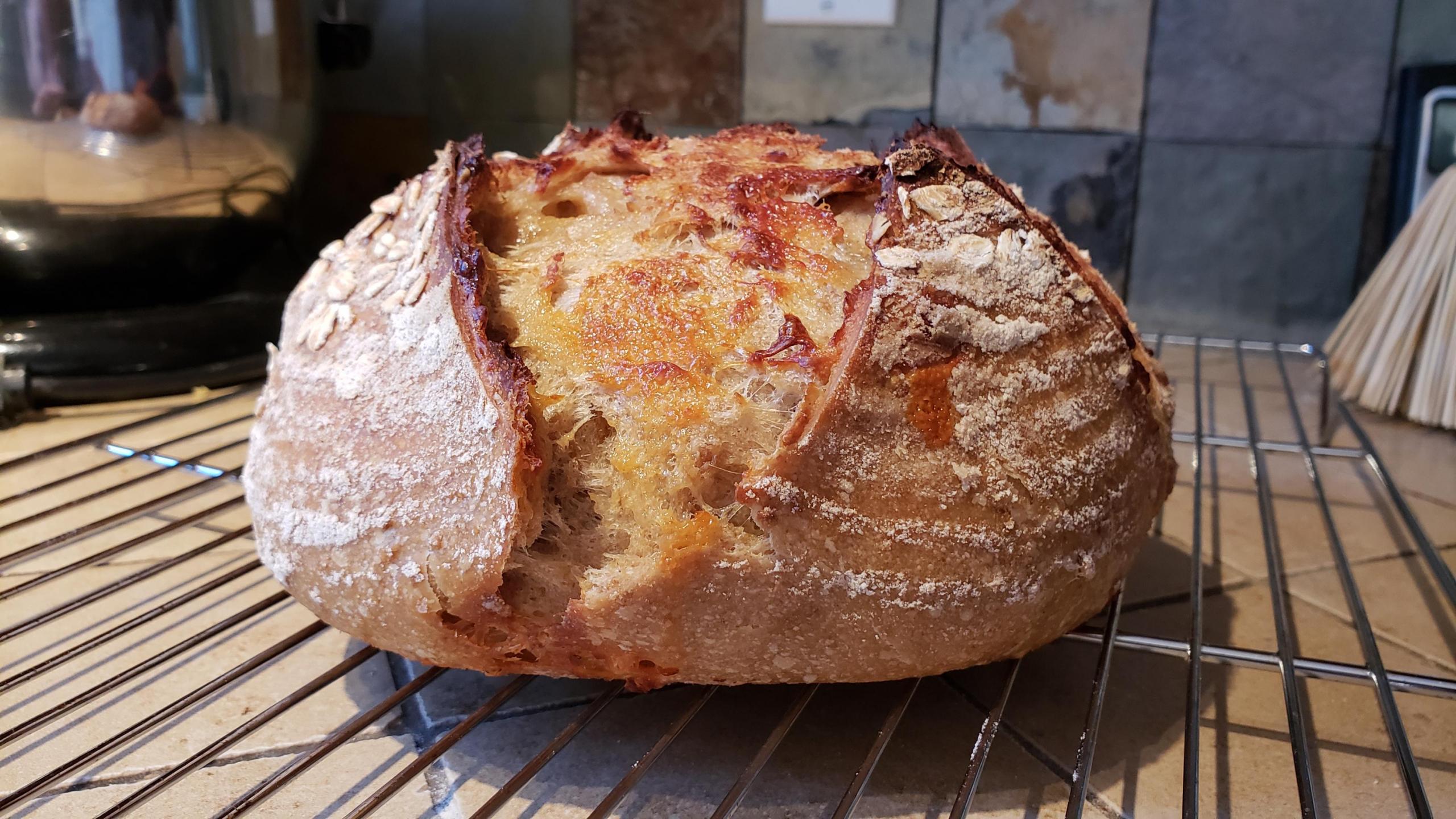