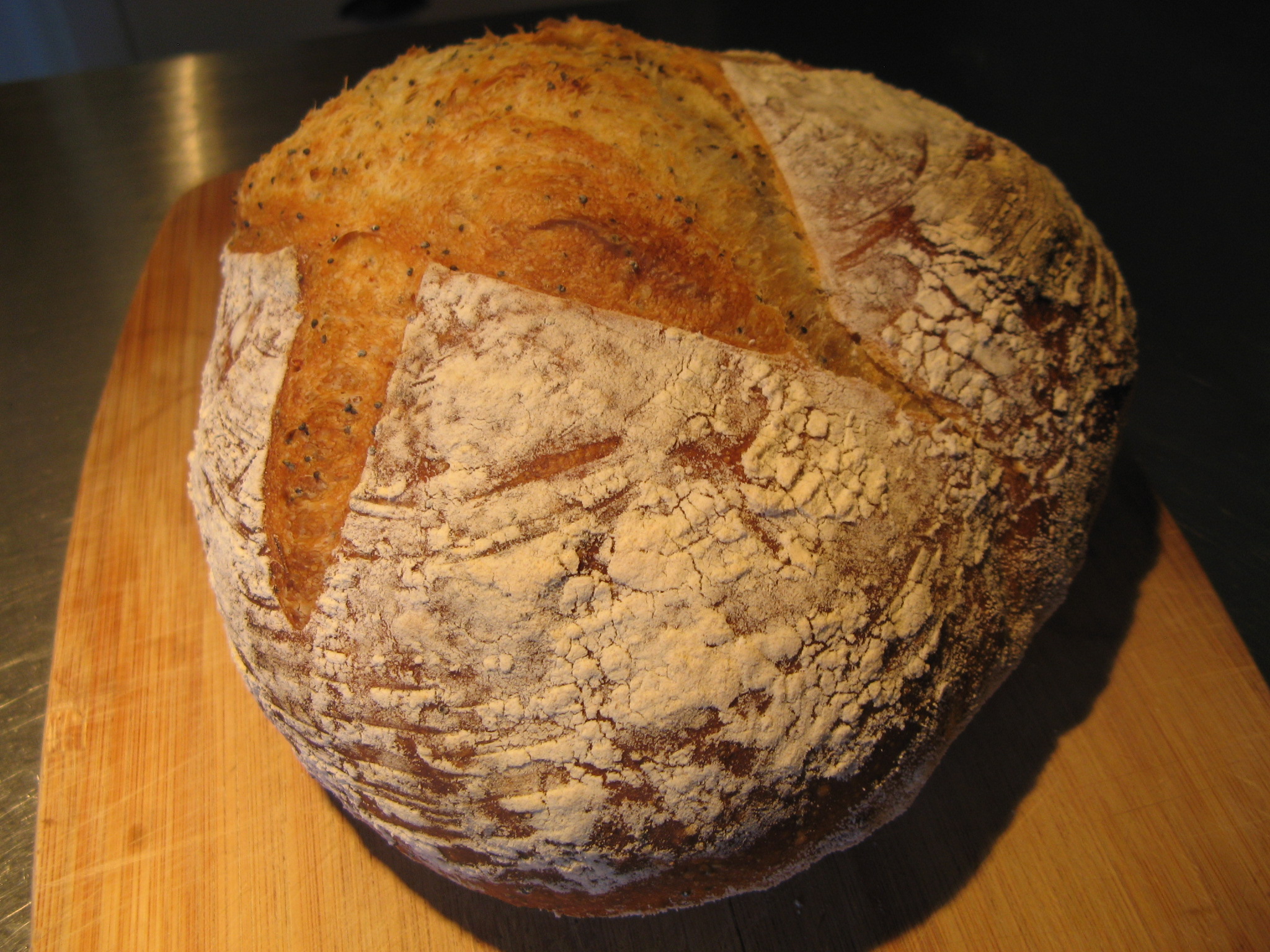 I ramped up the yeast waters again (apple and plum), feeding them with just fruit and water, no honey this time. Then I made starters with them again. The apple yeast water was very active again, more than doubling if left for the right amount of time (this varies, but seems to be six to eight hours now).

This time I decided to make something simple with it, so used a 123 formula (100 grams of starter, 200 grams of water, 300 grams of bread flour, 6 grams of salt) and made the add-ins very minimal - a tablespoon each of dried orange zest and poppy seeds (6 grams and 10 grams respectively). I mixed it in the Ankarsrum (probably 4 minutes or less with the roller), then turned it out onto a wet counter to stretch and fold every 30 minutes (3 times, covered with a bowl in between). I put it in a straight sided container with markings on the side and watched it carefully. After 3 or 4 hours it didn't seem to have done much (rising a bit but still quite dense and sticky), so I put it in the oven with the light on and the door cracked open. A couple of hours later it had doubled so I popped it into the fridge overnight.

This morning it was nicely domed. Still a bit sticky but I folded it into a round, tightened it up and put it in a banneton to proof in the oven again. The dough felt very nice; smooth and supple, not too puffy.

I baked it in my little oven on a pizza stone. This oven isn't nearly as good at 'hearth' baking as the big oven so it has different hot and cooler zones. The oven spring was very uneven and the loaf turned out to be a weird shape but the spring was still impressive. 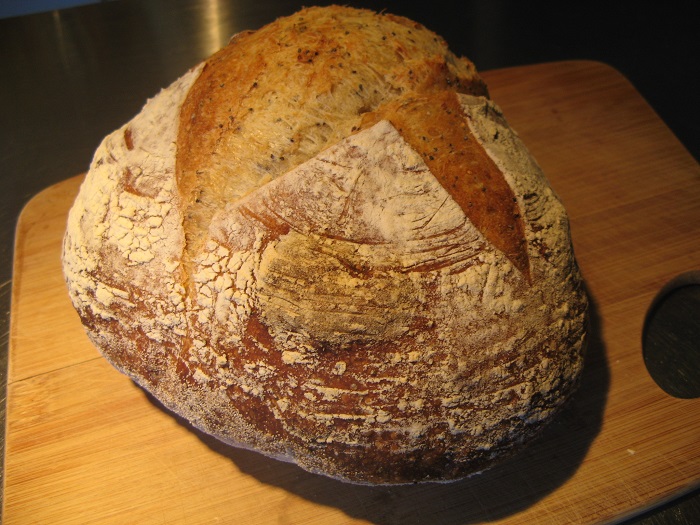 I just cut into it (still warm, but I couldn't wait any longer!). The crumb is wonderful, moist and creamy and open with some larger holes. I could have shaped it a little more aggressively to reduce these. And it smells so good, with a nice bready smell. Taste is very mild with no sour, so it could probably take any number of add-ins for flavour. 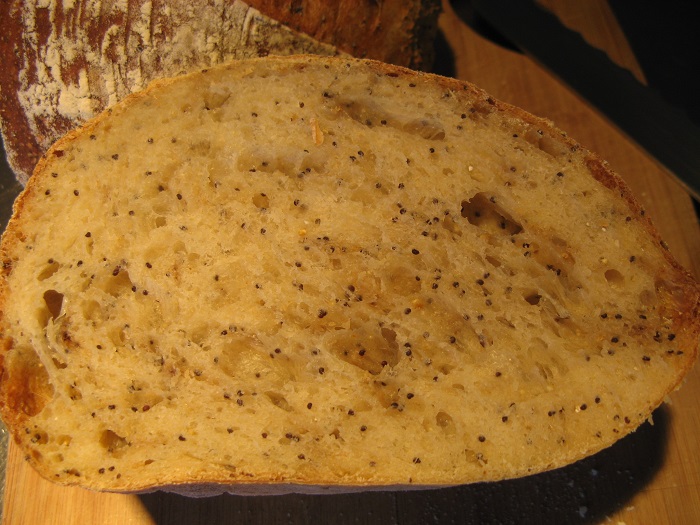 My next experiment is with the plum yeast water. I'm building this into a spelt starter, which I will used along with my rye starter to make a loaf of 100% rye bread (well, 100% except for the bit of spelt). We'll see if that results in better spring and a nicer crumb for the rye bread.

with the yeast water. The two times that I used yeast water, I don't remember making a starter with it. I just remember both of them turning out like bricks even though they tasted good.

I seem to have a soft-spot for the ones that taste fantastic, but are more "natural" looking (yeah - that's it - free-form and natural --- that's trendy, right?!)

With your success with the yeast water, I've been eagerly eyeing the neighbour's apple tree and plotting kidnapping a few to get a  yeast water going.  Then, I look in to the fridge at the various starters that are already living there, realize that there is only so much bread that two people can eat, and think that maybe I should just live this one vicariously through your posts...

Maybe I just need a few days holidays on the Island, instead...

Nice bake - and thanks for tempting / inspiring me!

Nice experiment and the loaf turned out great.

What would the procedure to build up a starter from the yeast water? It is interesting a starter with all goodies in it.

Surprising isn't it! Looks like you got the best out of that one.