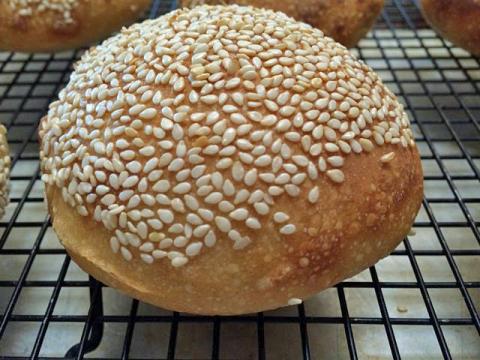 July is the hottest month of the year in Fresno. For the past couple years, since I retired from practice, we have tried to get to cooler areas for as much of the month as possible. Being away from home more than usual, I do less baking than usual in July.

My baking for the first half of July has had an Italian theme.

First, here is a sandwich roll version of my Sourdough Italian Bread (Sourdough Italian Baguettes) which is an Italian version of my San Joaquin Sourdough. The dough was mixed and fermented as described previously. Then 4.25 oz pieces were made into balls, rested for an hour, then re-shaped, seeded and proofed for 30 minutes. They were baked on a sheet pan at 480dF for about 15 minutes. 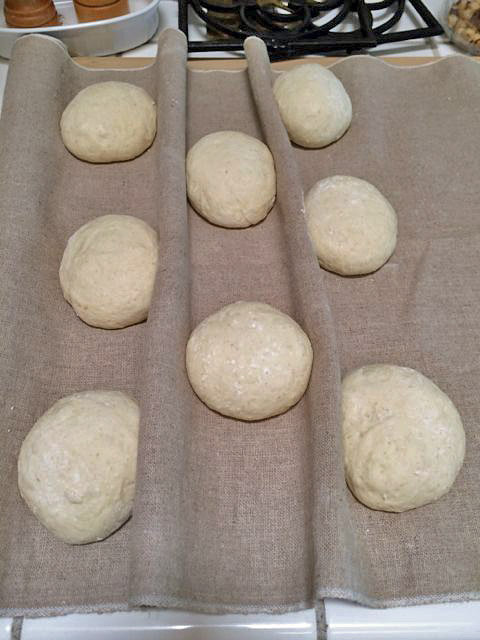 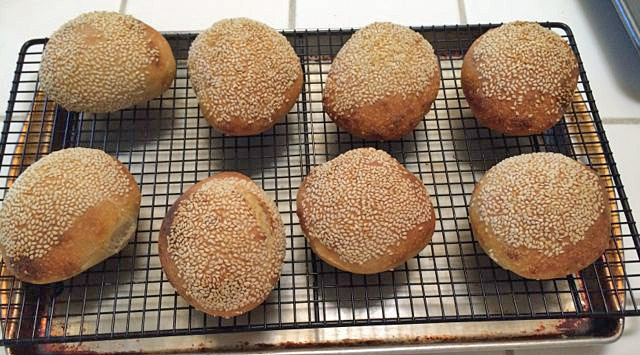 My favorite pizza dough is still Forkish’s “Overnight Pizza Dough with Levain” made with 00 flour (Pizza Bliss). I made a full batch and used two 350g balls for pizzas one night and one 350g and one 700g ball for focacce. 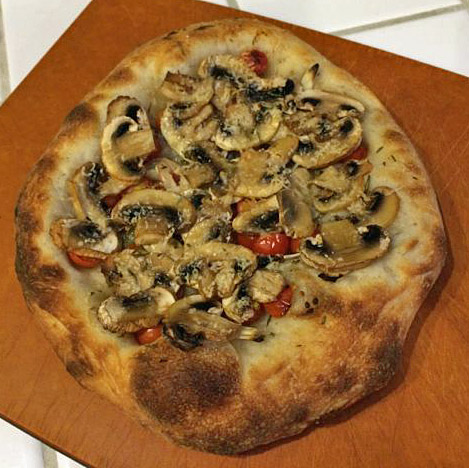 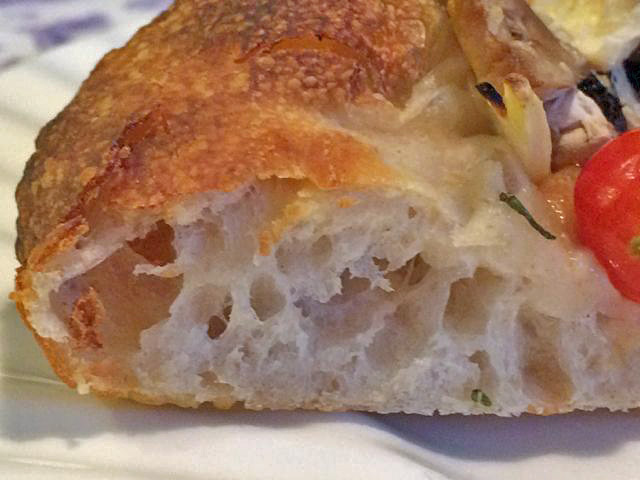 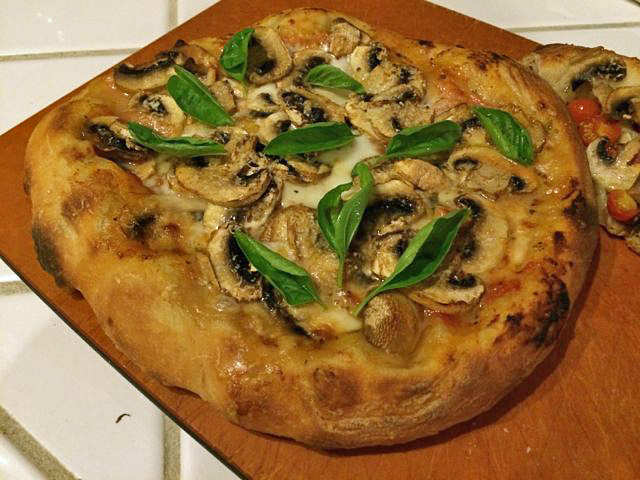 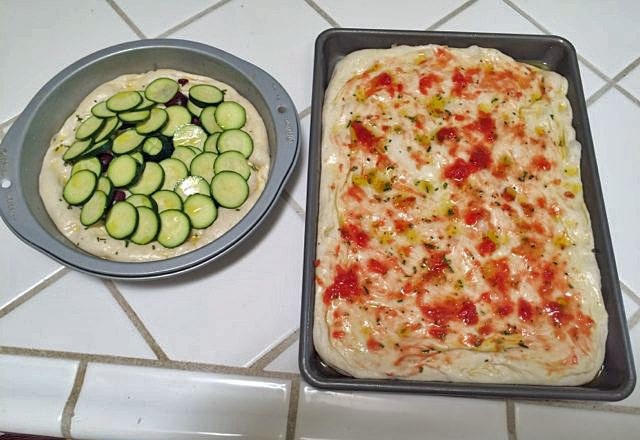 The smaller, round focaccia has olive oil, slivered garlic, chopped fresh rosemary and thinly sliced zucchini. I learned (from this experience) that zucchini has a lot of water in it, and the top of the dough will be gummy, if the zucchini are applied too densely. The rectangular focaccia has olive oil, rosemary and a very sparse spread of the tomato sauce I made for pizzas. Very yummy. I froze most of the second focaccia, and I will try using it for grilled panini, maybe in a week or two. 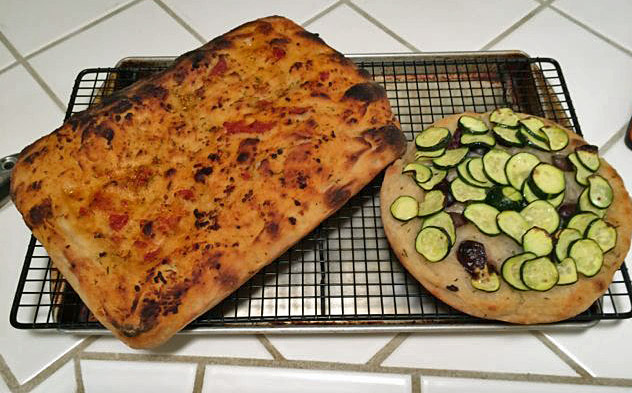 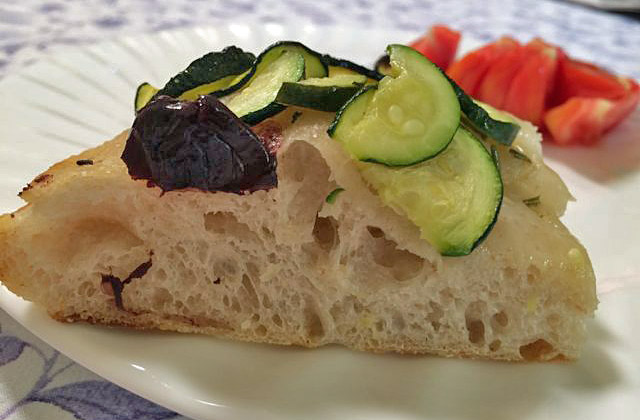 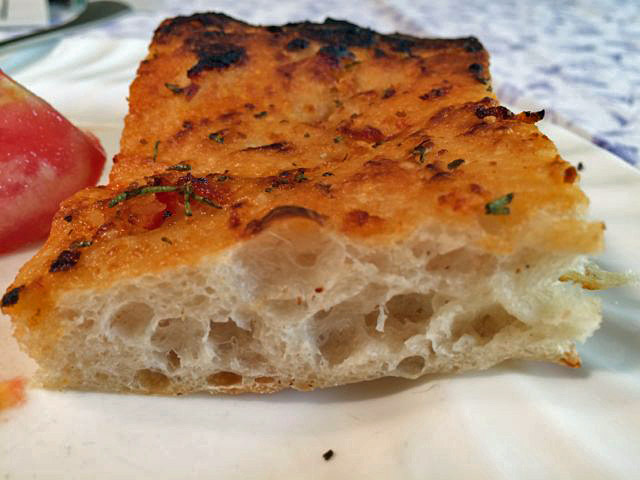 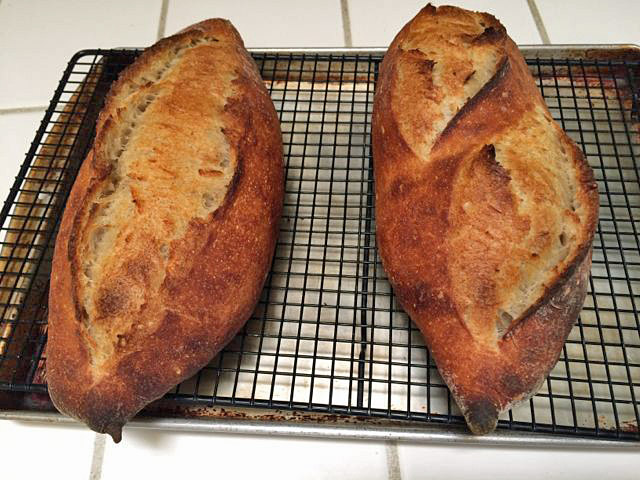 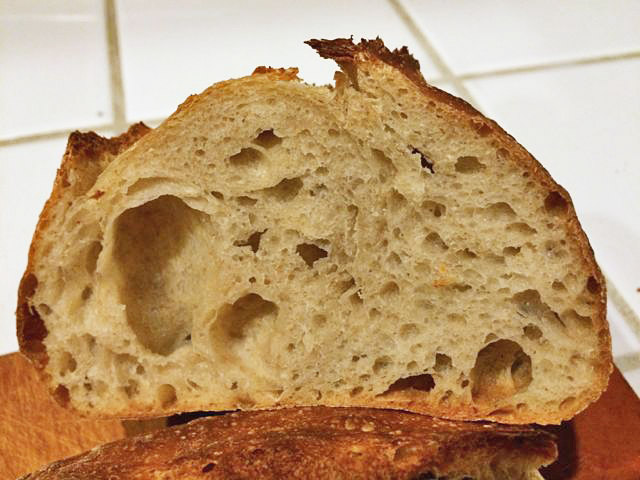 I hope all of you (in the Northern Hemisphere) are keeping cool, and Happy baking!

They look great, are you psychic or something?

I have just shaped some of your sourdough italian baguettes and two pizzas, one round one rectangle. Now I know how they should look.

Thanks for the recipe.

Let us know how your breads and pizzas turn out!

Wow! That pizza dough looks great! I haven't really looked at the pizza section of Forkish's book, but now I'm going to have to try that recipe. Everything else looks great too, but that pizza crumb shot really caught my eye.

I make your baguettes all the time.  For my next bake, I will try the Italian style.  Love your July bakes and thanks for sharing.  Best,  Phyllis

start.  Perfection at every turn.  The pizza looks especially awesome.  Well done and