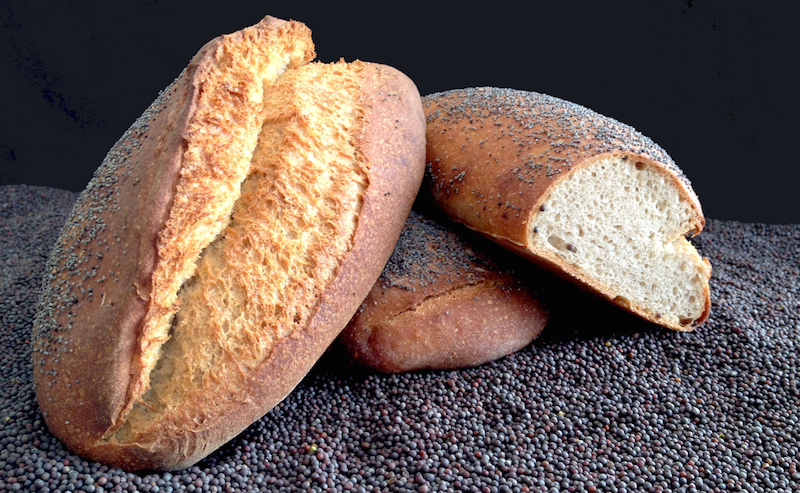 I cannot get the recipe template to work. Never mind, I'm posting it here instead.

I love it when your own take on a bread is the latest addition to a chain that extends back into the mists of time. In this case, I was inspired by MC’s blog (http://www.farine-mc.com/2015/05/meet-baker-eric-marche.html) about Breton-based baker Éric Marché. In the blogpost she writes about how M.Marché roasts buckwheat flour for his menhir-shaped loaves. I’ve never been a huge fan of buckwheat bread, but this sounded worth a try. It was. It’s a great idea. Delicious.

This is my version of Éric Marché's loaf, using, as a template, Dan Leader’s Buckwheat Bâtard recipe which, apparently, he adapted, in turn, from an Éric Kayser recipe. Anyway, I hope I've done them justice. 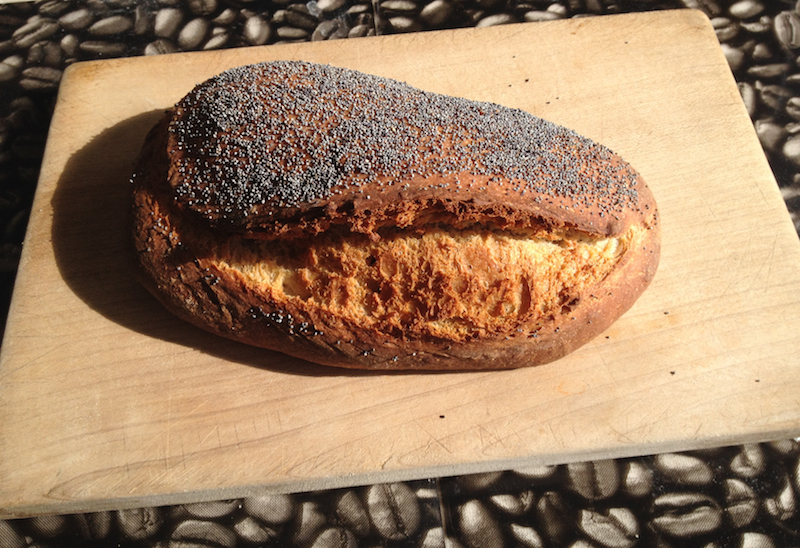 It makes a beautiful dough, easily handled and shaped. It’s ideal for long cold retardation (Éric Marché keeps his for up to two days). I sprinkled it with black poppy seeds because their flavour complements the buckwheat. I haven’t tweaked the colours at all. Buckwheat loaves really do bake to this rich russet golden colour.

I baked test batches with both white and wholemeal flours. They're equally good. The latter needs a much longer fermentation (double-hydration is also a good idea) and gives a more open crumb (see the photo on MC's blog). 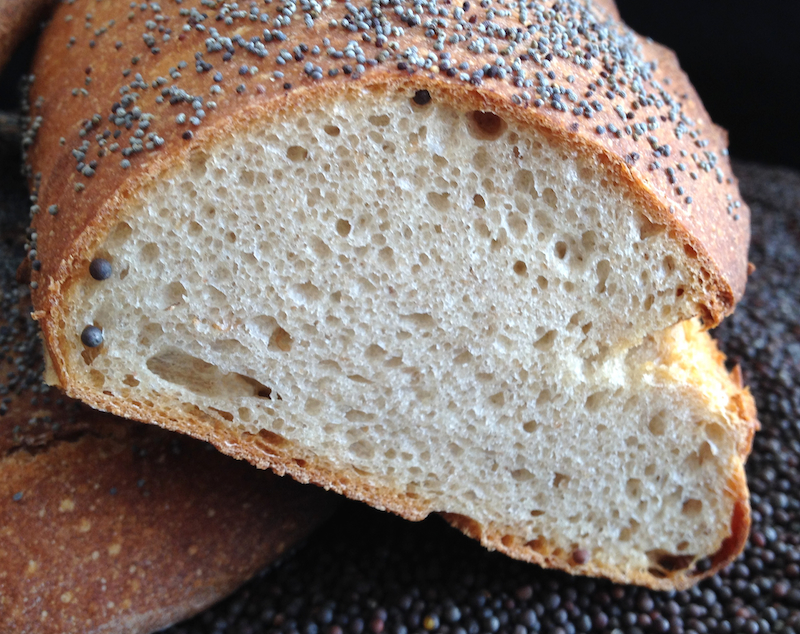 To form the buckwheat levain:

It makes a medium-stiff levain. Don't expect a huge amount of activity with buckwheat flour, but you should expect to see a moderate increase in volume. 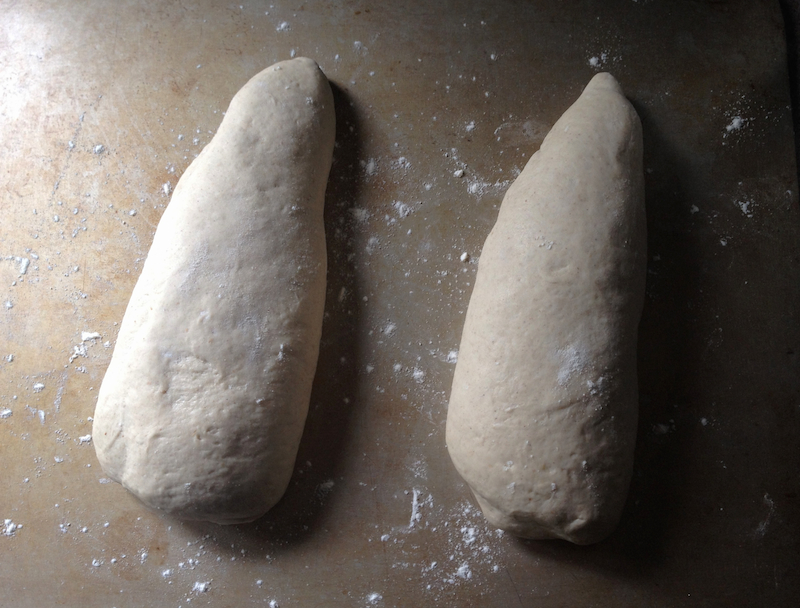 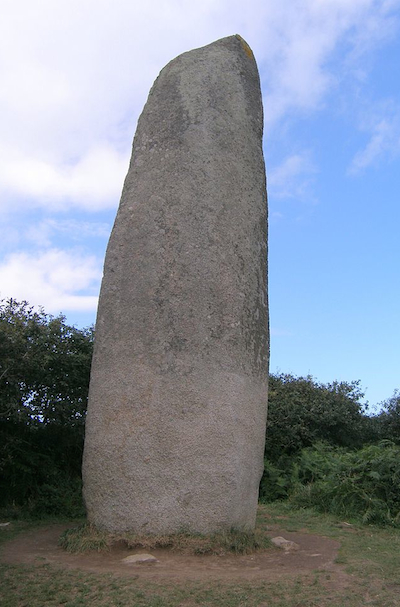 Menhirs are ancient standing stones, sometimes six or seven thousand years old. Thousands of them are found in Britain (Stonehenge), Ireland, and northern France. In particular, they dot the landscape of Brittany (the forest of them at Carnac has to be seen to be believed), hence Éric’s inspiration.

And, as those of you who read Asterix and Obelix books as a kid will know, a menhir is also the giant rock Obelix uses habitually as a weapon to flatten Roman legionaries. I was a childhood fan (still am), so I just couldn’t resist.

Great with cheese or cured meats.

Wow, great post!  Would you mind if I featured this on the homepage for a bit?

...Do you need a higher res image?

Nah, I think it looks fine as is.

That's all I have to say about that.

Excellent instructions and I love the idea of replicating the ancient standing stones in bread.

What is the ingredient making the round dark spheres in the crumb?  They look about 10 times larger than a poppy seed.

...I had a big bag at hand. It worked quite well as a sand-like replacement to spread on the tray and stop the vertical loaves in Breadhenge from falling over.

display touch under the loaves as well.

--- Do you get a extra burst of flavour when biting the bread?

This looks great.  What temperatures do you use when not in the fridge?  Just room temperature or... ?

All-in-all everything was pretty much at standard temps. Hope this helps.

stone monolith bread that isn't as hard as a rock and has a hunt of mustard taste:-)  Well done and happy baking

Very nice loaf!  Love the colors.  I will have to try the addition of poppy seeds when I next use buckwheat in a loaf.

I was inspired by MC's blog too but I tweaked the formula a bit to include cinnamon, raisins and whole buckwheat tossed into the mix.  Now I will have to try it un-tweaked.

...of your loaf? Maybe post it here? It sounds great. Thank you - everyone -  for the kind words.

...I've also posted a recipe that's my artisinal take on the famous carbonized loaf recovered from the ashes of Pompeii:

Great delicious soft bread. My favorite so far. Instead of poppy i put sesame on top.