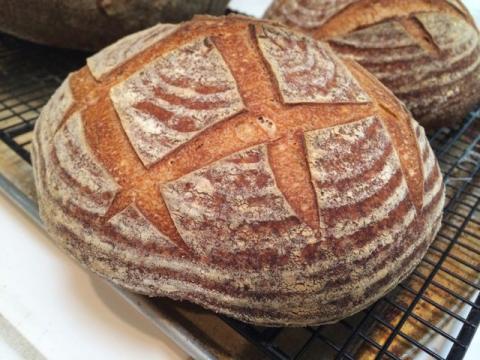 This past weekend, I restocked the freezer (and my tummy) with three of my four ... No, it's five. Or six. No, .... Anyway, some of my favorite breads. 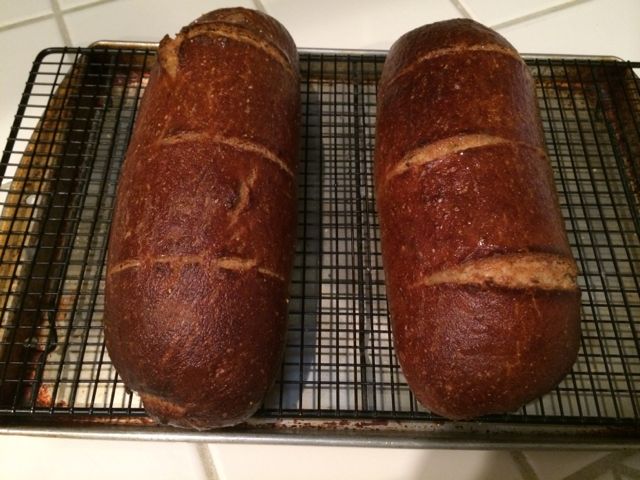 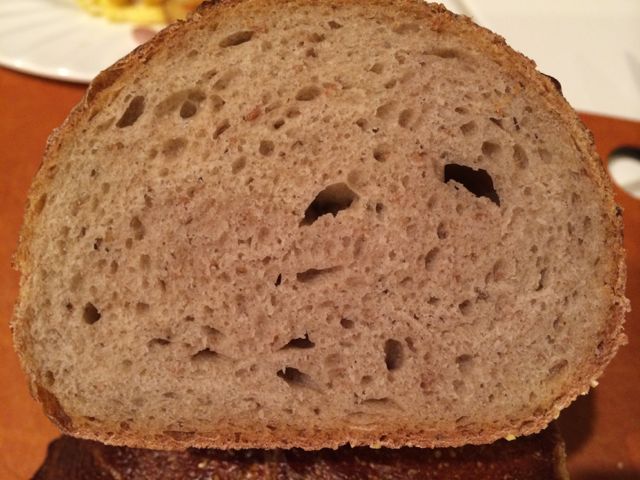 I call this "Greenstein's Jewish Sour Rye," but it has been modified little by little. A few years ago, I converted Greenstein's volume-based recipe to weights. I use medium rye and whole rye rather than white rye. I use bread flour rather than first clear flour. I bake at 460 for 15 minutes, then 440 for 20-25 minutes rather than at 375 dF. This gives a darker crust which, while not traditional, I prefer. The bread is altogether tastier with these modifications but still has the character of Jewish Sour Rye.

The formula can be found at Jewish Sour Rye

This bread is very good for the usual sandwiches, but also toasted dark and buttered, and it is fabulous for grilled cheese sandwiches.

Next, a couple boules of my San Francisco-style Sourdough with 30% whole wheat flour: 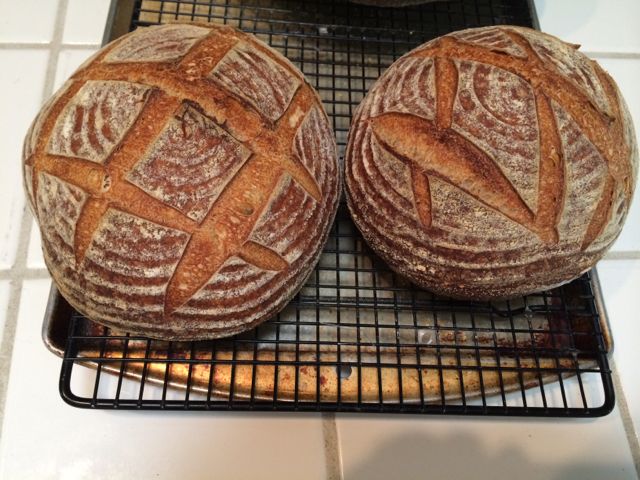 And, then, a couple large bâtards of Hamelman's Pain au Levain with Whole Wheat Flour: 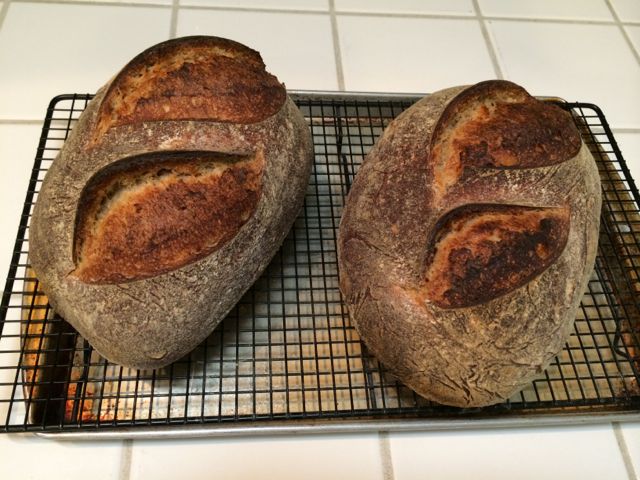 These cooled with very crackly crusts. It's a really delicious and versatile bread. 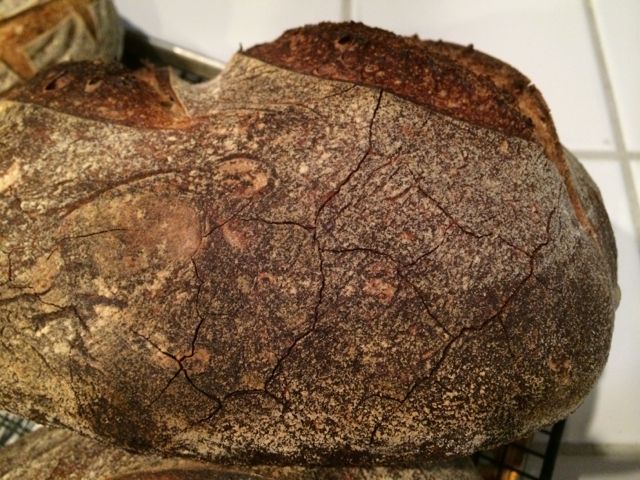 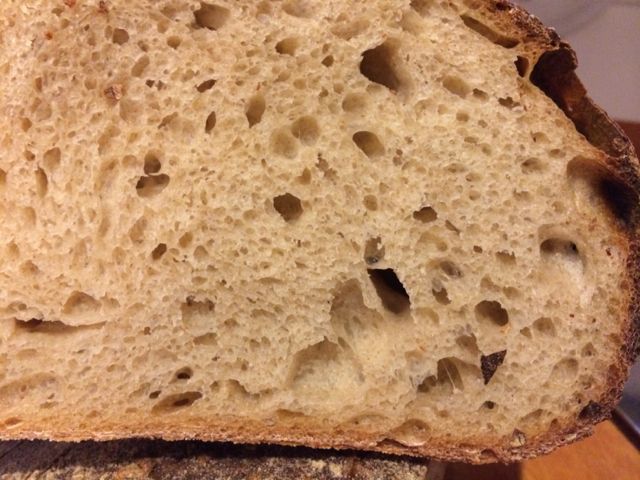 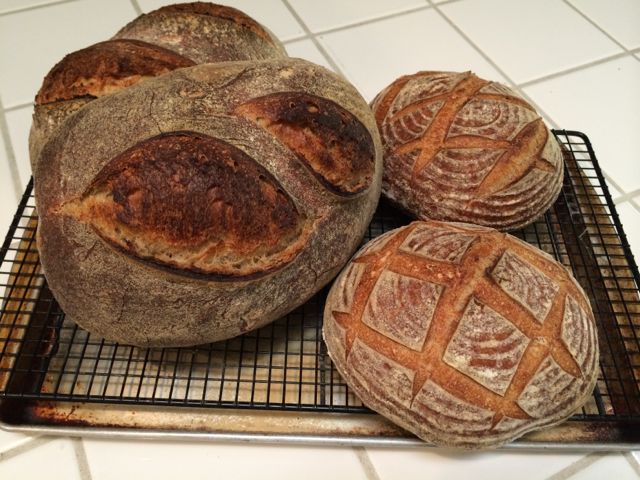 Those would be some of my favorite breads, too!

Very impressive indeed.  Love that color on the Jewish Sour Rye. Bet they all taste great.  Well Done and

As always!  Beautiful loaves, must be delicious!  Thanks for your post, now I feel like skiving off work to go home and try to make some of these!

They are all beautiful breads. Thanks for continuing to share and inspire, David.

I can't get over how your scores open up so neatly. It takes years, and you have that under your belt.

Beautiful as always.   And a lot of bread for a weekend bake.  -Varda.

As I say to my wife, "Why would I make ugly bread?"

As for the quantity, I might have gotten carried away. But once I had 2 (mostly) wheat starters and 800 g of ripe rye sour, all impatiently tapping their feet (or whatever sours do when they are impatient), what could I do? 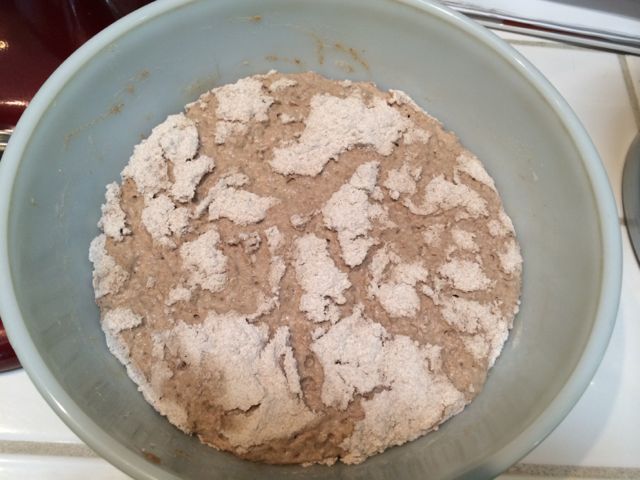 Ripe and rarin' to go make some bread rye sour

Beautiful Loaves!  Your bread has a signature look and style, I knew from the picture whose bread it was.  I especially love the large, chubby batards, what a pleasing shape. Hamelman's pain au levain, is a favorite, made it myself last weekend :)

The loaves look wonderful.  I wish I could make the sourdough with 30% ww right now!  Love the crackly crusts on the pain de levain as well.  There are just so many breads to bake.  Thanks for sharing.  Best,  Phyllis