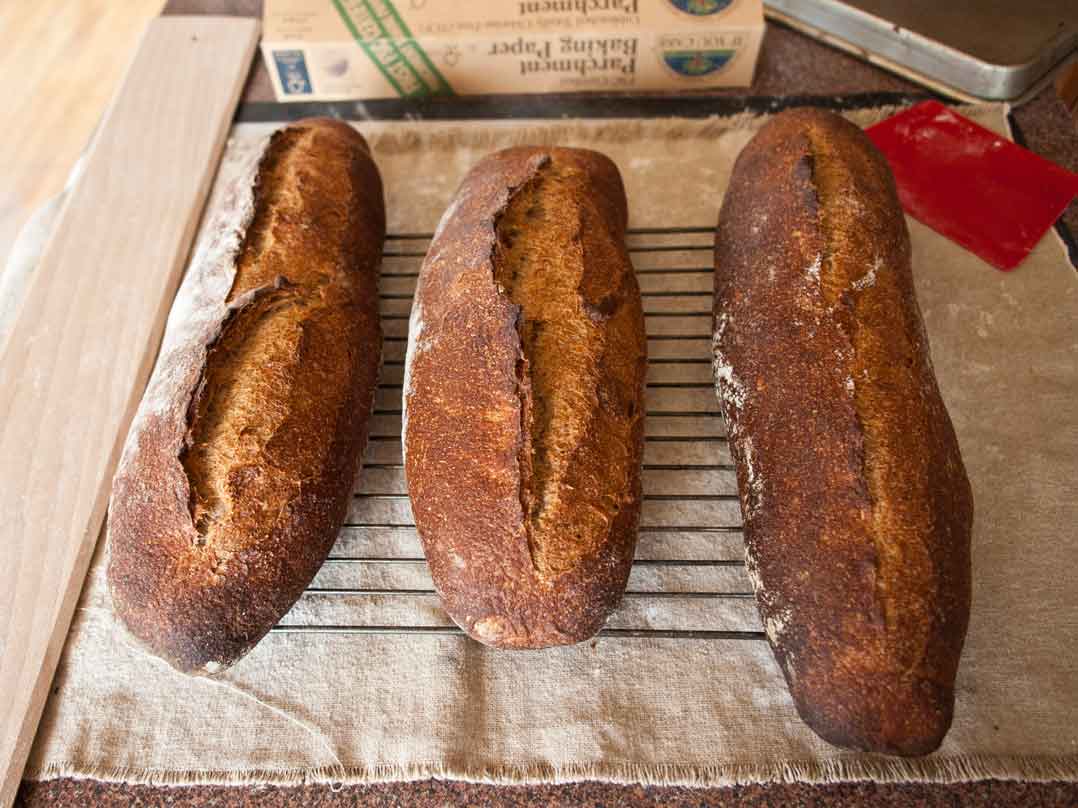 I've been playing with a brand of flour that showed up only recently in supermarkets here in the Hudson Valley.  Apparently North Country Farms emerged about 5 years ago in the region north of Syracuse, sourcing local wheat and grinding it on premises near the Thousand Islands of the St. Lawrence River.

They produce an "all-purpose unbleached" variety, and a whole wheat, as well as a "pancake mix" which doesn't interest us.

I first spied in on the shelf at Shoprite late last year, and was eager to try a relatively local product, produced on a relatively small scale.

Since then, I've gone through one bag of all-purpose and about three bags of whole wheat.

The all-purpose was somewhat coarser or grainier than KA AP (my standard), and my wife didn't like it.  I think, however, that I should give it another try and toy with the formulae.  The low-temperature milling might produce flour requiring more hydration than I gave it.

I've been happier with the whole wheat, and have produced some loaves that pleased even my wife, who generally discourages me from making whole-grain bread.  We found the flavor big and nutty, without any edge of bitterness or the dreaded "grassy" tone.

According to Richardson's web site, http://ncfarms.net/, the products are available from Boston to New York City.  I am happy to find a local producer, and I will optimistically give the AP another run.

Anyone else have any experience with this miller?

to be rustic whole wheat.  They look too good not to be tasty.  Are they 100% whole wheat?  Well dine and