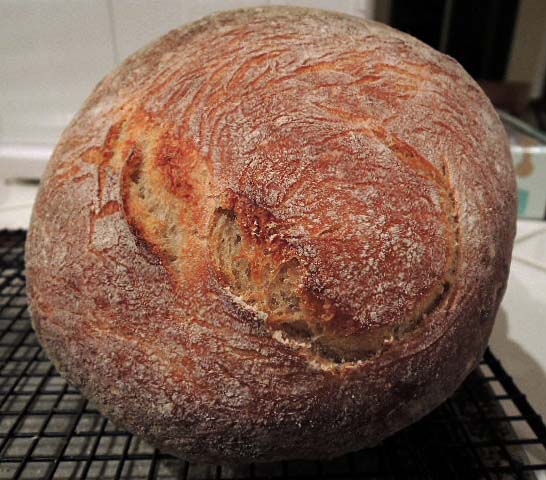 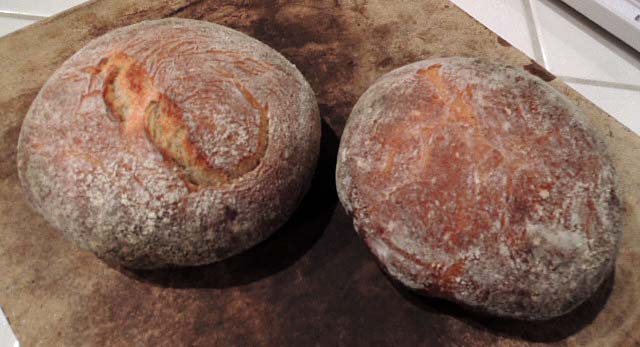 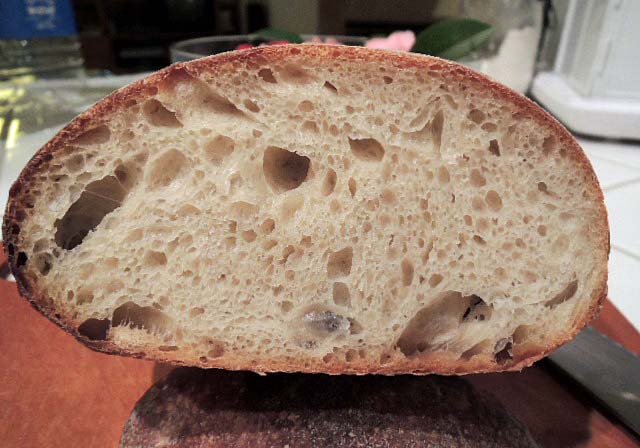 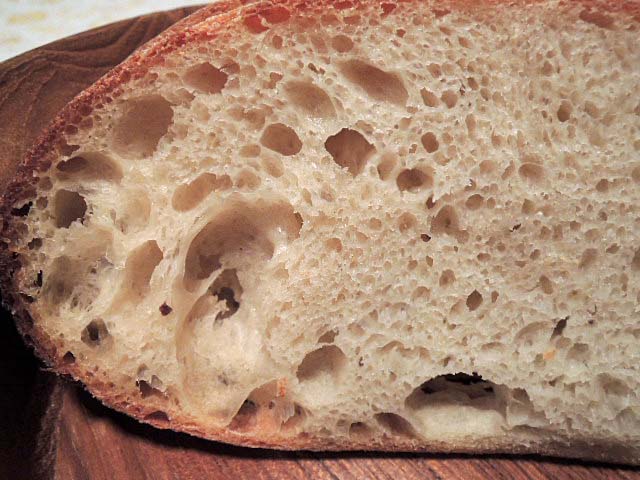 David, LOVE this bread, thank you for posting. I am new to this and for some reason when I flip them over out  of the bannetons onto my silicone rounds , they don’t keep shape and spread out a lot. So when they bake they are kinda flattish and don’t get much lift. Certainly not loaves like your pics!  Any ideas?  Maybe use less water for the flour types I am using?  KAF for my AP 11.7%, balancer hi gluten for my BF at 14.2%, and sperry extra dance Duram at 12.2%. Thanks!