Way too long of a post, first use of first starter ever

Way too long of a post, first use of first starter ever

This weekend is mine and my very first Sourdough Starters' one month anniversary. This signifies tremendous effort and commitment. With my busy schedule, taking care of these starters is nothing less than a pain. You have to really want to do this. I can't count the times in the last month that I wanted to just skip feeding them. But like a father for his children, I have fed my three starters basically twice a day for a month now. I have babied them, I have fussed over them, I have worried over them...

And today all that seems to be justified;

I chose my Laugenbrezel recipe as my test case; http://kdwonders.blogspot.com/. Of my three starters (White, Whole Wheat, Rye) I chose my White Sourdough Starter as my as the starter of choice for this recipe. I felt it would be the least intrusive. I wanted to minimize the amount of change introduced into this recipe. In a test case, I wanted to control the amount of change to the original recipe. All I want to change is the leavoning agent. In addition I want to add "Tang". Of my three starters, the one made from All Purpose Flour changes the least amount of things.

The Result: My white sourdough starter leavened this recipes' dough without any help from commercial yeast!

I feel like I created something from nothing. I did this, I did the research, I followed the direction I found, I trusted my resources. And as I watched this dough rise, all the uncertainty of a beginner, a month of wondering if I was doing things even remotely correct, faded away. It took a good 6 hours to double, but double it did.

The dough itself did not appear any different than the dough in my regular Laugenbrezel recipe, but the smell, and I always pay particular attention to the fragrance of my dough, was truly unique and new to me. I've been smelling the starters for a month now, and the smell of the dough is similar to the smell of the starters, yet more "Developed", more "Finished", "More Complex". These words are not exactly describing it, but they are the best I can do.

It's not that it smelled exactly "Sour" as in sour dill pickles,but rather "Tangy", with almost a "Flowery Garden Like" hint to it. It in no way was an unpleasant smell, it smelled...well like I suppose a Sourdough Pretzel dough is supposed to smell, "Tangy". As in previous posts when I try to describe what dough smells like, it's difficult, you can only get near describing the smell with words, words only hit near the mark, never directly on the mark. It's something that needs first hand experience to truly know.

But I turned what you see in the picture above into this:

I will not bother to document all the steps from "here to there", this is all described and documented in detail in my regular Laugenbrezel post. This one in appearance is no different. All the steps are the same, and if I took pictures they would look identical to that previous post.

But Lord, even as I type this, I have my half sheet pan of Sourdough Laugenbrezel "Proofing" next to me, the pan is covered in a plastic bag to hold in the humidity as it proofs. The smell is coming though the bag, I can smell what I can only describe as a distinctly "fragrant tang" enveloping me.

Now I am beginning to worry again, I hope my pretzels don't end up with an unpleasant, overly strong "Tang". The smell is just so prevalent.

Ok, now it's two hours later. I have gone through the "freeze", i.e. placed the proofed pretzels in the freezer for an hour to firm them up enough to handle. I have done the Lye Dip, 30 seconds each, salted them and now they are back in their bag next to me, in an 80° room, going through a second proof. The first proof's rise, is always lost in the freezer. I don't really know if illuminating the proof before feezing, since they inevitably flatten in the freezer, would be detrimental, someday I will try it. I do it because that is what the original recipe I built my recipe around said to do.

So after their time in the freezer and dipping them in a 3% lye solution, the pretzels are kinda flat, having lost their initial proof. I then spend another hour or more allowing them to thaw and to proof one final time to add some "Roundness" to them prior to baking.

Is this the right thing to do, who knows, all know is this is what I have been doing with success. Will I achieve the same success with this recipe? Will the wild yeasts present in this dough be enough to rise these shaped pretzels a second time. Will they spring in the oven? Who knows, I am a half an hour into the second rise....it's 11:45pm on a Saturday, and I wait to see.

Ok, here we go; it's 12:15am, an hour of second proof, I am happy with the rise, thank you wild yeasts. Ready to score and bake.

So I turned what you see in the picure above, into this: 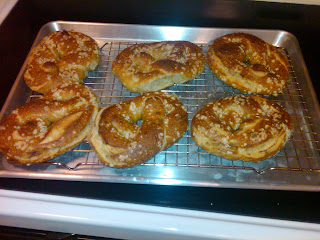 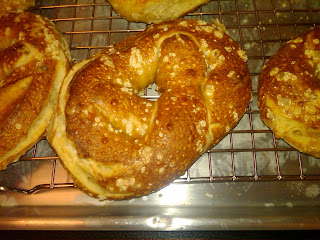 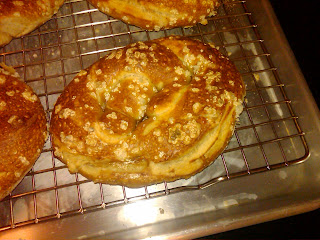 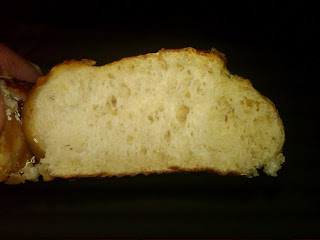 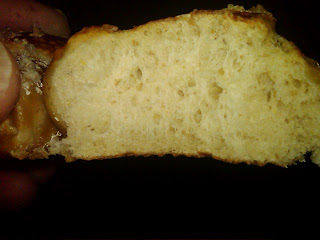