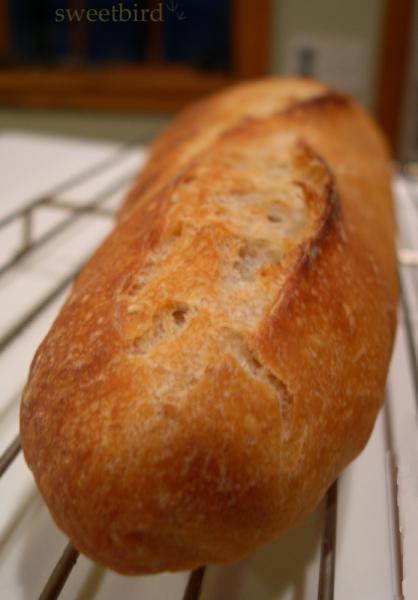 I've loved this site from the sidelines for so long and have been nourished again & again by everyone's passion and generosity, so I thought it was high time to stop being an innocent bystander and post something. I pulled two beautiful breads out of the oven tonight based on this formula by txfarmer: http://www.thefreshloaf.com/node/19830/36-hours-sourdough-baguette-everything-i-know-one-bread. What wonderful bread!

My plan was to follow the formula exactly but my starter was pokey on the morning that it was destined to meet the cold autolyse, so I had to leave the autolyse mixture in the refrigerator for 5 hours longer than planned, for a total of 17 hours. Finally the starter was ready (after getting a boost from a fresh feeding) and I worked it with the salt into the cold flour & water mixture. I almost wanted to apologize to it for the shock of the cold! Because the two mixtures seemed to resist being joined, I decided to do a Dan Lepard-style stretch & fold every 10 minutes for the first half hour, then settled into the s&f every half hour in tx's formula. That worked well. Then the dough went into the refrigerator for its 24-hour cold rise.

But because the extra-long autolyse threw my timing off (and because I had to bake today, not tomorrow), I realized that I would have to take the dough out today before the full 24 hours had passed, judging that it was also going to need some time at room temp. I took it out at around the 18 hour mark, gave it about 2-1/2 to 3 hours at room temperature and then went on with the dividing, pre-shaping, resting & final shaping. It was a lovely, soft, active dough.

My shapes are somewhere between baguettes and batards because of the constraints of my oven and baking stone. I tend to make mostly boules and now realize I need to work on my shaping and scoring of this type of bread! Because they were a little fatter than tx's baguettes they needed a longer bake time, and at the end I turned the oven off and left the door ajar with the baguettes still on the stone for about 5 more minutes. As it turned out, I could have left them a little longer to allow the interior to dry more. But . . . wow . . . the flavor!

Crackly crust, creamy crumb, weak-in-the-knees flavor. My husband and I had planned on Indian food for dinner but couldn't resist some slices before dinner.

My camera tends to turn everything into a golden wonderland in low light, but here are some more photos. I hope I haven't made them too huge. Tried to follow the 800 x 600 px rule but they seem absolutely gargantuan.  I'll need to work on that for next time.

Thank you for this bread, txfarmer!! And thank you all for your constant inspiration.

All the best,  Janie 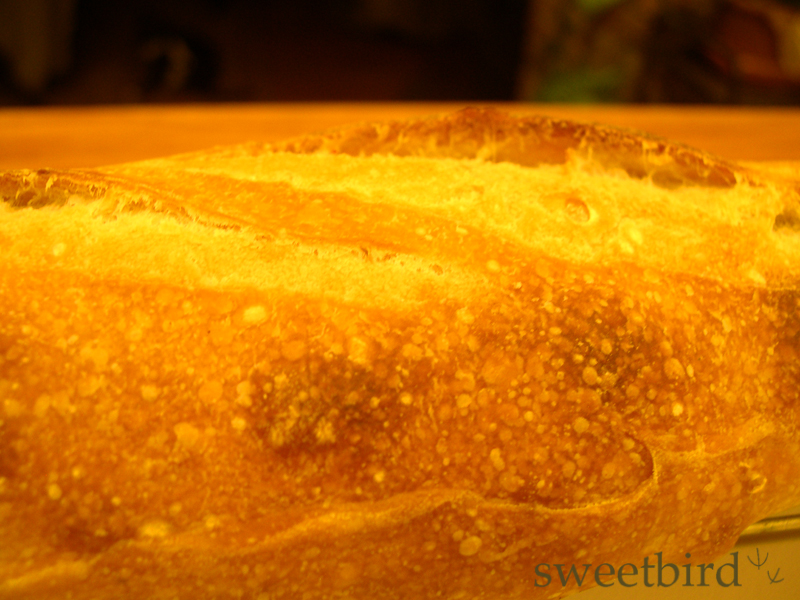 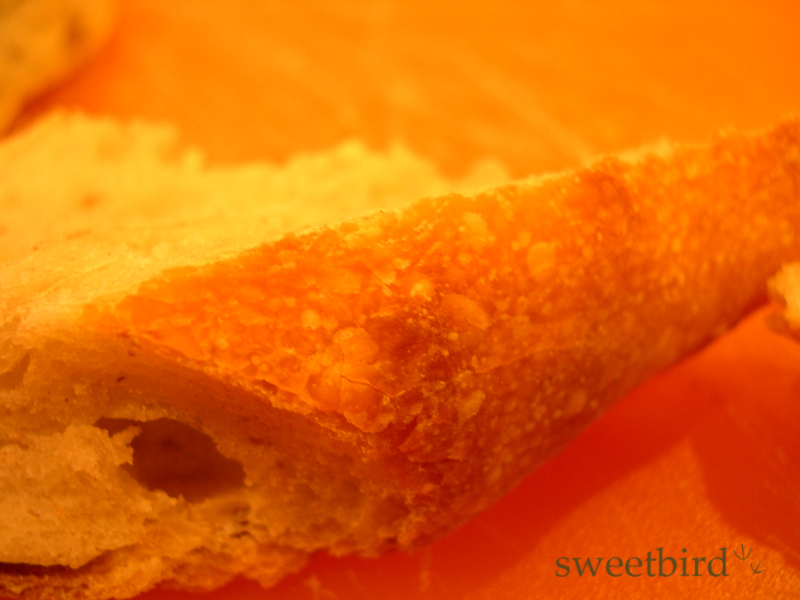 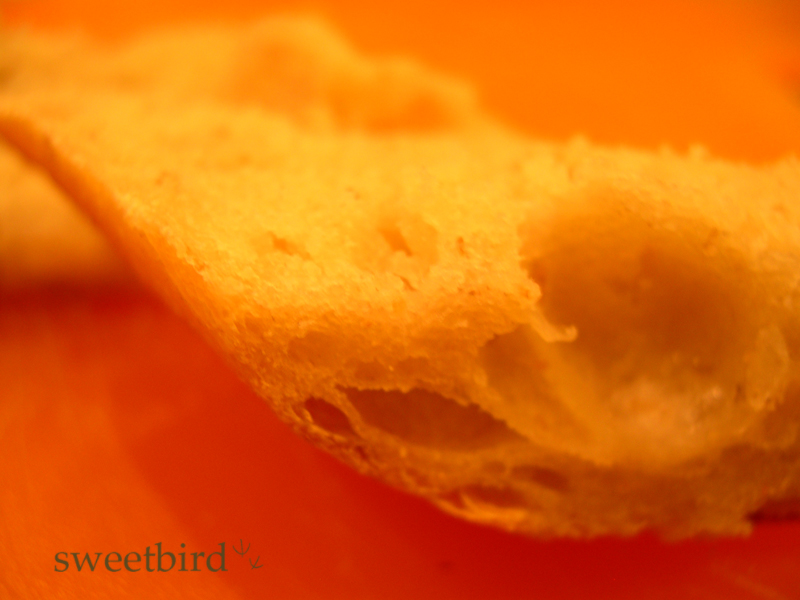 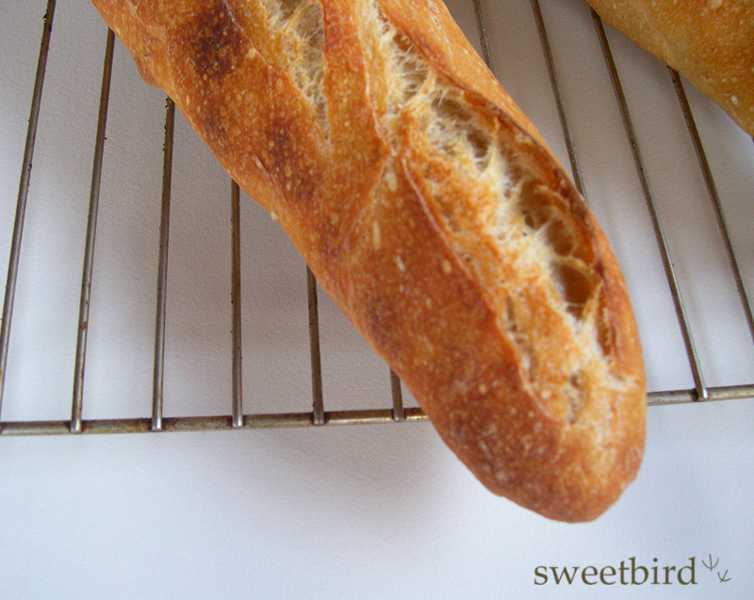 Nothing like a fine bread to ruin your dinner appetite :)

Thank you, Phil! I enjoy your bread posts so much. You are an inspiration.

Best to you,  Janie