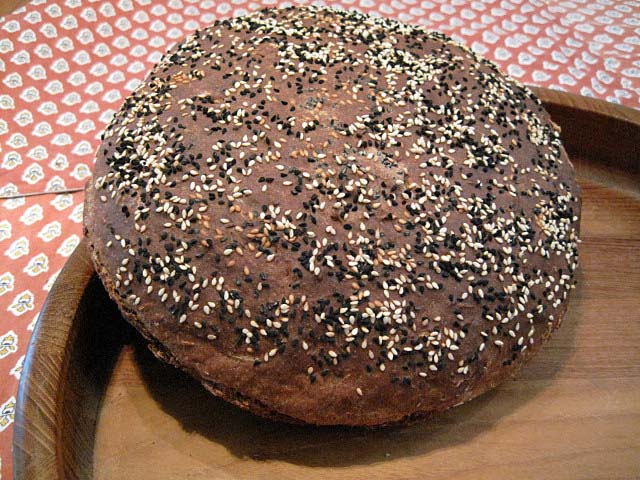 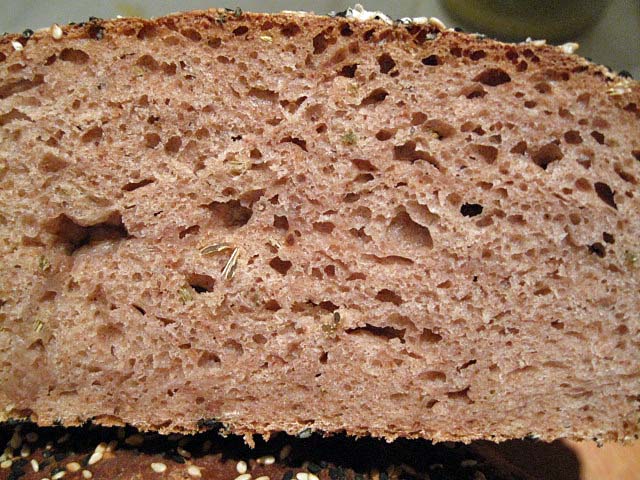 “Artos” is the ancient Greek word for leavened bread. (“Psomi” is the modern Greek word.) However, “Artos” has come to refer more specifically to various enriched celebration breads, particularly those baked for Easter.

I found the recipe for this version of “Artos – Greek Saints' Day Bread” in Savory Baking from the Mediterranean, by Anissa Helou (Harper-Collins, NY, 2007). This is a lovely and quite comprehensive book. Unlike many cookbooks covering ethnic cuisines, it does not seem to be “dumbed down.” There are no ingredient substitutions, and the original techniques for mixing, fermentation, shaping and baking are given. Well, the author does give instructions for American/European home ovens, whereas many of the items in the book are authentically baked in wood-fired ovens or tandoors or the like.

Helou tells us that she found this bread while visiting the island of Kassos which is a small island at the southern end of the dodekanese chain. There, it is baked for many saints' days. It is baked at home, then taken to the church to be blessed by the priest before being cut and shared with the congregation at the end of mass.

Helou recommends this version of Artos for breakfast or tea with Greek-style yogurt and honey or with “very good butter.” She also says this bread makes delicious toast.

The recipe is similar to others I've seen for Artos in that it is spiced, but it is less enriched than most and is very simply shaped. The technique of baking in a 9 inch pan is one I've seen for other Greek breads but never tried before. Helou provides all her measurements in volume, and that's how I made the recipe.

3 1/3 cups AP flour, plus extra for kneading and shaping.

2 T EVOO, plus extra for greasing the baking dish. 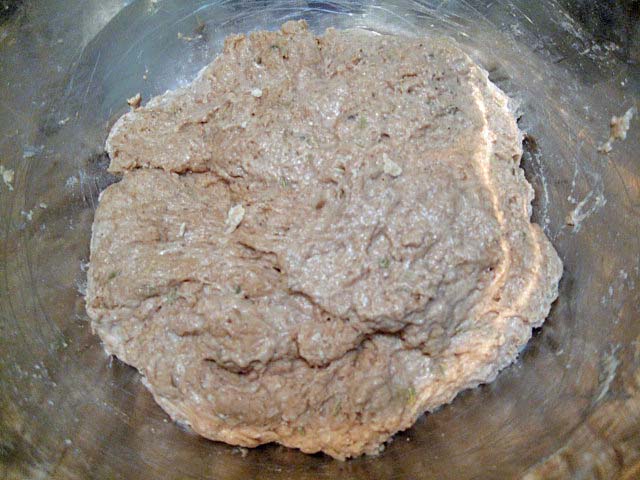 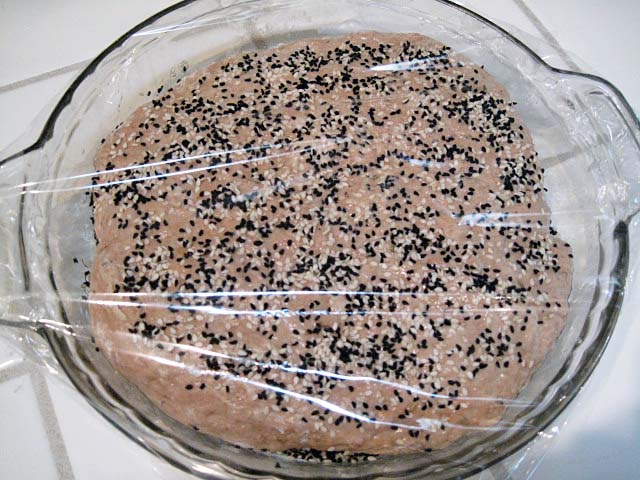 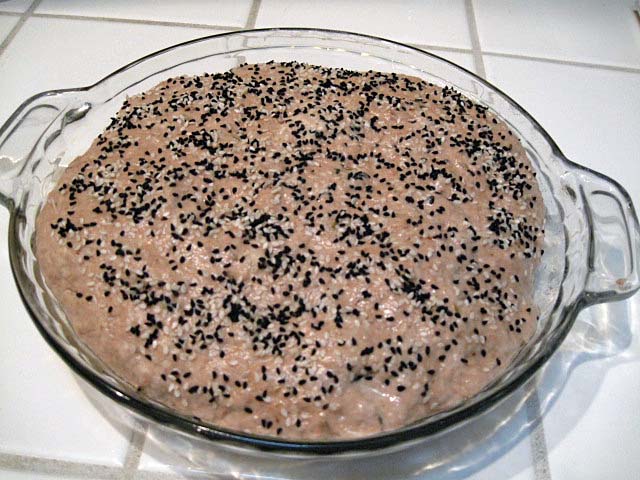 Artos, proofed and ready to bake

The bread gave off a most powerful, exotic aroma while baking and cooling. The cloves and nigella aromas were most potent, to my nose. When sliced, the crust was crisp. The crumb was soft and tender. The flavor was very spicy and very exotic. In my limited experience of spiced breads, it was closest to a French pain d'epice, but different because of the fennel and nigella flavors. I enjoyed it, but I don't think I could eat a lot of it at a time. I'm looking forward to trying it toasted and with some Greek yogurt, as recommended.

I was looking for Rye in the contents.. untill i saw the spices and the wine.. the color looks just right.. Interesting Bake, David!

Hello David, That bread sounds like it has some great flavor.
(BTW, did you ever find your Vin Santo?)
Regarding the book, you note "There are no ingredient substitutions", but when I read the list of ingredients the first thing I thought was "I wonder if using Vin Santo in place of the red wine would be good!"
:^) from breadsong

I forgot to look for it last trip to my wine shop.

Anyway, I'd need to bake another batch of biscotti to eat with it. Not a problem.

but I can imagine the spices were overpowering! I haven't tasted Nigella, yet, but the amounts of cloves, cinnamon and anise (or fennel) per quantity of flour seem really huge.

You are correct, the spices were rather over-powering. I really think this bread must be meant to be eaten in small quantities with something else to temper the strong flavor.

This was the first time I'd used nigella. It has a rather strong flavor - kind of in the onion family. The aroma of the bread was somewhat reminiscent of curry, and I think this was due to nigella.

What an interesting combination of spices. I can imaging it will mellow out after a day or so. Thanks for sharing this ethnic loaf with us. What was you DIL's take on it?

I just tasted the loaf, then froze it. I may try it this weekend.

Stephanie just saw the photos, of course. Her e-mail comment was "beautiful." We haven't been able to talk about it yet.

I was looking for something entirely different but landed here . I ve sampled this bread in Kasos so here is the story behind it..... In its original form this is a "koylouri" ,  a bagel shaped bread stick.

Whole wheat flour.  Baked twice, first on  230C and then 120C low and slow.
Anise, cloves, cinnamon and pepper (or nigela seeds , aka black cumin) were used to  make the bread  taste sweeter than the amount of sugar it contained. Sugar used to be expensive and this is a very very old recipe.
It was paired with Greek/Turkish coffee, maybe some wild tea and/or some cheese (most probably fresh cheese like anthotyro (ricotta) or a mixture of fresh cheese and milk , feta was not readily available back then)
It greatly differs from the usual  bland rusk/coulouri from Crete and the only reason i can think of is how Kasos natives were so close to the Asia Minor peninsula and the Middle Eastern influences that entailed .