Foodies (myself included) can be really annoying.  Especially the obsession with details of the provenance of ingredients.  I don’t need to know what species of leaves are in the mulch that fed the grass that fed the lamb that I eat.

One foodie principle that I endorse, though, is the locavore concept, the idea that it is beneficial to use local ingredients and to celebrate local cuisine.  Well, we don’t grow wheat here in the Bay Area, but my bake today is decidedly local to the Bay Area.

The recipe for this miche was developed at San Francisco Baking Institute in South San Francisco; the flours are produced to the specifications of, and distributed by, Central Milling Company in Petaluma; and the whole shebang was put together right here, just a mile from the Golden Gate, by a middling local baker in a worse-than-middling local oven.

The SFBI miche formula has been much touted in the last few weeks, and can be found in Brother David’s recent blog post (http://www.thefreshloaf.com/node/21644/miche-hit).  Many of you have baked this formula, and have been pleased with it.   I followed the formula, except I used 50% Central Milling Organic Type 85 flour and 50% Central Milling Organic Artisan Baker’s Craft flour (a white flour, enriched with malt, that I’ve been happily using for a range of breads).  I used Bob’s Red Mill Wheat Germ (ok, that’s from way up in Oregon).

The dough behaved nicely in mixing.  I found it very slack and sticky, like a high-hydration baguette dough.  Indeed, it was pretty difficult to form the boule as my floured hands kept sticking to the dough.  I either succeeded or failed to properly form a tight boule; I gave up trying at a certain point, and plopped it in a genuine SFBI linen-lined proofing basket.

After 15 hours in the fridge, and 90 minutes on the kitchen counter, the dough ball was very nicely risen, and the poke test indicated proper proofing. The loaf sprung up nicely in the steamed portion of the bake.  I baked at 450 F for 65 minutes total, and the internal temperature got to 210 F.  The crust is near burnt in places.  My oven is considerably hotter at its top and this loaf was close to the top (no room to use a lower shelf).   Next time I’ll try a slightly lower temperature.  Still, not a bad looking bread, and nicely crackled. The crumb texture and flavor are awesome—very tender and airy, and complex, sour and toasty-wheaty taste.  I can’t say I notice the wheat germ, compared to the last miche I made using 100% Type 85 flour.  The flavor of the crust is just a tad past “bold”, verging on burnt.  But, this is a really yummy bread. So this was the last of a three-bake weekend, producing also a nice Cranberry-Walnut bread and some tasty “Bearguettes”, all described in my previous blog post (http://www.thefreshloaf.com/node/21860/when-cat’s-away-mouse-bakes…-lot) Fantastic crumb. You may find the crust tastes better tomorrow, and I can almost guarantee that the crumb flavor's evolution over the next 24-48 hours will be remarkable. I understand it's wonderful now, but it's going to get wonderfuller.

Next time, to avoid the burned crust on top, rather than lowering the oven temperature, I'd cover the central top with une petite feuille de papier aluminium. (If it were just a honkin' big bread, I'd recommend aluminum foil, but, geez, it's a miche!)

A foil hat would work, eh?

For dinner, I had a slice of this miche with ham shank and white bean soup (an adaptation from an Emeril Lagasse recipe).  Even just a few hours did wonders for the flavor.  The miche and the soup will both be even better tomorrow.

And the crumb texture of this bread is pretty close to my ideal (Acme Pain de Campagne).  Moist, tender but chewy.

This is SOP when the crust is getting too dark, but the bread needs more baking otherwise.

It's definitely soup weather. Our dinner was onion soup gratinée with a green salad. The miche did well supporting shredded gruyère. Susan made a big pot of ribollita (minestrone de Bologna) for tomorrow night's dinner. I'll make more olive oil brushed, garlic rubbed croutons which are traditionally put in the bottom of the bowl, with the soup ladled over them.

BTW, my miche was even tastier tonight than it was at lunchtime. It's getting sourer by the hour.

Be wary taking advice from the guy with the tin-foil hat.  ;^)

That's a very open crumb for miche and it looks delicious.  I have, however, to agree with the francophile above as to the easy remedy (although I'd just use 'tin foil').

For the comments and the advice.  The tin foil hat does have me worried.  Perhaps I could circulate the air in my oven with a black helicopter. 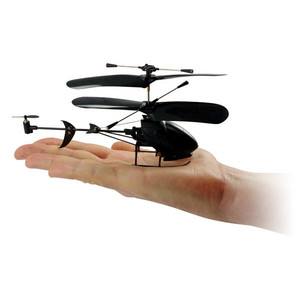 However, you should be aware that, unlike the tin foil hat, this will not keep the aliens from broadcasting disturbing messages to the radio they imbedded in your head.

Thanks, David. I would gladly pay a bit extra for the model that includes the signal jammer for alien radio waves.  Is this ovenproof?

Hi Glenn, Your breads look delicious and the crumb, perfect!
I tried making the wheat-germ miche this past weekend too (a joy to make, bake and eat!).
Nice work! - from breadsong

I admire your lovely miche.

I am wondering what the deal is with your oven however. Did you get to preheat the stone well before loading? The distinct difference in crust color on the bottom makes me think you might be having a problem with the lower heating unit. Does your oven have multiple heating profiles?

Thanks for the comment.  I am very happy with the crumb.

My home oven is about 30 years old.  It takes over an hour to get the stone fully heated.  I don't have an oven thermometer, but I know the top of the oven is way hotter than the middle.  I get better done bottom crusts when I pre-heat with the broiler for part of the time.  I didn't do that with this bread.

among others.  Your brother suggested alu foil, I might do that as well, or simply flip the loaf and brown the bottom.  I did that often before I figured out how to get more heat under my loaf in an oven with no bottom coils.  Goodness how I love crust!

Has anyone stapled their dough inside a parchment tent yet?  How much steam would that trap?