I hit Mini up under one of her blog-posts a bit back for some pointers on how to manage high rye-ratios. And after another go, I'm happy to report a success. And ofcourse would like to issue a thankyou.

But I digress — so, the story:

I'd been doing reasonably with my ryes before, but had issues with the crust being too tough after playing the "wait a long time before you eat your bread"-game. Back when I was baking in a large oven, this was less of an issue because the crust was a smaller percentage of the total bread, so things were relatively livable. However, after having moved I now have to stick to smaller volumes for loaves that will fit in the bread-machine (I do an interesting trick for mine; don't start wailing on that back-button just yet) or toasteroven. This meant that if I had too tough of a crust after waiting to slice I would not get a lot of less-work-to-eat crumb as a reward for sawing away at it with the knife.
So, after being assured that the crumb would still set up even in a plastic bag (inserted after cooling ofcourse), I gave the technique a shot, and had a happily managable crust, along with a crumb that set up completely oblivious to the fact it had been put into a bag atall. Maybe someone can explain this to me, if it's known. Apparently a rye crumb solidifying over the day-or-so I try to wait before cutting has less to do with sheer dehydration than I thought.

Since I'm health-conscious, I generally do what most bakers would consider an outrageously long roomtemp ferment. Doing this not only enables phytic acid to be fully hydrolized, assures a sufficient pH-drop (low pH prevents acrylamide-formation), but also allows the culture to eliminate gliadin/WGA/avenin, which is a natural defense to which _all_ people have an immune response, though it is visibly pronounced in celiacs.
So here the second trick was to keep the "disconnected crust" syndrome to a minimum, something that I'm told is all-to-common for rye-newbies. It was also something that I'd noticed happening with in my large loaves, but again I was not highly concerned because a given slice was still big enough to use to make a sandwich so I was happy. But now needing a small loaf, I tried Mini's ratio, I did everything as I should with the exception of the fermentation-time. As a result, I got a somewhat hollow loaf, despite having docked it. This left me with slices that were hardly large enough to do anything with, much less sturdy enough to butter, lacking a non-estranged crust on one side.
After posting, I was set straight that I needed to actually be a bit braver with the depth when I docked the loaf. It was noted that once bubbles are able to breach the surface of a rye dough/batter, it's a sign overproofing is about on. It's also a warning to handle gently, as too much jostling could break what bubble-holding structure remains inside. So given my own suspicions about how my bread had performed, I decided to mix the flour, water, and culture, and then place it directly into the greased medium. From there I'd let it ferment, and then come back and dock it boldy, and then put it in a low position in the baking heat, with knowledge that scooping it around into a different container so late in the game, perhaps having to wait for an additional rise could cause problems.

And so it went.

I ended up with a nice UFO-shaped loaf (see below) with an intact (connected) top and quite soft crumb and crust. It tasted good as usual. (When you let a cook bake, the bread may taste and smell good, but just not generally behave itself otherwise... much like the gingerbread man.) If the site's working right, pictures are below.

Some of the slices were enjoyed with some locally grown oyster mushrooms, and an organic pepper-jack from a local cheese-producer; the son in the family was a wayward dairy-farmer, but liked to engineer different cheeses, so it didn't work out too tragically, and he didn't have to bitterly leave home and so-forth afterall. 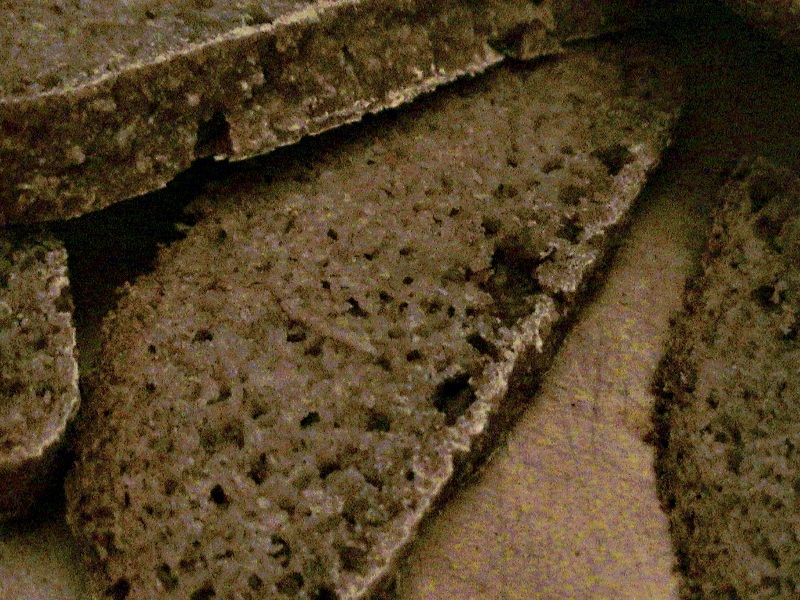 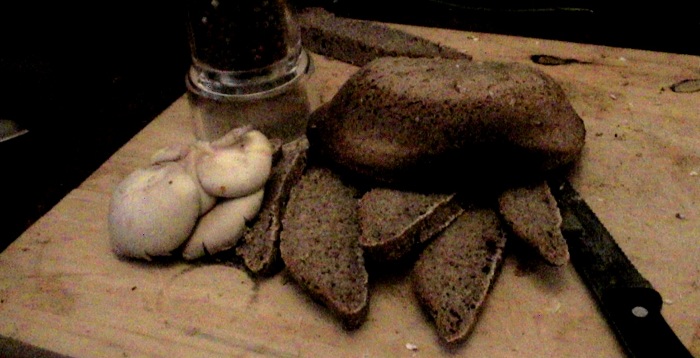 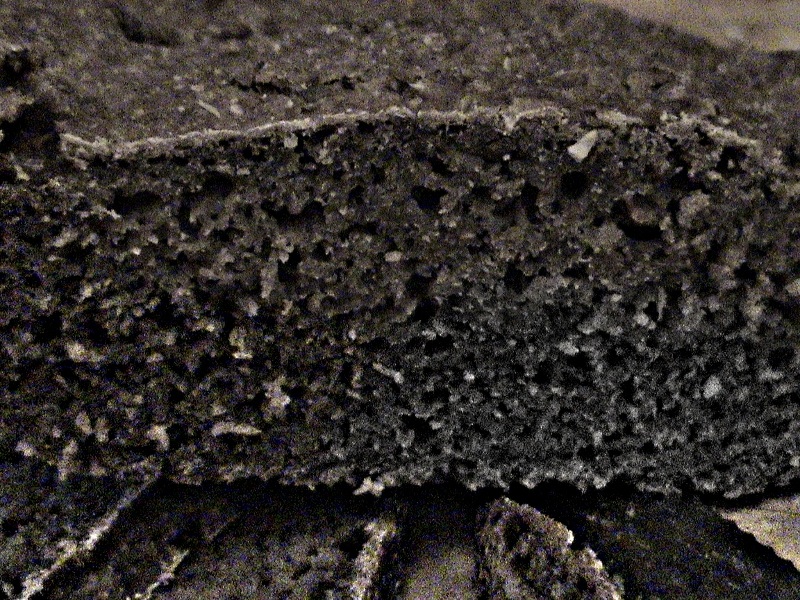 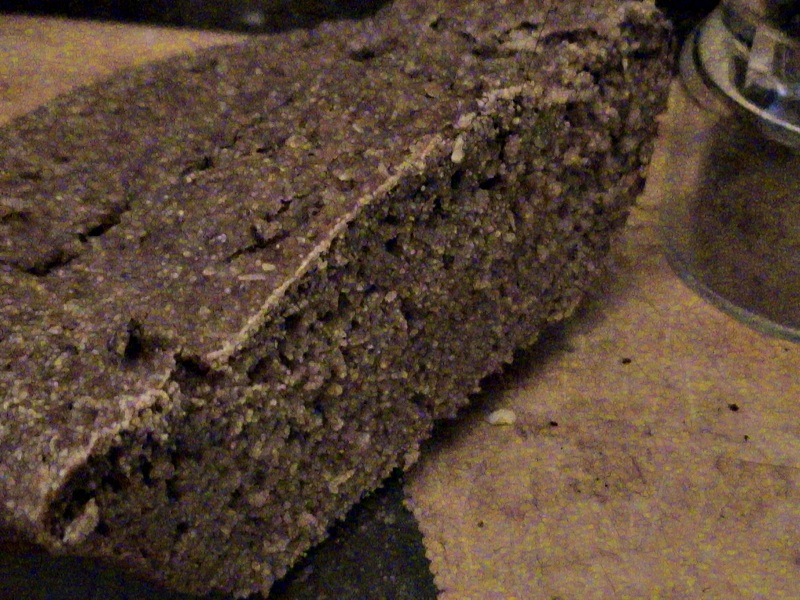 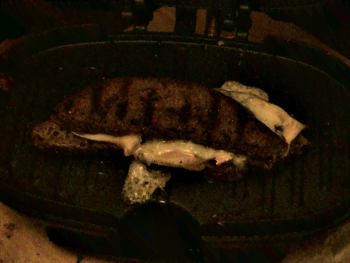 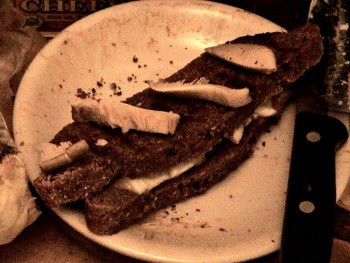 Sourdough gluten structure fell apart during...
Getting my bake on!
Proofing issues need help
Completely new at grinding wheat
I submit.. My first stab at the iconic Long...
END_OF_DOCUMENT_TOKEN_TO_BE_REPLACED