About two weeks ago I made up a 2.9 kg batch of puff paste to be used for making tarts , turnovers , napoleons, etc. It's a great thing to have on hand this time of year when all the berries and fruits are ready for picking. One of the things I really wanted to make was a raspberry tart, but our usually prolific raspberry cane is late this year because of the cool weather we had in May and June here on Vancouver Island. At least that's the theory my wife and I are going on. Luckily our local organic farmers aren't having the same problem so I bought a couple of baskets of gorgeous raspberries from a nearby farm. After a few days of making various items with the pastry, some successful some not , I'd acquired enough scrap dough to use for a 9 1/2 in. tart shell. Using scrap dough for tart shells is recommended because it doesn't have the 'lift' of an unworked piece of puff and because it's baked blind isn't necessary. I also made a little raspberry glaze and some pastry cream to finish the tart with. Once I'd formed the tart in the pan I lined the inside with a round of parchment and filled it with dried beans to keep the bottom from lifting as it baked. The shell was baked off at 410F for 20 min. and although the shell came out a bit darker than I would have liked , I wanted to make sure it was fully baked. Some of those unsuccessful items I referred to were the result of underbaking. While the shell was still hot I brushed some of the glaze over the bottom inside to seal it and then let it cool completely. My preference is not to use a lot of pastry cream in a fresh fruit tart, just enough to compliment the fruit rather than be a major component. Finally the raspberries went on, placing them around the edge and working to the center. I cut out a small round of parchment and placed it over the center then dusted the outside with confectioners sugar, removed the paper and glazed the berries in the center. All in all I think it turned out quite well. Because it's an all butter puff the flavor of the shell is rich and goes perfectly with fresh berries, the vanilla of the pastry working to bring both of them together.

Included is the recipe for the puff paste I used and a few photos.

Mix the first 4 ingredients with the paddle on low to a fine crumb. Mix the water and the cr. of tartar and add to flour mix just until the dough comes together in small pea size lumps. Turn dough on to the bench and fraiser till smooth. Rest the dough in cooler for 30 minutes or until it reaches a temperature of 42* F

While the dough is resting mix the butter and flour together using the paddle. The butter should be soft enough to allow the flour to incorporate easily. Form the mix in to a square or rectangle and bring the temperature to 60*F before rolling in to the dough.  When the dough is rested and cool and the butter block is at 60*F it can be applied to the dough, either by cutting the block in small even size pieces or in one single piece. Once the butter has been applied give the dough a 3 fold, making sure that the edges of the dough are evenly aligned. Rest the dough for 30-40 min., roll out and then give the dough another 3 fold, followed by 2 more 3 folds  and one four fold, resting the dough 30-40 minutes between each set of folds. This will give you 973 layers. After the last rest the dough can now be frozen whole or cut into smaller sizes.  Thirty minutes before it’s time to use the dough give it one more ½ fold and rest for 30 min. then roll out for whatever shape is desired. 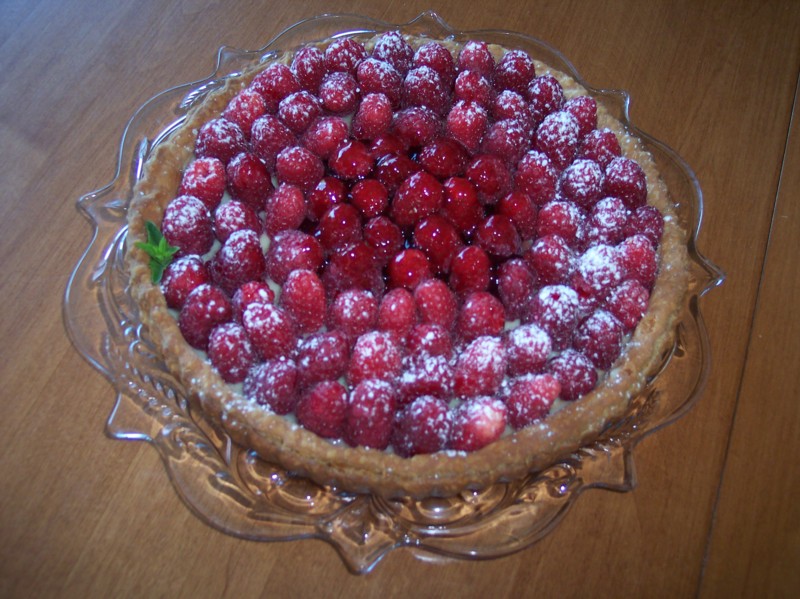 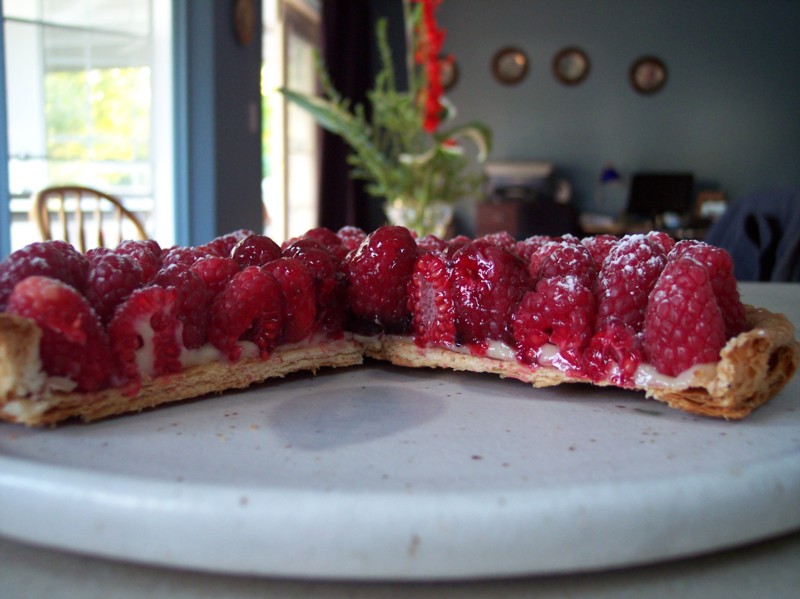 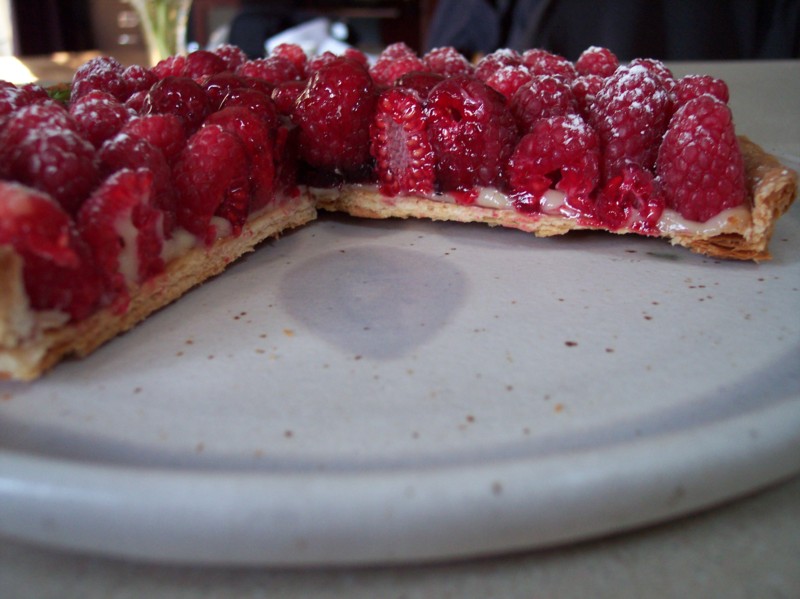 Wonderful use for the scrap dough. Thanks for the tip.

Thanks for your comments.

Anything involving puff pastry will have to wait for Fall when the temps get reasonable around here, but I'm filing your recipe away as a great use of scraps.  Do you refrigerate the scraps and use within a couple days, or have you tried freezing them?

You can do either with the scraps I wouldn't leave them in the refrigerator longer than 2-3 days though. When you're putting the scraps together try and layer them as best you can rather than bunching them up in a ball. This helps to preserve some of the layers and makes for a flakier shell.