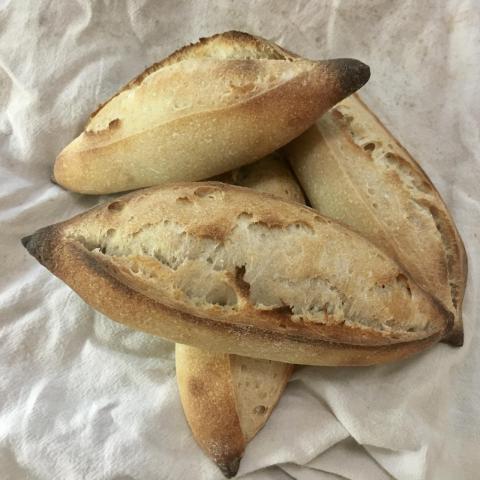 Today I made my second attempt at baking the birote salado from Guadalajara, Mexico. It doesn't seem to be particularly well known outside of its home country: there is no English Wikipedia entry about it, for example, nor (to my great surprise) has it been mentioned on this site outside of a recent thread. I think it's time for the birote to make its way into these hallowed halls, so others can have a go at it, play with the recipe and try making an at-home version of delicious tortas ahogadas, or "drowned sandwiches". These sandwiches are a Guadalajaran street food with which the birote is inextricably linked.

Note that the recipe and much of what I know about the birote salado comes from David Norman's Bread on the Table, an excellent book with a full smorgasbord of recipes for unique European and other breads.

The history of the birote salado seems uncertain, but it's generally agreed that it is based on recipes of the French, who brought their baking techniques to Mexico when they were occupying the country in the mid-1800s. One story is that a French soldier called Birotte invented the bread, while another is that the Birotte family bakery was among the first to produce it. In any case, it's easy to see how the baguette might have inspired the shape of the birote, which is elongated like the baguette but typically much shorter. But in contrast to the traditional baguette, not only is the birote salado leavened with wild yeast, the levain is fed with beer! This appears to slow fermentation considerably, and of course it adds characteristic malt and hop flavors to the final product.

Here is a short video (en español) with a few words to say about the history and popularity of this unique bread. Even if you don't speak Spanish, you'll still enjoy some really cool shots of the production line.

On to the recipe, which makes eight 150 g rolls, each about the right size for a sandwich. I did a half recipe as a trial bake. 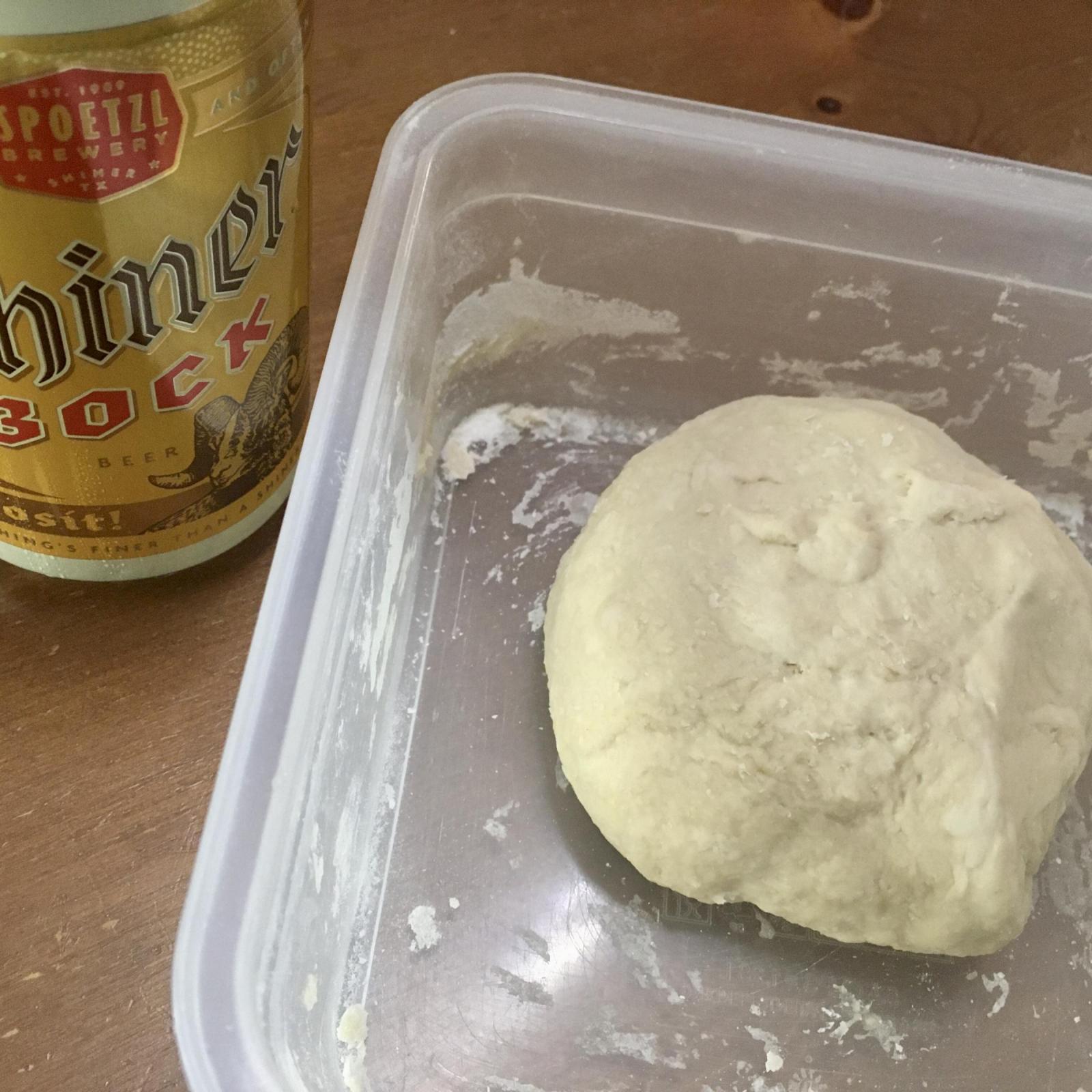 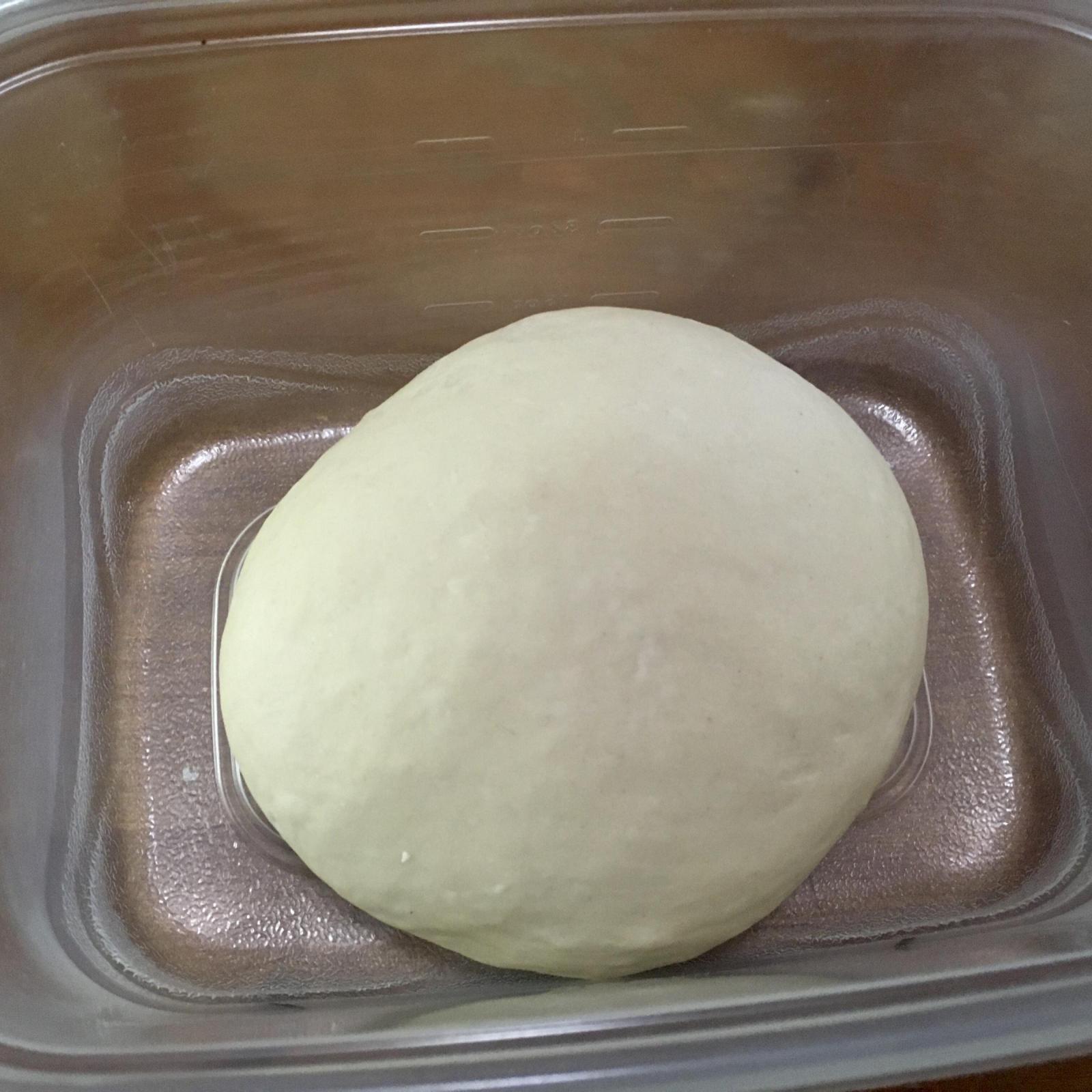 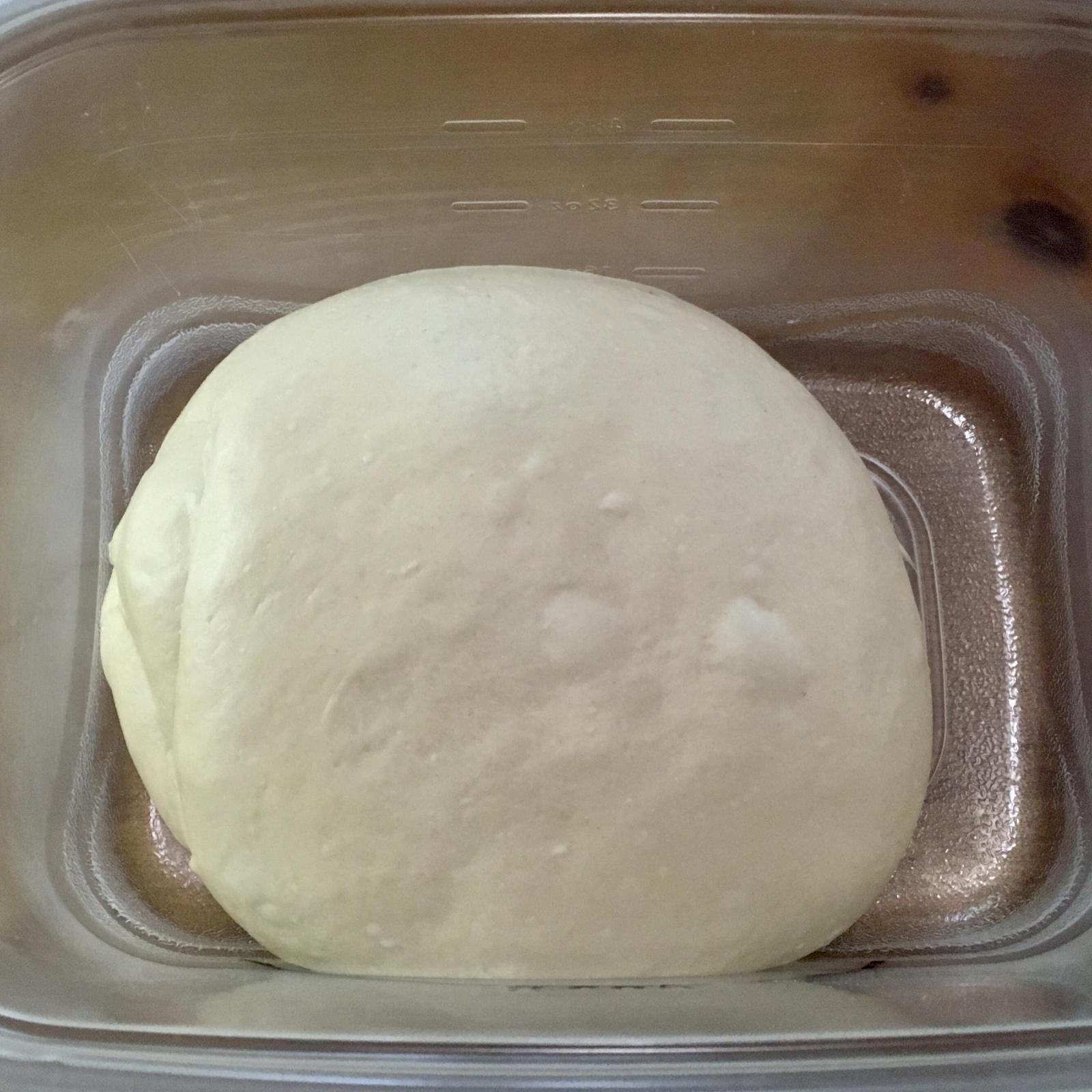 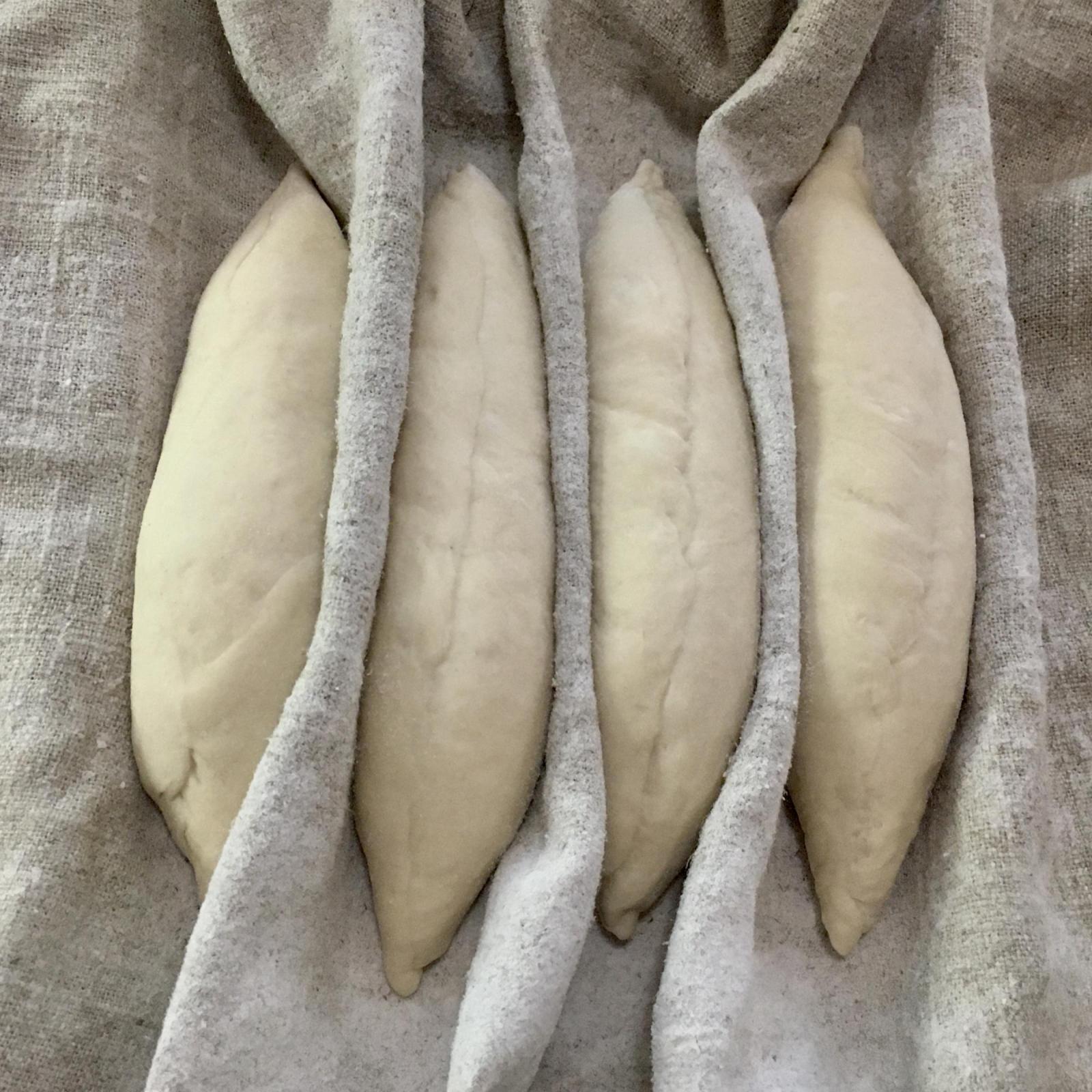 Birotes on the couche, before rising

How much difference is there between that and the bolillo?

It's basically the same shape as a bolillo, but the bolillos I've tried taste commercially yeasted, and no beer.

I don't know about Mexico, but in some latin american countries, beer is called "birra" (beer-rah) as a colloquialism, in addition to cerveza.

Could it be a birote (birrote maybe?) is a bolillo made with birra?

The bleached-white commercial-yeast tasting bolillos are in every Mexican bakery and most all Mexican groceries I've been to here in my city.

I don't know about Mexico either; I know the Italian for beer is birra but I've always heard beer called either cerveza or chela in the Latin American countries I've been to. You have a cool idea there, especially since the French bierre is similar! Perhaps it does somehow refer to the key ingredient.

Great eyes with regard to the bolillo connection too. Here in Texas and presumably across much of Mexico, sandwiches of the tortas kind are indeed usually made with bolillos. They are dirt cheap at the local grocery store, but they unfortunately taste like it. I would imagine they come from the same French influence in Mexico, but the bolillo (as I know it here, anyway) has gone the way of your average supermarket "French bread": beaten to death, risen at warp speed and full of weird dough conditioners. If I were writing an early SAT question, maybe I could say the birote is to the bolillo as pain au levain is to [insert typical chain grocery]'s bakery "French" bread. Except with beer! Also the bolillo shape is a little different (again, here, not sure about in your neighborhood): it's more oblong and less like a football.

I am curious to know know if there is a more artisan style bolillo available in Mexico or elsewhere...

Those sandwiches sound good and well worth the effort to make this bread!

I don't speak spanish, but it was great to see the production.  The hand mixing, and all that expert shaping and complex peeling in and out of that oven.  Amazing and fun to watch.

Those look fabulous! After reading David Norman's book (great book), I too have been wanting to make birotes salados. I like to contrast and compare recipes, so looked on the net to find other birote recipes. I found several (in Spanish) that call for fresh yeast, zero beer, and zero sourdough.

The only one I've found so far that calls for sourdough and beer is this one: https://youtu.be/Mzj0RgC0W4E?t=84

Thank you for pointing to bolillos. After searching for recipes for them, it looks like the only difference between the two breads is that bolillos call for the addition of lard or some sort of fat. When I used "bolillos cerveza" as search words, I came across some terrific YouTube videos demonstrating how to replace yeast entirely with beer (ie: zero sourdough).  Now, I'm wondering if the sourdough starter is necessary at all. (It's really hot and humid right now, and our starter is on a different schedule than it normally is, and I'm having difficulty with timing. (In winter, our kitchen is generally around 16C instead of 25C it is presently....)

Hi Elizabeth! Sorry, I need to adjust my notifications preferences so I get an email for blog comments.

Maybe you've done some experimenting already. Help me out: are you trying to make birotes without any commercial yeast or sourdough starter? Or with commercial yeast and beer, but no sourdough starter? I know that most recipes from Guadalajara call for at least some commercial yeast in addition to sourdough. In the book, David Norman writes that he experimented a bit with the recipe until he was able to cut out the yeast entirely. So I think you'd be successful in trying a recipe with commercial yeast and no starter! The beer should give you plenty of flavor. Other recipes call for lime and eggs, interestingly. It seems to be a pretty flexible recipe, I'm sure with each bakery having its own opinions and secrets.