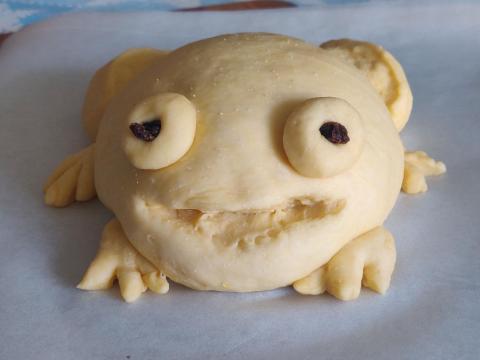 I'm sure you've noticed that bread baking has been a popular way for people to keep themselves busy while in quarantine. Sourdough, in particular, has been incredibly popular and driven a ton of new visitors to The Fresh Loaf, many of whom have joined our community. But there has been another bread related trend that has also been driving traffic to the site: frog bread.

As recent articles on Vice and Delish have explained, a month or two back someone on social media discovered a post I made back in 2005 about baking frog bread for my two year old son a few weeks after my daughter was born. People started recreating and sharing frog bread on Tik Tok, in Facebook frog groups like Frogspotting, and on Twitter and Instagram under the hashtag #frogbread. Both of my now nearly adult kids spotted frog bread on social media before I noticed it and had a quite laugh.

It's great. I love that one of the sillier recipes on this site got popular and is encouraging people to bake for the sake of having a good time and not to worry about whether the end result comes out beautiful and Instagrammable or rather ridiculous. There are so many fantastic bakers on this site who turn out the most amazing looking breads now, but you don't have bake like that -- I don't -- to find joy and pleasure baking bread on your own from time to time.

So in honour of all the new frog bread bakers, today we baked frog bread again.

I used a slightly different dough this time, basically the dough I used for my Red Bean Buns with one egg and a bit of sugar in it. It worked great, though I lowered the temperature to 325 after 15 minutes because it was browning a bit faster than I wanted. But it came out great.

After making the dough, I placed it in a covered bowl and let it rise for an hour, until it had doubled in size. 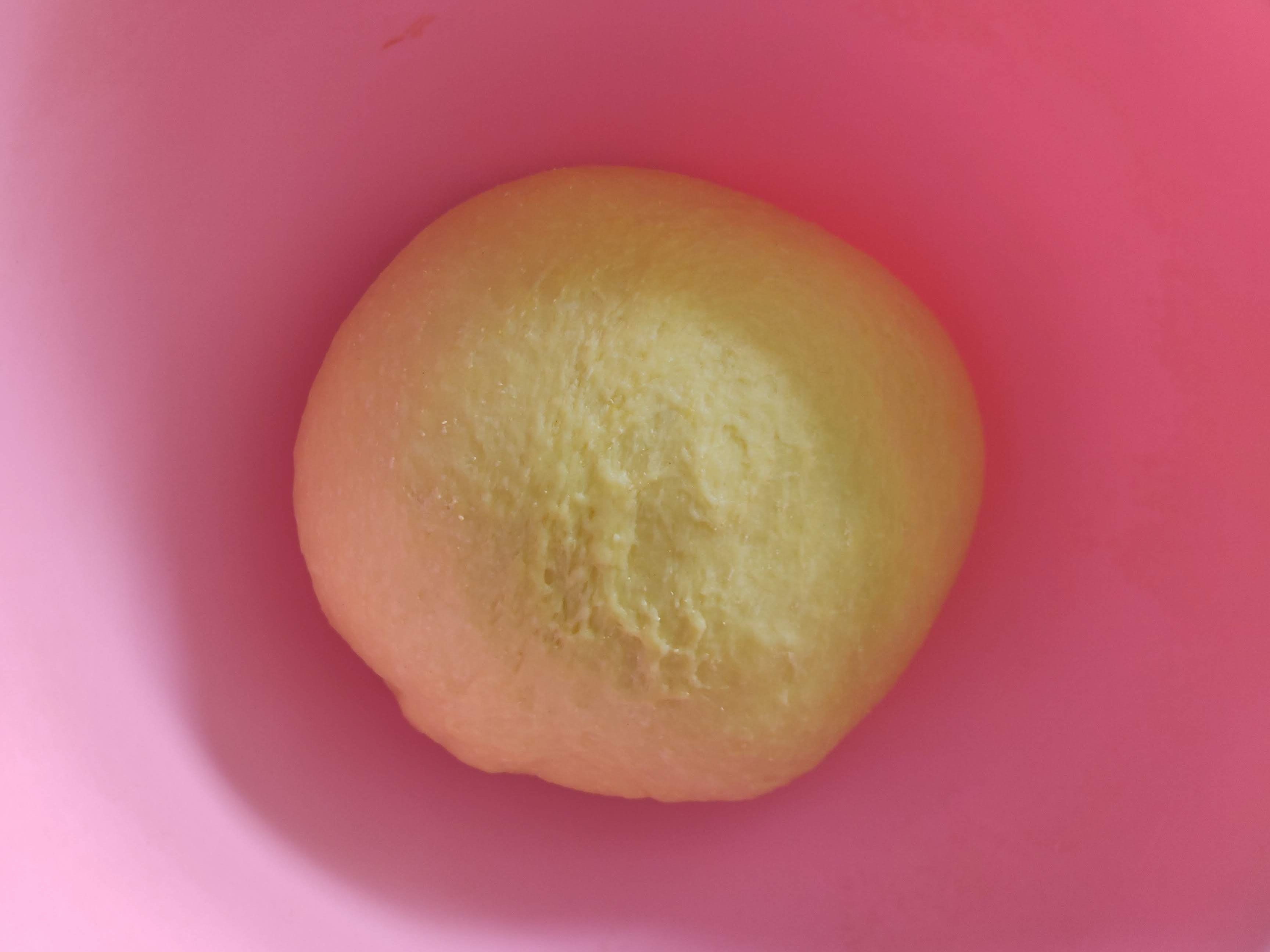 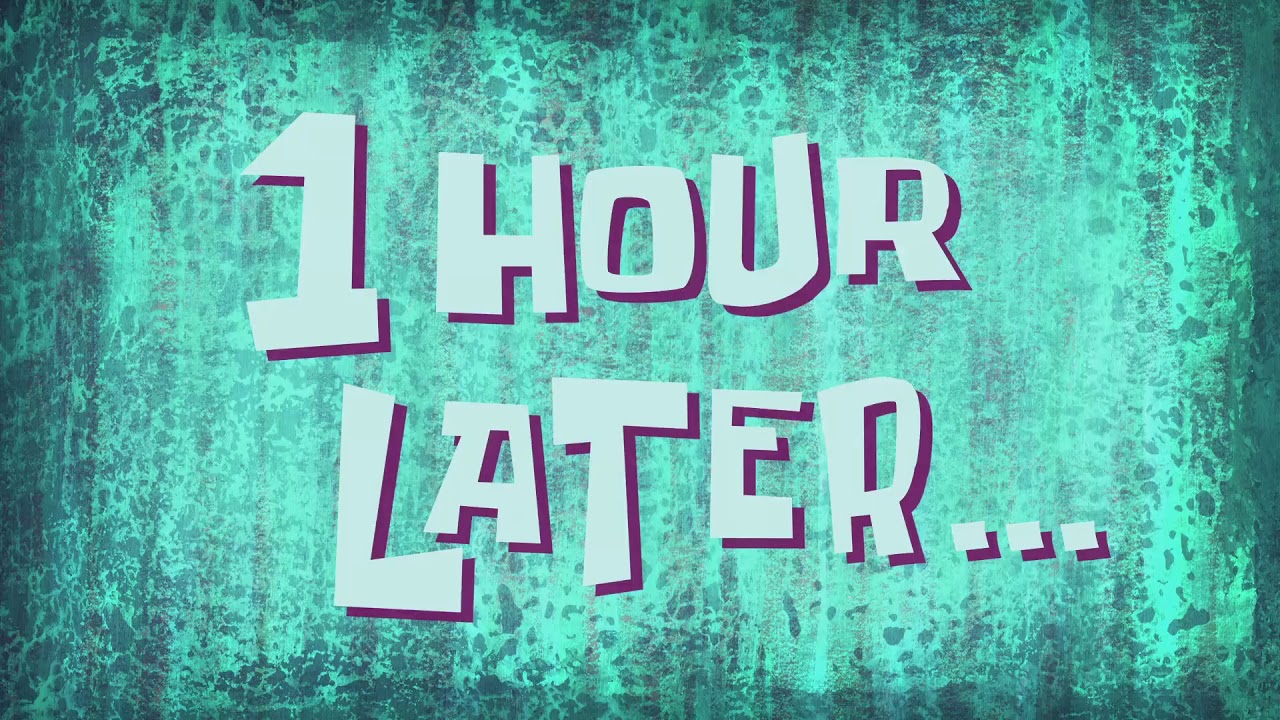 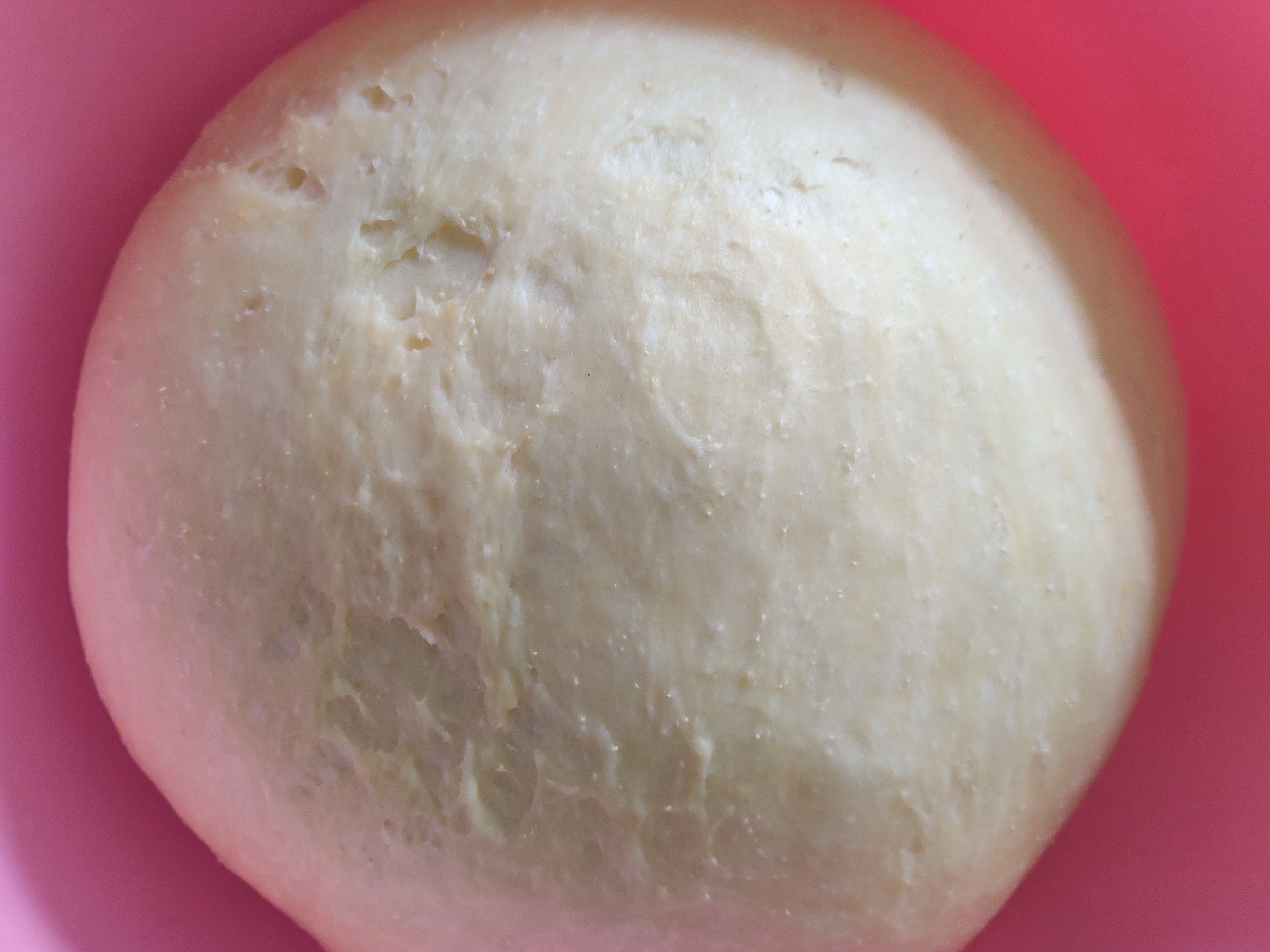 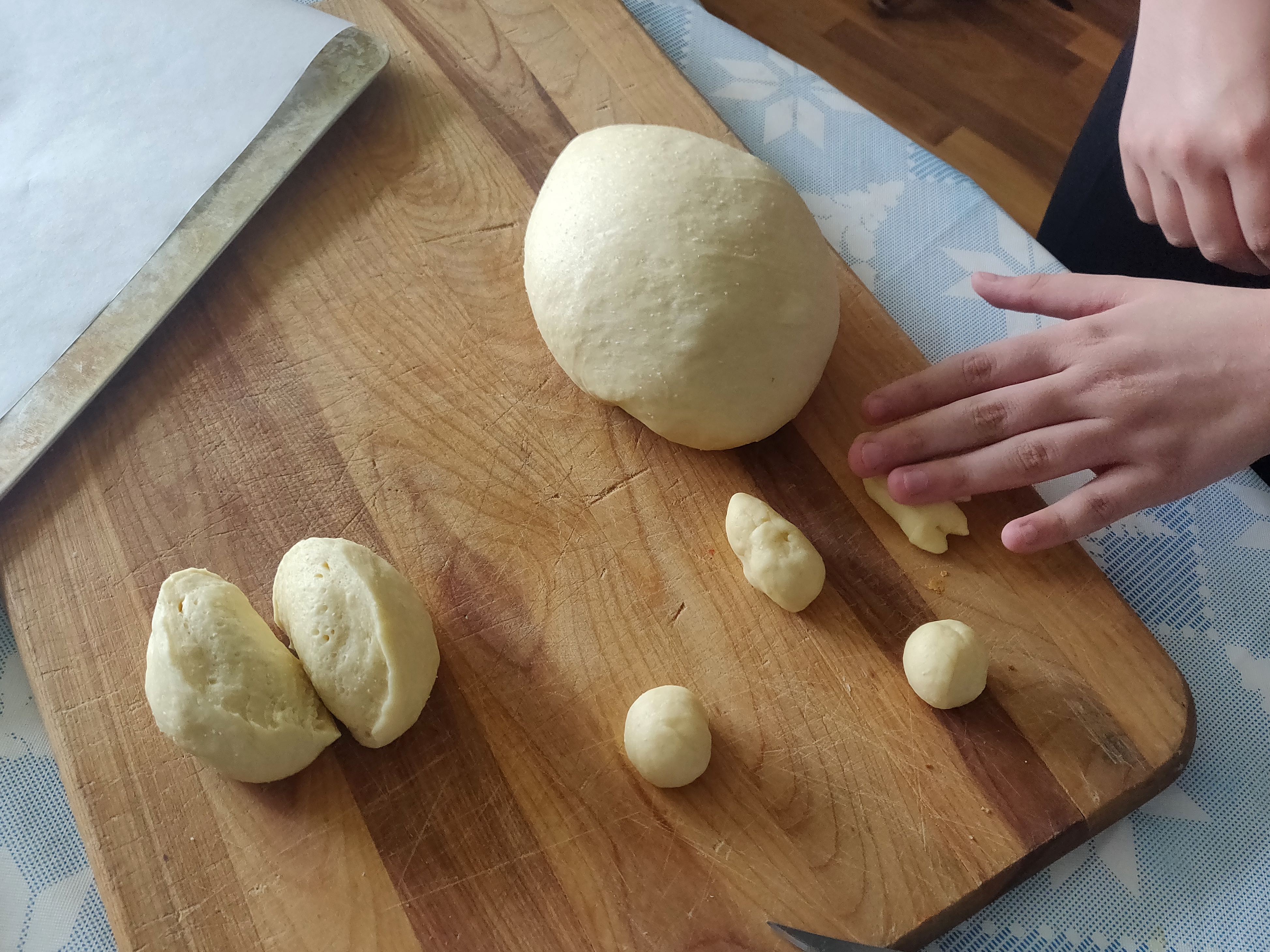 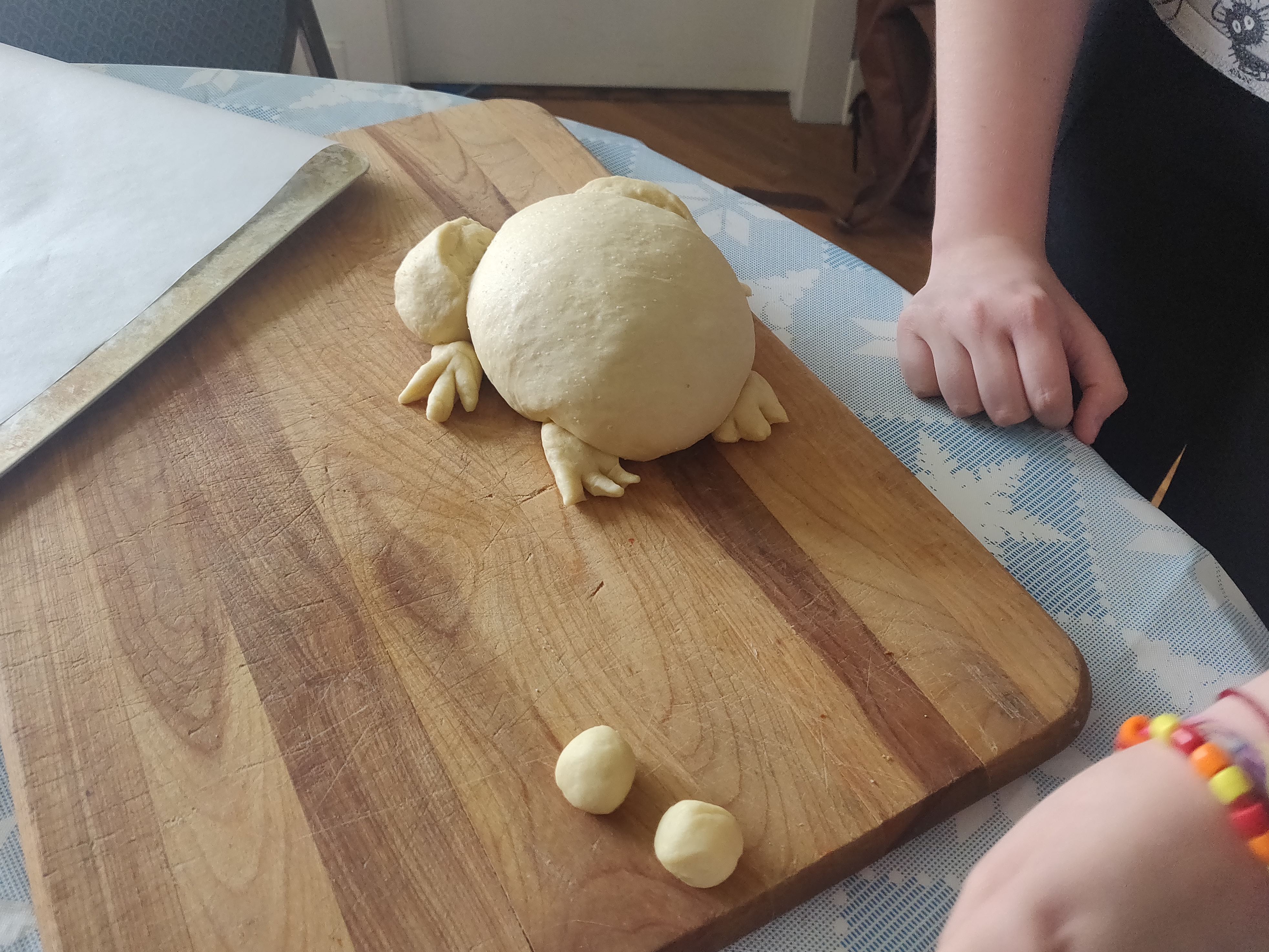 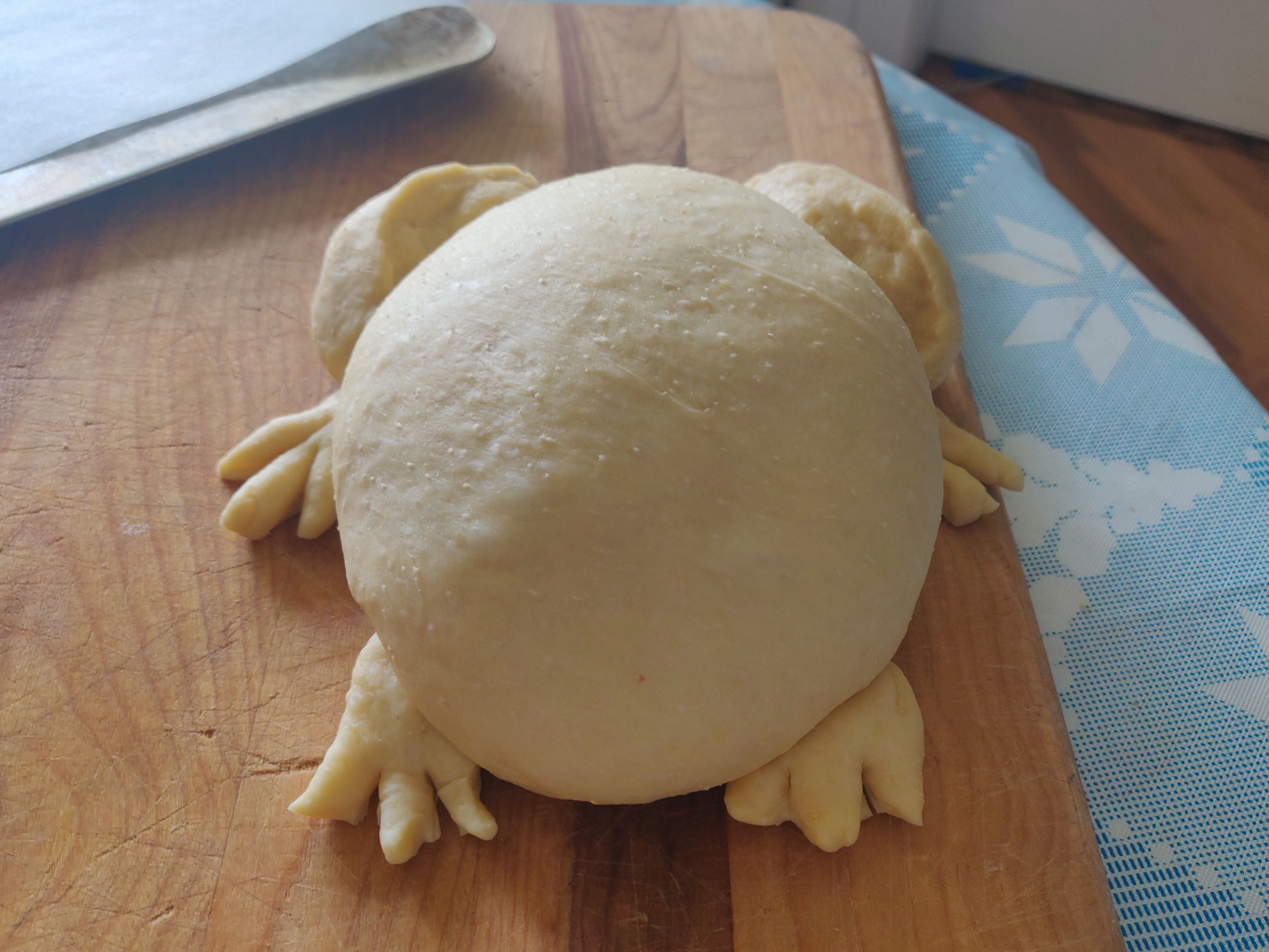 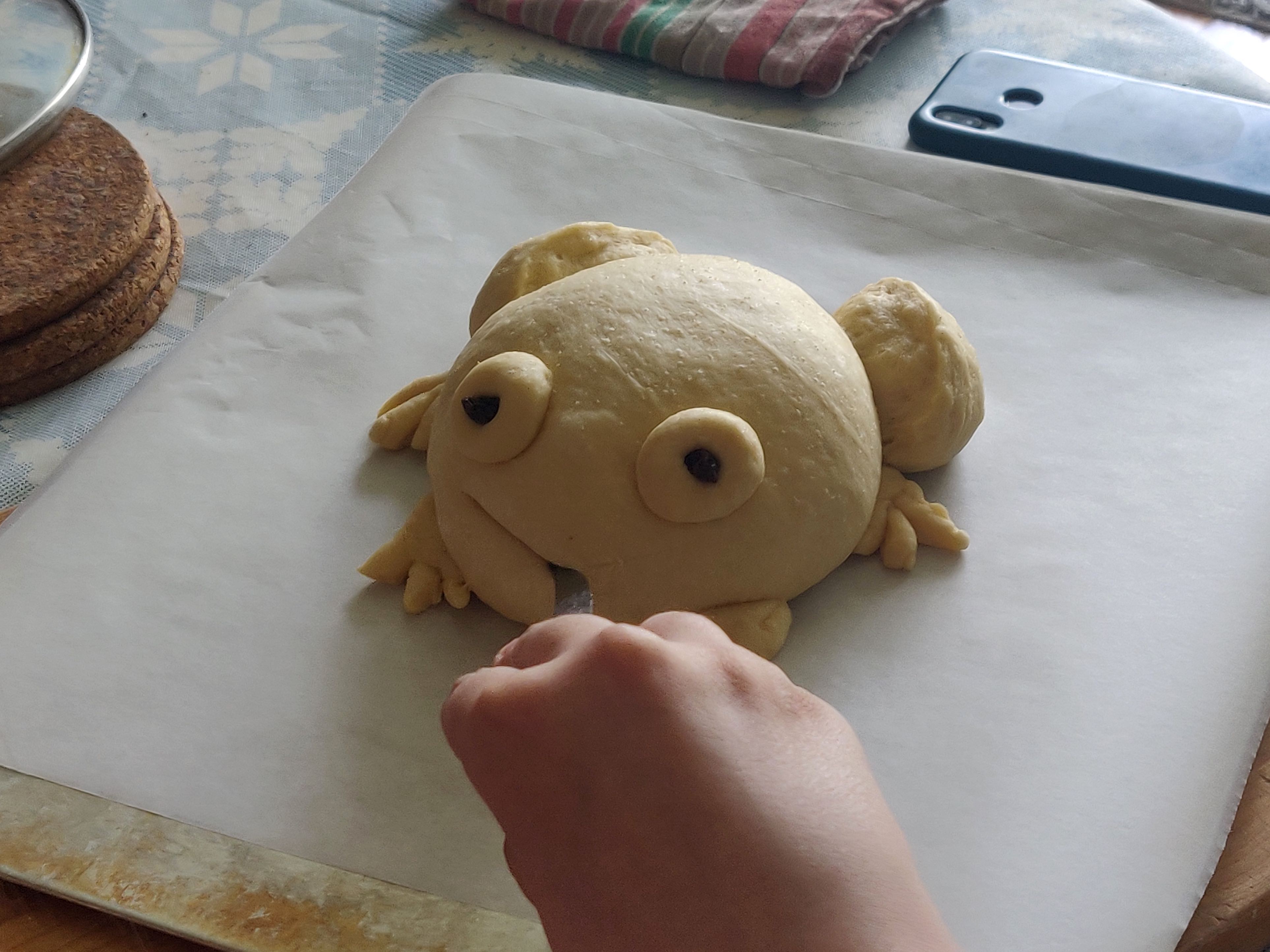 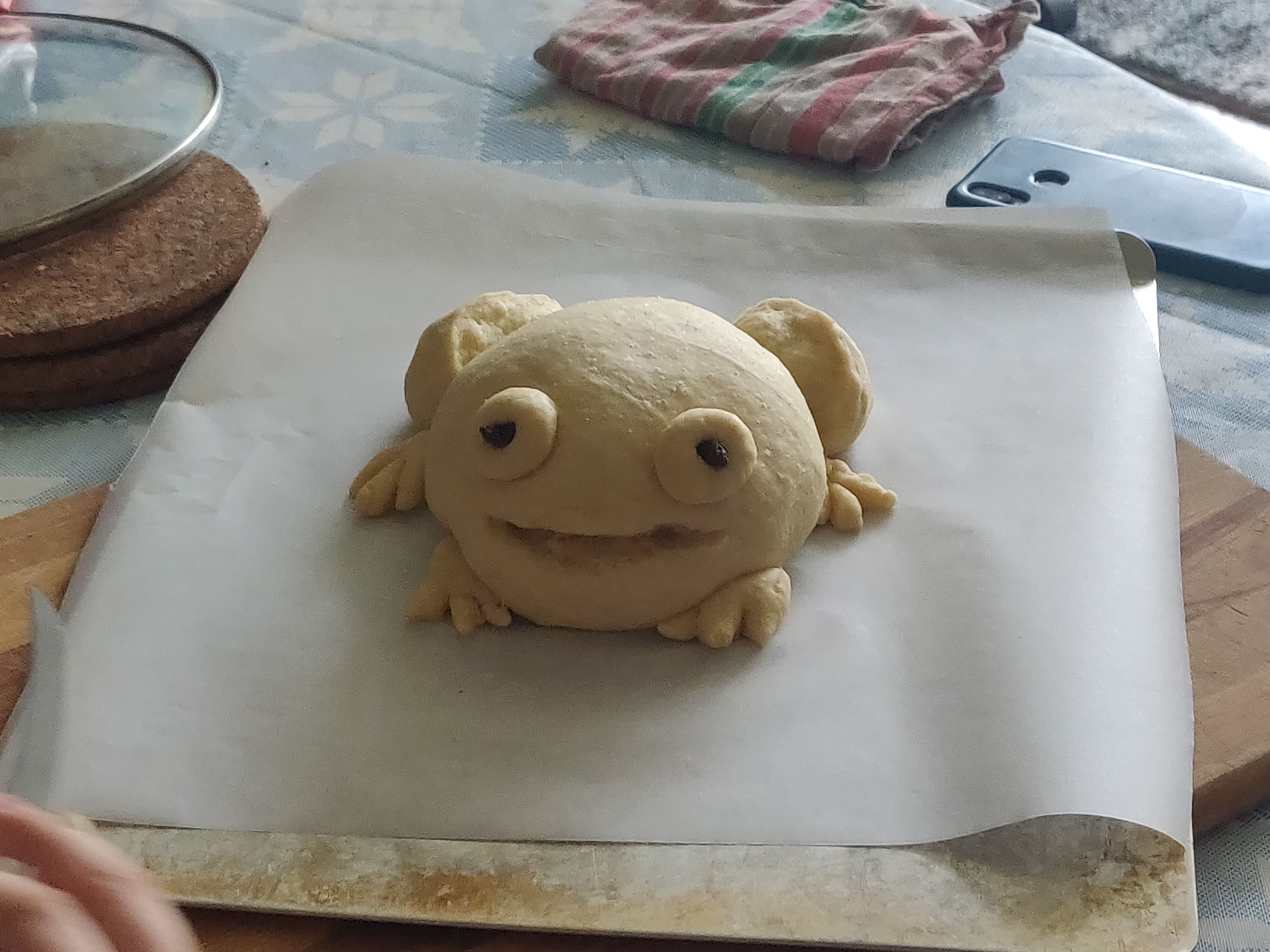 Egg wash came after 30 minutes of rising. I then gave it another 20 minutes before putting it in the oven. 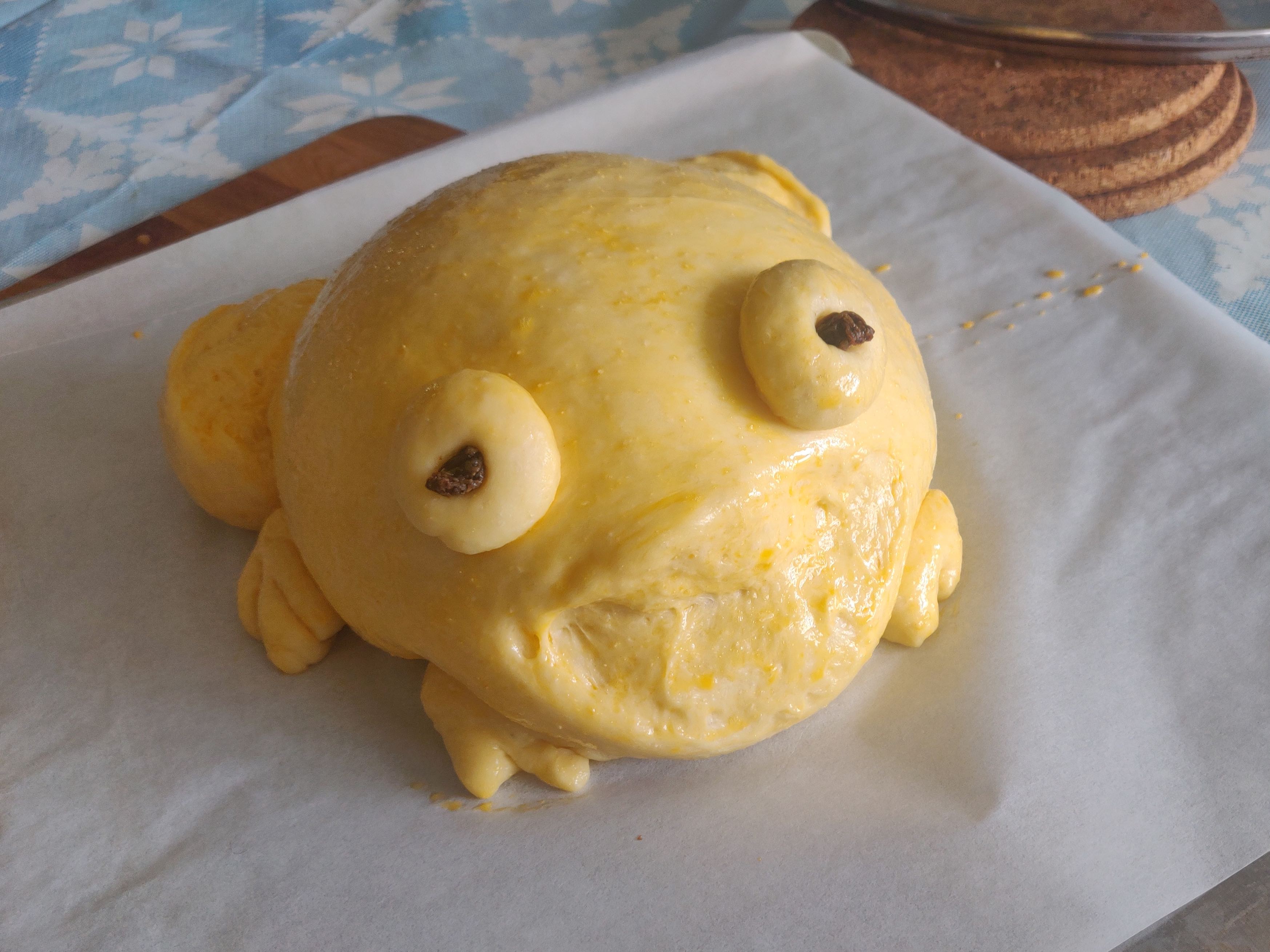 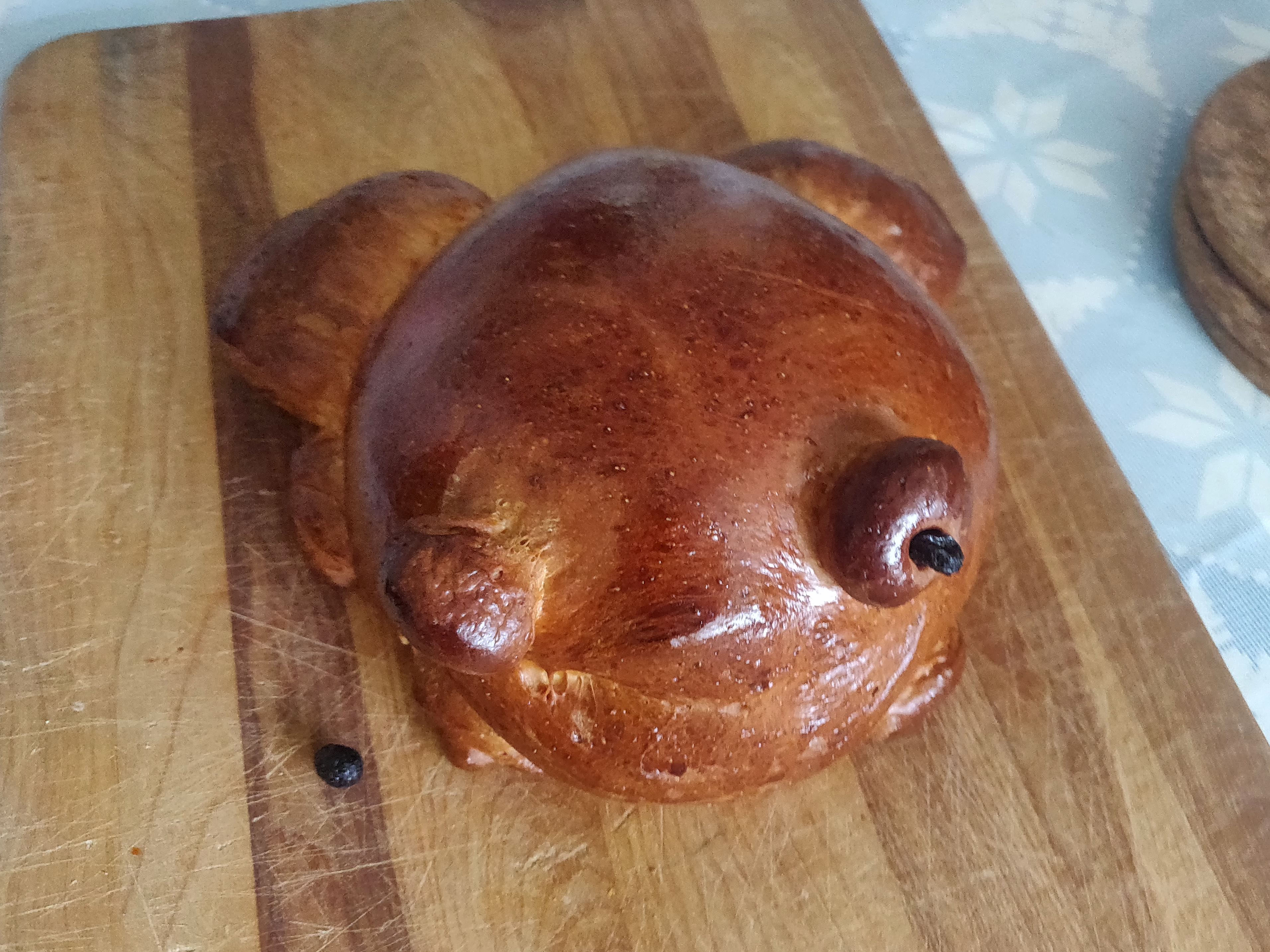 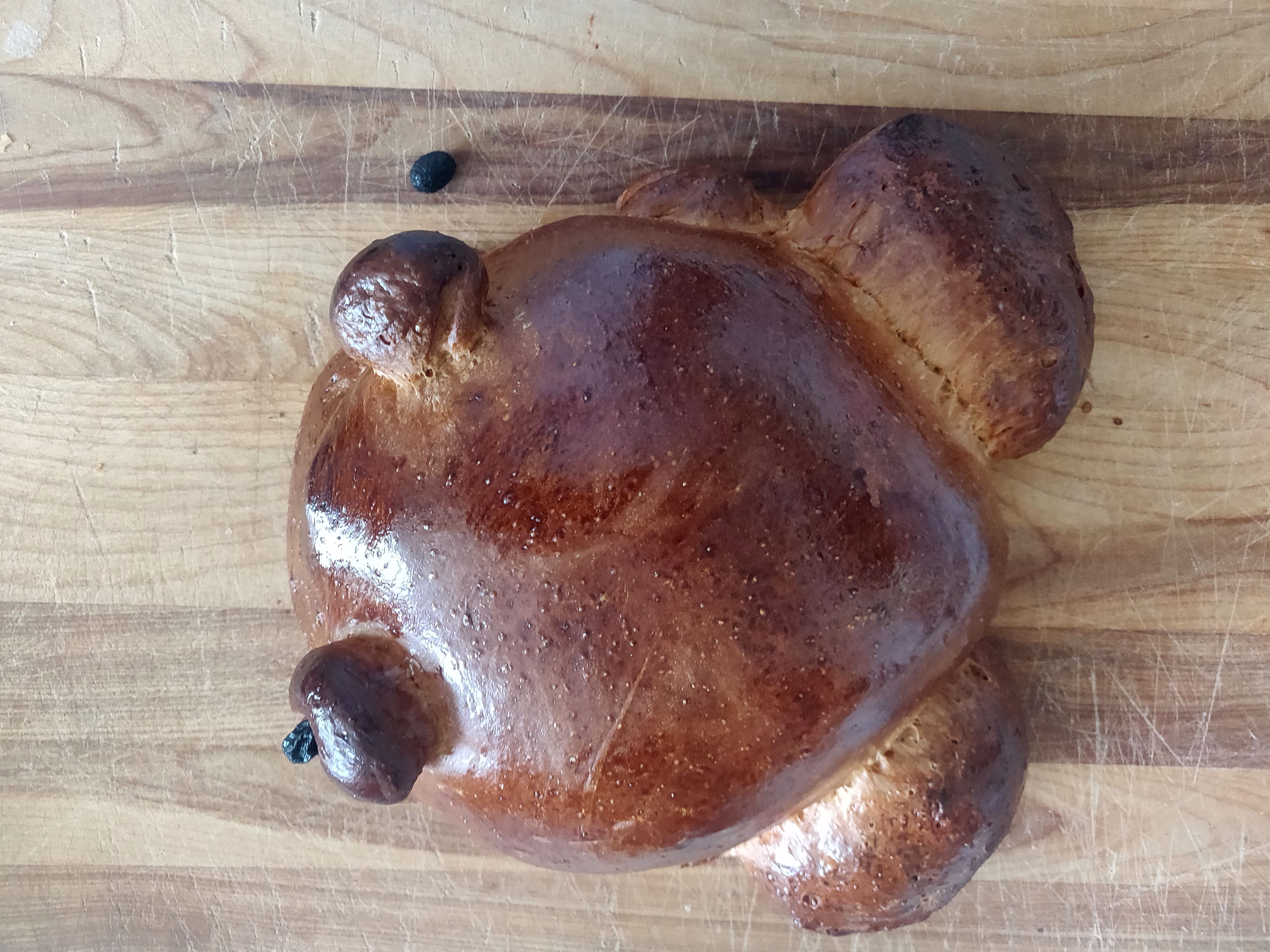 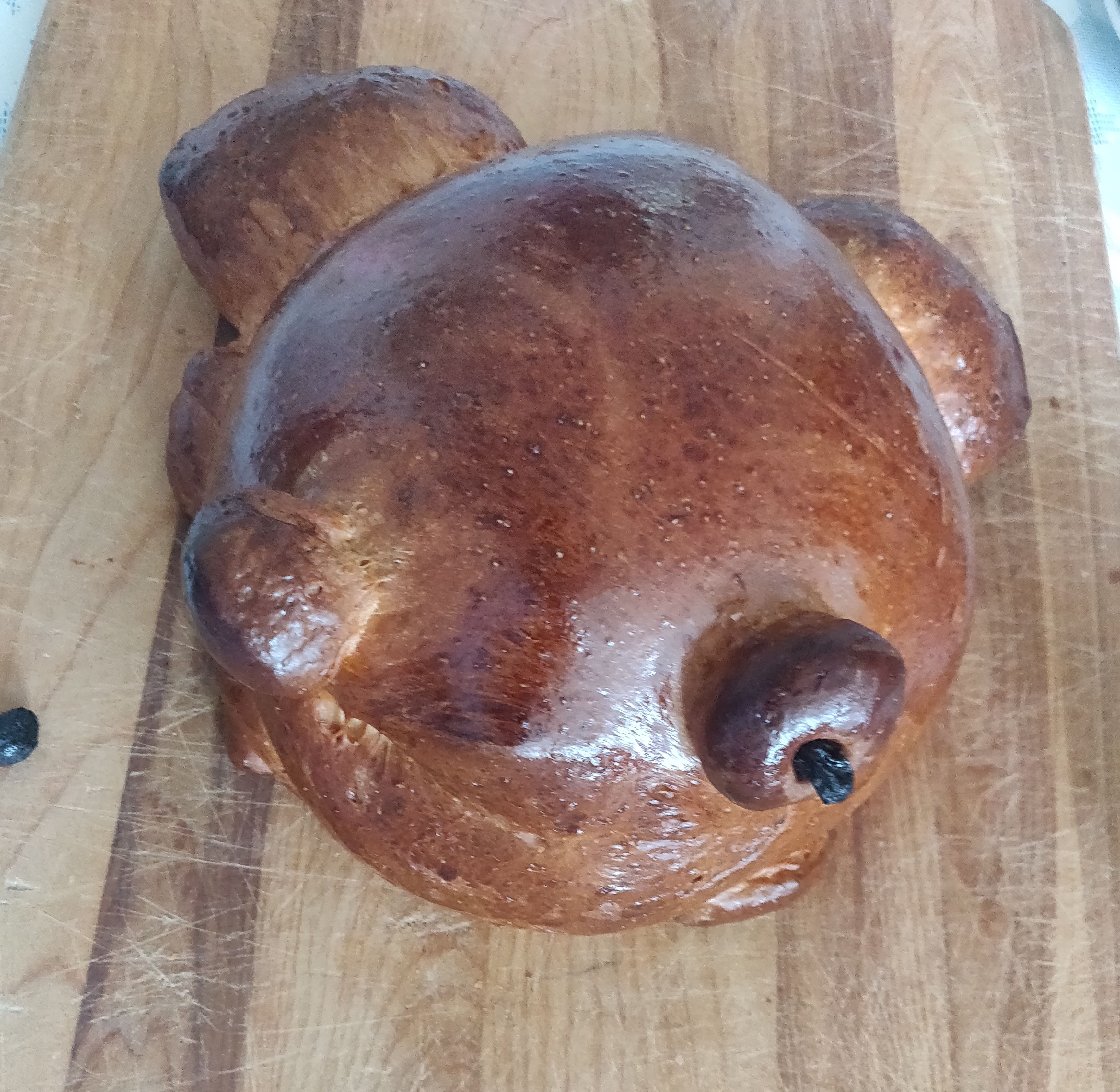 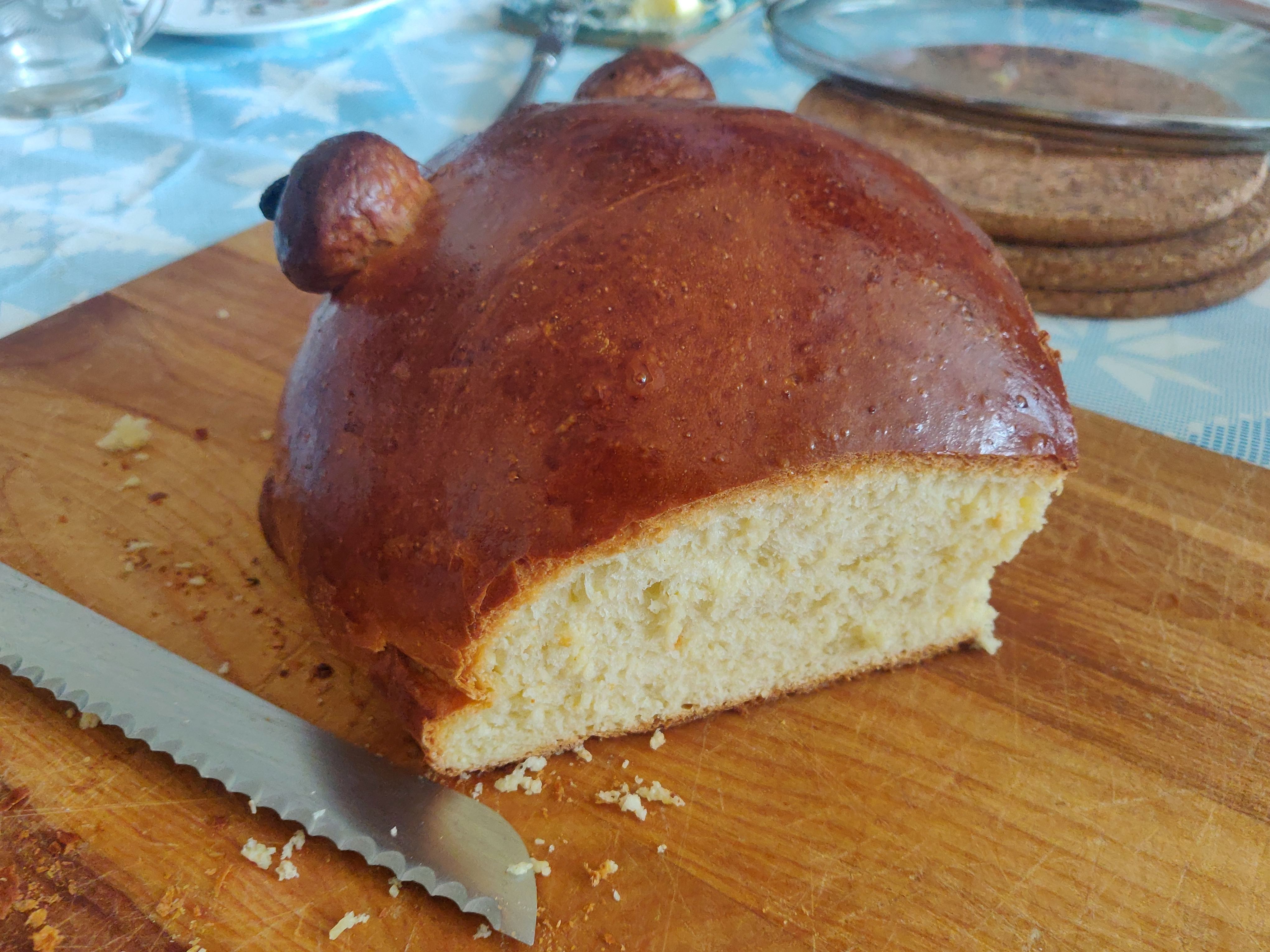 My kids are grown and out-of-state, so I'll have to make this for the kids across the street.  Their Dad suggested asked if I could go over and demo bread-making from a distance (living room adjoins the kitchen).  Somewhere in my books there are instructions for teddy bear bread (about the extent of my sculpting ability).

That is super cute Floyd.  Amazing that your old idea on this site is now a social media sensation, congrats on your success and celebrity.

I love the bread! My daughter would probably like to assist me making something like this. She loves frogs and toads.

and such a great story.  Thanks for posting.  It's nice to read happy things like this.

Maybe a little red/pink for the insides.

When I make green eggs (as in green eggs and ham),  I scramble one egg with 2 drops of green food coloring, and one drop of blue, to counter-act the yellow yolk.    I wonder if green egg wash would still have a green tint after browning.    Or maybe just paint the surface with green water, no egg.

Floyd, your story shows that one oerson can change the world!

I saw at least one person who made a greenish frog bread. It looks to me like they put green dye or something in the dough itself. Yes, I'm sure you could use different glazes or additives (basil? oregano? spinach? kale?) to make something greener. 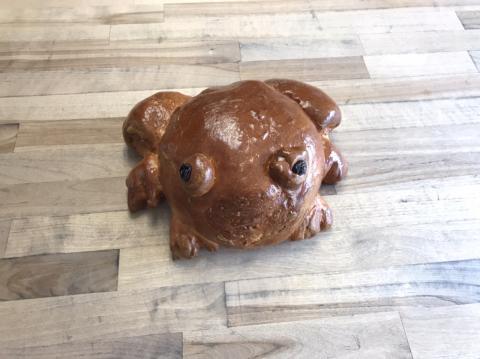 this was an inspiration for me.

Buzzfeed posted a video on Facebook about the frog bread craze. I literally get my 15 seconds of fame in it.

You are even more famous now Floyd!

Michael, was that your first frog or your. Second?

Hubby enticed into the kitchen.  "Did you bake something?"

Started out in the right direction, so darn cute!  It can't see yet.  It sort of over fermented.  I even put the eyes back on when they rolled off during proofing.  They were in the right place when going into the oven! Next time toothpicks?  ...and maybe not brioche dough.   :) 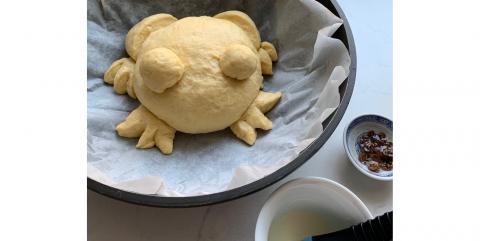 This is great!  I may need to show it to my daughter to see if she wants to give it a try.  I have been giving the kiddos a lump of dough when baking to shape however they please.  Last time she made a Mickey Mouse loaf :) 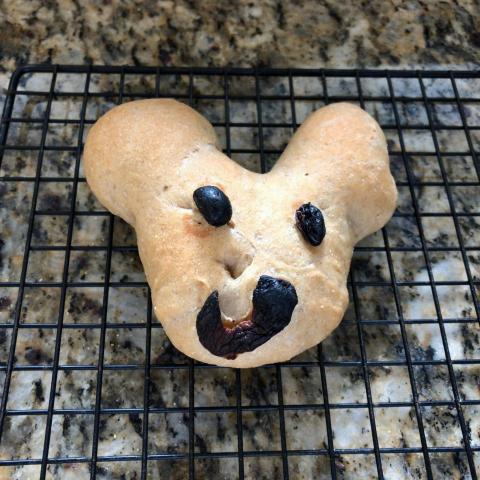 This is the cutest! I love his big grin. I made teddy bear buns one time for my kids. I had a lot of trouble keeping the raisins in place, but they were little at the time and very forgiving critics! 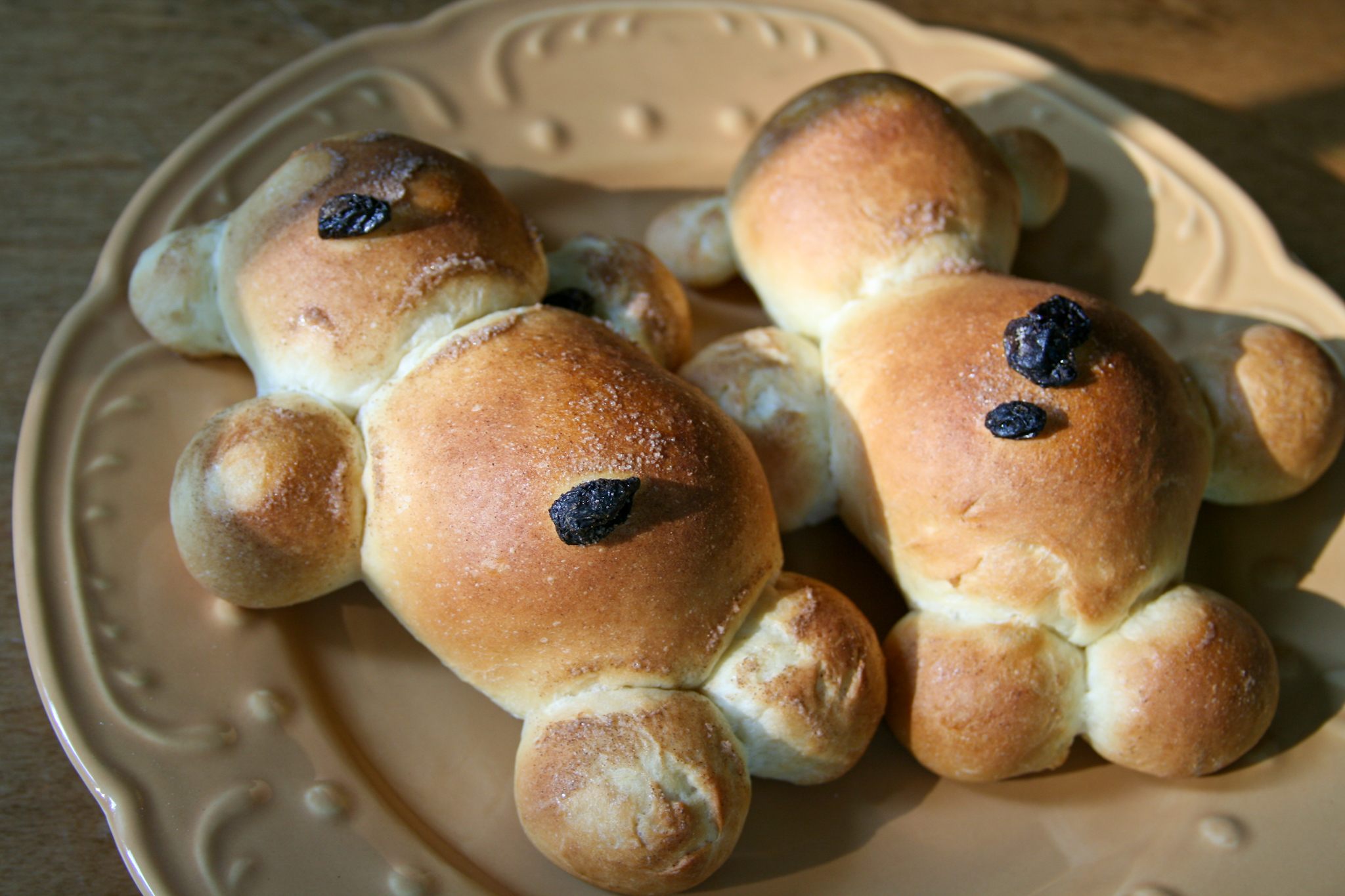 Here he is. After reading this today, I had to make one. He had a problem at the dermatologist...too much collagen in one side of his lip. :D 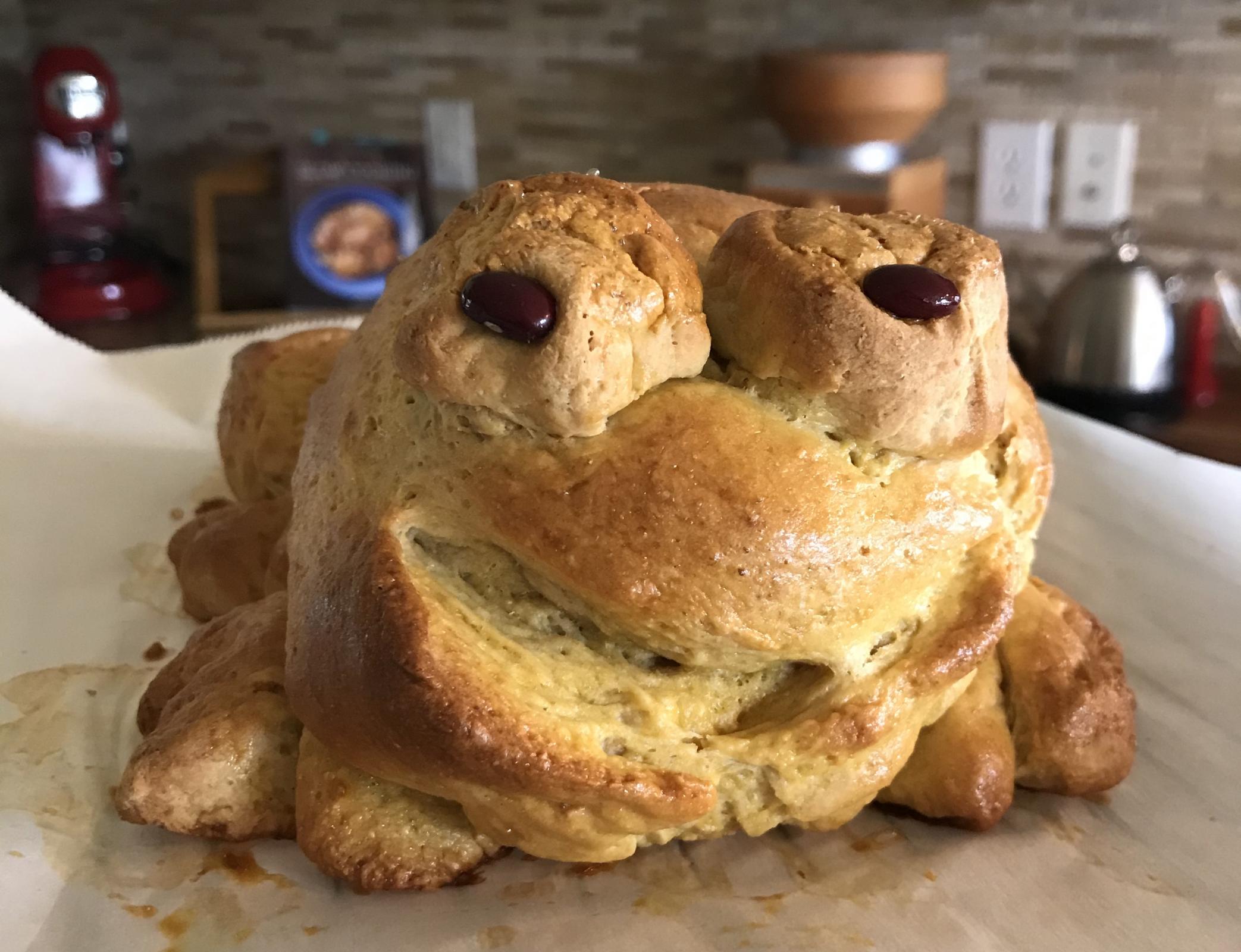 He he. Still, very cute!

Thanks so much for the recipe and inspo! I misread it the first time, resulting in some really, ahem, interesting frogs, but had more success a second time. Filled some with jam which worked out great. 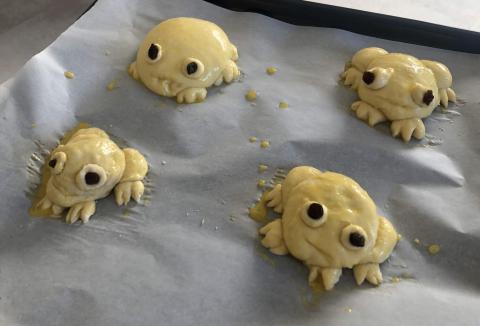 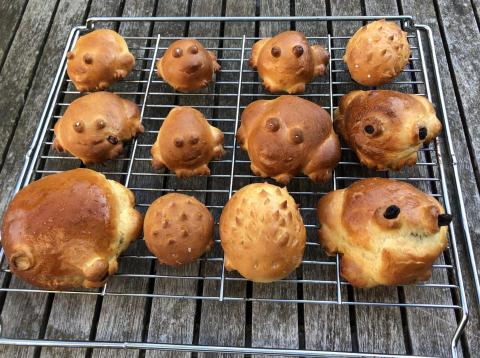 This is how mine came out! one of the eyes fell out but i put it back on with a toothpick tho 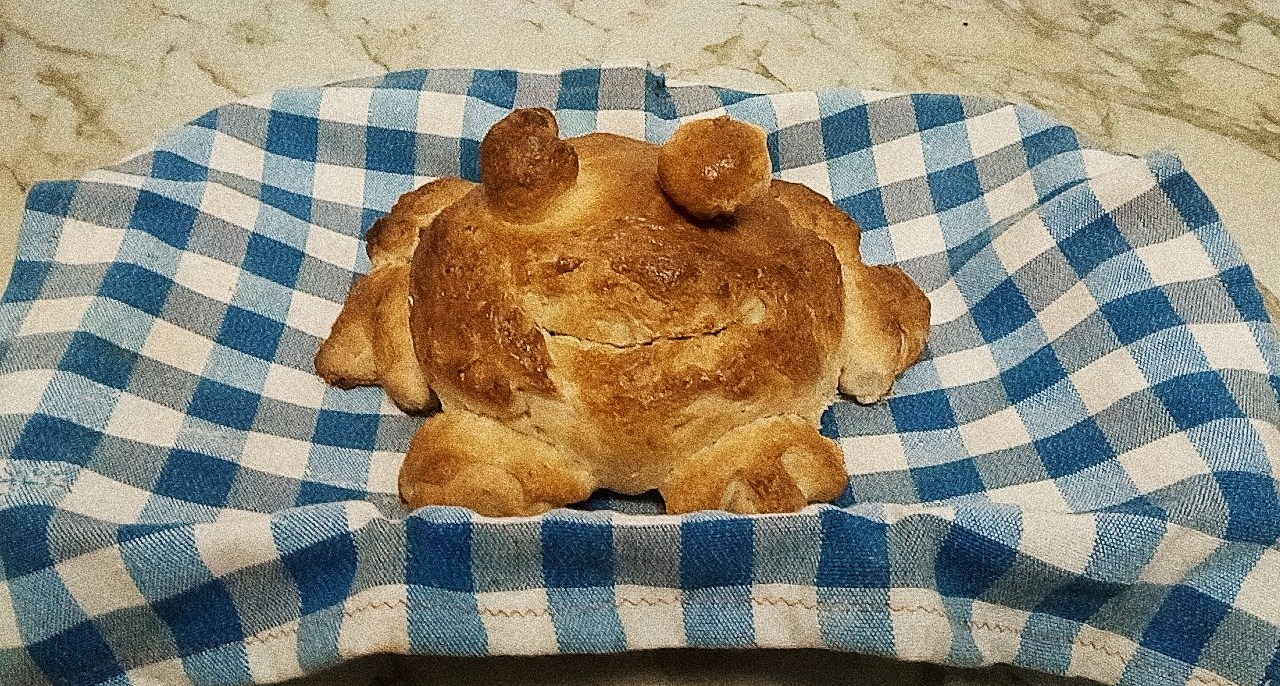 Nice creative breads, I like the idea, I will love to try this froggy bread in my ilfornino wood fired oven..