I baked my first croissants today (it was a three-day process) and they were a hilarious failure! Can someone help me figure out where I went wrong?

I do have some ideas. During the second day when I was making the folds, it was very hard to roll out my dough, but I kept going. I probably should have put the dough into the fridge to relax the gluten.

On the third day, I noticed the butter was starting to melt a little when I was shaping them. But I already cut them all out and was going to let them proof, so I didn't put them back in the fridge.

Did I also under-bake them? The top was browning a lot, so I took them out after 17 minutes in a 400F conventional oven.

Is there anything else that probably went wrong? 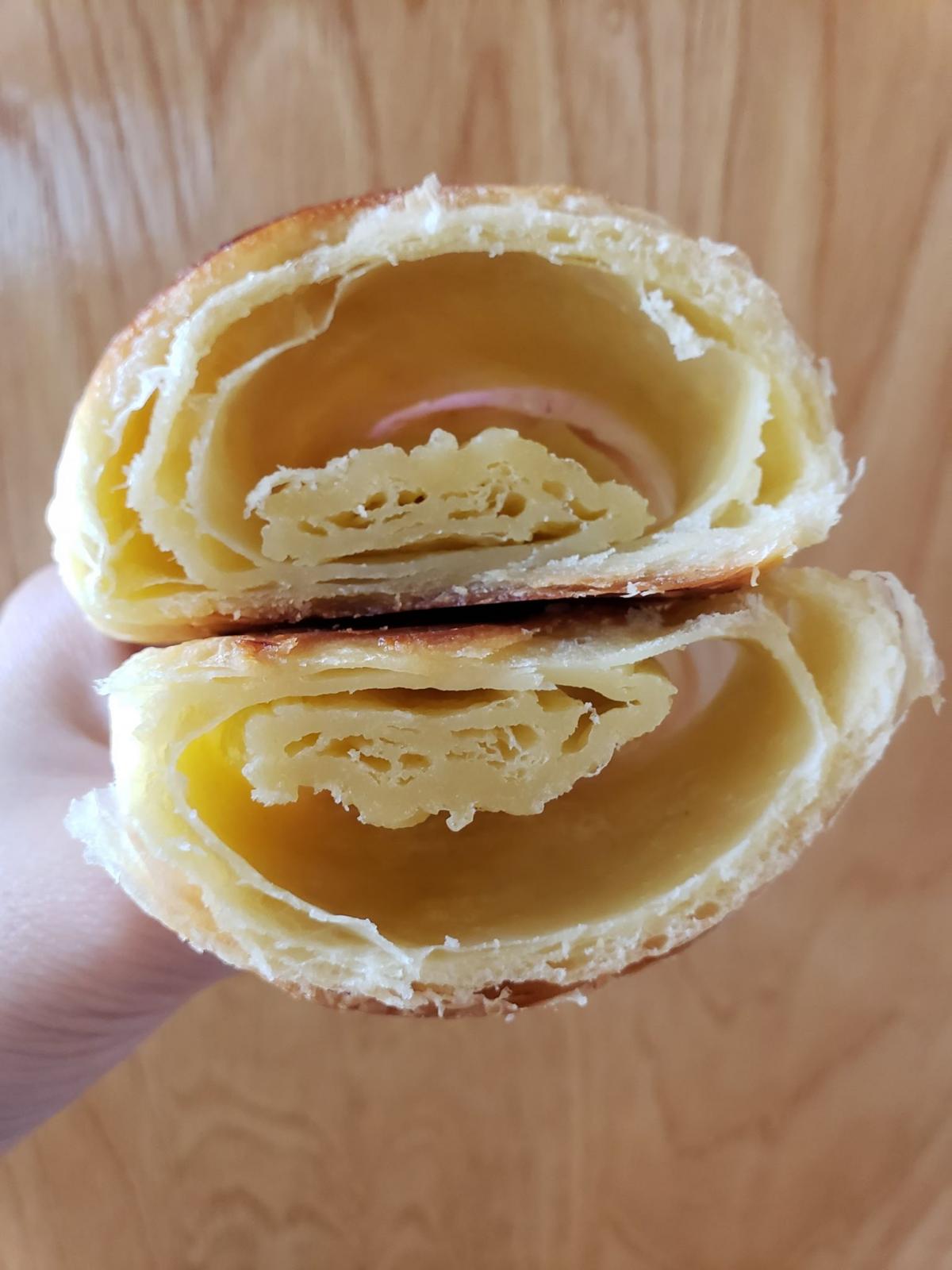 This was the recipe I used. It was a no-knead recipe. Should I try a recipe that requires kneading or a machine?

Thank you in advance!!

Give this a read. Maybe it will help. http://www.thefreshloaf.com/node/22677/poolish-croissant-pursuit-perfection

I read it and I will try this method.

If you have a baking stone etc put it in the fridge to get cold then use it as your work surface if its large enough.

Always place your butter and dough back in the fridge every 10 to 20 minutes depending on your kitchen temp. Melting butter = fail pastry!

Place clingfilm over a large baking sheet and pour melted butter into it to make a really thin layer. Pop it in the fridge.

I think my bread flour dough had developed too much gluten so it probably took waaaaay too long for me to roll out my dough. I will look into investing into a baking stone!.

Google Bruno Albouze on YouTube.  In the past 10 days he has posted two excellent croissant videos.  They both involve vigorous kneading.

Yes, your croissant looks underbaked to me.

Help: Red and Blue spots on rising dough
9 inch Round Banneton Proofing Basket
Where did I go wrong with my sourdough?
Whole Grain Wheat Starter Help
HELP! Will my dough keep overnight?
END_OF_DOCUMENT_TOKEN_TO_BE_REPLACED