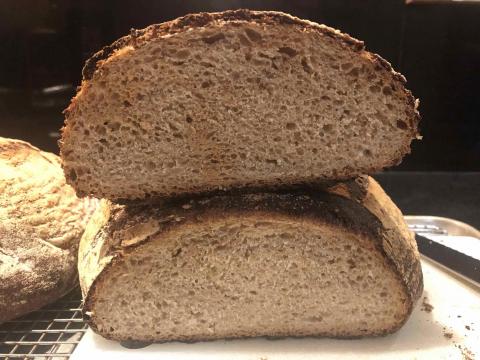 This is a follow up to a previous post asking if anyone had ever tried the Poilâne-style sourdough bread.

No one had, someone suggested I try it, and here's my results.

I've posted the full recipe from the book Poilâne.

For the most part, because this was a first attempt, I followed the recipe as closely as I could.

Because you can refer to the recipe in the pictures, I'll just mention how I varied from the recipe and some other details.

Non-fat Greek yogurt (all that was available at the time!).

The final mix weighed 2103g and was to be baked in a 12" cast iron pot. I only have 8 quart dutch ovens, so I divided the dough into two loaves and put them into floured baskets. I'm awaiting linen liners, so I had to skip those too.

As you can see, the bread has fairly tight crumb. Somewhere in the book she mentions that their style produces tighter crumb than one usually expects.

Taste was good, but not that 'sourdoughish'.

Would I try this again?

Yes, but here's what I'd change. It was a fun exercise making a dough that needed to be kneaded (and who says English isn't a difficult language to learn?!) and a departure from the regular bread-baking routine.

Kick up the hydration. I'm in Colorado, and our ingredients are very dry, because of the low relative humidity, particularly in the winter. The starter's hydration (ignoring the yogurt) is about 76% and the dough is about 65%. I'd kick up the dough to about 70% next time.

For the first rise, I'd lightly grease the bowl with olive oil. The dough was sticky and a bit difficult to cleanly get out of the bowl.

I might also add a bit of time (judging at the time on the condition of the rise) for the second rise.

After another try with the standard ingredients, I may also make it using home-milled whole wheat flour.

I'd appreciate any comments, suggestions or criticisms. 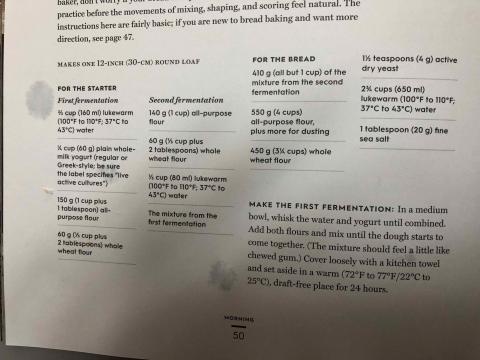 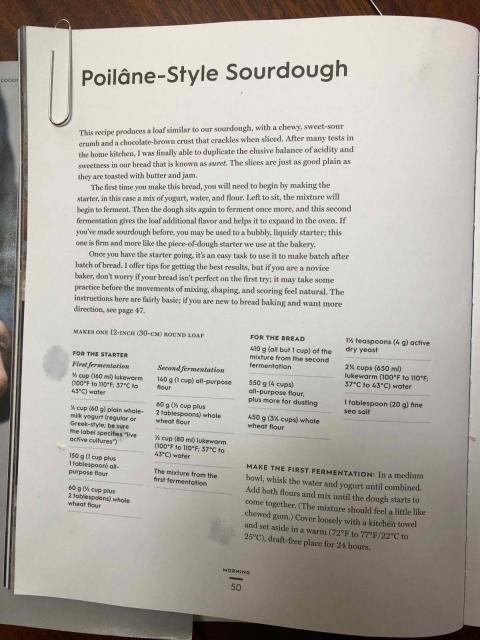 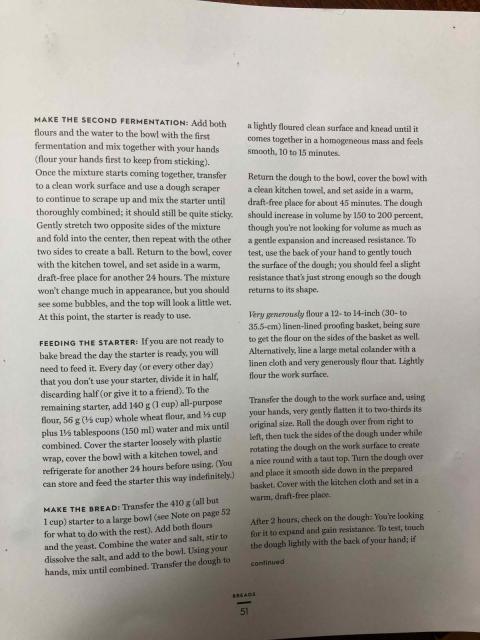 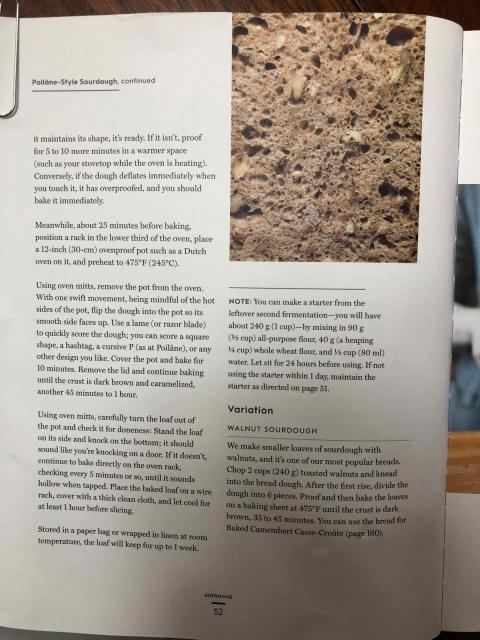 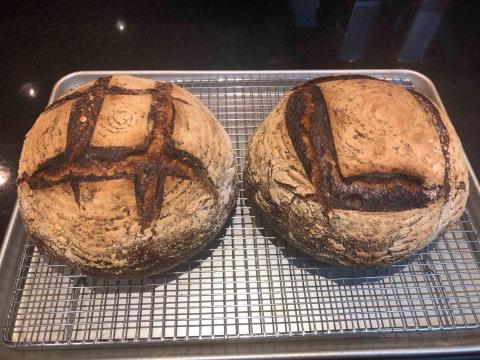 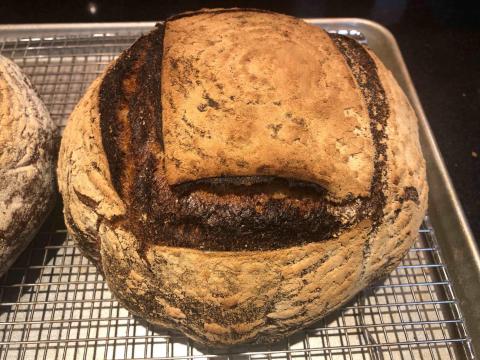 I knew yogurt has LAB, but does it have wild yeast?  Or is this a "LAB only" "starter"?

I see the active dry yeast for the final dough in the  recipe.  But that doesn't seem enough to raise that much dough so quickly, so I suspect it is just for speed.

It looks like you got excellent vertical rise.  What is the diameter of those loaves?

It must only be a LAB-only starter.

I didn't expose the Cambro to the open air as one normally would when starting a starter.

At the :10 mark when baking, when the recipe calls for uncovering the dutch oven, the loaf had achieved all or nearly all of its height.

How does this compare to Reinhart's Poilane style Miche? I don't have my BBA with me right now so I can't compare the recipe.  Looks like a similar turn out thought I don't think Reinhart's had yogurt in it.  Looks tasty.