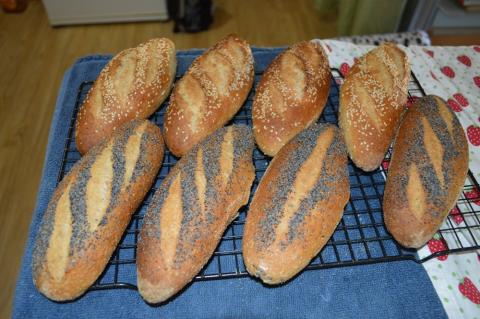 This dough was made using some sour dough starter straight from the fridge mixed with the wholemeal flour and all the water and allowed to stand overnight in the morning the rest of the flour salt malt olive oil salt and dried yeast were added and mixed by hand on the bench. It had a 2 hour bulk fermentation period was taken bench rested and then shaped. The dough pieces were weighed off at 160g each, unfortunately i wasn't able to find my fluted baking sheet so placed the dough pieces onto a couch to proof . From there the loaves were then transferred onto two flat baking sheets washed and seeded and scored and placed into a very hot gas oven with a steam tray on the bottom. This was removed after 10 minutes and the temperature was dialed back and the trays swapped places in the oven, after a further 10 minutes the heat was turned off and the door of the oven was left open for another 5 minutes to get a drier crust.

The main idea is pre fermenting half the flour in an effort to get some more complex flavour into the bread with the extended over night time but with the convenience of having a bread that will be more predictable and easily controlled time wise by using dried yeast as well. 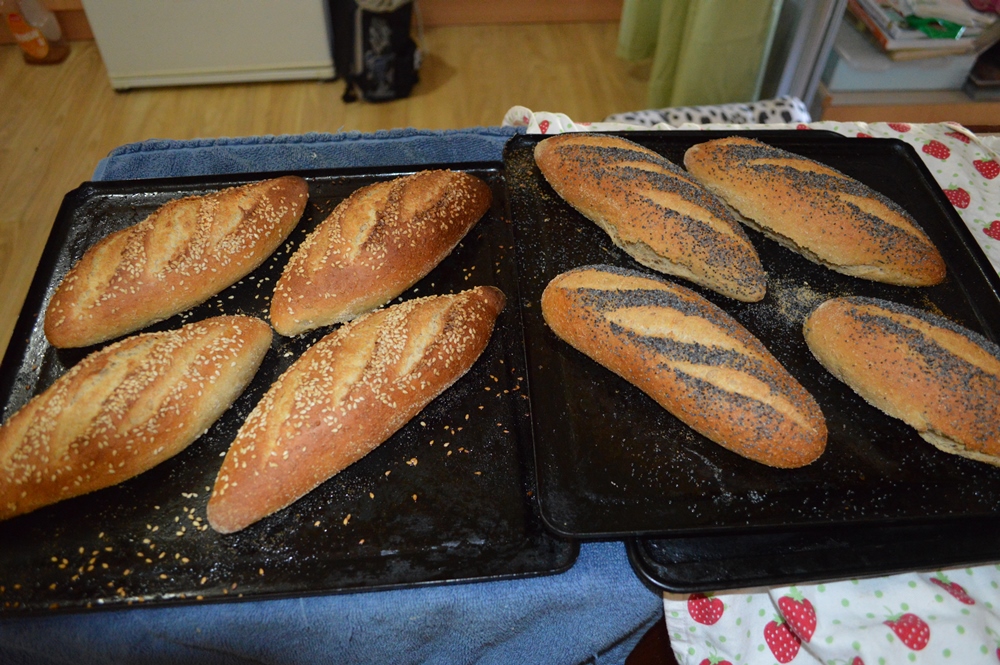 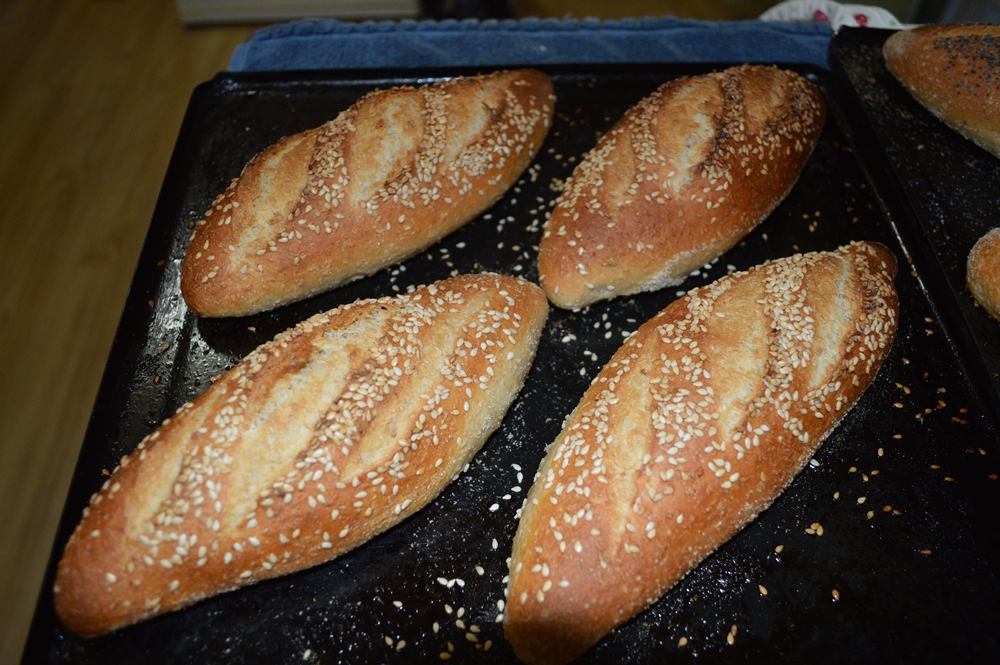 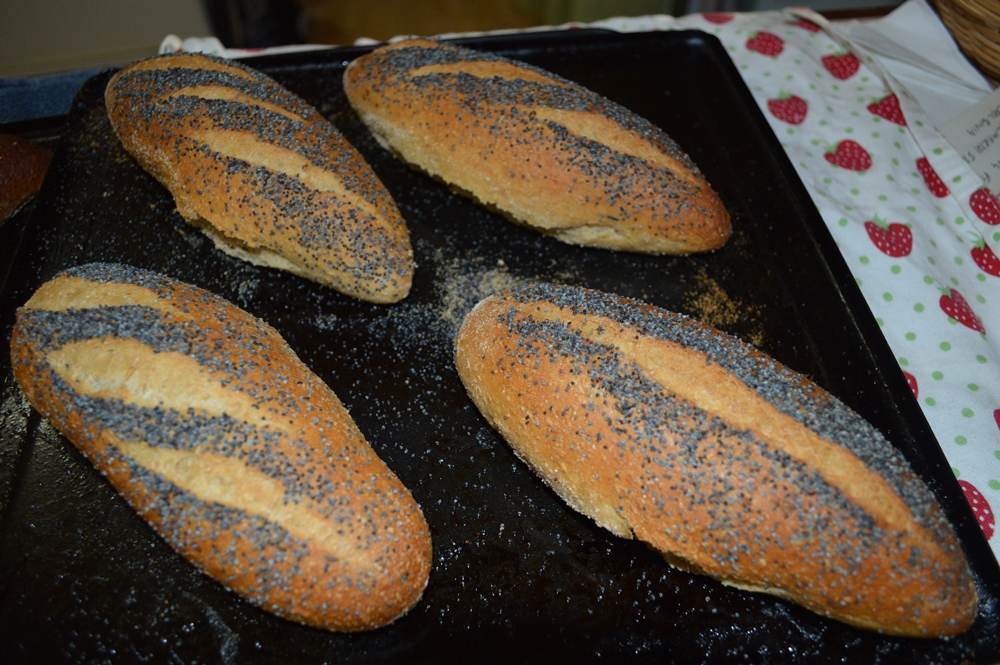 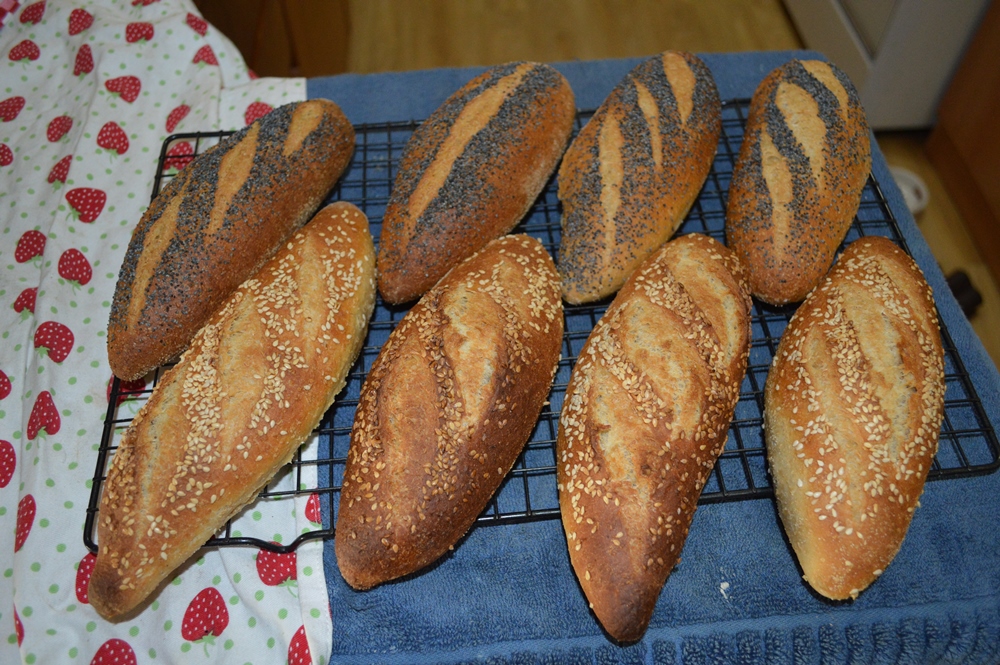