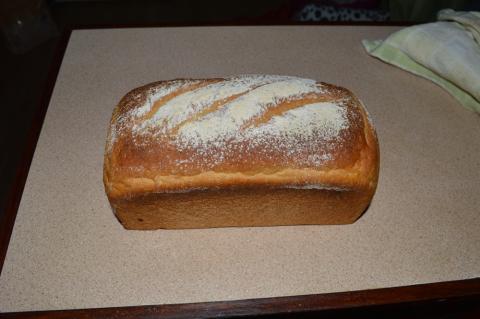 Recently been corresponding with Katy 'Bakingbad' and the subject of Pate Fermentee was explored especially as a possible way of getting a stronger sour into S/D. As most of you are aware its a French term for adding old dough to a new mix.  It got me thinking about something i spotted years ago in a local West Australian bakery when i was chatting to the owner during his weighing up for his production. I recognised the different things that he was scooping up from under the counter bins  except one so took a closer look, he smiled and said its "bread crumbs". Apparently its used in a number of his Italian style breads claims it adds flavour, texture colour and value. The bread is day old bread that is processed into crumbs that he also sells, the bread goes through a hammer mill and the crumbs spread out on shallow trays that go into the cooling ovens at the end of the day to dehydrate. Anyway i have never tried this myself but decided now was the time, i had a quarter of a potato rosemarie and black sesame loaf left from a previous bake so put that to good use and turned it into crumbs 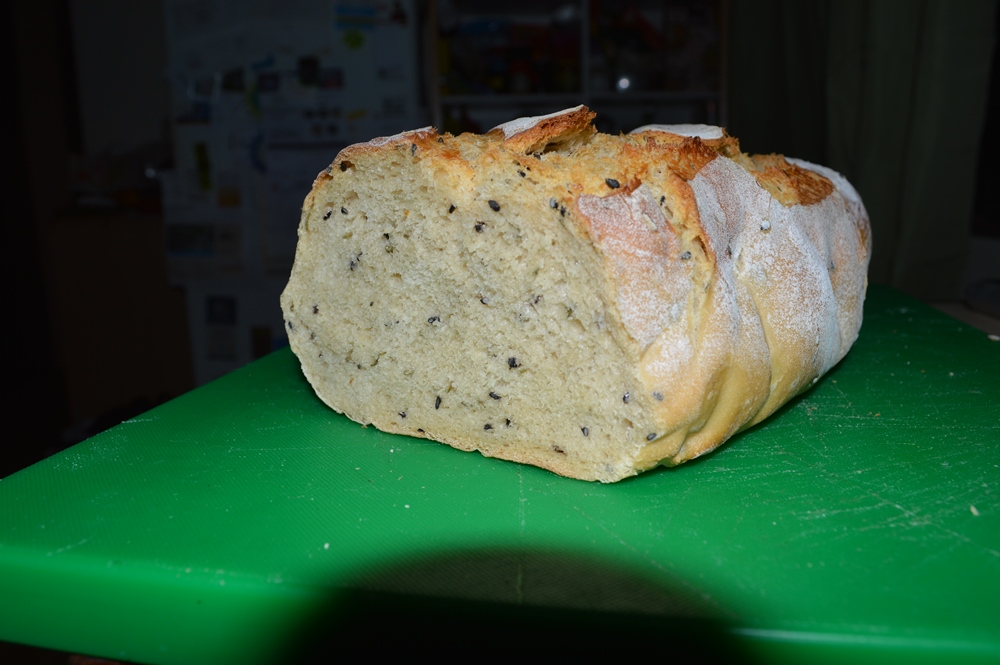 I quickly formulated a dough that would use bread crumbs at 10% and a total dough weight of 750g to fit into the sandwhich loaf tin i have, i also was using fresh compressed yeast. The dough mixed up well by hand on the bench. It was given a bulk proof   knocked back  rested for 15 minutes shaped placed in the tin. i slid the lid on whilst it proved  checking its progress along the way  i decided to bake without the lid on  as i've not done this dough before and i would be able to get a better look at its spring . 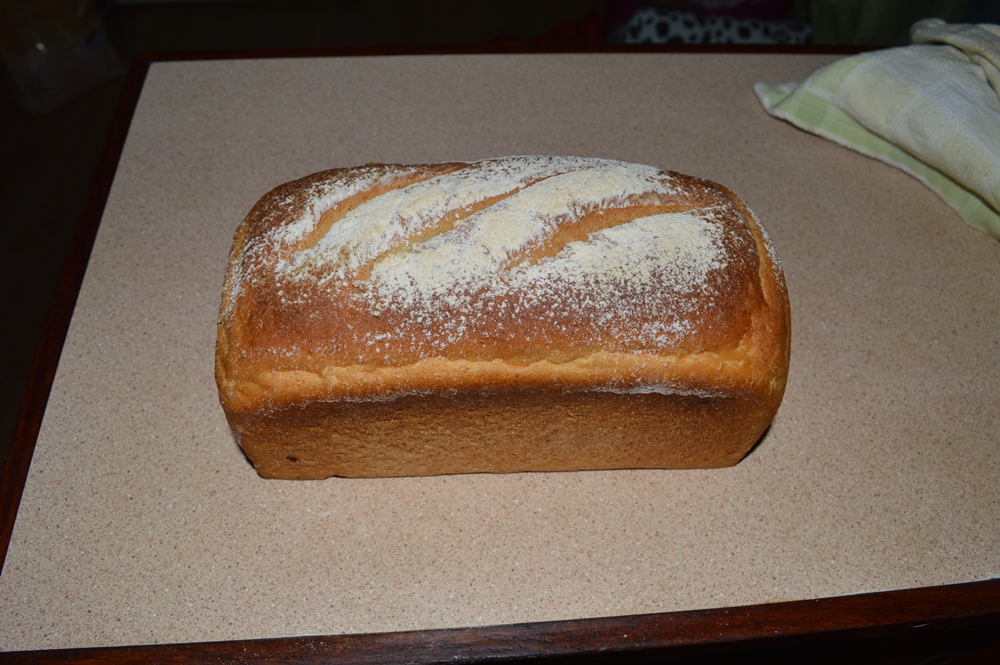 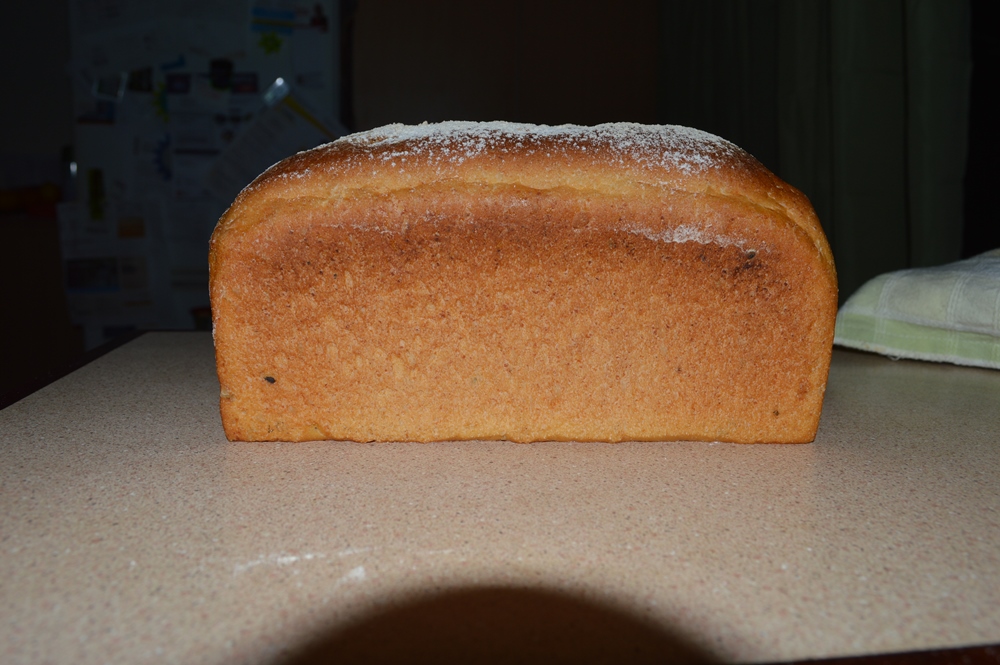 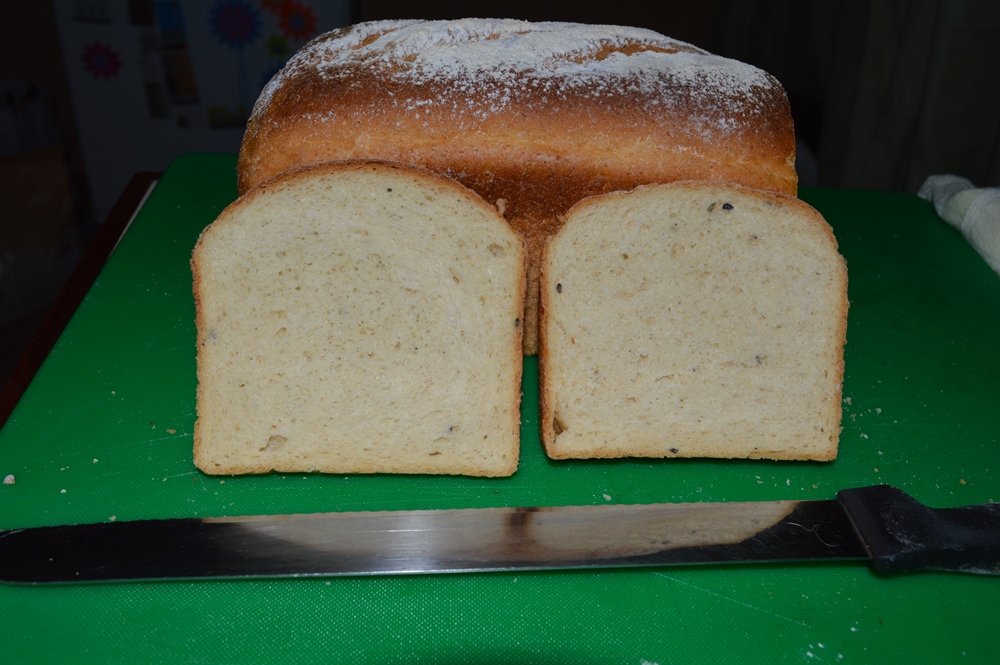 So there we have it  a nice fine soft crumb that is often sought for sandwich breads, i think that the lovely aroma from the potato / rosemarie has carried through  in this, and its made wonderful thin cut toast. you can still see the odd black sesame seed from the original loaf.

I have used old bread in rye bread bakes before but that was stale bread soaked in water and then added.  Interesting use of bread crumbs and something to add to the must try list.