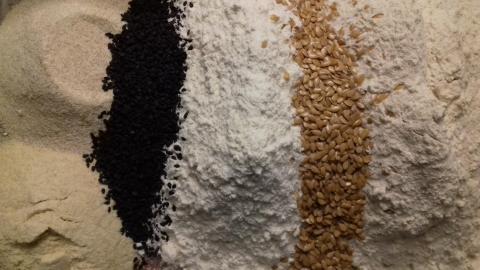 …or: how many variables can we change at once?

A few things have caught my attention in the last week or so:

So, where to start? Maybe with the levain. This do-nothing bread usually calls for 10-20g of starter, depending on ambient temps. Up until this week, I would obediently mix up a fresh batch, but always felt silly about just making 20g of the stuff, so always made about 150g, using the extra 130g for my yogurt cake. Because of Caroline's experiments, I decided to try using 23g of starter straight from the fridge (the extra three grams was for the porridge).

Caroline mentioned a double-boiler for the oat porridge, and all of a sudden I had this flash of a childhood memory of a lovely hotel cook stirring the stuff over a double boiler. So cooked 50g of whole oat flakes in 100g of water that way. I didn't get any sticking, but I didn't get creamy, either.

While the oats were cooling, I opened the cupboard and measured out the various flours. I didn't sift, but gave everything a good whisking with salt and seeds.Since I didn't know the protein content of the T80 flour, I only used 200g of that with 200g of T65 bread flour (12% protein). The fine-grind whole semolina was 12;4% protein, and the T110 was another unknown quantity. (In the lead photo, clockwise from bottom left: semolina, T110, black sesame seeds, T65, flax seeds, T80.)

I either forgot that I wanted to try something other than water, or decided that I'd already thrown too many unknowns together, so used just room-temperature water.

In the end, this is what got tossed together: 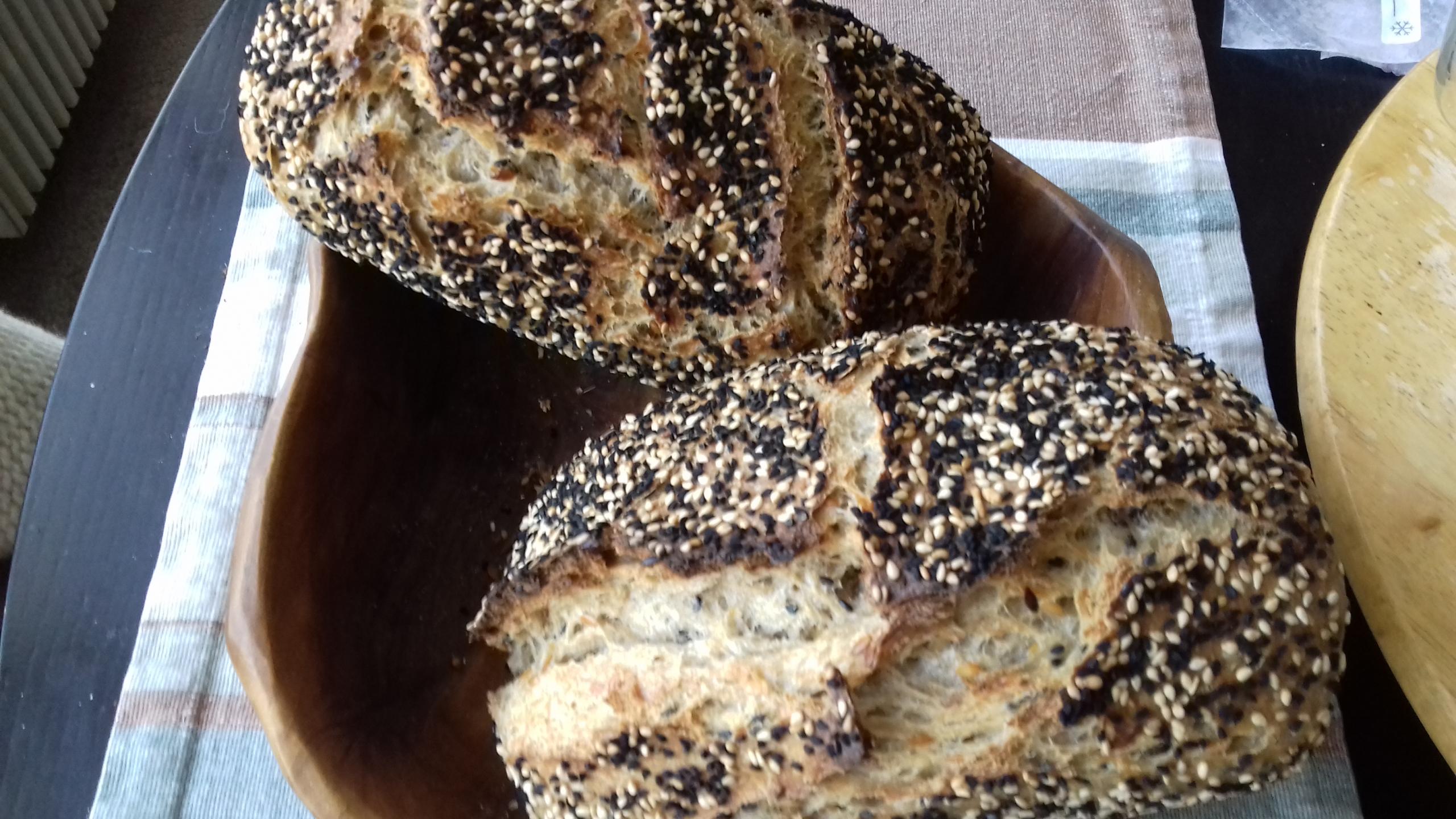 It occured to me after I removed the loaves from the oven that Caroline also uses her yeast water, which is something I need to get back to. I'm wondering if I could've pushed the final proof a little longer. Will know tomorrow when I cut one open. The other has been gifted. 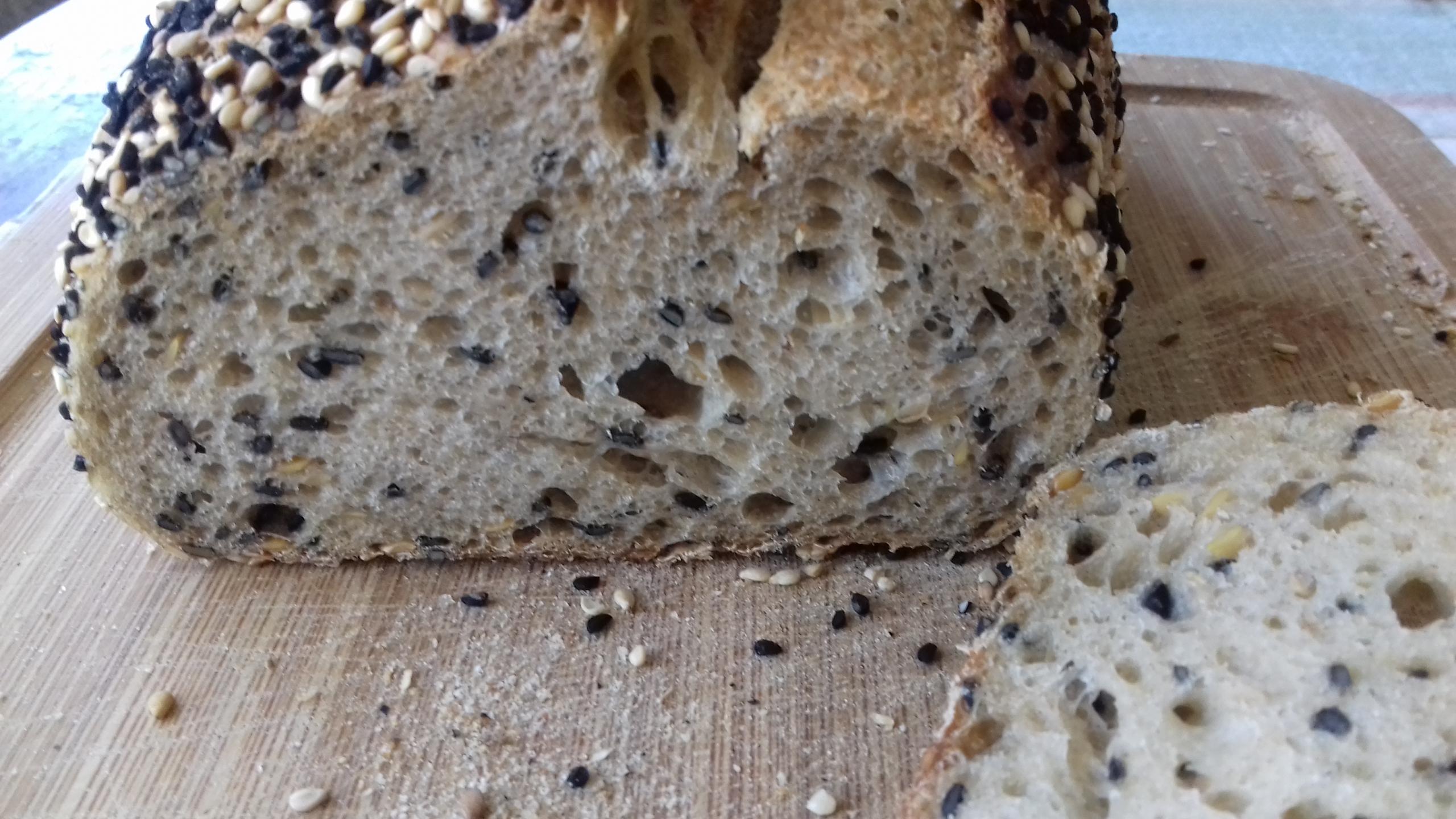 Crumb is tighter than I'd have liked, which makes me think I could've proofed longer -- or taken Caroline's lead and used yeast water as part of the mix (I shall get around to making one). Or, just feed my starter before mixing into the dough.

Because of the oats, the crumb is soft, with little bits of nubbiness from the seeds. I like the taste of this one, so will probably rework this again, maybe starting tonight.

I still, and always will, admire how you coat these loaves with seeds. Makes that crust look extra delicious. I know I should try this myself but I daren't incase I spoil the shaping.

P.s. give yeast water another try. It's well worth it and if you're interested I find that dried organic mulberries are easy and make a strong yeast water.

I agree with Abe, your loaves look beautiful with the seeds coating them. I really like this recipe idea - I need more do-nothing recipes in my life and will bookmark this one.  But if I can ask, and my brain is tired so I could be missing something - what's NaCI and if it's something that isn't obvious, why do you add it? And while I'm asking stupid questions - your semolina flour - is it the rimacinata semolina flour that is super fine and often used for pasta making?

NaCl would be the salt.

And, no, it's far from a stupid question. The semolina that is easily available here is ground, hard wheat, but not fine enough to be considered flour. So, no, it's not that fancy semolina rimacinata, just fine-ground whole-grain hard wheat. But I'm sure the fancy stuff would work really well 😊. You could also just replace it with anything else, I was testing a theory.

Thanks for the kind words and keep on baking,

Thanks.. by the way, for how long was the starter unfed and in the fridge before this bake?

Thanks in advance.. frank!

Sorry about that, it would've been just as easy to type "salt"…

The starter hadnr't been fed in about a week or 10 days, I don't think it went two weeks without a feed.

BTW, there's absolutely no need to get tied up in knots about the flour blend: Abe's recommendation is 500g of strong bread flour, with the option of swapping in up to 20% of something else (the stronger the better, because of the long fermentation). Then the 350g of water, the 10-20g of levain and salt. That's it. The rest is embroidery.

I did cut this open today and really like the taste.

I don't get anywhere near the kind of oven spring as you,  but maybe I'm just weighing down the dough with too much stuff 😊

and how brave to tinker with all those variables at the same time!

What moulin did your T80 come from out of curiosity...you know how I am curious to try that Moulins bourgeois one...

The loaves look so amazing and the ingredients listed make be surely want a bite...and also always enjoy your write ups.... Kat

Yeah, I know, too many variables all at once, but I guess I'll never change.

The T80 is from a local mill in Burgundy, I believe that the Moulins Bourgeois are in Normandy. I do have a special bake planned with you in mind: I found some T80 at 12.4% protein, so once I get done with this lot, I'll move on to that and do a bake just for you, EIDB-style!

The loaves look like I could have let them proof a little longer, but I'm so afraid of going over that I pop them in the oven when I probably should grit my teeth and wait another half-hour or so. We'll see on the next batch.

Keep up your beautiful work!

That is lovely bread. Glad you tried the older starter. I found the oldest one gave the most rise...go figure on that one. I haven't ever tried a long room temp ferment with less levain. You said 10-20% ?  Isn't 20% about what most folks use with a 3-4 hr room temp ferment?  Since I cut the ferment to only a 30% increase in size before shaping and immediately putting in to retard I have had a LOT of oven spring and the crumb is more open...go figure again. Seems to all be so complicated and I am not one who likes anything that isn't simple :)

Yes, that was a bit of an eye-opener; the next batch, though, will be made with starter refreshed at 1:2:2, but I'll leave the ingredients the same to see what the difference is.

I'm gonna have to try retarding the shaped loaves; I usually don't, simply for reasons of fridge space. But I need to make one big boule in the middle of the week, so I can try retarding that, 'cause your oven spring is amazing.

I'm with you -- the simpler, the better!

I had an organic Granny Smith apple that was looking lonely in its bowl, and an organic orange that was dehydrating in the citrus basket. So I started a yeast water last night. I haven't been very lucky with YW, despite the fact that it made a levain that tripled in size in no time flat. I got the most amazing Frankenbricks. 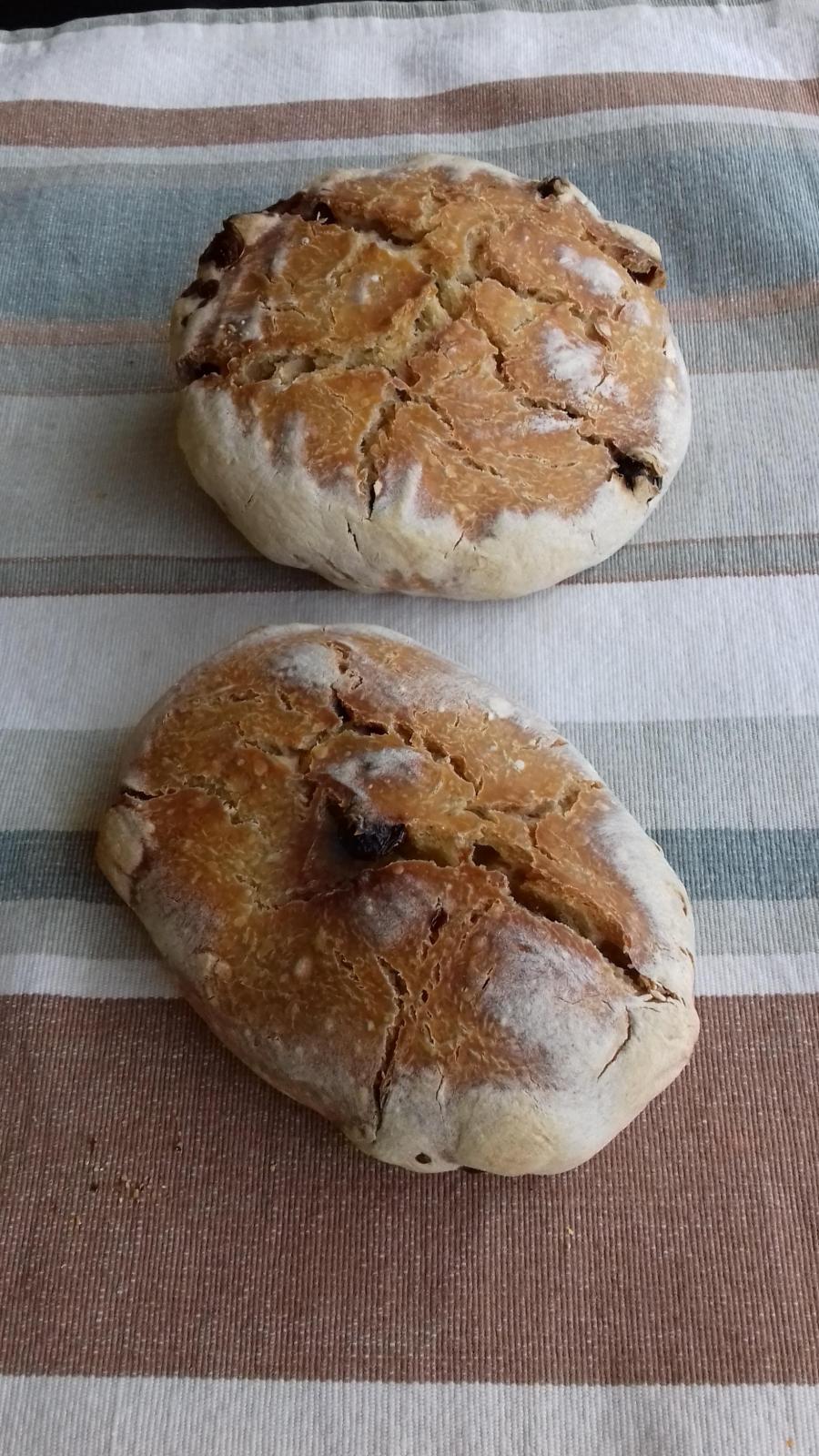 Two bakes like this dampened my enthusiasm for YW (I OD'd on bread pudding), and I stopped trying to leaven bread with it, but used as the dough water. That worked. I'll give leavening another shot… will keep you posted (and will probably be picking your brain)!

for clarifying on the amount of starter. I make YW breads all the time without making a levain. So don’t bother with it just use the YW for part or all of the water in the formula. Then so as not to get bricks watch the dough and don’t let it over ferment. You should be fine. YW goes almost as fast as regular active dry yeast so don’t let it get too warm as it goes fast. Good luck and thanks again