From the clutches of disaster!

From the clutches of disaster! 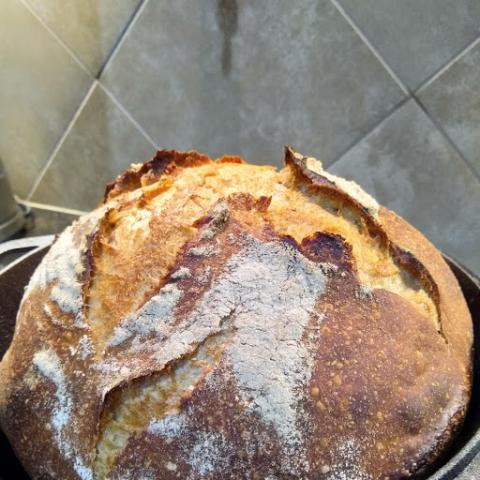 I've learned many things in my 60+ years, but one thing gets forgotten sometimes, and that is: Don't do too many things at the same time!
Preparing the dough for (Jeffrey Hamelman's) Pain au levain I was distracted and poured 400ml warm water into the starter, instead of the 280ml.  Thankfully I realized my mistake, and added a 50g mix of rye, and bread flour.  The dough was a little more hydrated than usual, but felt great during the S&Fs, and in to the fridge it went.
Long story short:  Baking day oven was on for other things, and I forgot to place my baking stone in the oven.
Lodge cast iron DO to the rescue!
In it went.
Temperature increase achieved.  Dough goes in and 55 minutes later...HUGE sigh of relief! 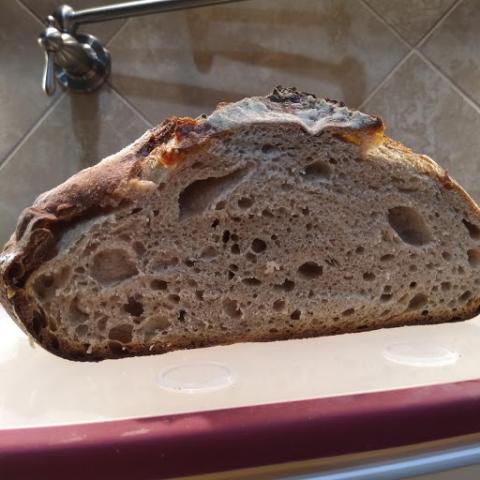 that it is not just me who does that! Especially, if I mix early in the morning before I had a coffee....

That is a lovely looking loaf Anne!  Happy baking, Kat

People do anything before coffee?
Not me!  LOL