If I hadn't just read about Tangzhong, what would I have thought about the bulgur that I cooked and pureed? I had to keep adding more and more water, until I had 4x the weight of the bulgur in there, and the consistency of wallpaper paste. I kept adding more because I hadn't realized what I had been making. You probably already know this, but bulgur is already cooked, a.k.a. already gelatinized. I'm not sure why anyone would want an overly complicated way of creating a tangzhong with a wheaty taste.

I soaked some kamut berries. Something came up so that I didn't have time to blend them and mix into a dough, so I left them soaking for another 24 hours. They began bubbling, and somehow I thought either this was yeast water or this was going to kill me, because it smelled bad. I had gotten so far as doing the first stretch and folds before Abe pointed out it was likely to be more alien stowaway than yeast, because the soaker was essentially going through the first sometimes very bubbly stage of creating a sourdough culture, when all sorts of other organisms thrive. Abe prevented a novel literary genre from being born: the snuff forum thread. 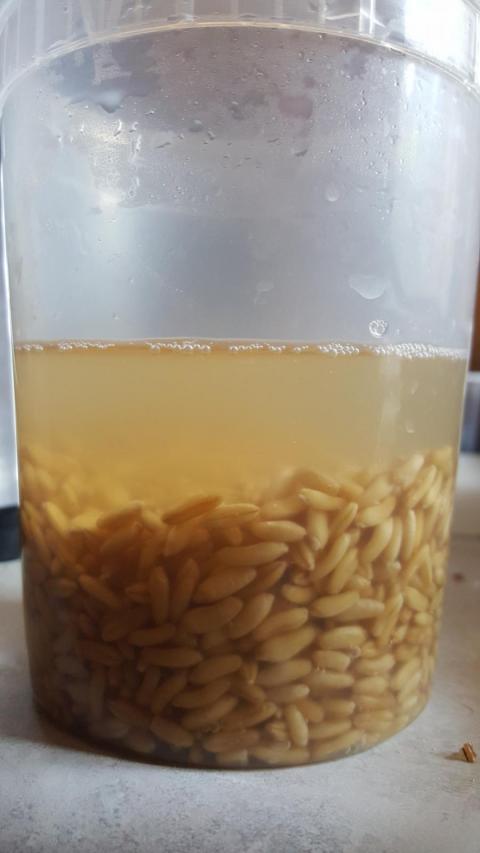 The interesting part about the soaker-in-a-blender technique is that hydration has to be adjusted by feel. Some of the ground up grain end up fine enough to be flour, some not. I create the recipe by counting the dry grain as part of the flour weight, but this time (the second, non-gross-smelling attempt at a 25% kamut loaf) I had to add more water to get the dough to feel right. I'm sure some of the water is getting lost in the transfer to and from blender, but maybe the kamut also absorbs more water than regular flour. 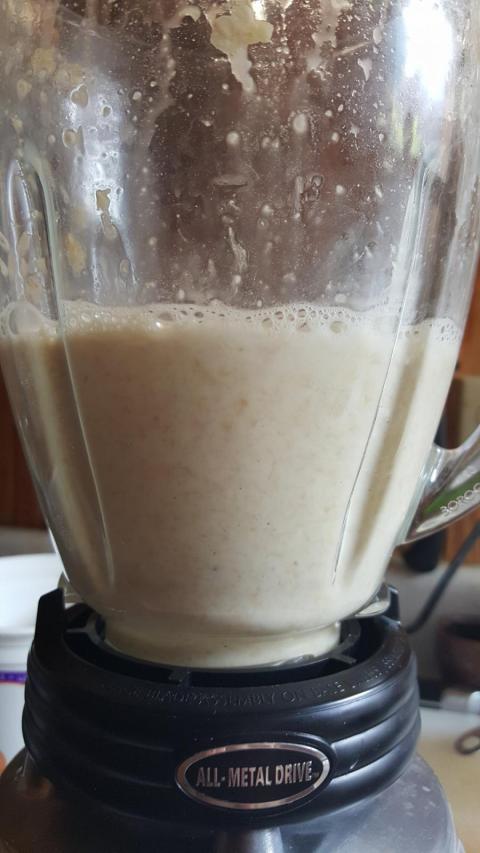 The finished loaf has a very moist crumb. It's a bit more sour than I'd like, because I bulk fermented it slightly too long, having run off to see Crazy Rich Asians after the last stretch and fold. 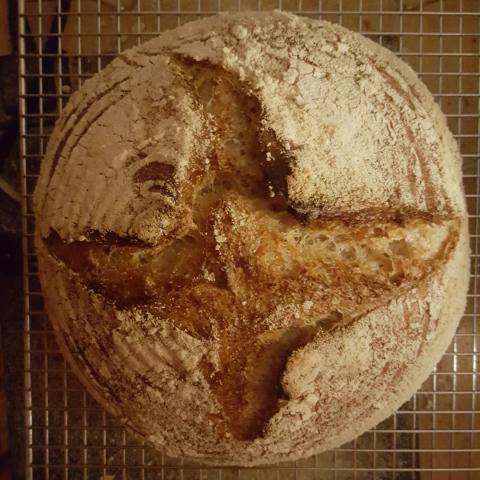 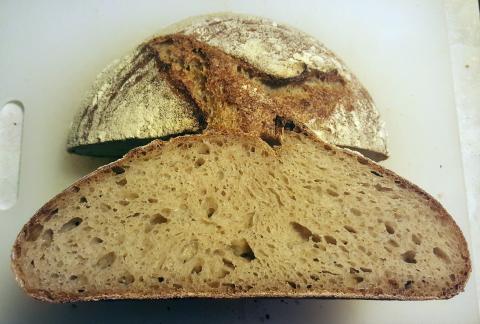