I bought a banneton because dough kept sticking to the floured cloth I was lining a bowl with. I've made two loaves with it and it hasn't stuck yet. The first was a 1 kg 30% whole wheat loaf, which I scored too shallowly to get the dramatic relief of my previous 1 kg loaf. It has the most even crumb of the sourdough loaves I've made. My loaves always have a dense area in the bottom middle. Probably that's where I'm pinching everything together when I'm shaping the boule, and popping all the bubbles from bulk fermentation. 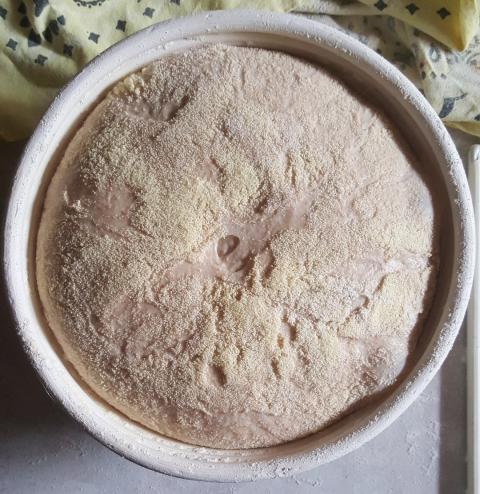 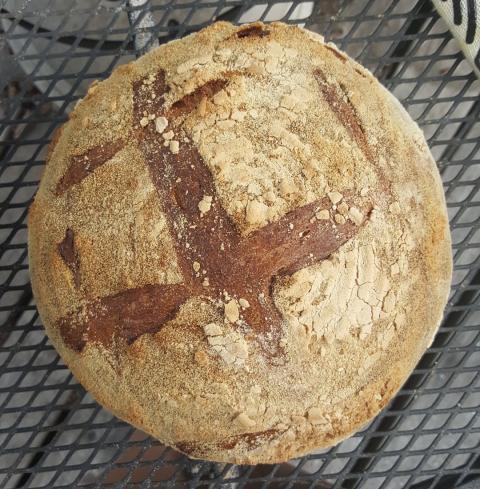 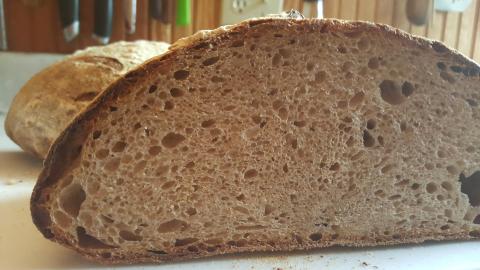 After looking at so many graphs of growth vs temperature of sourdough yeast and lactobacteria I started to believe they were real, I've decided that room temperature fermentation is both easier and more delicious. I'm not really looking for much sourness. As an experiment I made enough dough for two loaves. One I bulk fermented in the fridge for three days, and proofed at room temperature, and the other I bulk fermented at room temperature and proofed in the fridge. The latter came out much better than the former, possibly because three days wasn't long enough in my cold fridge. Both turned out more sour than using room temperature for all stages. Cold proofing seems like a good way to manage your schedule to bake first thing in the morning, though. I'd rather bake at night and wake up to bread that has fully cooled.

I made two peach pies, one using this no-cutting-butter-into-flour recipe, and then because the crust had such short walls, I used the usual method. Except I forgot that all crust shrink, so both pies were quite shallow. The first filling was thickened with flour, and the second with roux. I couldn't really tell a difference in taste, to be honest. The roux pie had a better consistency, probably just because I used enough peaches to fill the crust. The green bits are basil, which I like in theory, but in practice I'd rather just have a little cinnamon in a peach pie. 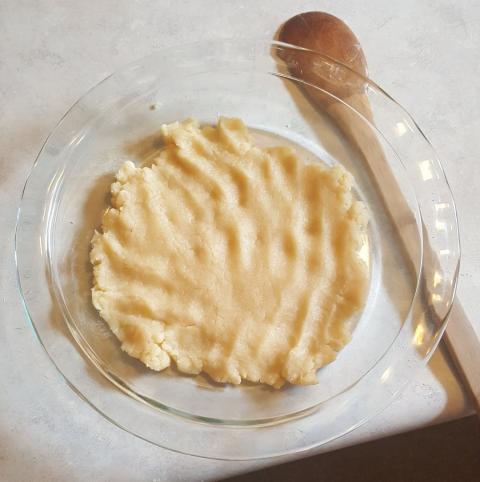 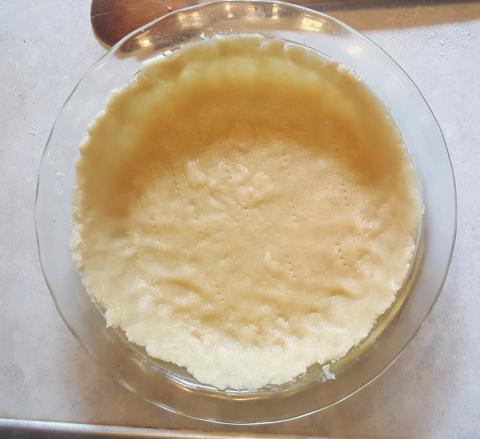 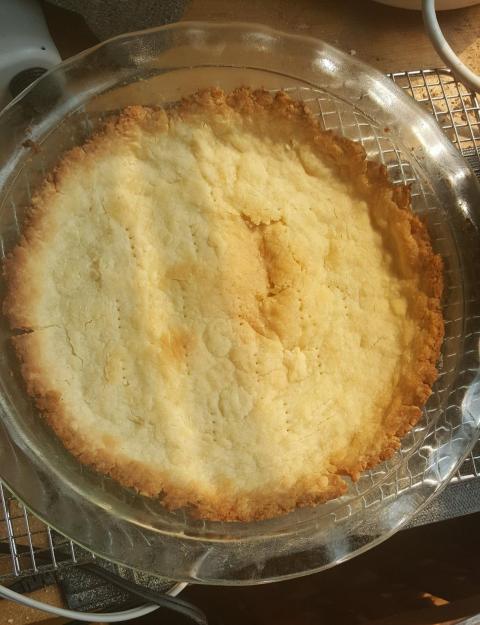 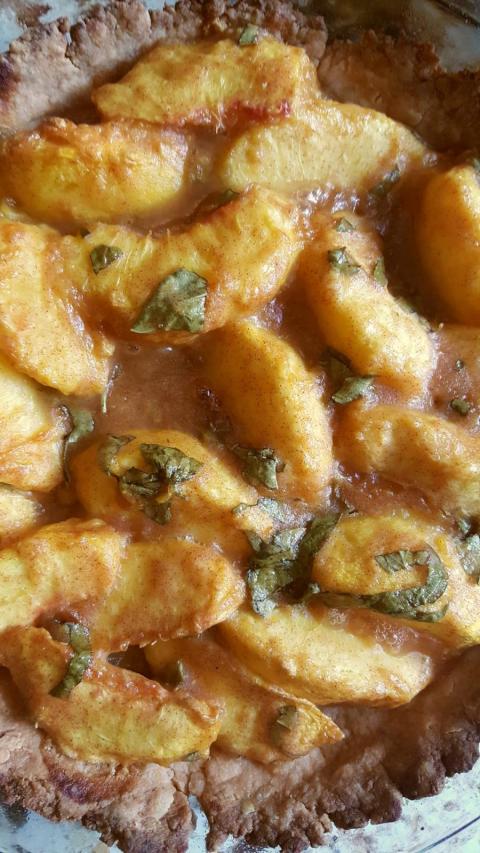 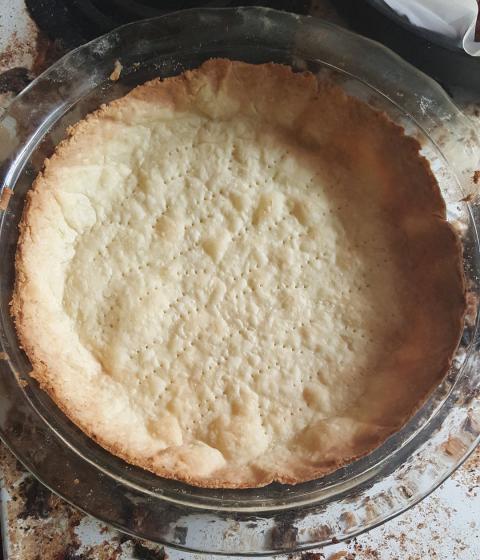 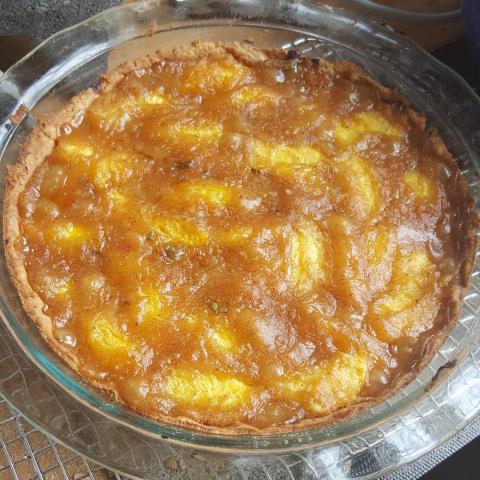 The last experiment was using a blender to grind wheat berries that had been soaked in hot water, and using the resulting sludge in a loaf of bread. I had imagined the blender would create a fairly fine batter, but it made an uneven mixture of nearly cracked-wheat size chunks, and particles possibly fine enough to be flour. I think this was due to 1) too much water, 2) wheat berries being too tough even after soaking in boiling water for three hours, and 3) a not very effective blender. The resulting bread tasted great, though. Next time I'll try bulgur with less water in the blender. 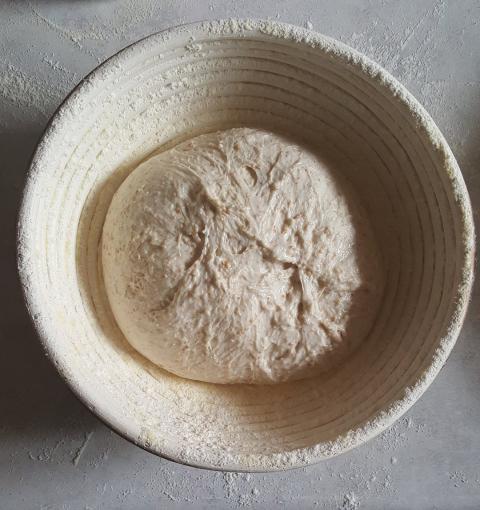 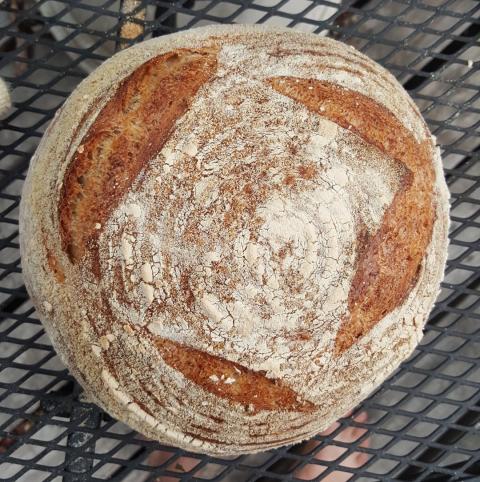 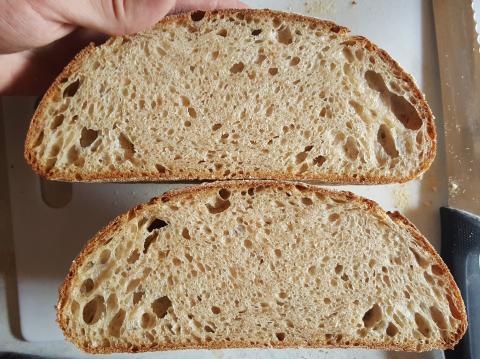