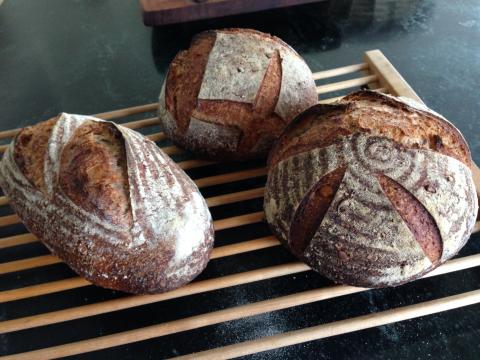 Okay, the grain bill was different than Hamelman's but the rest of the bread was per the formula.  Good stuff!

Super nice! I can’t wait to see the crumb.

can’t wait to see the crumb shot!  what was your mix of grains? I suspect almost any mix will be great though, it would just have a different flavour profile?

One loaf is eaten, one was traded for cookies (the owners of Blue Chip Cookies in Leawood, KS are friends), and one loaf is in the freezer.  The crumb was more open than a typical sandwich bread but no massive holes.

For the grains, I used Bob's Red Mill 9-grain cereal mix, along with some sunflower seeds and pepitas.  There may have been some bran in there, too.

I just remembered that I didn't use the yeast kicker in Hamelman's formula; opting for sourdough alone.  Very tasty bread!

And my oldest daughter's homemade coconut spread made a very nice topping for it.

Your loaves are lovely, make me crave toast!  I'm also fond of this recipe as it changes each time depending on what's in the freezer to play with.  I'd love to hear more about your daughter's coconut spread if she's willing to share the recipe.

the source.  So, something like this: https://blog.freepeople.com/2015/02/easy-3-ingredient-toasted-coconut-butter/, I think.

I seldom get the scoring right. I think beautiful scoring can only be achieved when the proofing duration is perfect.

I just baked some chocolate fudge cookies. They taste great but I'll be very willing to trade them for your bread!

Yes, we could work out a trade if we were closer, although it would be to the detriment of my waistline.

Scoring is a hit or miss thing for me.  It really requires more practice than I get baking a just a couple of loaves some two or three times a month (less if the freezer is overstocked).  The lame I received as a Christmas present has helped but it can't make up for my lack of practice.

I won't dare to call them healthy but they are definitely lower in fat when compared with most recipes.

I made a tiny batch of 5 small cookies in case I eat the whole batch: 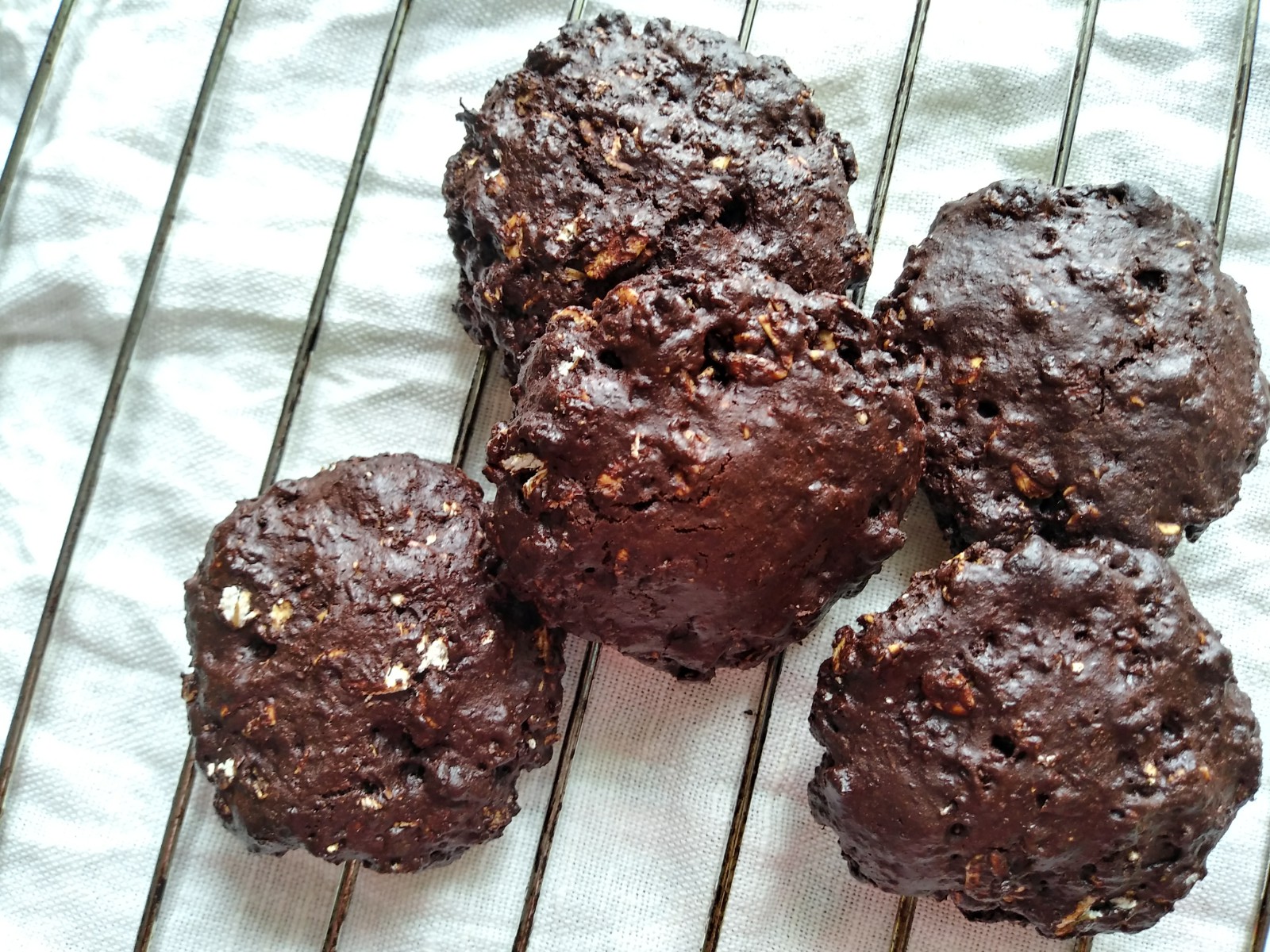 Some may find it not sweet enough but you would like it if you enjoy a bitter-sweet brownie.

And I like your small-batch concept.  We could call these "Damage Control Cookies", what with the reduced sugar and small yield.

Too bad we can't see the crumb, but knowing you and sure it was just right.  Nice to see a post from you again and hope you are doing well.  Are you still teaching a baking course?

There's another class coming up this Sunday, as a matter of fact.  It was meant to be the second of a four-part series until our nephew's untimely death threw a monkey wrench into the plans.  So, now it is the second and last class of the series.  Not to be confused with second to last or second class, mind you.

Actually, the classes sometimes interfere with my personal baking.  That's especially true if I'm testing recipes for new classes, as I was for this series.  Even when I give bread away to the neighbors, I still wind up with a bunch in the freezer that has to be used up which, in turn, means the oven stays cold even though I'd like to bake some more bread.

Glad to see in one of your recent posts that LI is starting to experience some Spring.  We've had a week or two of it and I think that Summer is about to land on us with both feet.

Glad to hear you're still at the teaching.  Maybe one day when I'm retired I can give it a try as well.

Yes, nice to finally have some nice weather today and the rest of the week.  Supposed to get up to almost 78 tomorrow :).