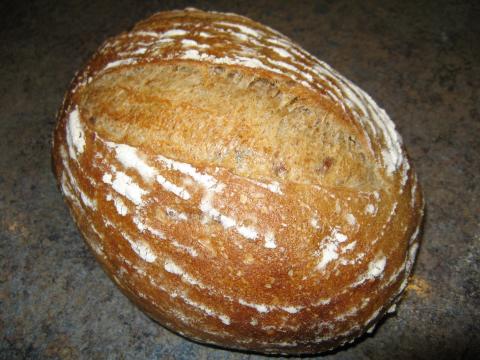 So, I made a big pot of caramelized onions the other day, and wanted to try various recipes. I was also inspired by a discussion we had about using beer in sourdough. So that serendipity of events led to a bake of Hamelman's Beer bread with added caramelized onions!

This is a nice sourdough (or rather, a hybrid) that uses a liquid bread flour levain, a stiff rye sour and a bit of dry yeast (so you can make and bake on the same day). The beer is used as part of the main dough water. Hamelman uses a dark ale, but I used my hubby's homemade stout. It's a lovely dough - smooth, stretchy and strong. I added the onions (100 grams to the recipe which makes around 1800 grams of dough) during a last couple of stretch and folds (the dough is made in a mixer, including the first 'stretch & folds' done by running the mixer for a few seconds every 20 minutes). 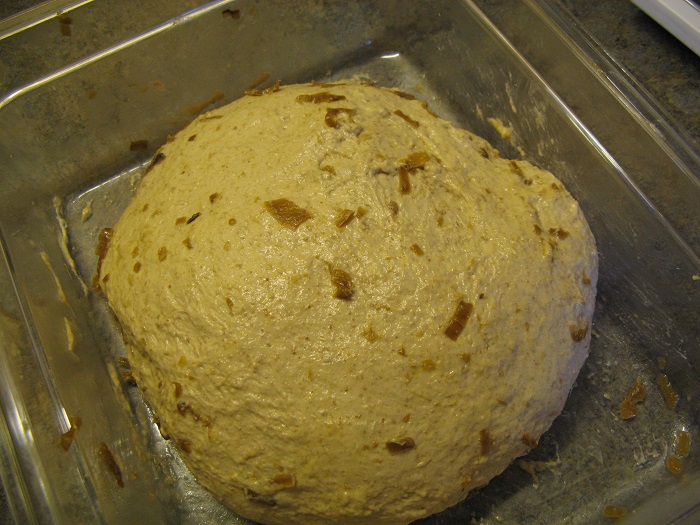 After about a 2 hour bulk ferment I scaled the dough into three smallish loaves of just under 600 grams each, and put them into bannetons to proof. I needed to go out for a bit, so I popped them into plastic bags and into the fridge. When I got to them about three hours later they were quite well-proofed, probably about at peak. They did hold their shape fairly well on the peels and after slashing. 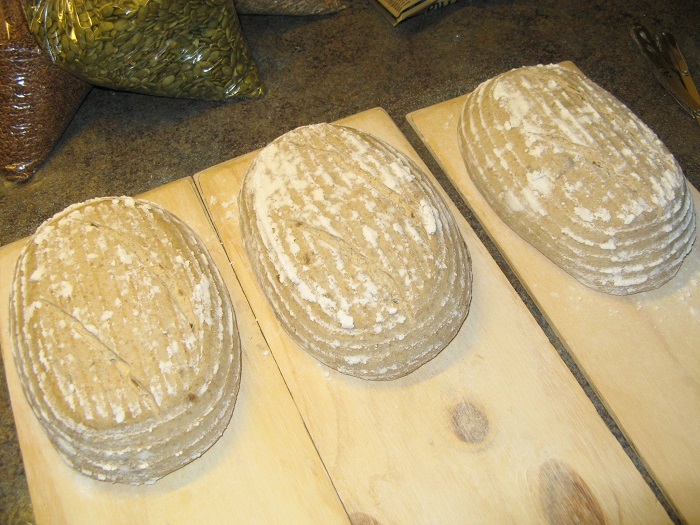 There wasn't a lot of oven spring, as I don't think there was much 'push' left in the dough, but it still expanded a bit in the oven and held it's shape well. 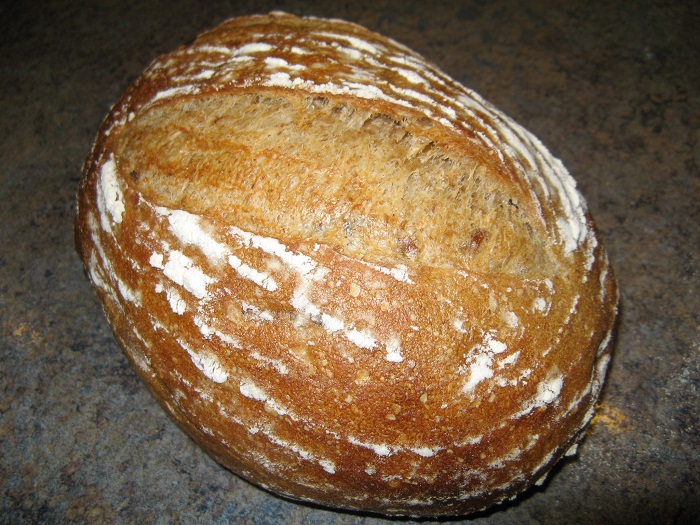 I had some toasted for lunch today, and we had some with our pea soup for dinner tonight. Lovely bread - good flavour, moist chewy crumb, nice crust. The onions basically melted into the dough, but the aroma and flavour were there. I will definitely make it again! 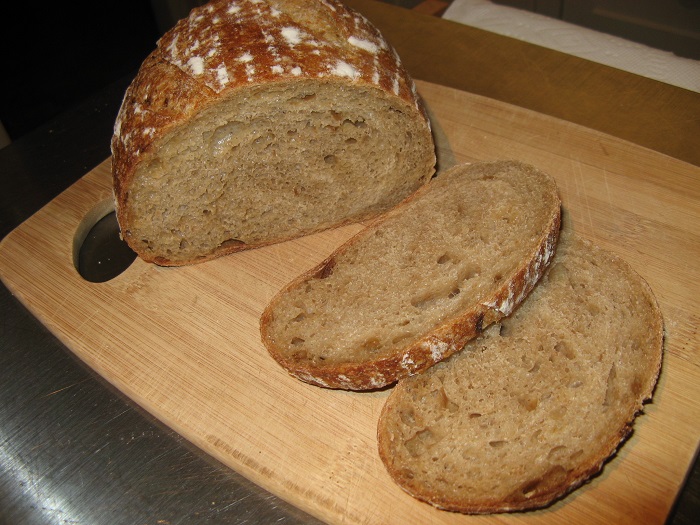 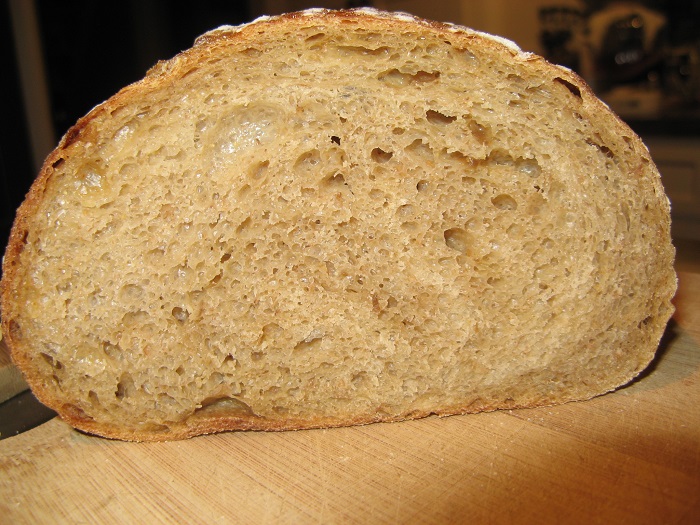 What a great loaf! Onions and beer are a wonderful combo! I wish I could taste it. Well done!

Your Parmesan and Onion bread is next! :)

The flavours must be awesome. Looks wonderful.

The flavours are awesome, for sure. Just had some cheese toast for breakfast, and it's amazing toasted with cheese melted on the top!

I have never used beer in the bread but have to try it once. I also plan to bake with red wine like merlot or cabernet suavignon. The only time I used fried onion was in combination with minced pancetta and that was really very tasty combination.

Thanks for the inspiration and happy baking!

I can just about smell it!  I too have never used beer in my bread or onions for that matter - time I got adventuresome! it would be wonderful with soup, so will put it on the list to try once our autumn/winter kicks in soon!

i have made quite a few loaves of bread tHat looks like this one inside and out where the dough was fully proofed so not much spring but no collapse eithe😀 Stilt. Was great bread!  Well done and happy baking LL

Great looking bake and one of my favorite combos.  I love adding caramelized onions to bread and just about anything :).  Your crumb came out great on this one as well.

Here is one from my archives that you might want to try :https://mookielovesbread.wordpress.com/2016/12/04/spelt-kamut-pale-ale-onion-bread/.