VERMONT SOURDOUGH, THE WAY THAT WORKS FOR ME

VERMONT SOURDOUGH, THE WAY THAT WORKS FOR ME 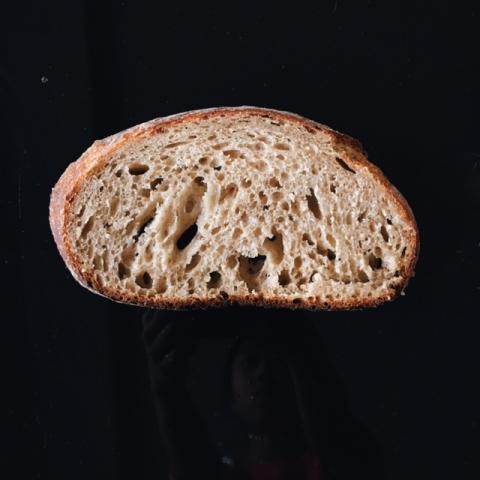 This was the first loaf I sliced open and didn't feel disappointed in... really, really proud of this one. Increased the hydration and rye percentage of the trusty Vermont sourdough and used a 100% rye levain build using the No Muss No Fuss method. The tang of this one was perfect and ghskdfjzdsjkfskdllss it just gives me such joy. Made egg-in-a-hole with it for my dad's Father's Day breakfast plus my homemade bacon jam and olive oil drizzled tomatoes :))))))) Really gotta thank Lechem !!!! and Dabrownman !!!! for helping me with my incessant questions! I'm beginning to get the hang of how to tweak variables to suit my timing/temperature/taste. I wonder what I should try next. A different technique (been eyeing Breadwerx's Champlain Sourdough)? More whole grain? Add-ins (rosemary-apricot sounds amazing... or maybe kinako-cashew...)

Here's the procedure if anyone wants to know. It's a pretty good method if you live in a super hot climate like me! (Any Singaporeans here?)

Used a different shaping method this time too, and I'm pretty pleased with the results. I just can't pull off Breadwerx's method (the amount of dough I stretch into the centre varies each time hahahha) Did a simple letter fold and manipulated it into a round shape by pulling towards myself. Also, didn't use ANY flour because I suspected the ugly holes the previous bake were because of flour pockets.

Tried a fancy score. I think I should get a proper razor/lame soon HAHHAHA the fruit knife doesn't really cut it.

BTW, is there a difference in the crumb between the 11h and 13h proof? Could I have pushed it even longer and would that have yielded and even more open crumb?

I can only wish for that crumb. Can only echo Elasquerino "Perfection"!

Everything about making bread is all about what works for you.

Bread in the spirit of FWSY
Beer Bread with Spent Grains