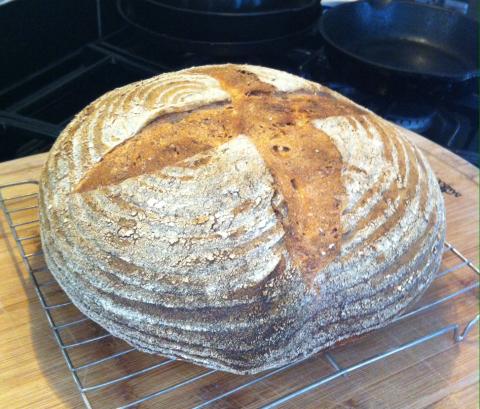 Howdy ... I haven't posted in awhile, although I've still been baking, focusing on using Reinhart's BBA basic sourdough recipe (20.25oz flour, 10.2 oz starter, .50 oz salt, and 15.2 oz water). For Christmas I received 2 cane brotforms and so I've moved from batards to boules (although I did also get a linen towel that I plan on using as a couche for batards in the future).

Attached are a few pics. The main blog pic is a bake from last week (crumb of that loaf is posted below). It uses the BBA basic SD recipe but has been modified to include several types of flour: KAF bread flour, KAF AP flour, KAF white whole wheat, sprouted wheat flour, and rye flour (the list is in order from most to least). Oven spring was so-so, crumb is OK. I've been working on getting good gluten development at 70%-plus hydration, which after experimentation (using my Kitchen Aid) is about 15 minutes for dough made mostly from KAF bread flour, and about 20 minutes if I use half KAF bread flour with whole wheat/rye. I knead for 5 minutes, then let the dough rest for 5 to 10 minutes, then knead again for 5 min, etc. 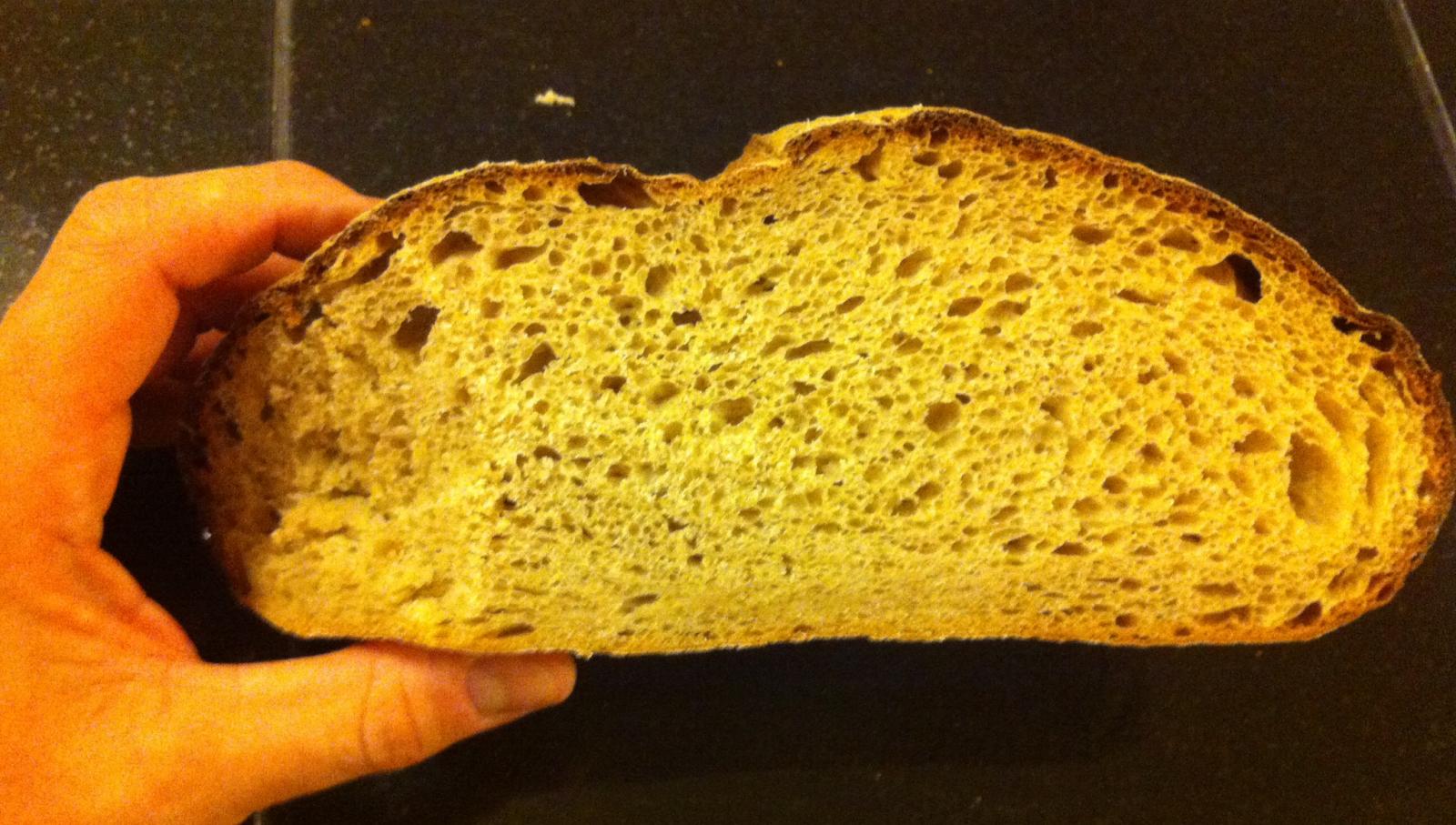 For Christmas I also got a copy of Forkish's FWSY, so I've been also experimenting with autolysing from 1 hour to 12 hours.

Shaping boules is a bit different than batards, which had been giving me some problems. Most recent bake (baked on the night of 1-14-2015) is also attached, on this version I modified the BBA recipe by upping the hydration to 76% and also did a pre-shape and a final shaping (previously I had only been pre-shaping). The oven spring is much better. 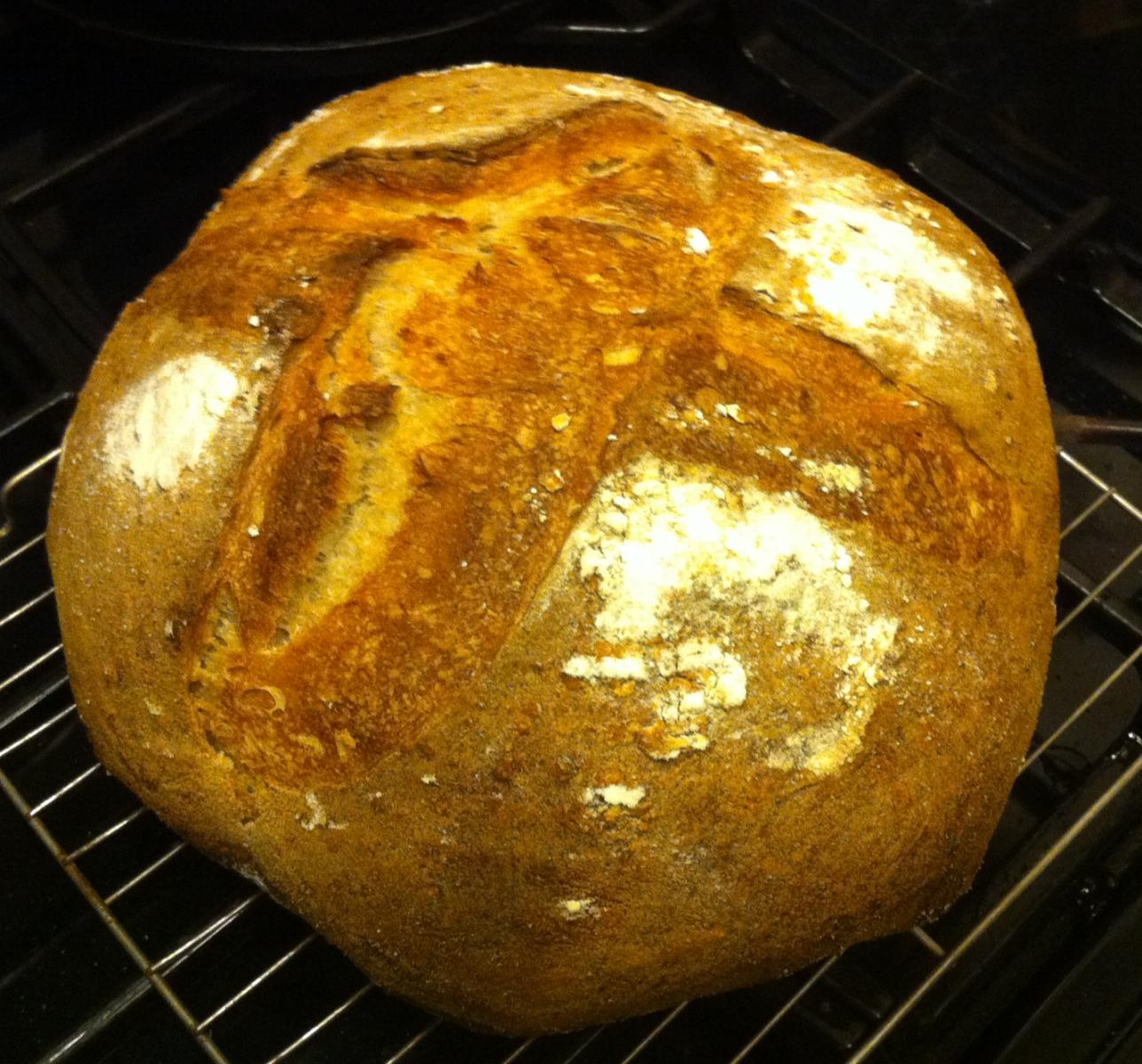 At the moment I have the next dough proofing after the pre-shape, it is a modified BBA recipe to 79% hydration.