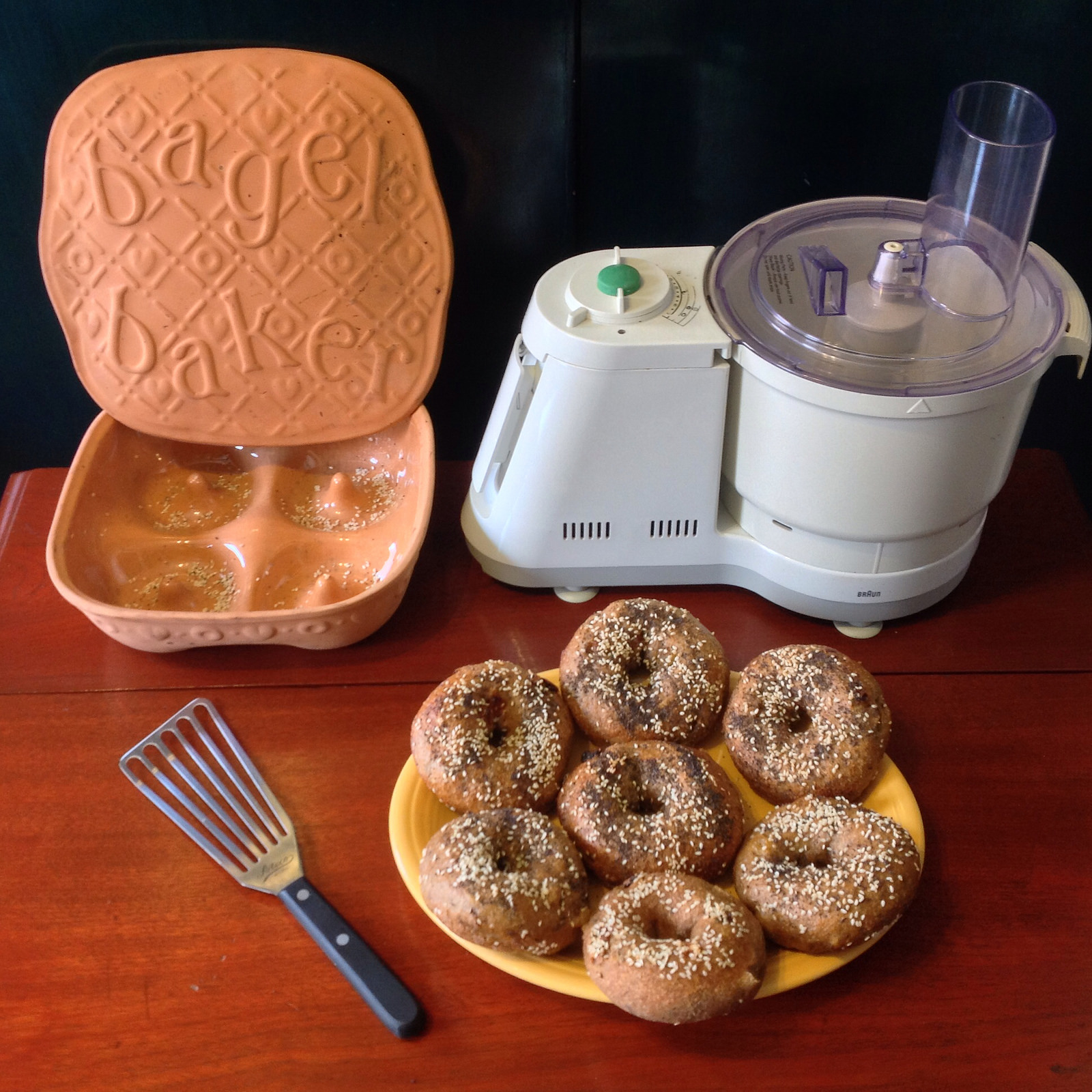 So the directions that come with the Romertopf call for soaking it 10 minutes and then placing it with the boiled bagel rings into a cold oven, setting it to 450F, and baking for 45-50 minutes. This guarantees no oven spring whatsoever.  Have in my possession two of these Reco Bagel Bakers, one of which was purchased used and showing its age. Took the lid from that and seasoned its interior with peanut oil, so it would hold in moisture just like the glazed base, rather than create its own steam. Then dropped my freshly boiled rings into the Romertopf pre-heated at 450F, baked for 10 minutes at 400F and twenty at 350F. Noticeable oven spring and a more tender a crust than following Reco's directions. Still good and chewy this way, while retaining more of the flavor from the aromatic seasonings I throw into my Everything And Then Some SD Raisin Rye Bagels.

Might add that the 625 Watt Braun K-1000 I also scored used on eBay makes kneading three pounds of bagel dough a breeze. This unit has not been in production for a  couple of decades; the newest 950 Watt model has been EOLed as well. A few are still available here and there, on Amazon, eBay and around the web, but only a 220 Volt version ever made it into production. This K-3000 can still be operated on NA current, using a step-up voltage converter/transformer. I purchased both these items (in addition to the old K1000) but the LiteFuze converter I received was a previously returned lemon that Amazon just reshipped to me rather than bother returning to the distributor. So although the K-3000 I found did test okay, will have to wait for a working ConvertingBox before I can actually use this newer Braun. In the mean time my "vintage" K1000 is running fine, just hope I don't burn out this one like I did my last, fifteen years ago. 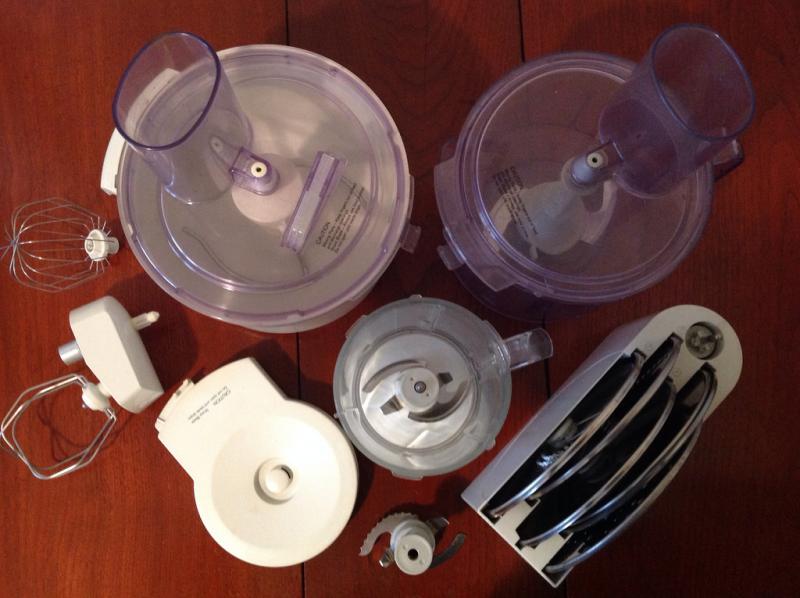 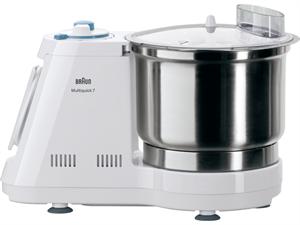