Back again with a loaf I can't resist writing about because of the aromas the ingredients filled my house with while it was being prepared.

The corn meal used in this loaf was cooked in the morning along with part of the water, all of the molasses and all of the coconut oil.  It was left to sit out and cool all day.  The fragrance from the pot was intoxicating.

The results were a loaf with a beautiful dark golden crust and a very soft crumb. 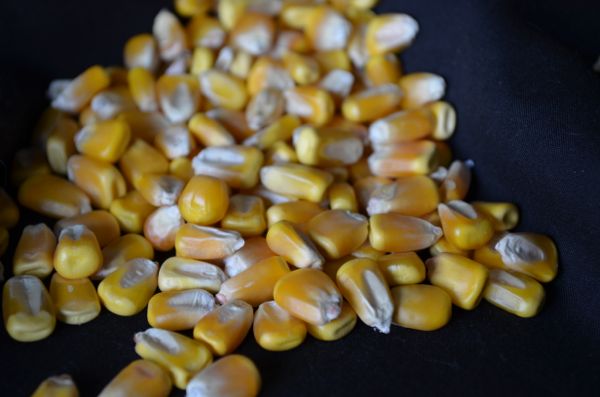 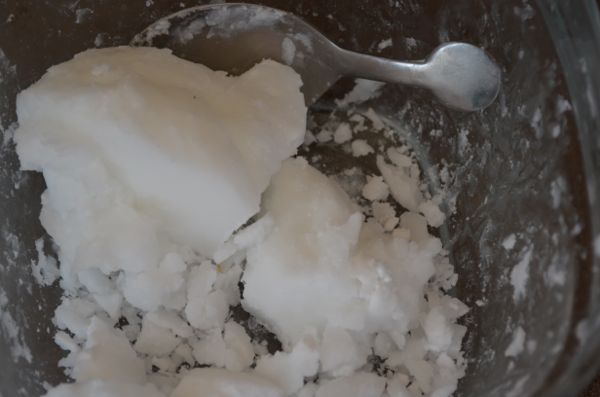 Coconut oil was solid at the onset but soon turned to liquid when added the the corn meal 'porridge'.

The molasses added a sweetness, color and bouquet which turned the whole pot into something that someone might label 'ambrosia'.  This surprised me because I am not a big fan of molasses...or at least haven't been but now I must re-think my former bias. 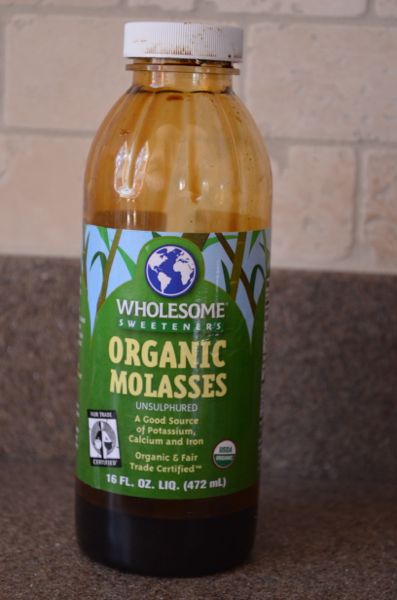 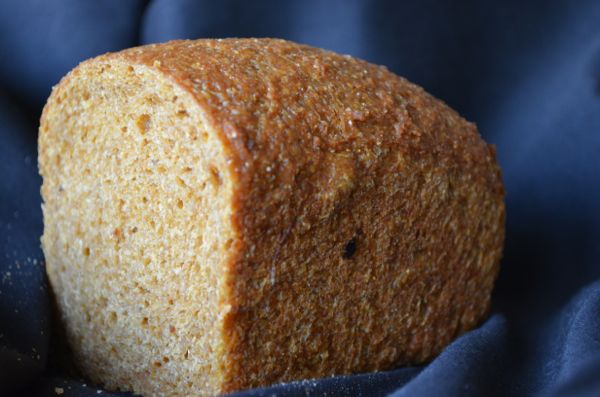 The original recipe was from Laurel Robertson's 'The Laurel's Kitchen Bread Book'.

I took great liberties by converting it to using a WY leaven and retarding the dough overnight.

The book describes this dough as being a tough one to knead when the cooked corn meal is added.  She kneads by hand.  I don't  so the mixing presented no problems and was added after the gluten was pretty well developed.

This is a loaf I will be baking again and again.

out of the corn Janet!  What an exciting idea.  It really paid off too.  So did you use your yeast water or SD of this conversion? In either event it was very well done.  It's one of the best looking loaves we have seen for some time.

Thanks for reminding me that I did use YW in the leaven.  I do it all the time now so it simply slipped my mind.  I will use the edit key and fix it right up :-)

Yes, the corn meal is a type of roux but the ratio of water to corn meal is not like the one Floyd just posted.  This more closely resembles a mash in consistency but the temps. weren't within mash range....In layman's terms I'd simply call it corn meal 'mush' but that doesn't have the same ring as roux  :-)

Thanks for the compliment.  You flatter me!

Thanks Floyd.  I can't remember who baked an Anadama loaf here in the past but I am sure this is where I got the idea.  Just took awhile to make it to the top of my list :-)

Oh the color, Janet! What a beautiful bread you baked!

I have baked anadama from "Whole grain breads" book, but never Laurel's recipe. This has to be an excellent bread given the ingredients. WOW, you inspire me to bake Laurel's one.

You always inspire me to look back into Laurel's book.  She does have a lot of good loaves.  I get carried away by all the loaves posted here and forget about the ones I have sitting on my book shelf.  In my opinion Laurel really is the 'queen' of whole wheat breads since she has been at it for so long and uses only ww.  I am glad her recipes convert so easily to using WY instead of IY.

The first anadama bread I baked was from PR's book.  Maybe it was you who inspired me to try it.  For some reason I decided to see if Laurel had a recipe in her book for the same loaf and she did.  I have baked both and this is my favorite due to how the corn meal is prepared.  Just seems to be a much moister and fragrant loaf.

beautiful loaf of golden bread! molasses is my favorite food.. i drizzled it on my toast and a dash of cayenne.

If molasses is your favorite food the 'porridge' may never make it into the loaf :-)  It really is tempting - almost screaming to be eaten right in the pan!

What a great adaptation of the recipe.  Sounds and looks like it must taste great.

You are one of the masters at trying just about any ingredient in a loaf.   An easy adaptation compared to the ones you work with  :-)

Gorgeous loaf, Janet, I'm in love with the color and texture of the crumb!  Must add this to my "to-bake" list :)

Thanks for your comment.  If you do get around to baking this I would love to hear what you have to say about it.  If you want more detailed steps on how to prepare I am happy to give them to you.  I just shy away from too much typing all at once on a computer....still a bit shy when using these things so I tend to keep things short and simple.